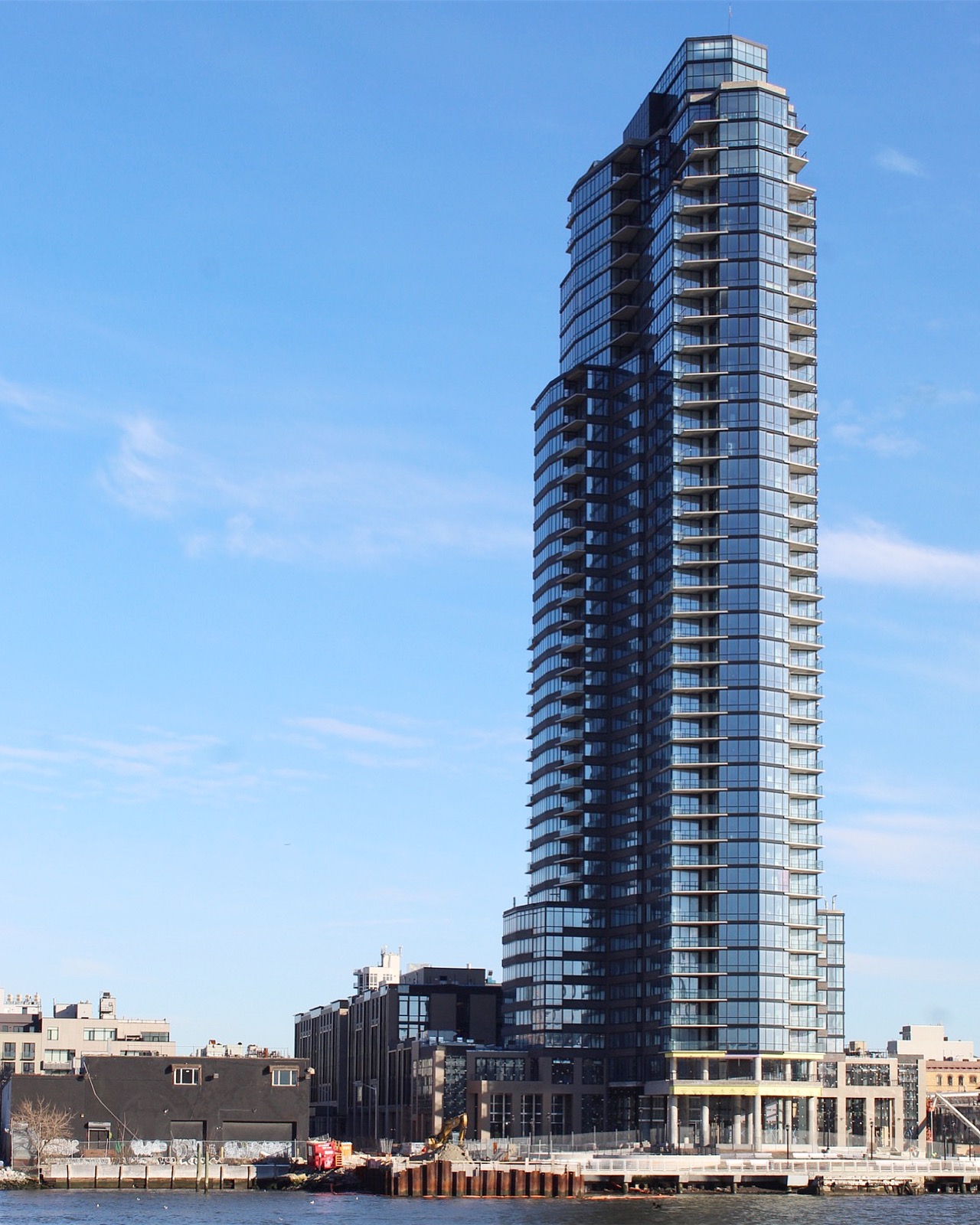 Located at 21 India Street, The Greenpoint sits right off the India Street ferry terminal along the East River. Isolated from the cluster of new towers rising on the waterfront by the Williamsburg Bridge and Greenpoint Landing to the north, it is the tallest skyscraper in the neighborhood. Designed by Ismael Leyva Architects and developed by Mack Real Estate Group, the 39-story residential development is almost complete and will have 500 units composed of condominiums and rentals. The entire 392-foot tall project is set to span 454,502 square feet. 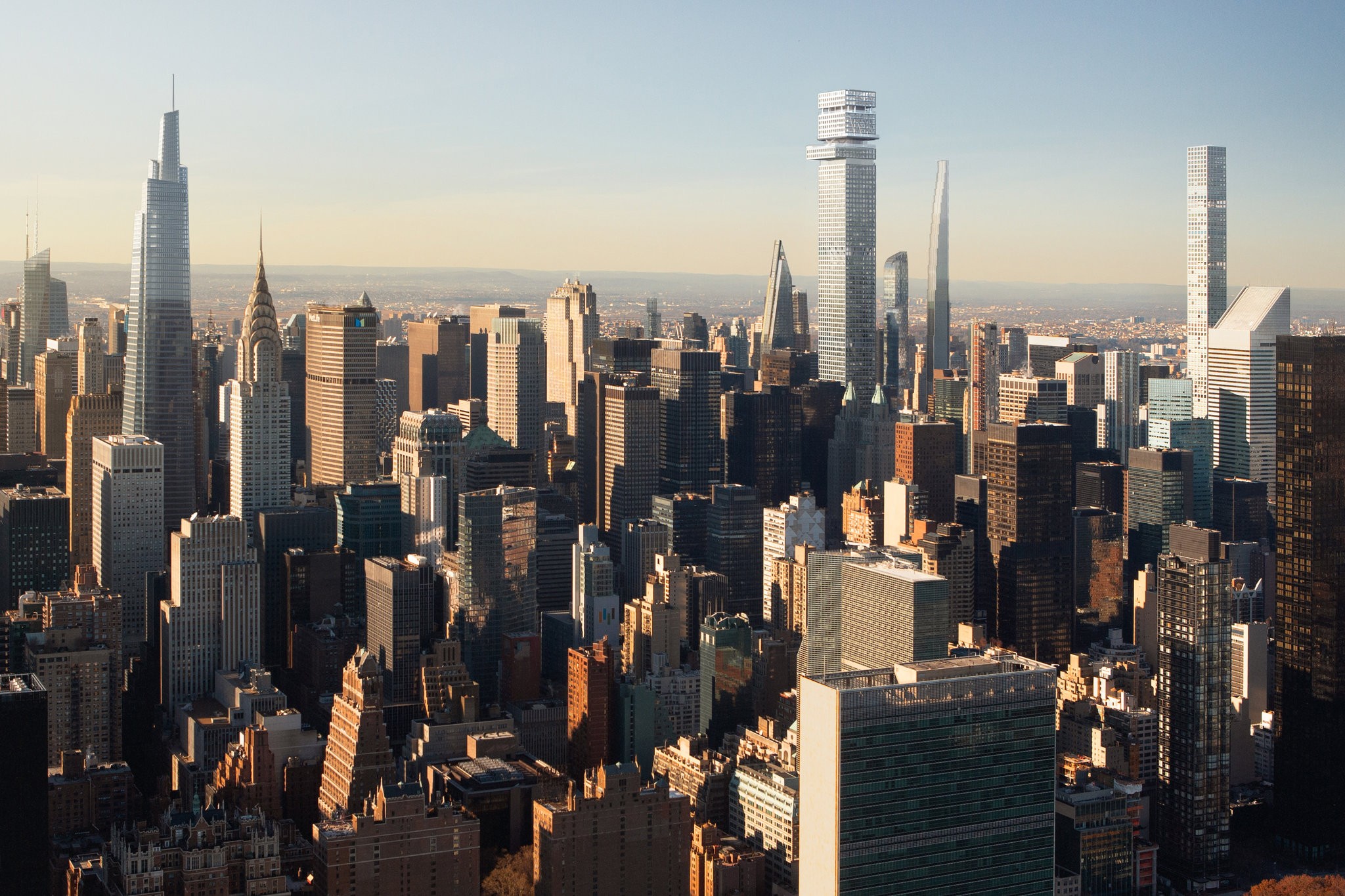 Skyline-defining towers have proliferated across the Midtown and Lower Manhattan skylines since the start of the 2010s, with the new World Trade Center joined by clusters in Hudson Yards, and 57th Street. Now, as One Vanderbilt approaches the 1,000-foot mark, a new race is appearing on the horizon in Midtown East. First, JPMorgan announced plans for a 1,400-foot-plus behemoth at 270 Park Avenue. Today, renderings have been released for Harry Macklowe’s planned office tower at 5 East 51st Street, which the developer has dubbed “Tower Fifth”. The supertall would become the tallest building in New York City by roof height upon completion, soaring 1,556 feet and six inches above the streets down below. 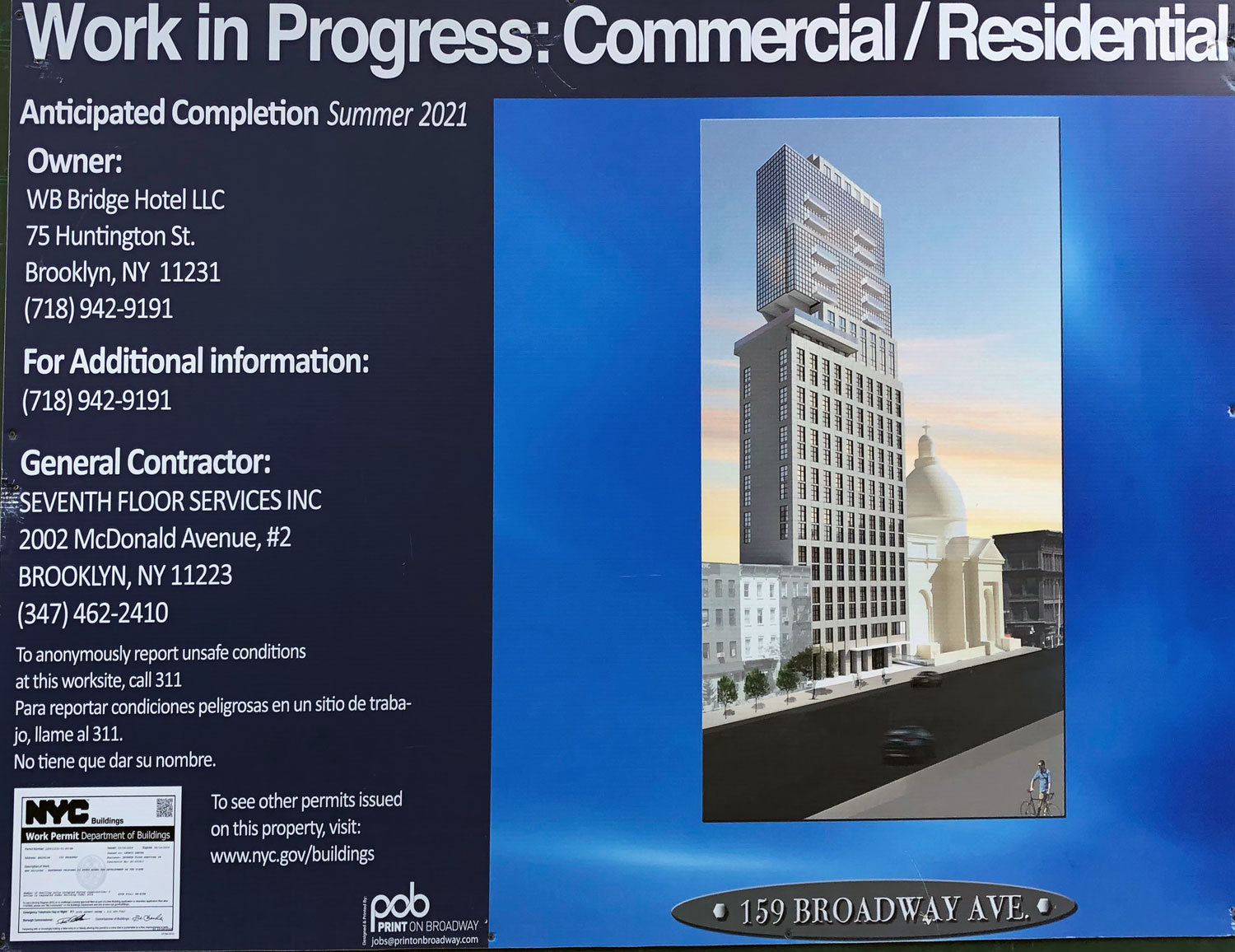 Flying under the radar for some time, excavation work on 159 Broadway Avenue is beginning to make some progress in Williamsburg. Today, YIMBY also has the first rendering for the impressively-scoped project, thanks to the construction fencing. Situated across from Peter Luger Steakhouse and immediately south of the Williamsburg Bridge, the site sits adjacent to the Williamsburgh Savings Bank. The 144-year old landmarked, domed structure will soon be surpassed by its future 133,340 square foot, 277-foot tall neighbor. This upcoming tower is set to become one of the tallest buildings in the neighborhood. It is being designed by Stonehill & Taylor Architects and is being developed by Cornell Realty Management LLC. 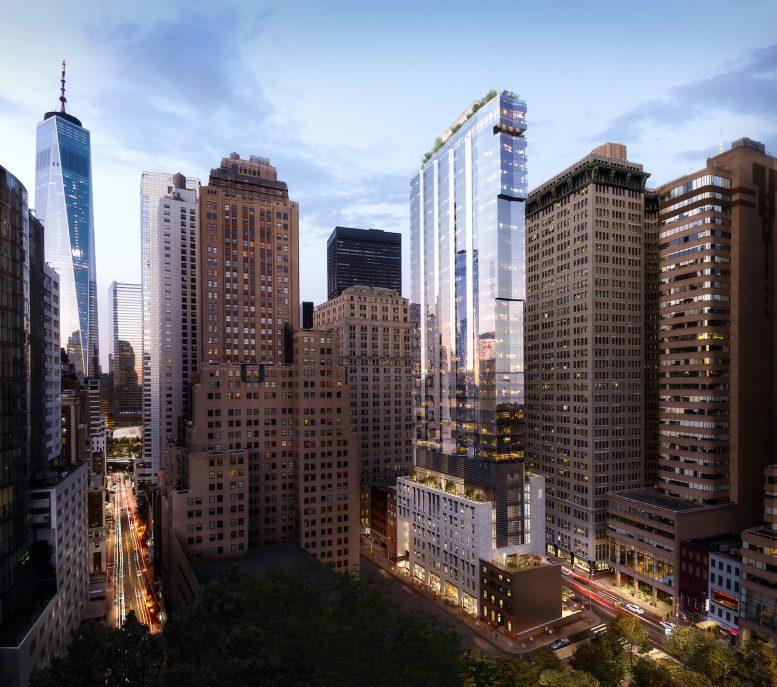 Work on 77 Greenwich Street is progressing rapidly. The imminently 500-foot tall and 42-story building is quickly rising above its podium, and has already reached its tenth floor. The FXCollaborative-designed tower will house 90 residential units beginning 150 feet above the streets down below. Interiors are being designed by Deborah Berke Partners. Trinity Place Holdings is the developer of the site, which sits on the western side of the Financial District.

Set to rise at the northern corner of Fifth Avenue and West 43rd Street, 520 Fifth Avenue is likely to be the first skyscraper along Fifth Avenue to top the 900-foot mark. The project will rise in the heart of Midtown, one street away from the eastern end of Bryant Park. The glass-enclosed tower will have 76 floors and stand 920 feet to its pinnacle. Handel Architects is the architect, and Arthur Hooper of Ceruzzi Properties will be developing in conjunction with SMI USA.