A former piece of Rockefeller Center is set to grow a bit. On Tuesday, the Landmarks Preservation Commission approved a rooftop addition to 75 Rockefeller Plaza.

About two months ago, the Landmarks Preservation Commission heard a proposal to create a mega-mansion out of the rowhouses at 11-15 East 75th Street. The commissioners, and the public, were quite unreceptive to it. On Tuesday, the team representing Russian billionaire Roman Abramovich, owner of the mega-yacht Eclipse and the Chelsea Football Club, returned to the LPC and found their revised proposal much more to the commissioners’ liking. 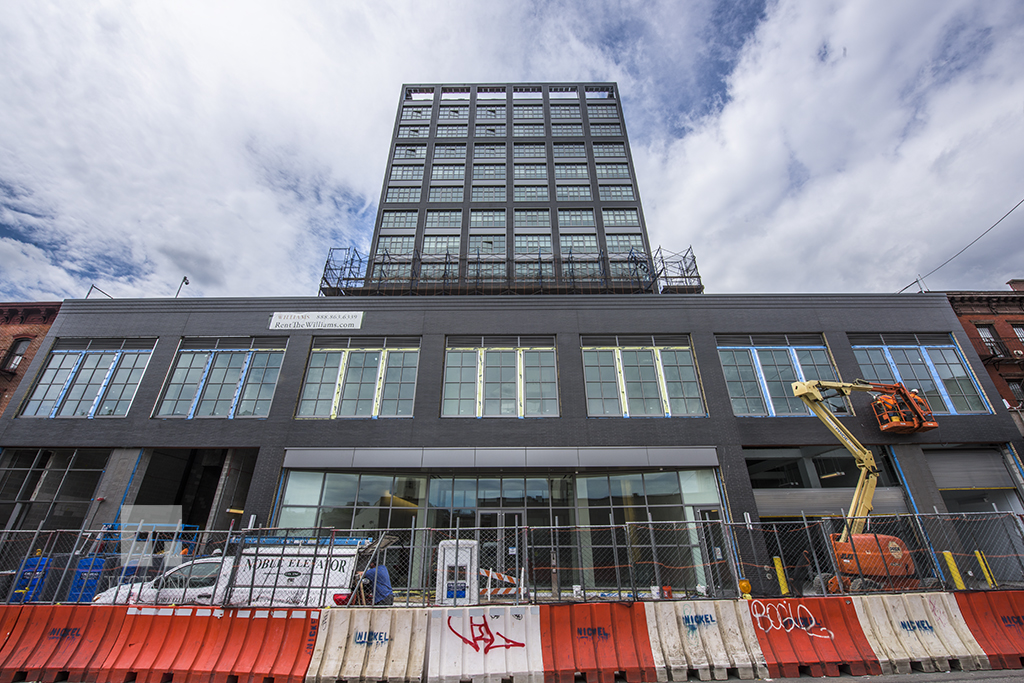 South Williamsburg’s latest upscale rental has emerged from its scaffolding at 282 South 5th Street, and photographer Tectonic recently swung by to give YIMBY shots of the construction progress.

When Robert Moses built the Brooklyn-Queens Expressway in the 1950s, he pushed the area between the Manhattan and Brooklyn Bridge approaches even further into isolation, hemming it in on all sides with highways. But OTL Enterprises managed to snag a large and favorably zoned parcel at 22 Chapel Street, just off Flatbush Avenue Extension. Now they’ve filed plans to erect a 20-story, mixed-use building on the lot, which is bounded on the other two sides by Cathedral Place and Jay Street.

We’ve reported a lot on Related/Oxford’s Hudson Yards mega-development and the neighboring Manhattan West, from Brookfield. There are also plenty of independent projects in the greater Hudson Yards District. One of those is the supertall office building dubbed 3 Hudson Boulevard and, despite reports of trouble, the developer, Moinian Group, assures YIMBY that it is still a go.