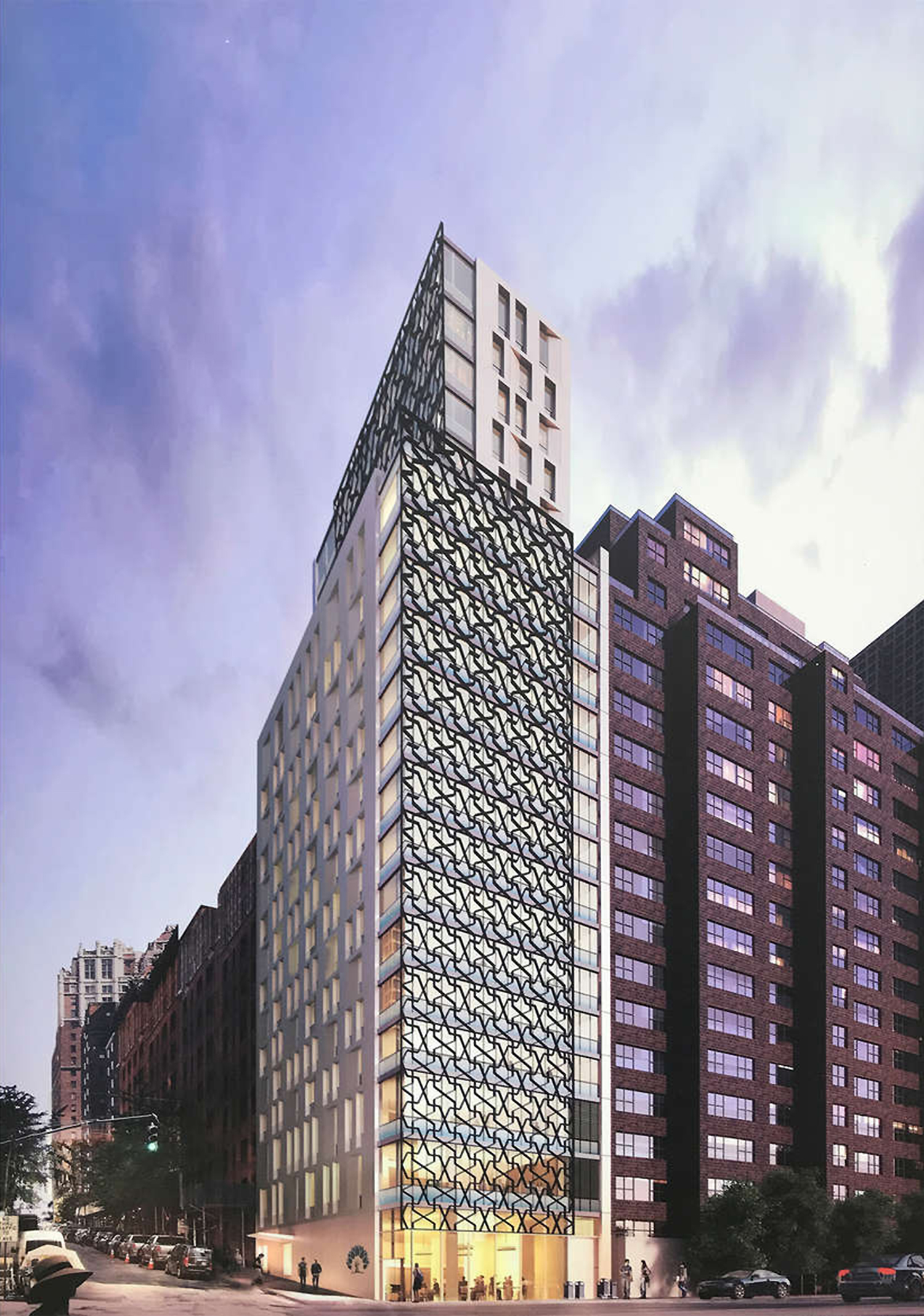 Construction is nearing topping out on Turken House, a 21-story mixed-use building at 300 East 41st Street in the Midtown, Manhattan neighborhood of Murray Hill. Designed by Perkins + Will for a non-profit company called The Turken Foundation, the nearly 80,000-square-foot structure will stand 227 feet tall and provide Turkish students with 82 turnkey residences, both single- and double-occupancy quarters, and help with scholarships and job opportunities in the United States. 300 East 41st Street is located at the corner of East 41st Street and Second Avenue, near both the United Nations and Grand Central Terminal, and was previously occupied by two low-rise properties that were purchased for a combined $17.5 million. 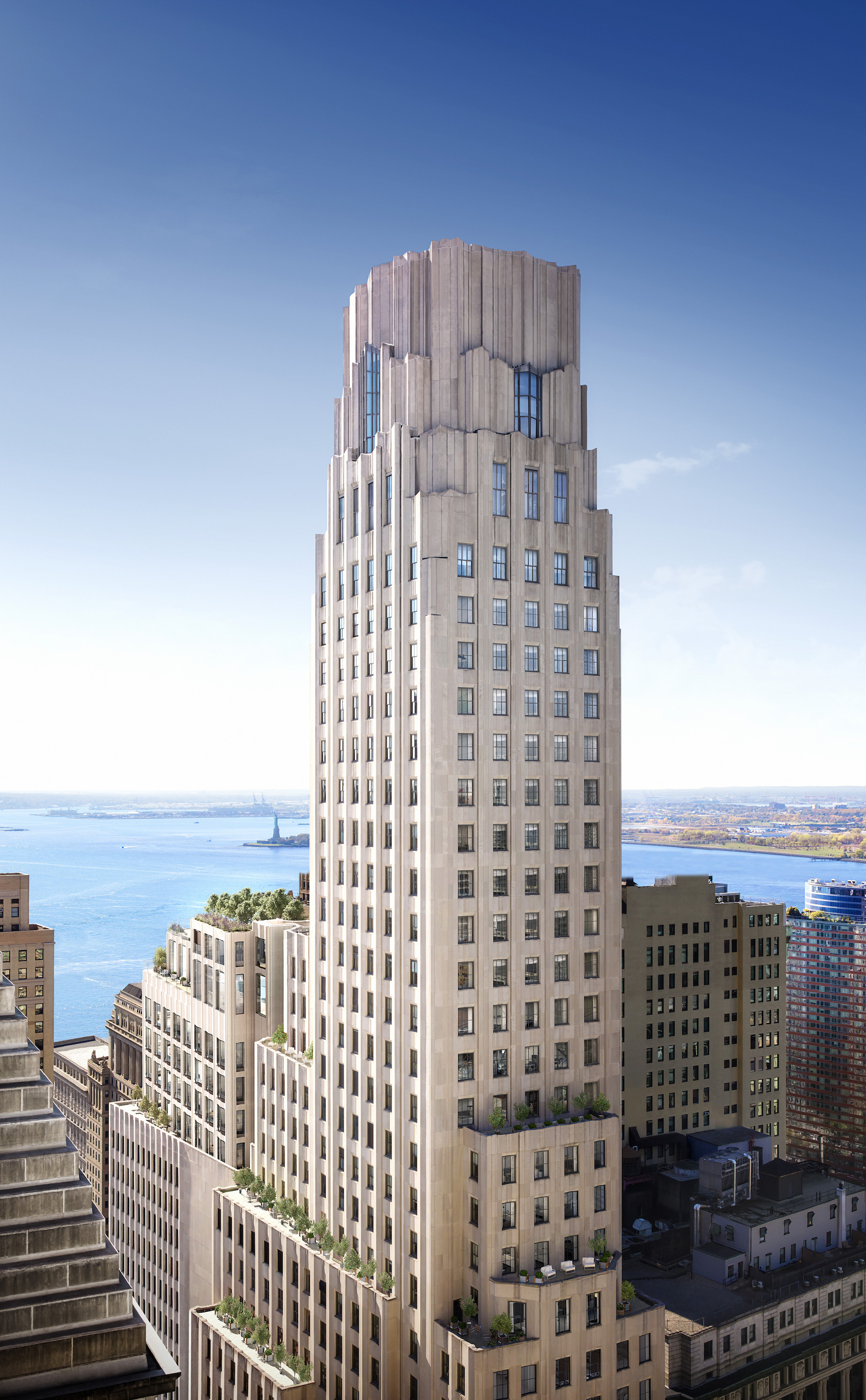 Construction is continuing to progress on the residential conversion of the 90-year-old One Wall Street, a 564-foot-tall Art Deco skyscraper in the Financial District. Developed by Macklowe Properties, the project is expected to cost $1.5 billion and also features an exterior addition designed by SLCE Architects. The undertaking is the largest office-to-residential conversion in New York City history and will feature 566 new units with sales handled and marketed by Compass, as well as a new 44,000-square-foot Whole Foods Market and a Life Time fitness center on the lower levels. The site is bound by Broadway to the west, Wall Street to the north, New Street to the east, and Exchange Place to the south.

New renderings have been released for 343 Madison Avenue, a proposed 1,050-foot-tall office supertall in Midtown East. Designed by Kohn Pedersen Fox and developed by Boston Properties, the 753,120-square-foot structure would contain 748,618 square feet of office space, 2,130 square feet of retail space, and 2,372 square feet that will connect below grade to the future East Side Access project with subterranean circulation paths toward Grand Central Terminal. The building is planned to rise in place of the former Metropolitan Transportation Authority headquarters on half of the block between Madison and Vanderbilt Avenues and East 44th and 45th Streets. 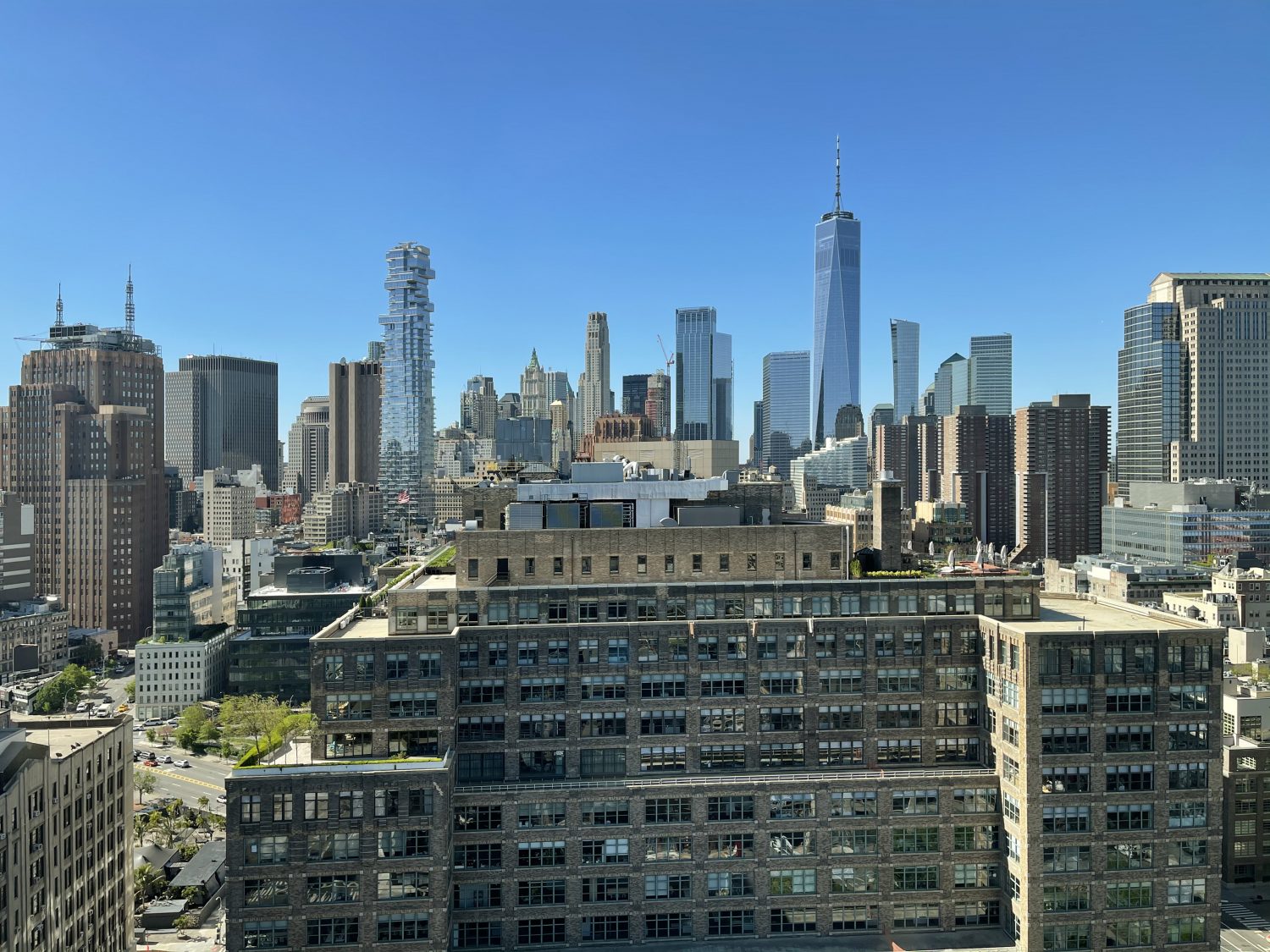 YIMBY went to visit the upper floors of 570 Broome Street and see the skyline views from the completed 25-story residential building in Hudson Square. Designed by Builtd with Skidmore Owings & Merrill handling the lobby and interiors, and developed by Soho Broome Condos LLC, the building yields 54 condominiums that are currently 80 percent sold. The property is bound by Broome Street to the south, Varick Street to the east, Dominick Street to the north, and the entrance lanes to the Holland Tunnel and Hudson Street to the west. 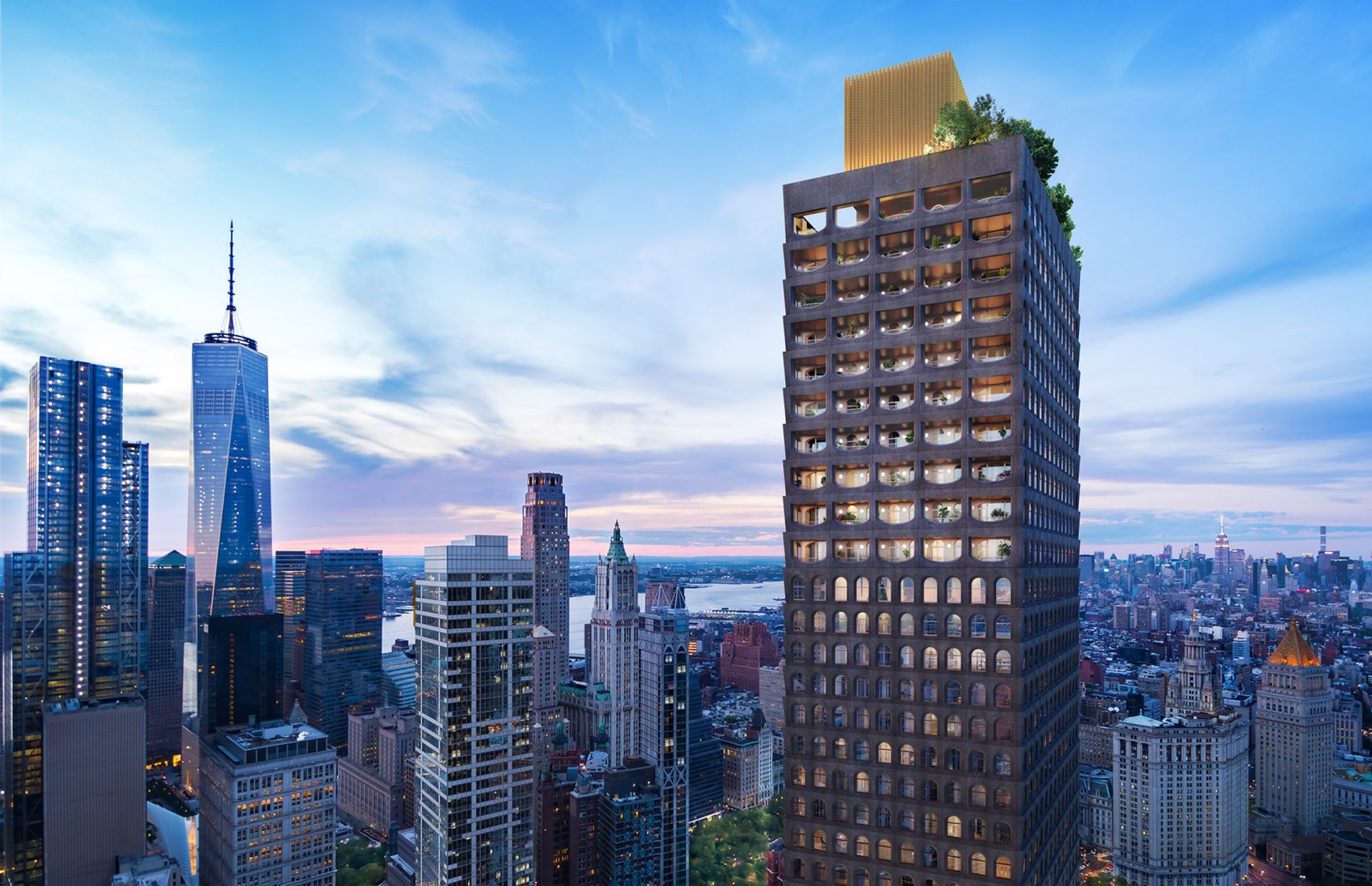 The last exterior touches are going up on 130 William Street, an 800-foot-tall residential skyscraper in the Financial District. Designed by David Adjaye of Adjaye Associates and developed by Lightstone with Hill West Architects as the architect of record, the 66-story edifice will yield 242 units marketed by Corcoran Sunshine. Prices are expected to range from around $1,300,000 for a one-bedroom apartment to $20,000,000 for a four-bedroom, full-floor penthouse. The building’s main entrance is located on William Street, along with street frontage lining Fulton Street to the north.