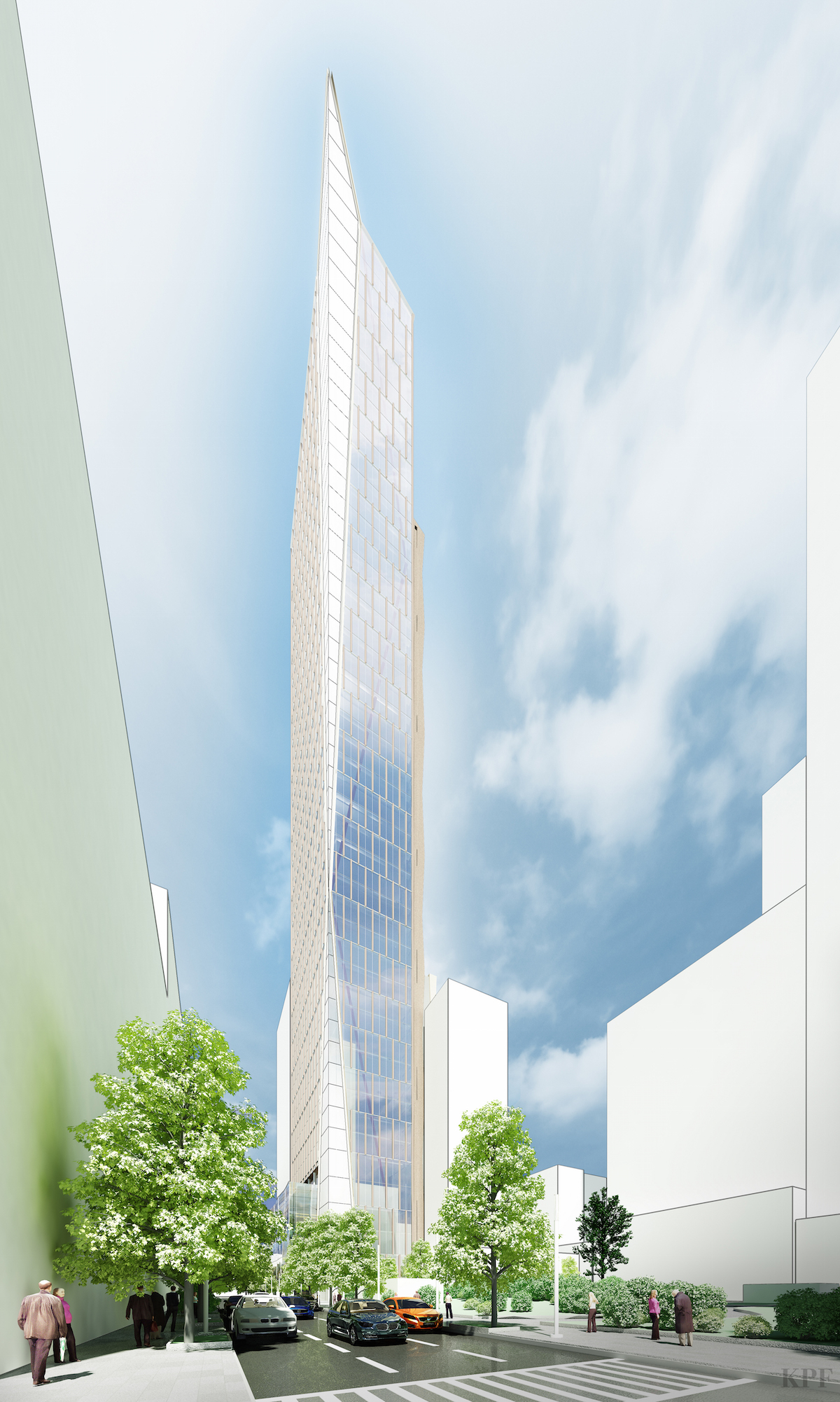 UPDATE: According to the developer, JEMB Realty, the below represents the latest iteration of the design of 420 Albee Square when it was with KPF Architects. KPF is no longer the architect on record and the developer will be introducing a new architect and concept soon.

The development site at 420 Albee Square has seen several twists and turns, with initial plans for the assemblage consisting of a 65-story tower that would have risen almost 700 feet. That iteration was shelved by the end of 2015, when YIMBY reported on a height chop down to 35 floors. By the end of last year, we had additional confirmation of what was happening thanks to the EDC’s continued efforts, with a rendering by Kohn Pedersen Fox finally appearing. Now, YIMBY has the official reveal for the project. 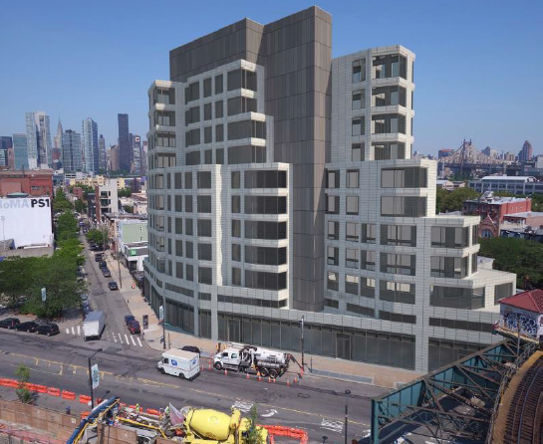 YIMBY previously reported on preliminary plans for a new mixed-use development coming to 22-43 Jackson Avenue, in Long Island City, Queens, back in April of 2016. Now, we have the first rendering of the project, which is being developed by the Feldman Family’s Circle F Capital. 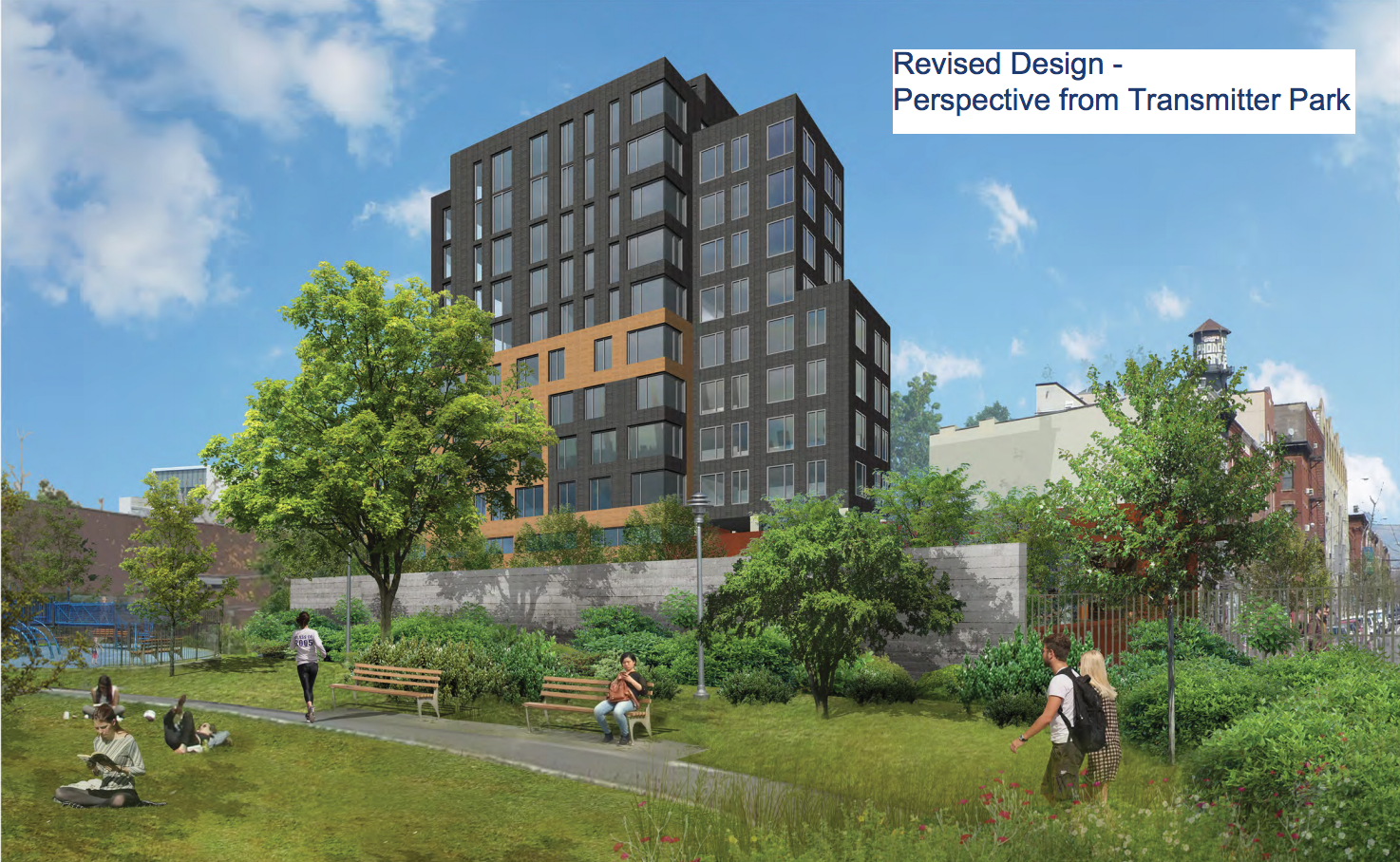 The Brooklyn waterfront is now booming across several neighborhoods, with Greenpoint among the areas seeing a substantial amount of progress. YIMBY previously revealed preliminary designs for the building coming to 13-15 Greenpoint Avenue, and now we have the updated renderings, as the project continues making its way through the planning process. 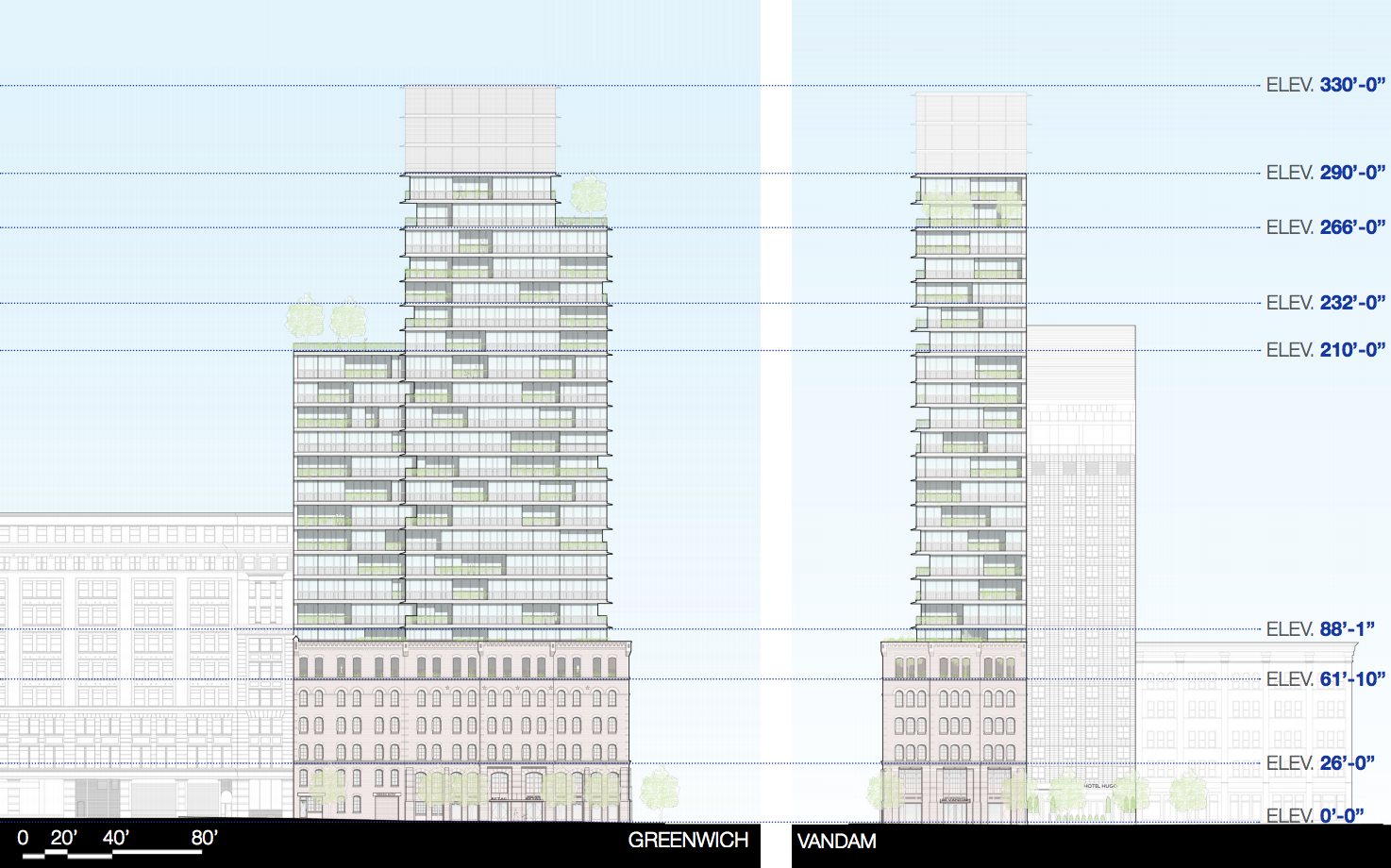 Back in January of 2015, YIMBY first reported on a proposal for a new development at 92-100 Vandam Street, in the “Hudson Square” neighborhood to the north of the Holland Tunnel. Since then, several major projects have begun construction in the vicinity, including 555-565 Broome Street. Now, YIMBY has confirmation that the original suspected design for 92-100 Vandam is indeed accurate, and is now moving forward through the planning process. 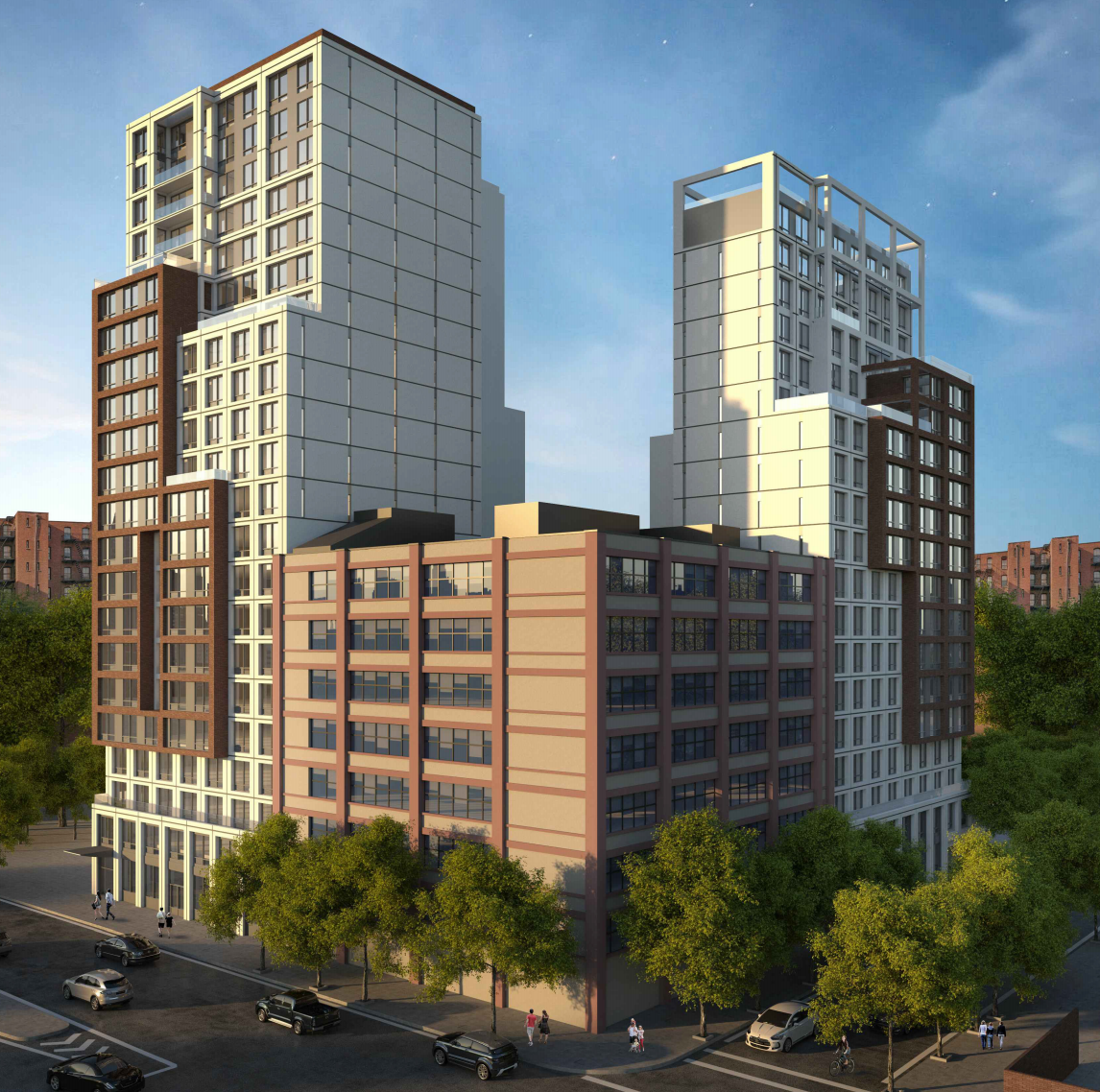 Downtown Brooklyn’s development boom only seems to be accelerating, with every recent completion seemingly matched by another tower breaking ground. Now, YIMBY has the first word as well as the reveal for a major project planned at 202-208 Tillary Street. The applicants have applied for a rezoning of the site for inclusion within the official Special Downtown Brooklyn District, and the resulting plans are set to allow two connected towers of 23 and 21 floors.