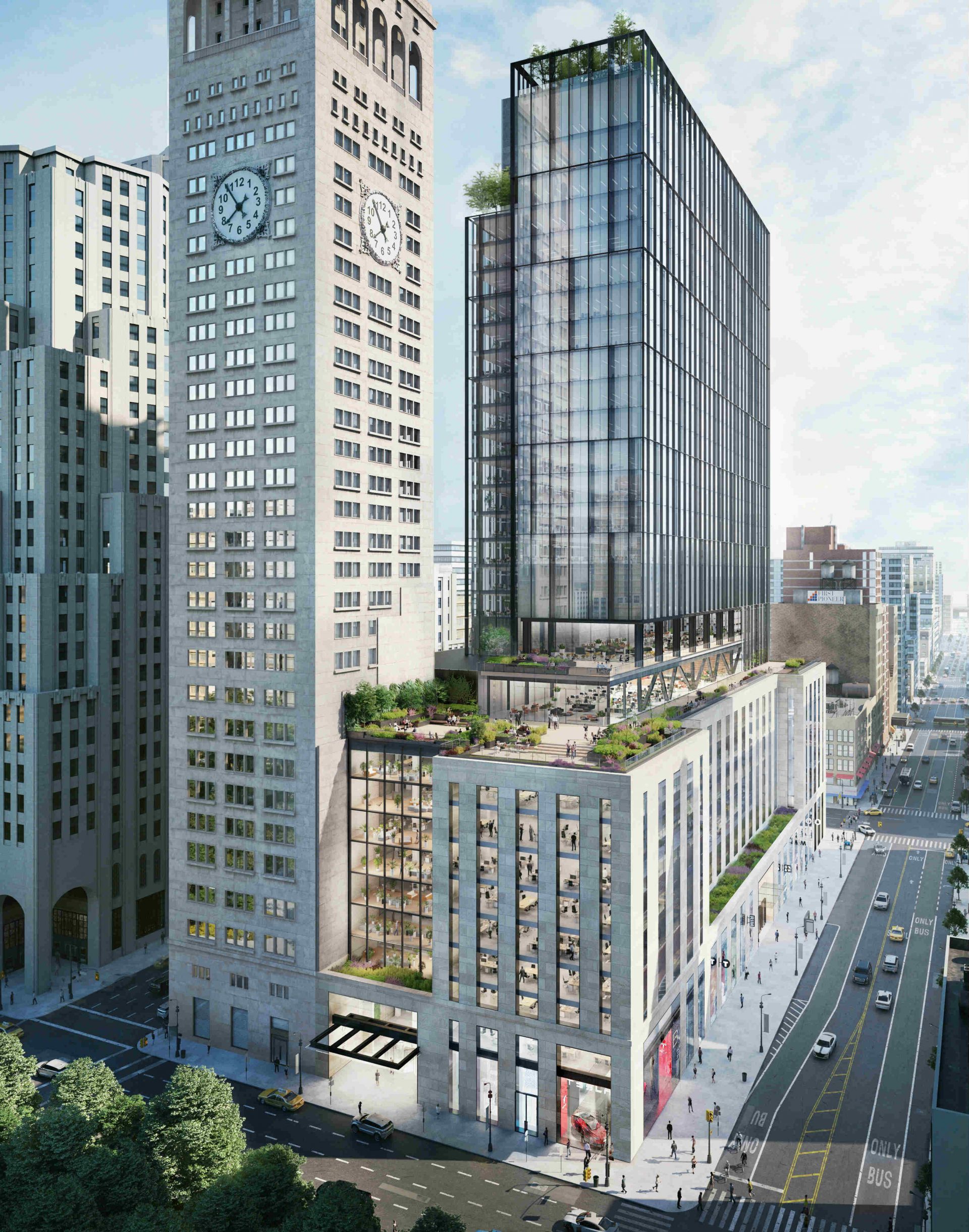 IBM will consolidate its New York City offices and relocate to One Madison Avenue, a commercial office tower renovation and expansion currently underway in the Flatiron District. Designed by Kohn Pedersen Fox and developed by SL Green Realty Corp, the project involves the construction of a 530,000-square-foot addition atop the original eight-story building, for a total of 1.4 million square feet of Class A office space. 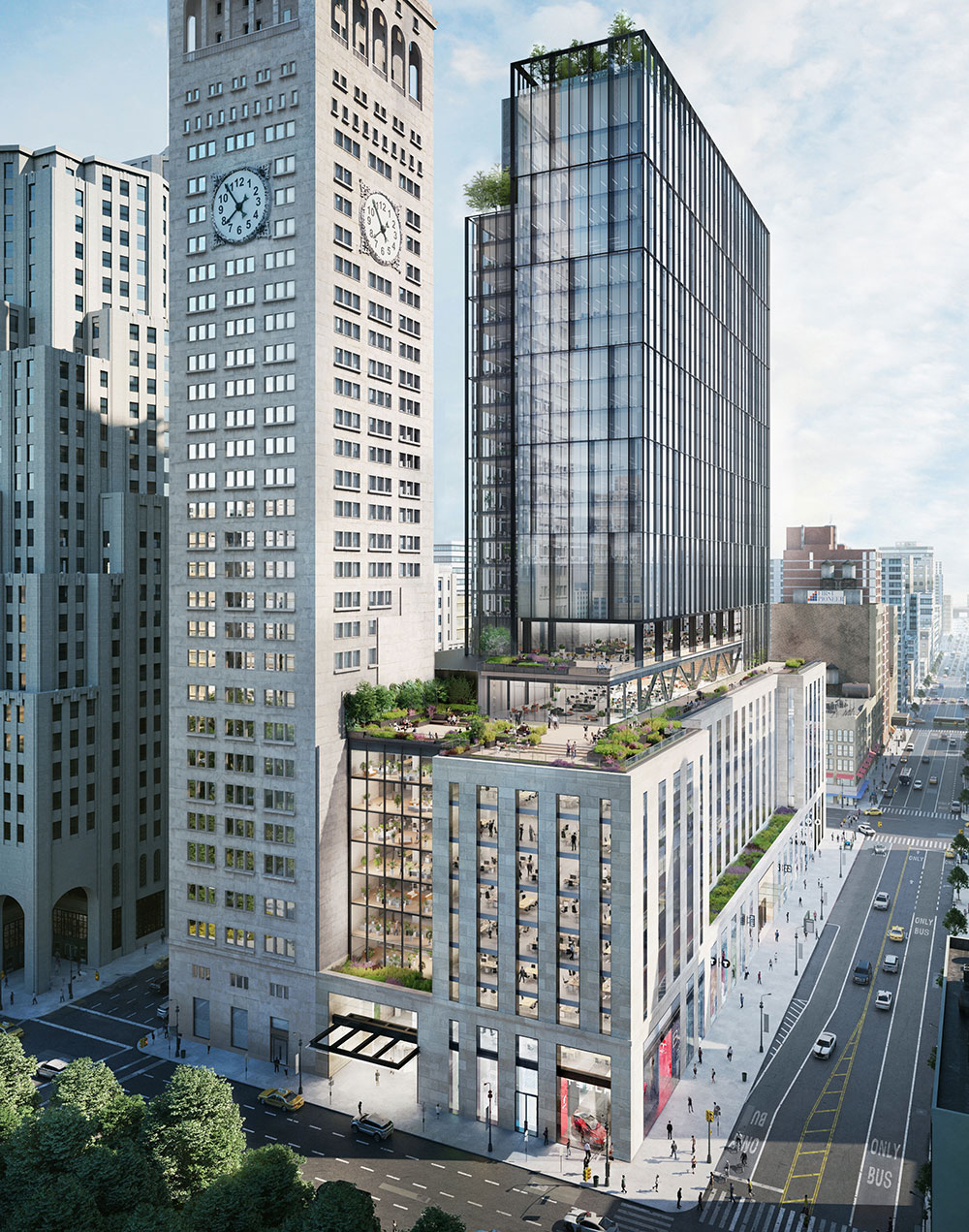 Construction is currently ahead of schedule on One Madison Avenue, a 1.4-million-square-foot, 27-story office tower expansion in Manhattan’s historic Flatiron District. As of today, 100 percent of demolition work is complete and structural reinforcement is underway. 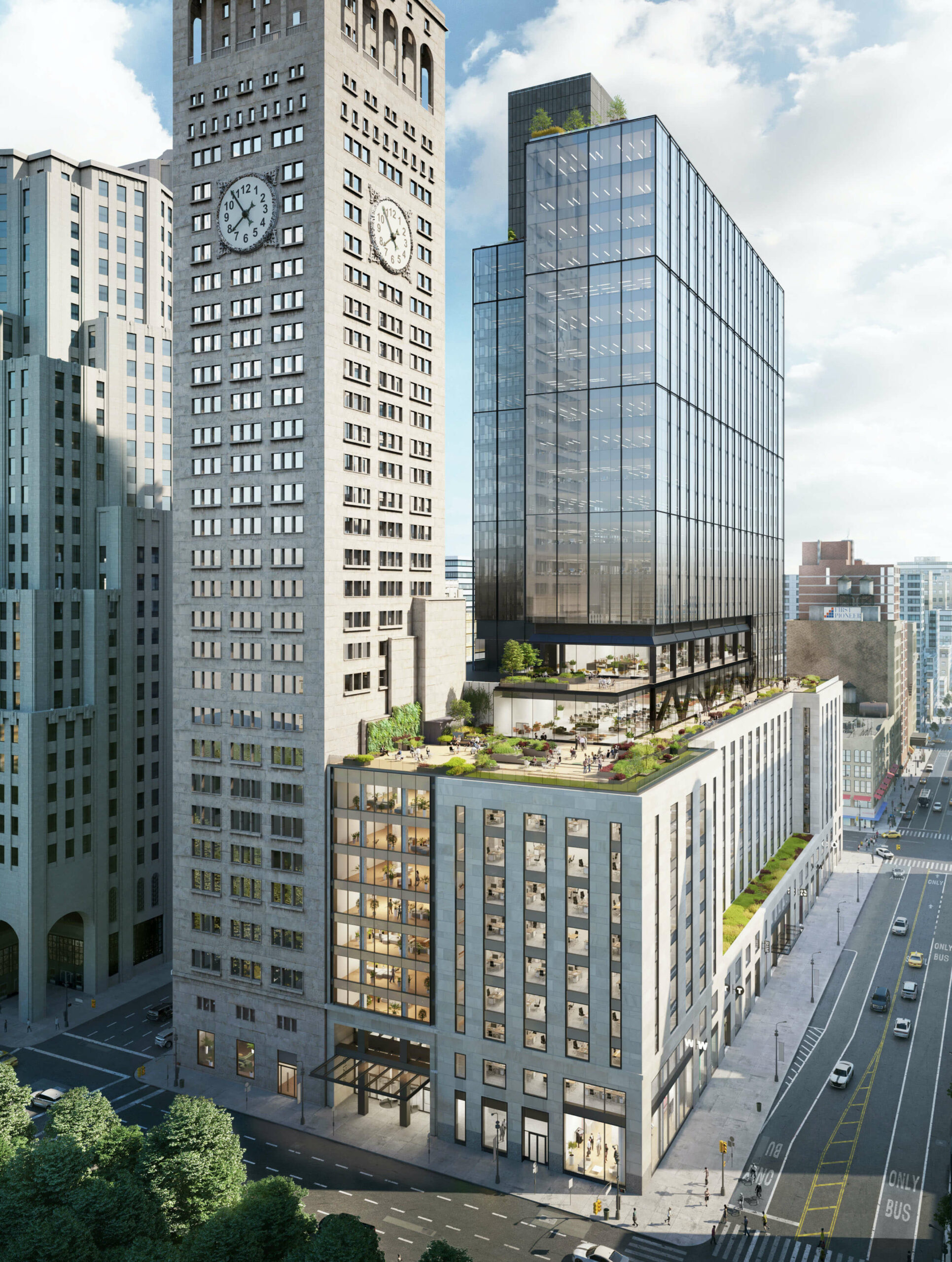 Construction activity is underway at One Madison Avenue in the Flatiron District, where the 13-story full-block structure is being renovated and expanded with a new 18-story addition. Designed by Kohn Pedersen Fox and developed by SL Green, the project will stand 27 stories and yield 1.4 million square feet of Class A office space. Helping to develop and finance One Madison Avenue’s future are the National Pension Service of Korea and Hines, contributing a grand total of $1.25 billion in construction financing. The property is bound by East 23rd Street to the south, Madison Avenue and Madison Square Park to the west, East 24th Street to the north, and Park Avenue South to the east.

The final steel beam was ceremoniously lifted into place for the addition on 150 Fifth Avenue in the Flatiron District, in an event attended by leaders of L&L Holding Company and OC Development Management (OCDM). More than 100 construction workers, designers, and engineers were also present for the dedication and signed their names on the beam. The expansion features a two-story, 35,000 square-foot rooftop structure, part of a multi-million-dollar renovation and modernization of the landmarked 11-story building. The entire property will become the new home for Mastercard. STUDIOS Architecture is the design firm behind the project.

In an official groundbreaking event, Anbau Enterprises and COOKFOX Architects have celebrated the start of construction at 39 West 29th Street. The dual-tower, ground-up condominium development will rise 24 stories with a shared central courtyard just west of Madison Square Park.