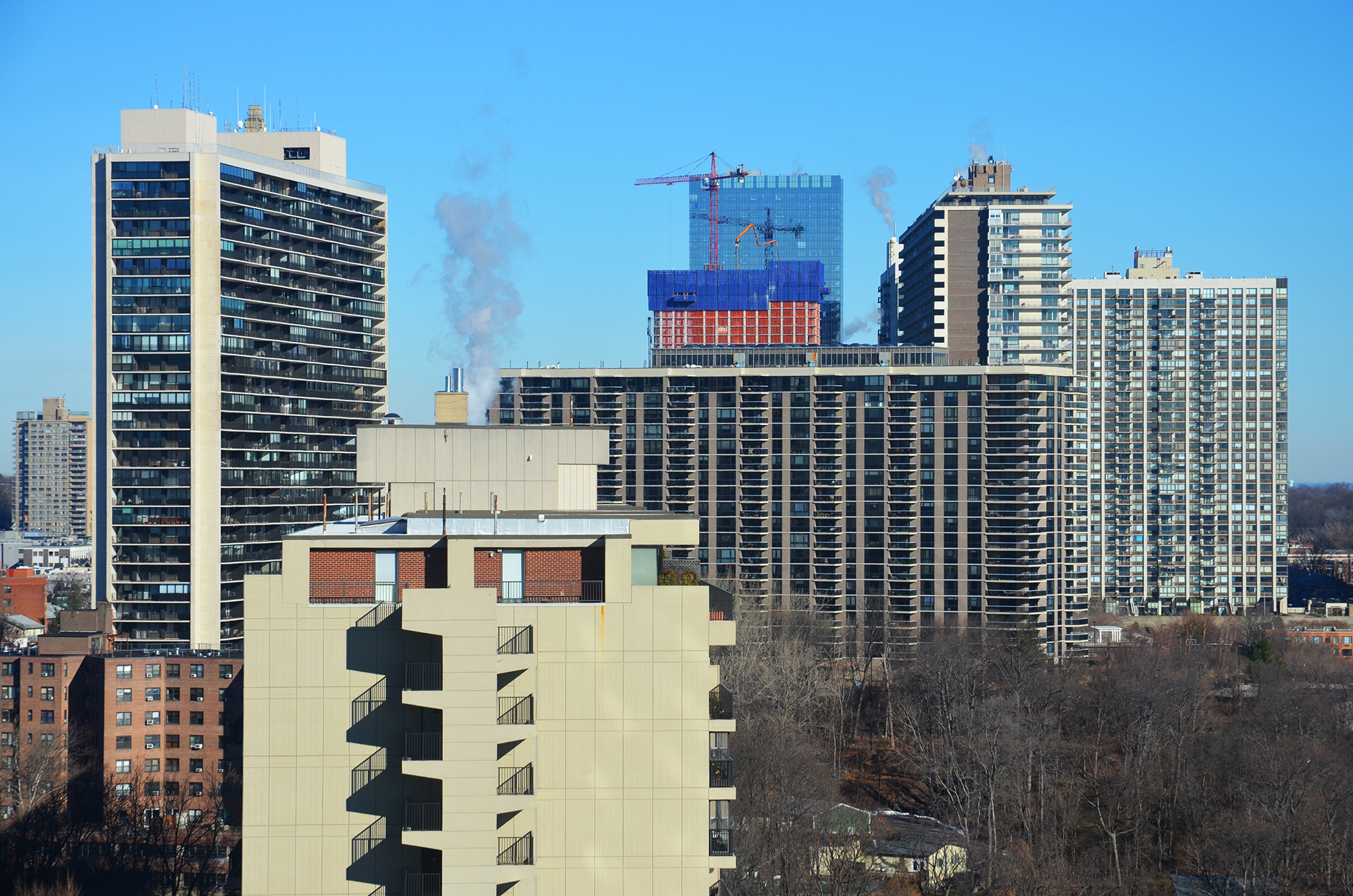 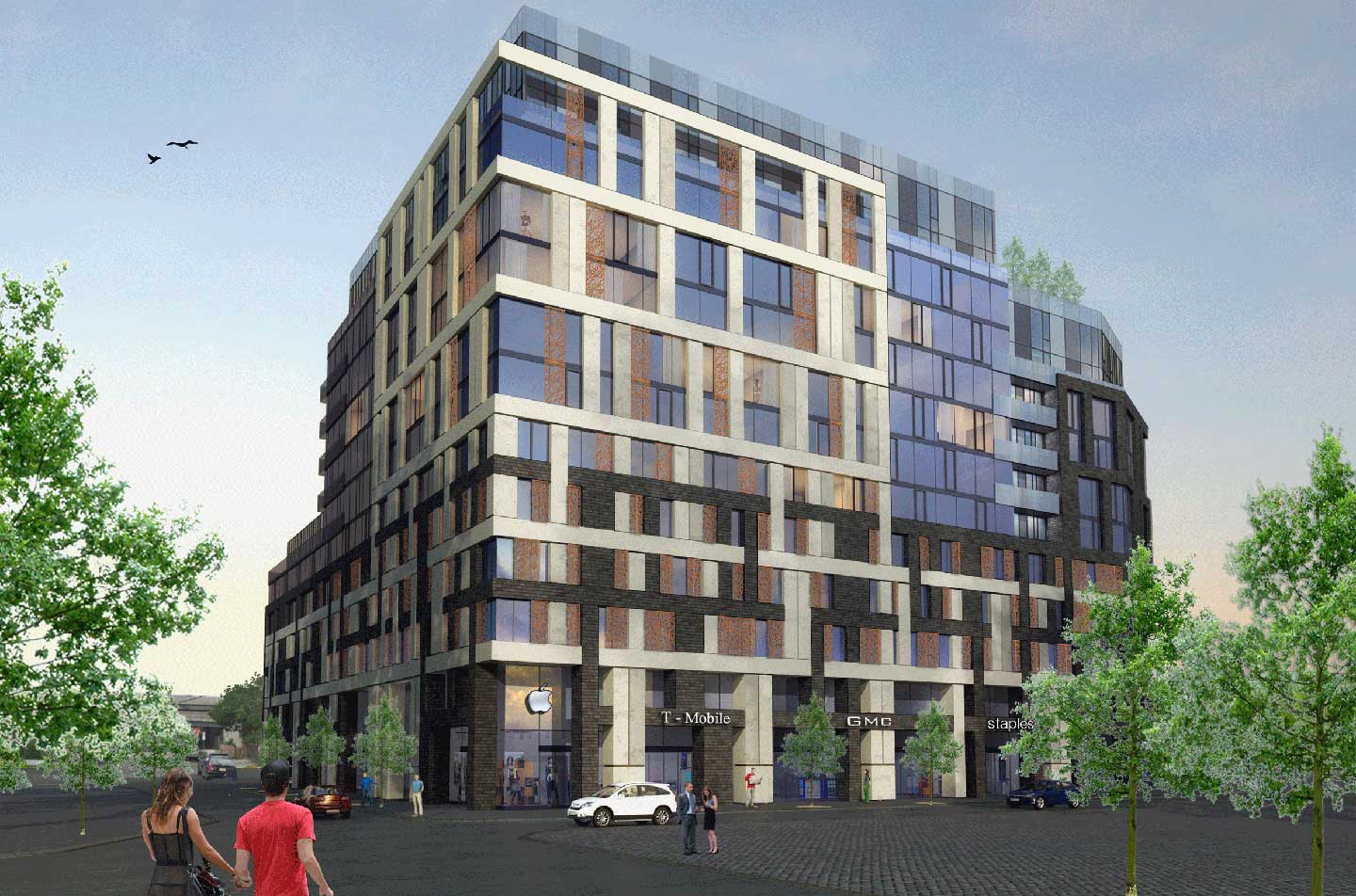 Pegasus Enterprises is proposing a 12-story, 128-unit mixed-use building at 100 Colden Street, located on the corner of Bates Street on the western edge of Jersey City’s downtown area. The project includes 28,650 square feet of retail space and 60,000 square feet of self-storage space, Jersey Digs reported. It also features a 168-car parking garage. It’s not clear whether the apartments would be rentals or condominiums. Hoboken-based Minervini Vandermark Architecture is responsible for the design. The development site consists of four lots, occupied by a collection of dilapidated warehouses and a townhouse. The city’s Planning Board must approve the project.

RUC Holdings has proposed an eight-story, 55-unit mixed-use building at 342 Johnston Avenue, located on the corner of Whiton Street in the Bergen-Lafayette section of Jersey City. The project will also have ground-floor retail space and 13 off-street parking spaces. There will be 55 apartments, of which 15 percent, or eight units, would be set aside as affordable housing, Jersey Digs reported. It wasn’t disclosed if the market-rate apartments were rentals or condominiums. The corner site is occupied by a small, single-story commercial building. The city’s Planning Board must approve the project for it to proceed. 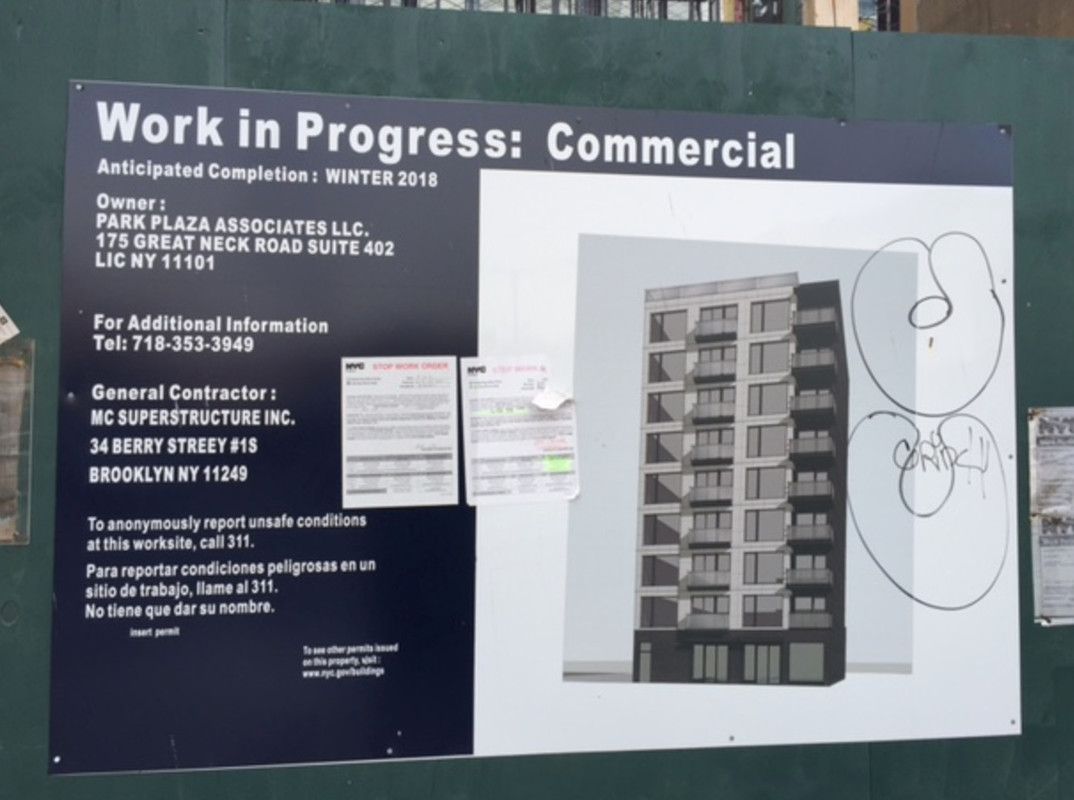 A rendering has been revealed of the nine-story, 29-unit mixed-use building under development at 41-21 23rd Street, in the Court Square section of Long Island City. The image was spotted on-site by The Court Square Blog. The latest building permits indicate the new structure will measure 33,233 square feet and rise 92 feet to its main roof, excluding bulkhead elements. There will be 1,493 square feet of retail space across the ground and cellar levels, followed by 29 apartments across the second through ninth floors. The units should average 799 square feet apiece. Great Neck, N.Y.-based property owner Amir Haghani is the developer and Michael Kang’s Flushing-based firm is the architect. Completion is expected in early 2018.