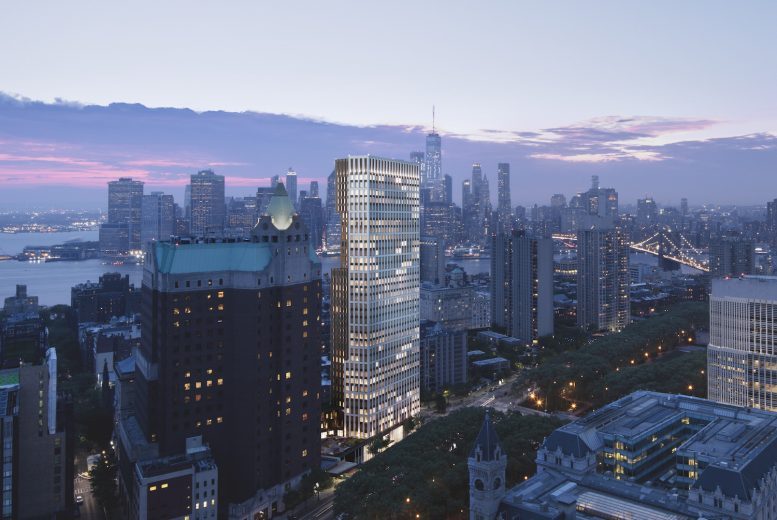 One Clinton Street, design and render by Marvel Architects

One Clinton Street aka 280 Cadman Plaza West recently topped out at 36 stories over Brooklyn Heights. The mixed-use residential building is being designed by Marvel Architects and developed by Hudson Companies. The 295,000-square-foot project will include 134 residential units and One Clinton Street Library, a new public library that is replacing the former Brooklyn Heights Library. The tower is situated on a triangular-shaped plot at the confluence of Clinton Street, Tillary Street, and Cadman Plaza West. At 409 feet, it is currently the tallest structure in the neighborhood.

Recent photos also show that façade work is quickly rising on the lower floors of the eastern elevation behind black netting and scaffolding. 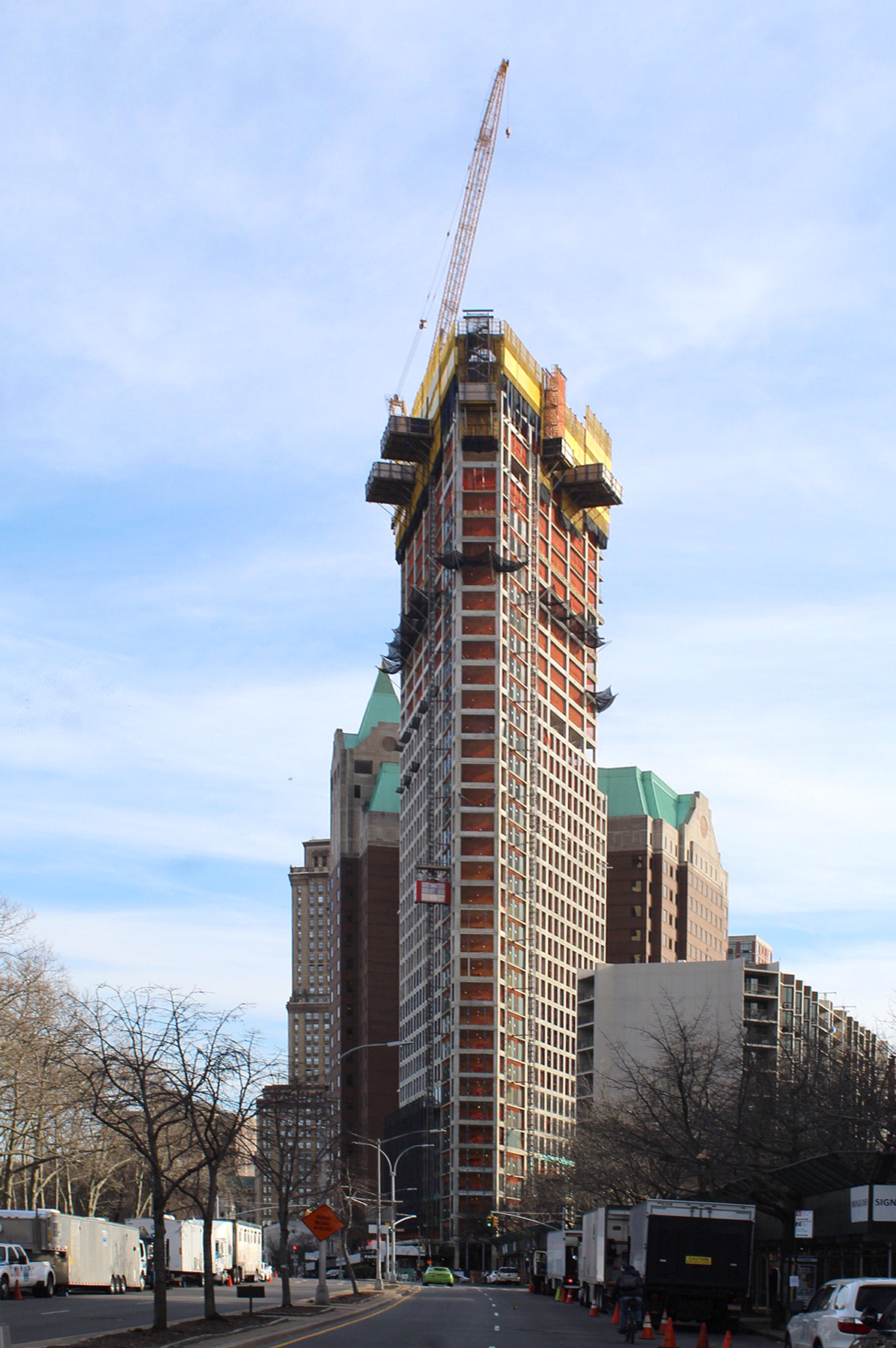 Looking south at the northern vertex of the tower. Photo by Michael Young 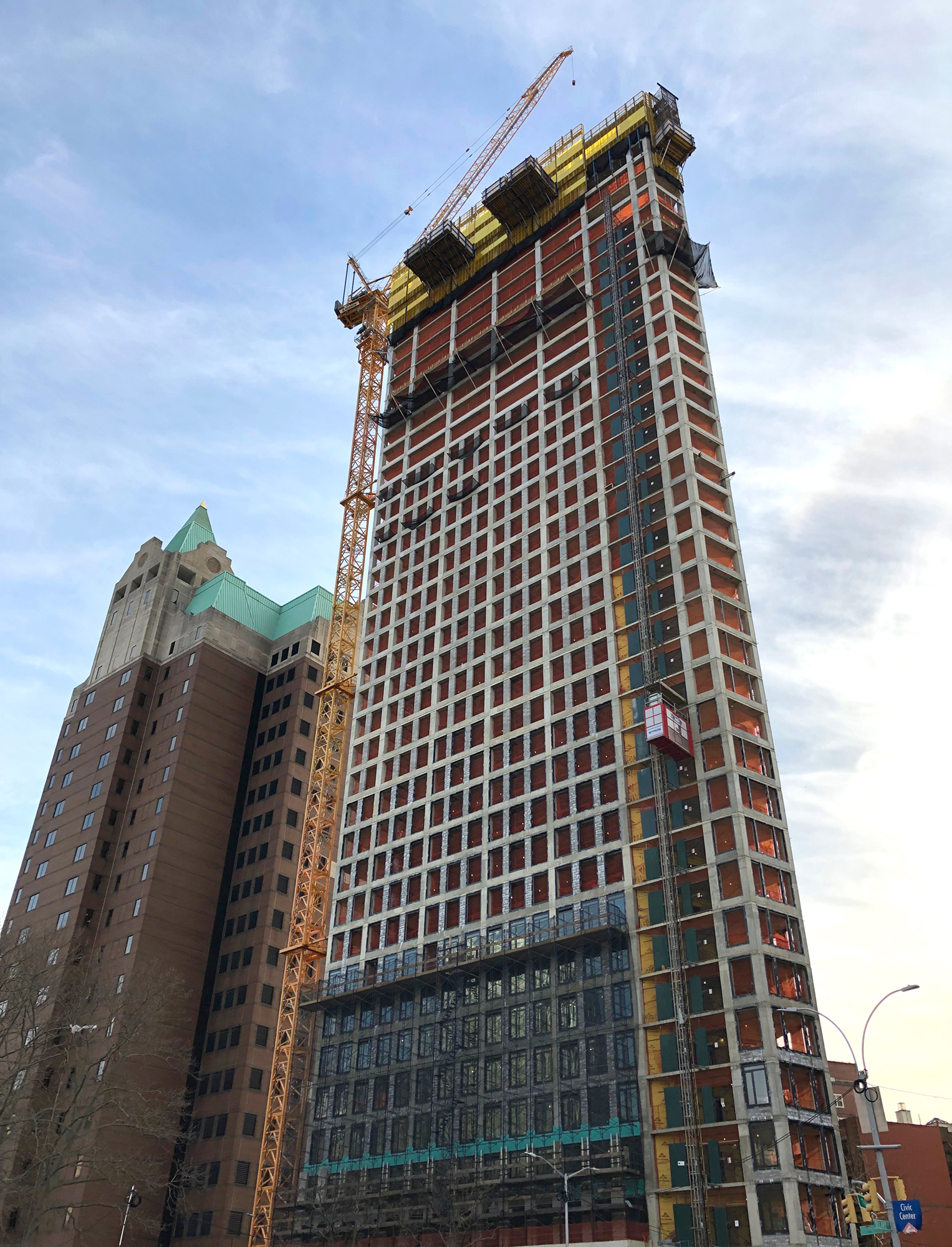 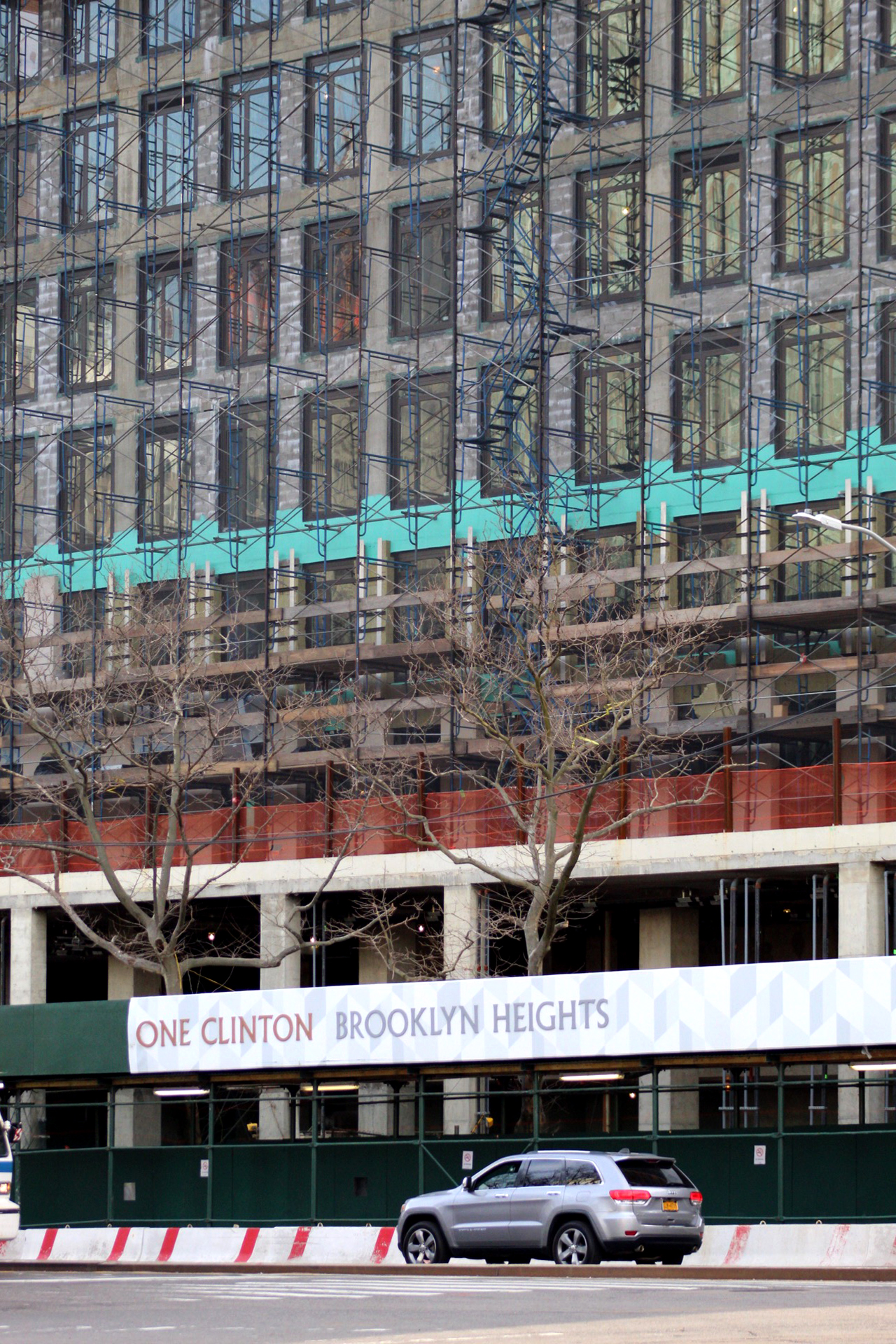 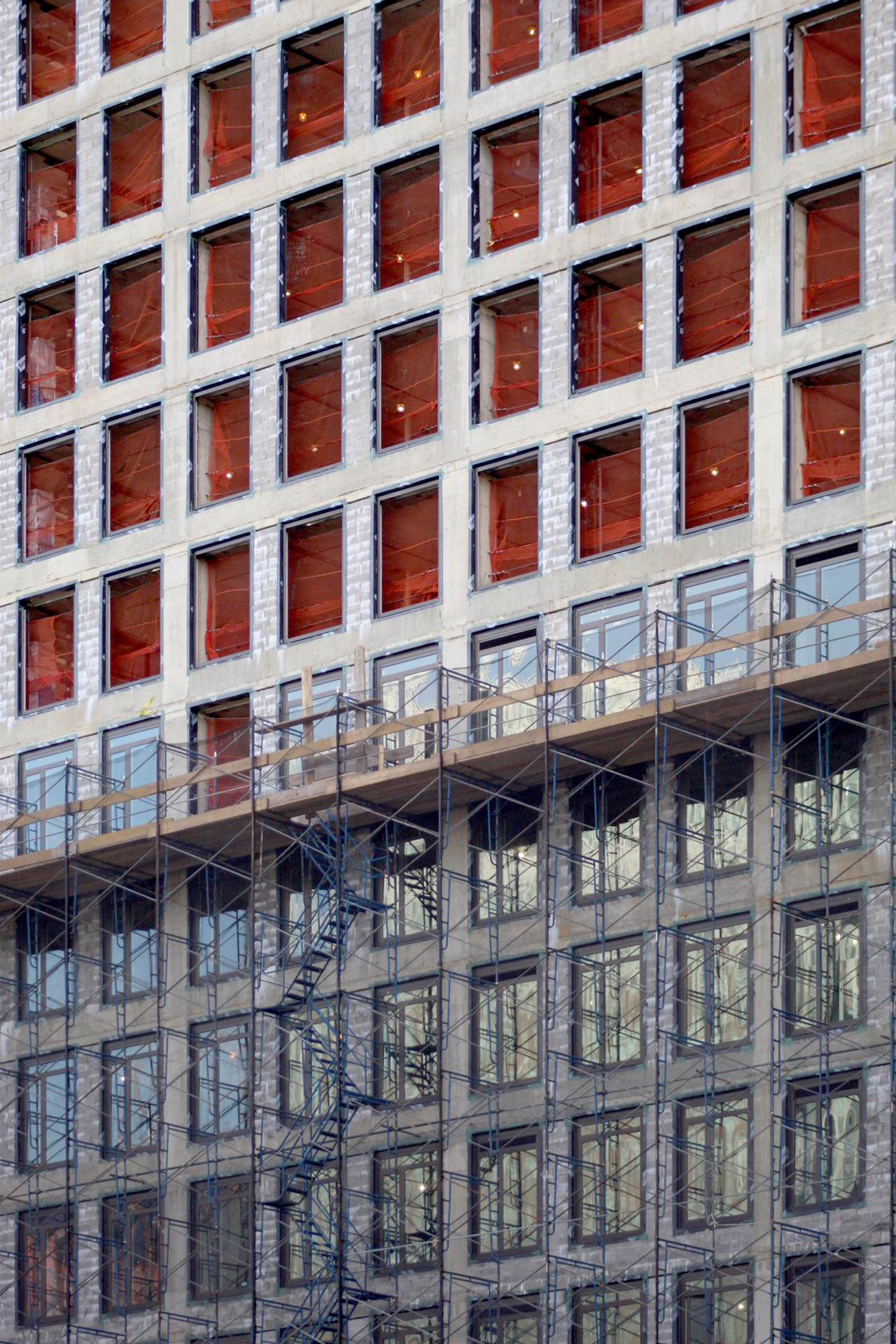 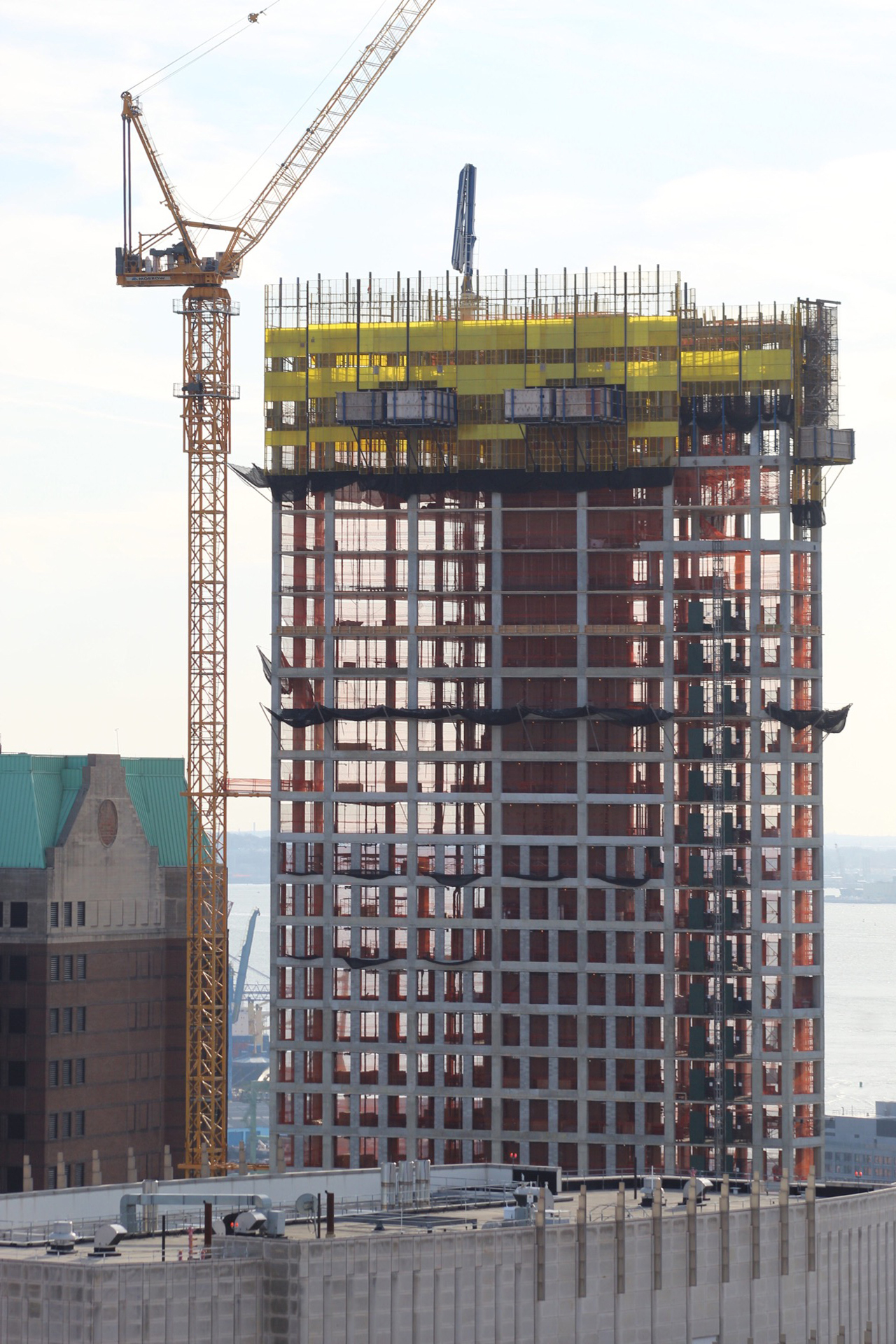 Looking from The Amberly at 120 Nassau Street. Photo by Michael Young 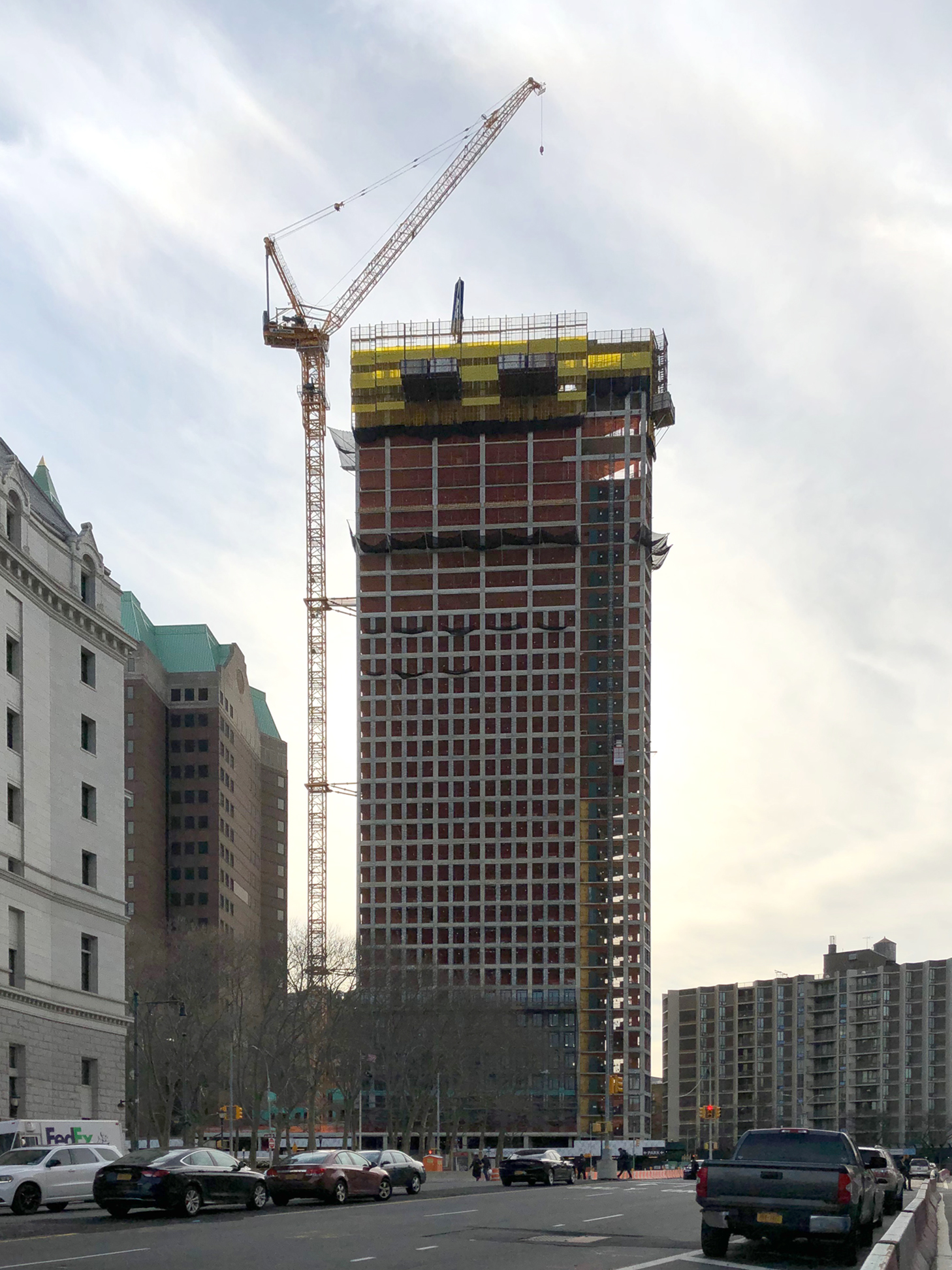 Each of One Clinton Street’s units will receive abundant daylight exposure, thanks to the tower’s prominent position in the neighborhood. Cadman Plaza Park and Brooklyn Bridge Road act as a buffer between the dense cluster of buildings in Downtown Brooklyn to the east, while the rows of townhouses to the west toward the Brooklyn Queens Expressway and the East River help to provide sweeping and uninterrupted views of Lower Manhattan.

Occupants of the ground floor retail space will include The Brooklyn Roasting Company and a number of Smorgasburg-selected pop-up food vendors. A 9,000-square-foot STEM research center will sit next to the future public library. 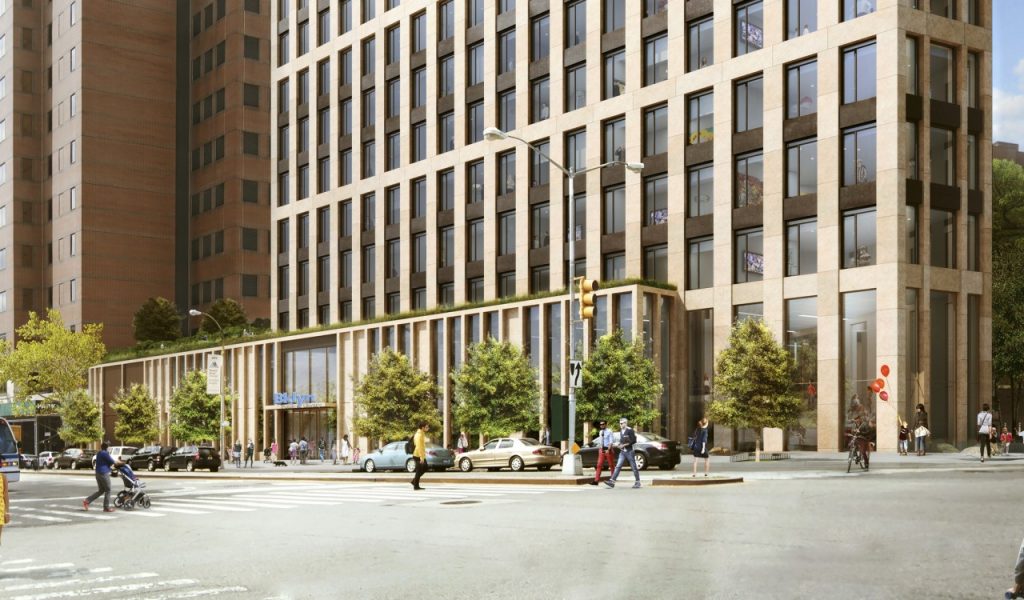 One Clinton Street from street level, design and render by Marvel Architects

The closest subways include the 2 and 3 at Borough Hall and Clark Street, the A and C train at High Street—Brooklyn Bridge, and the R train at the Court Street subway station. Brooklyn Bridge Park is a quick ten-minute walk to the west, while Downtown Brooklyn lies five minutes to the east down Tillary Street. A Citibike station already sits in front of the property to the north across Clinton Street, making it easier to get around. A number of retail, dining, and entertainment options are conveniently scattered throughout the area.

One Clinton Street is expected to be completed sometime next year.

9 Comments on "One Clinton Street Tops Out Above Brooklyn Heights"