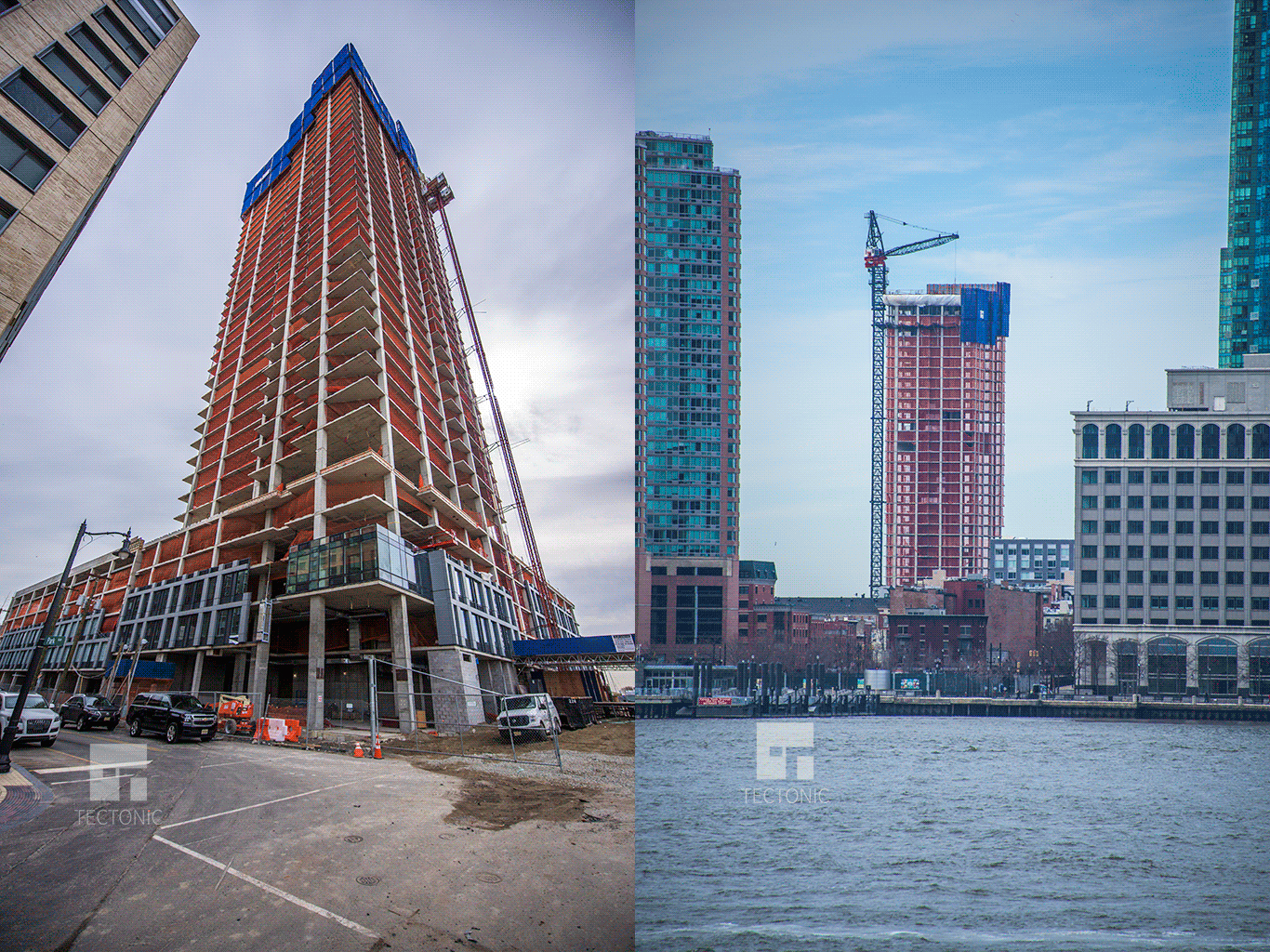 In February of 2015, YIMBY revealed renderings of the two-tower, 900-unit residential development at 33 Park Avenue, in eastern Jersey City’s Liberty Harbor section. A few months after our post, Fisher Development broke ground on the first tower of the project, which includes a 44-story, 448-unit building with retail space in its base. Now, photos by Tectonic reveal that the structure is roughly 35 stories above street level and rising. Curtain wall installation has also begun on the four-story base podium. The other tower will also eventually stand 44 stories but will contain 452 residential units. Retail space in both components will total roughly 15,000 square feet. The apartment towers are being designed by Perkins Eastman and completion of the first tower is expected in 2017. 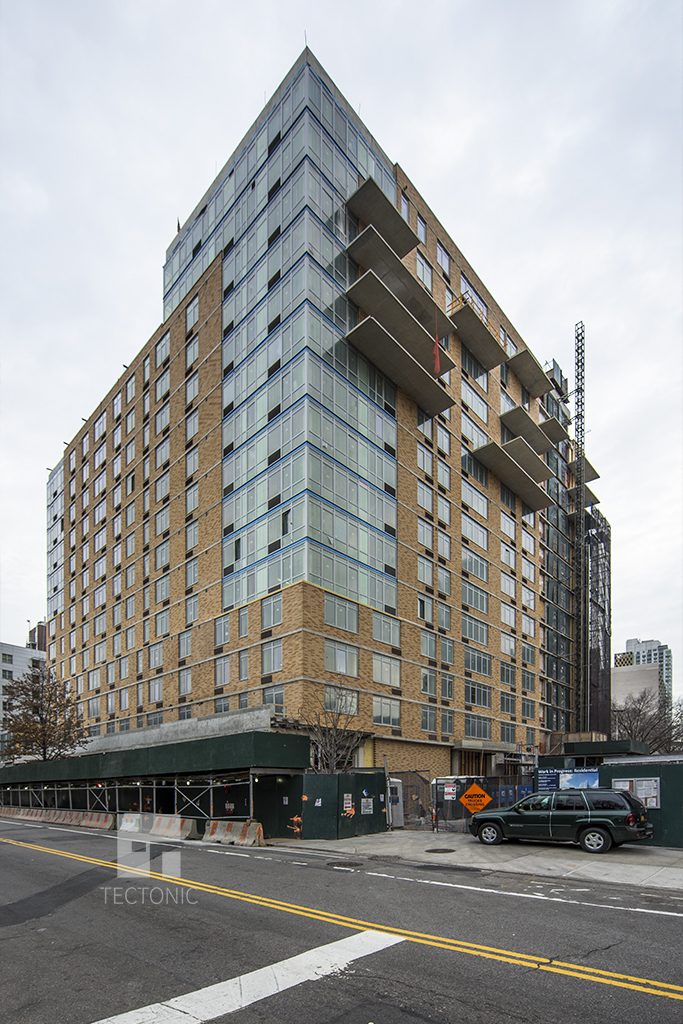 It was nearly two years ago that YIMBY showed you renderings of the 15-story building being developed by John Catsimatidis’ Red Apple Group at 180 Myrtle Avenue in Downtown Brooklyn, dubbed the Margo. Since then the unit count has changed and the building is now nearly complete, with the façade in place, save for some work on the terraces. The realization of that latter fact comes courtesy of photos taken by our friend Tectonic. 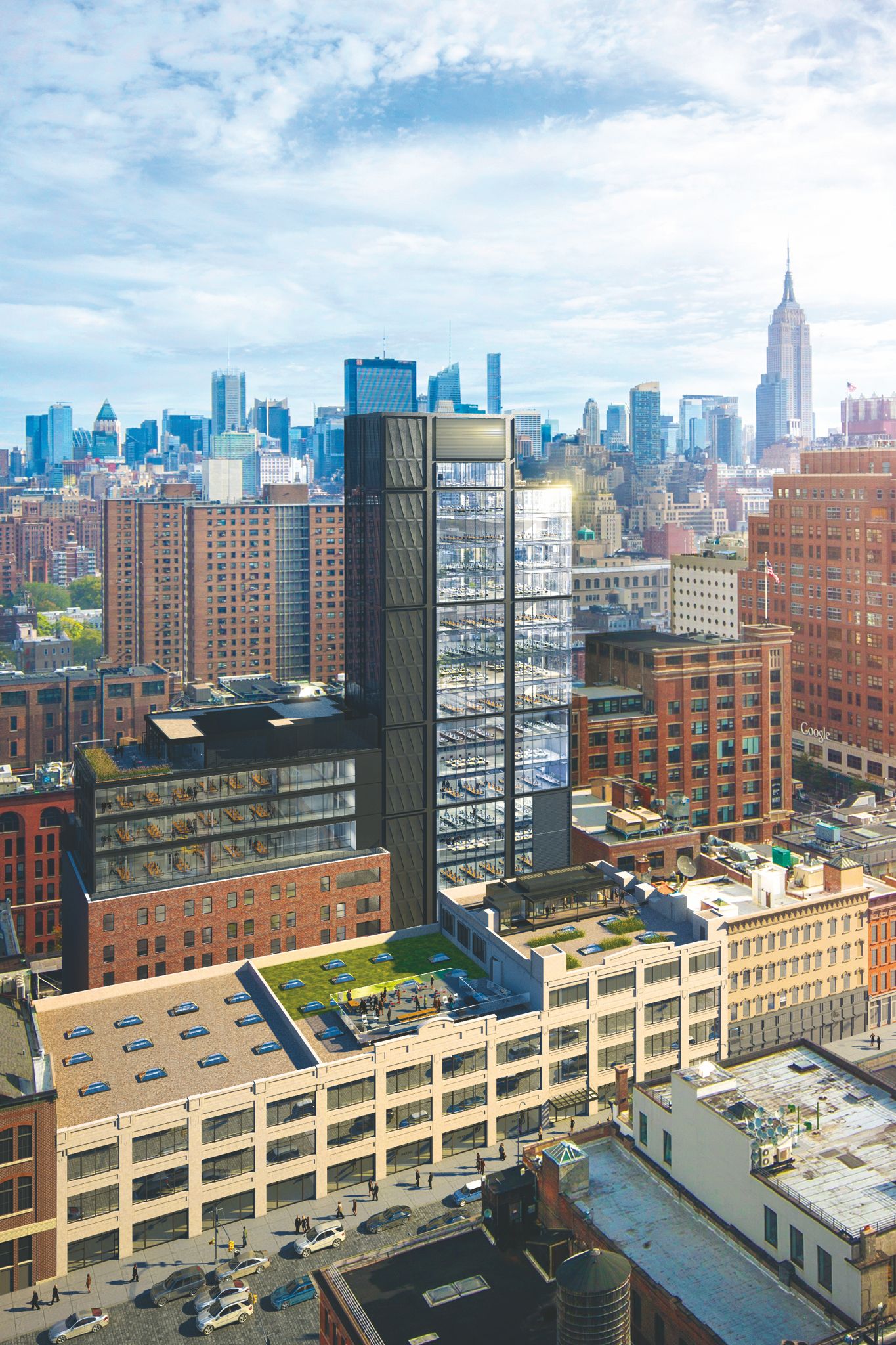 Back in April of 2012, YIMBY reported on applications for a new 25-story hotel at 414 West 15th Street, in Chelsea, and since then the hotel plans underwent revision and were revealed in multiple posts. But the hotel never came to fruition and now the site’s developers – the Boston-based Rockpoint Group, Highgate Holdings, and its property owner, Meilman Family Real Estate – are planning an 18-story, 130,000-square-foot office building, Crain’s reports. The structure will stand 270 feet above street level, and according to the latest filings with the Department of Buildings, there will be 108,469 square feet of commercial space. It will include retail space on the ground and cellar levels, and the rest of the property will be leased as office space. Rockpoint’s adjacent expansion project at 430 West 15th Street, which was recently completed and boasts a total 85,000 square feet of office/retail space, will connect to the new building. CetraRuddy Architecture is designing the office plans. Technically, the foundation has already been poured. 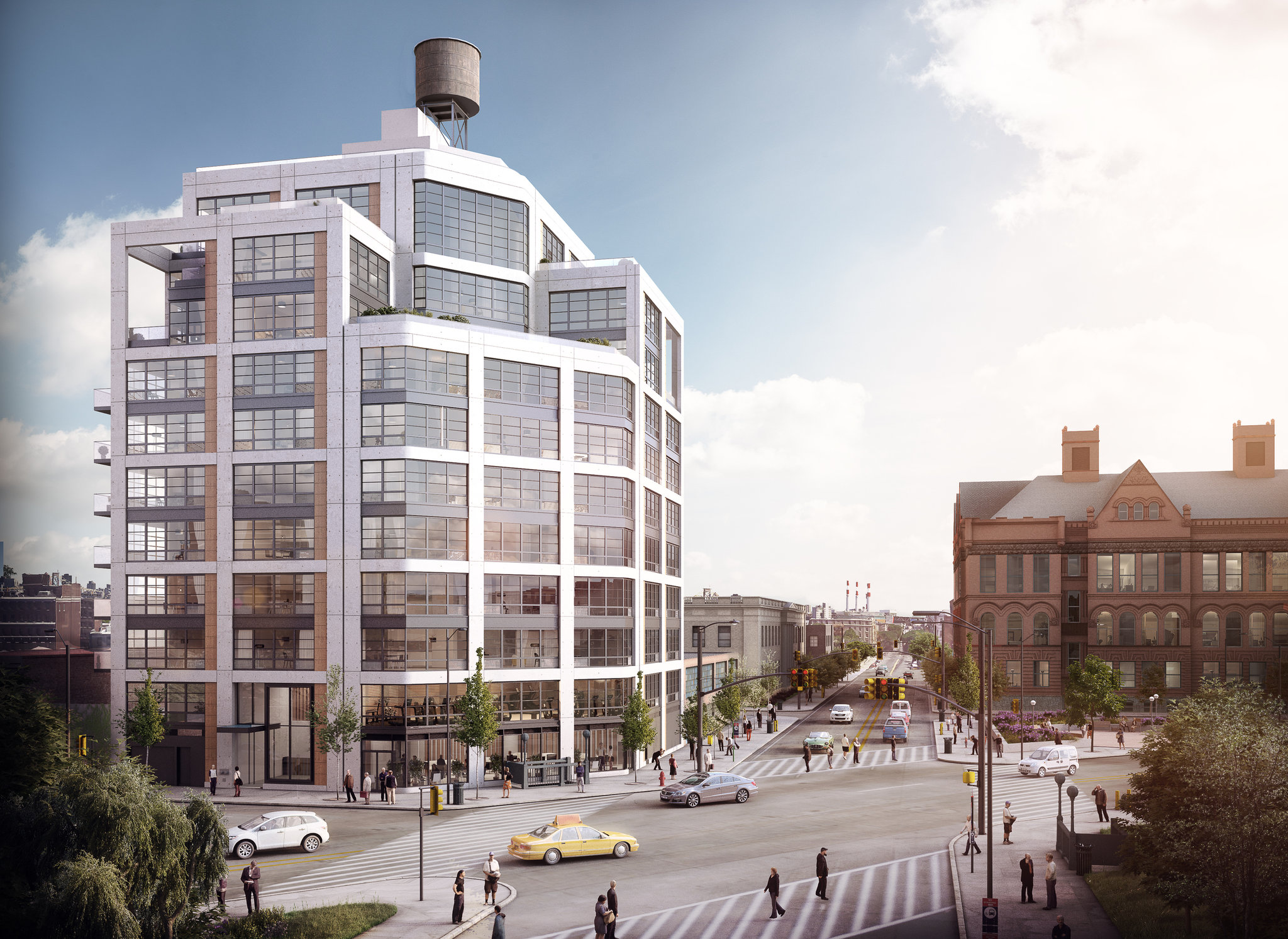 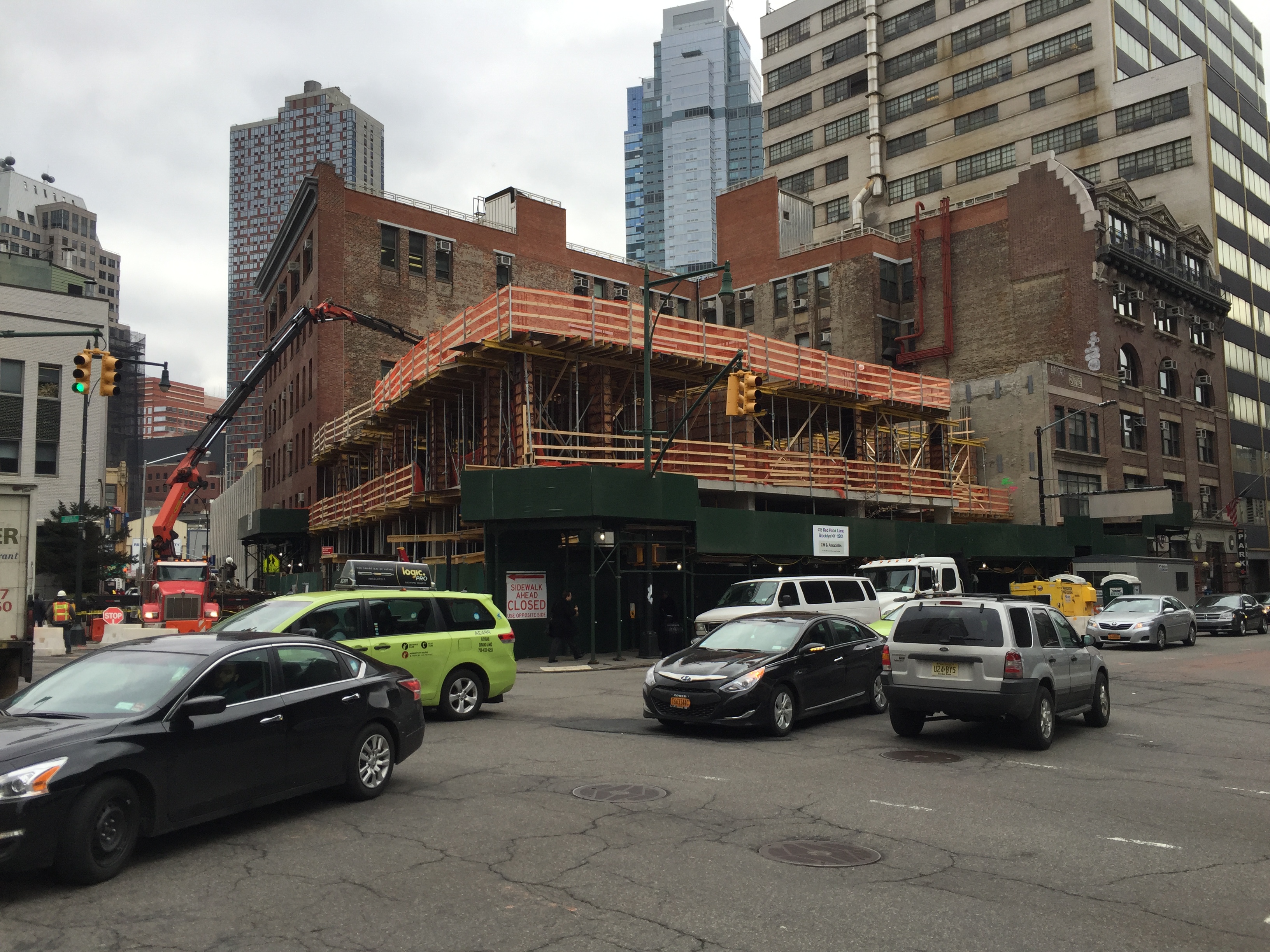 It was back in September of 2014 that YIMBY brought you word of plans for a 21-story mixed-use building at corner of Livingston Street, Boerum Place, and Red Hook Lane in Downton Brooklyn. It was in April of 2015 that demolition started and in June of 2015 that we showed you a rendering. Now, thanks to photos from our friend Tectonic, we can report that the project at 117 Livingston Street (a.k.a. 415 Red Hook Lane) has reached its second story.