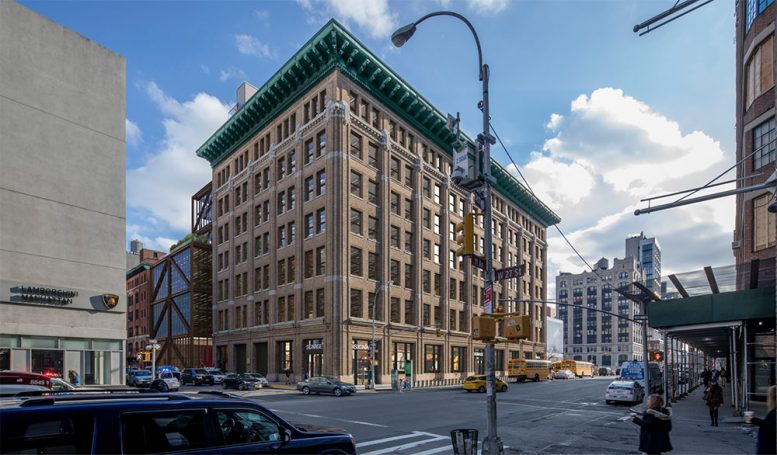 The Landmarks Preservation Commission will again review proposals from Vornado and Rogers Stirk Harbour + Partners to redevelop and expand an existing building in the city’s West Chelsea Historic District.

Overall, the proposed project measures 285,000 square feet and includes an 11-story building at 550 West 27th Street, a cantilevered rooftop expansion above 260 Eleventh Avenue, and an exterior renovation of 549 West 26th Street. The new construction will primarily function as an office property. Additional components include ground floor retail and underground parking.

Updates to the proposals are dated April 9 include changes to the building’s ground floor façade, structural exoskeleton, and rooftop massing. 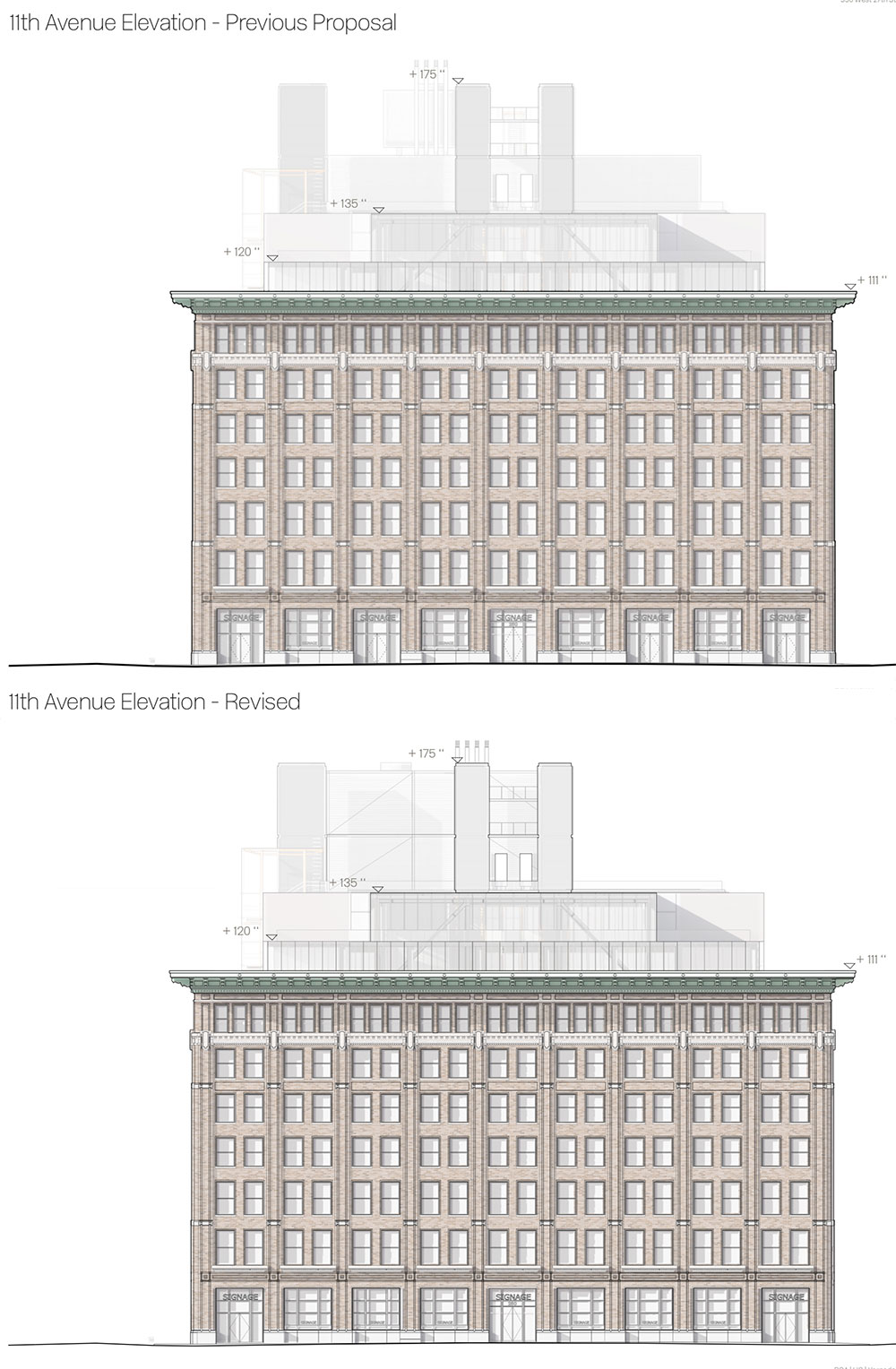 At the ground level, illuminated metal signage along Eleventh Avenue has been reduced and entry into the building is now limited to three doors instead of four. Renderings do not reveal any changes to the development’s façade along 26th street. 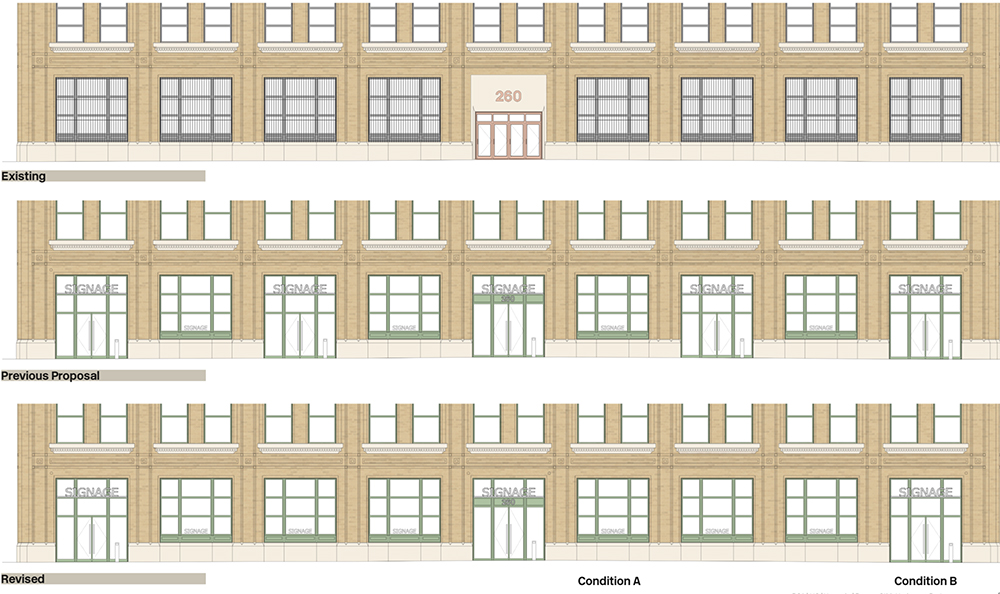 The proposed building at 550 West 27th Street includes a diagrid exoskeleton comprised of castellated steel beams in front of the glass curtain wall. The beams function as an external support system to allow for the reduction of interior columns and support structures. As a result, the development will feature sweeping floor spans and increased flexibility for future tenants. Plans include discreet alterations to the steel exoskeleton including a new mullion design where the beams intersect. The changes are barely noticeable in the updated renderings. 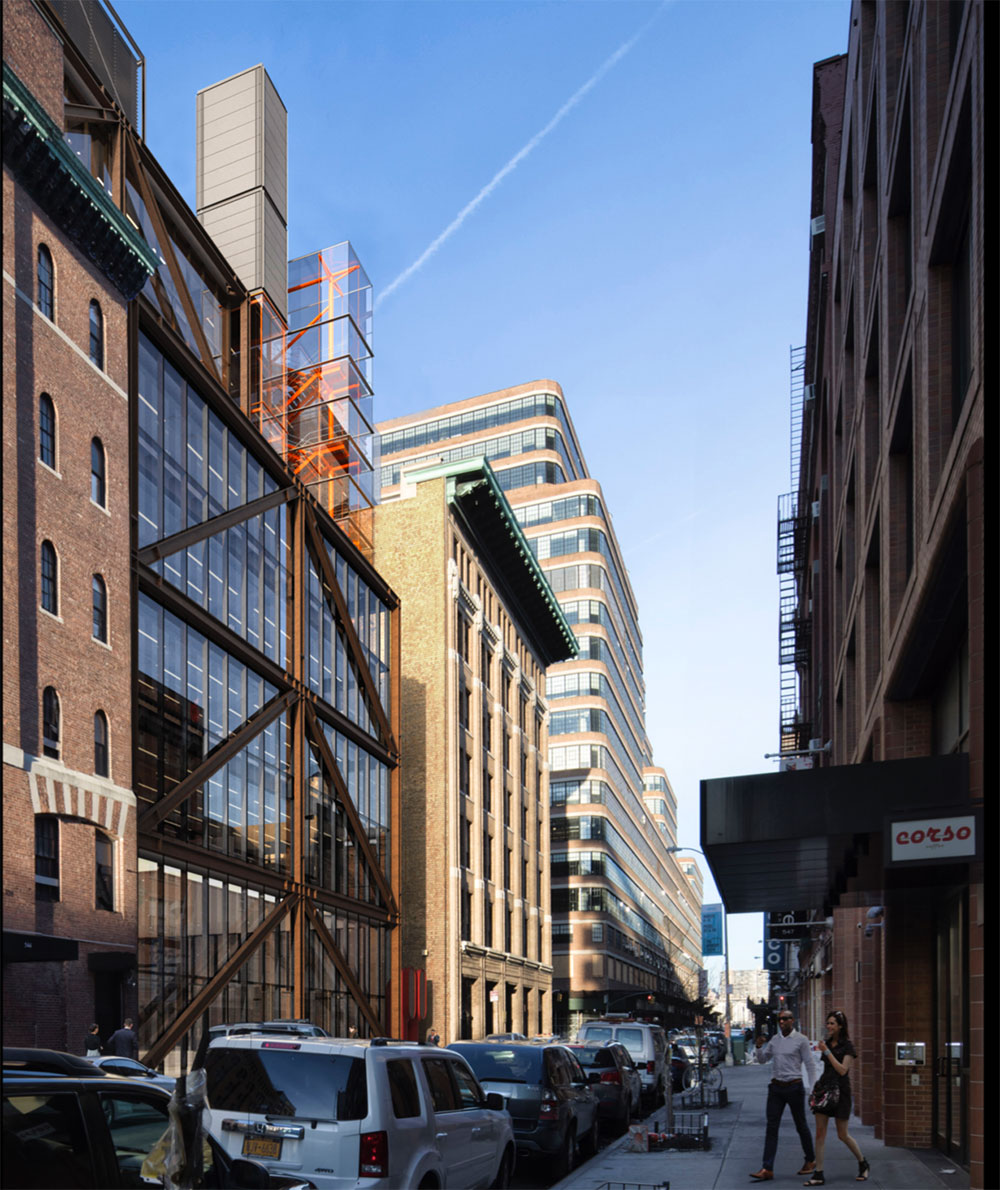 The most drastic changes include new massing of building mechanicals at the roof level. Compared to previous renderings, the mechanicals are now more vertically stacked, which effectively increases tenant-accessible rooftop area. In this updated position, the mechanicals are also much more visible from the street level. 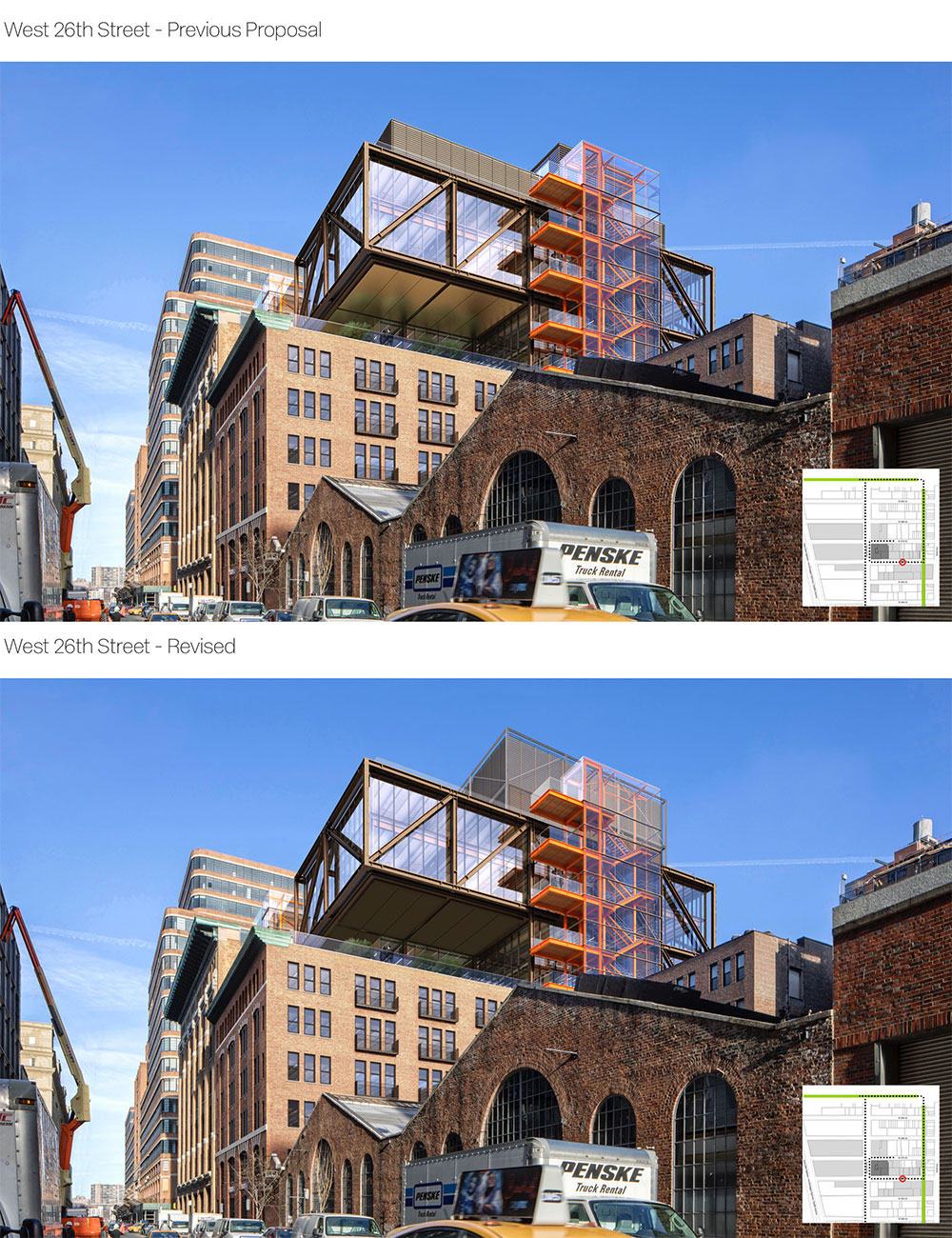 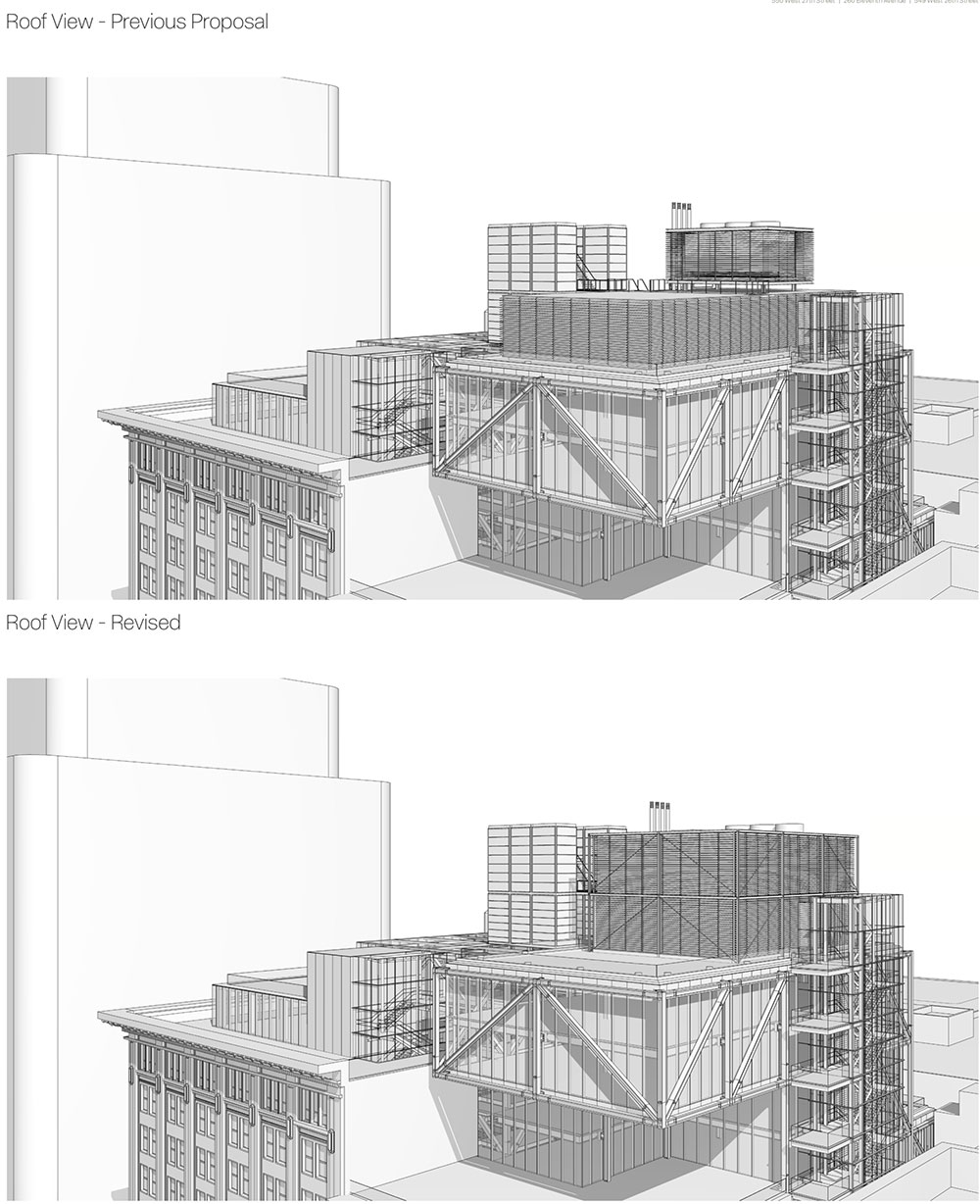