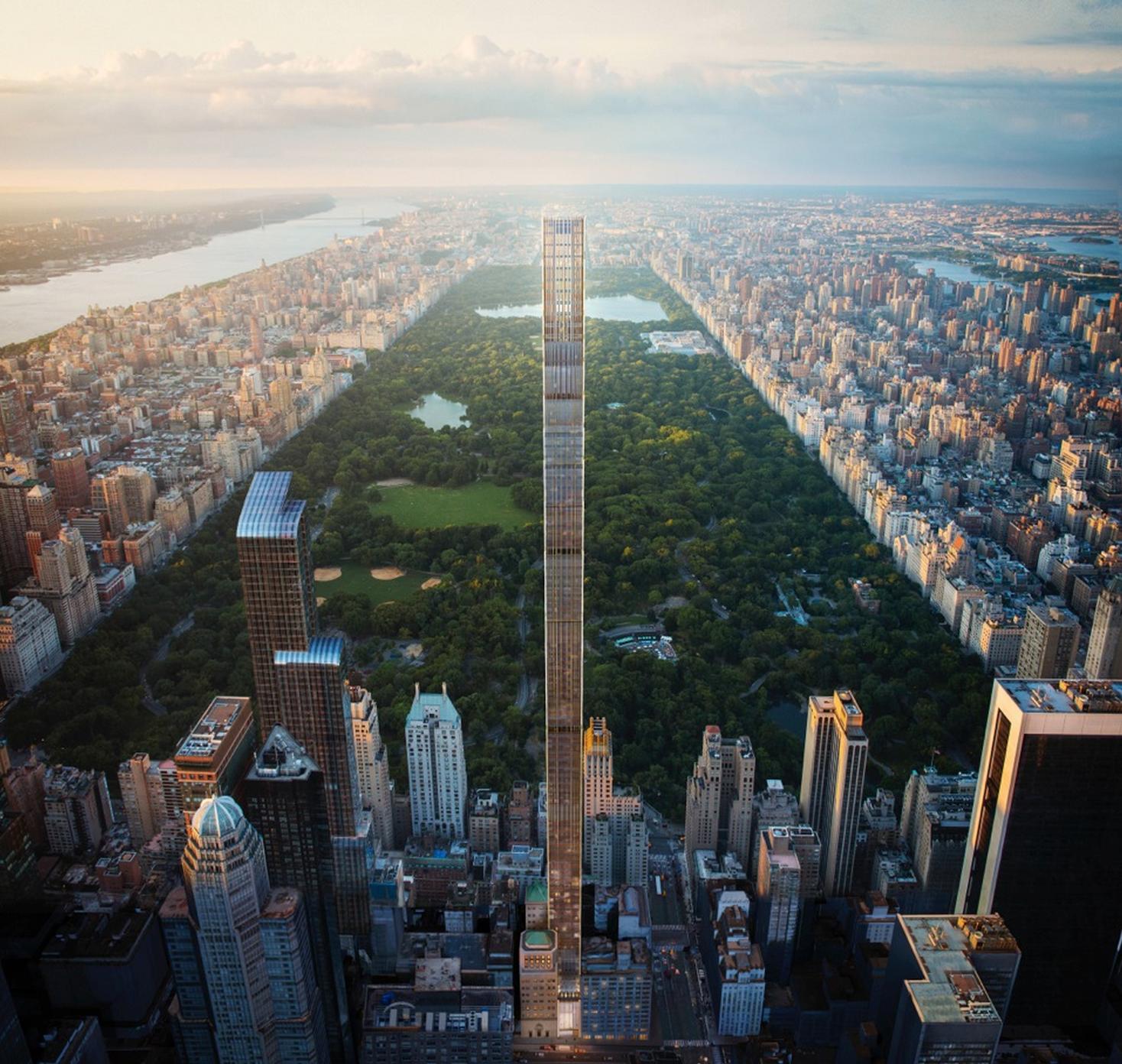 One of the greatest single engineering challenges currently under construction in New York City has risen above ground. That project is the supertall mixed-use residential tower 111 West 57th Street, located just west of Sixth Avenue in Midtown, and we can see the construction progress on the Billionaires’ Row building thanks to several photos posted by YIMBY Forums users. 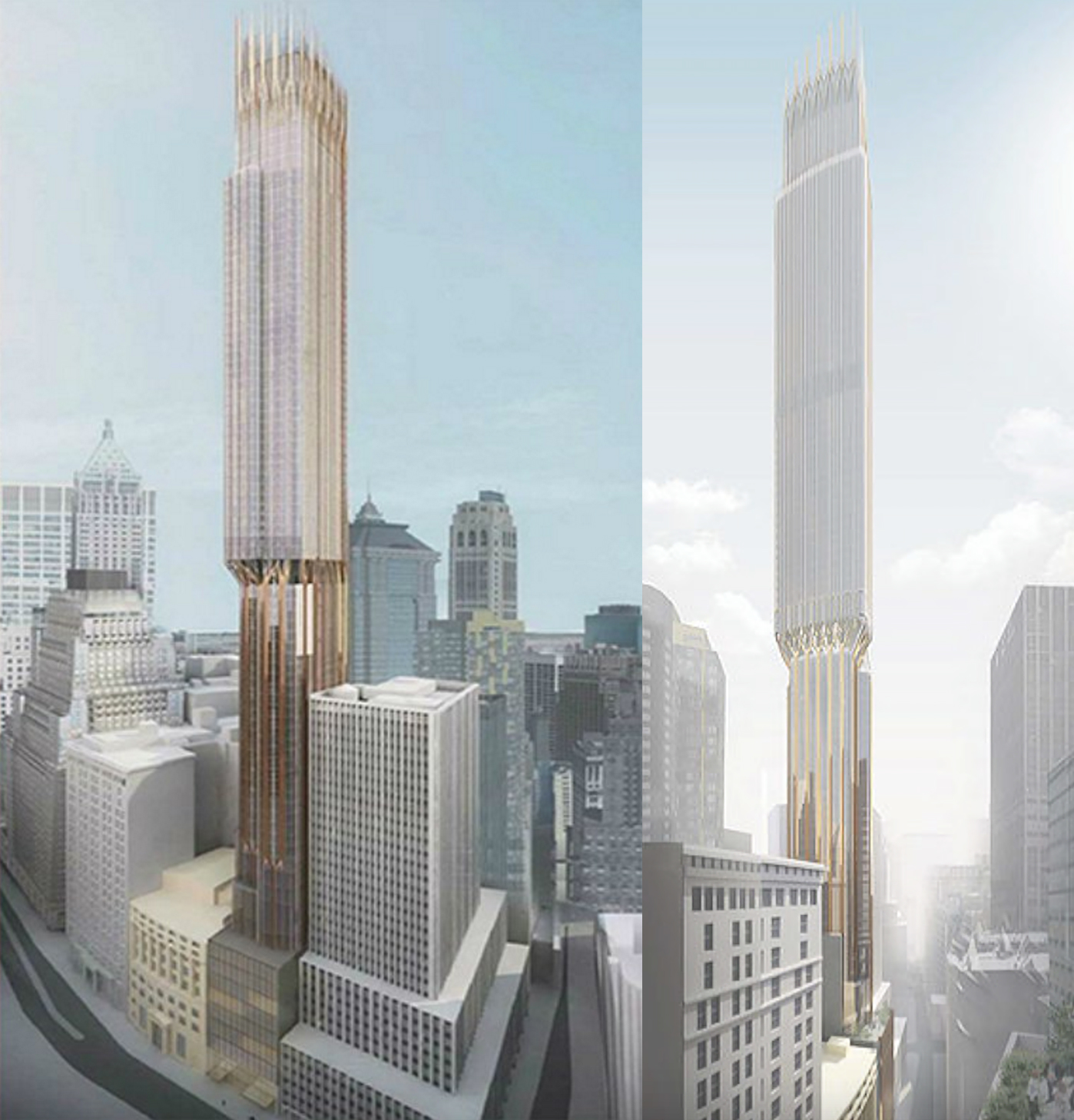 Earlier this week, YIMBY brought you a new rendering of the mixed-use supertall tower planned at 45 Broad Street, in the Financial District, but now new building applications have been filed with the Department of Buildings. The 371,634-square-foot tower, which has been marketed as 86 stories, will actually have 64 real floors and will stand 1,115 feet above street level. It will also have 150 residential units, which is significantly less than the previous figure of 245. The apartments should average 1,394 square feet apiece, indicative of condominiums, and units will come in studio to three-bedroom configurations. There will also be 48,077 square feet of office space on the third through eighth floors. The project’s 20,000 square feet of amenities will be located on three sub-cellar levels and the ninth through eleventh floors. Madison Equities, Pizzarotti-IBC, and AMS Acquisitions are the developers, and CetraRuddy is behind the design. Excavation is expected to begin later this year, with completion of the tower scheduled for 2018.

One of the most prominent new developments in New York City is currently under construction on Manhattan’s far West Side. Hudson Yards, when complete, will be a massive mixed-use complex, and now, thanks to a recently-launched website, we have some new looks at the project. 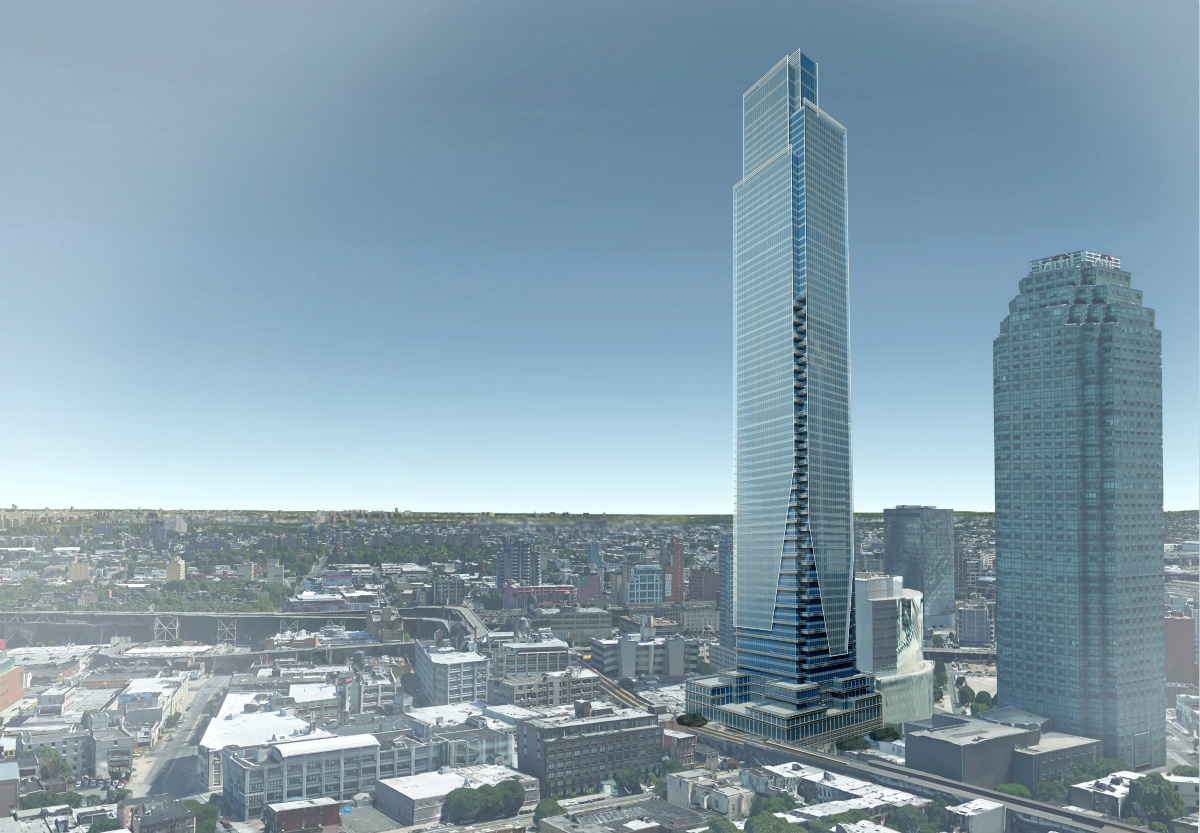