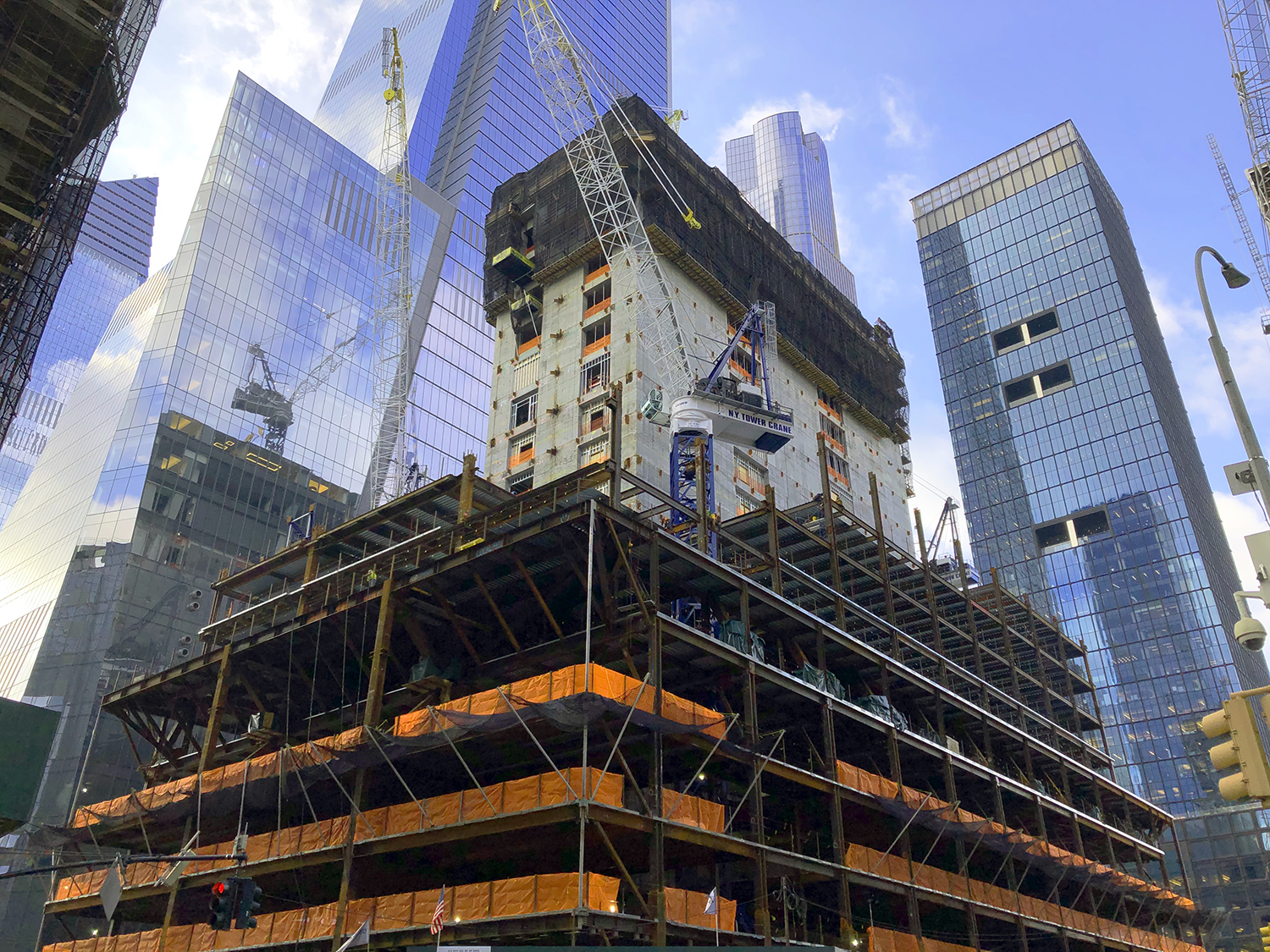 The steel superstructure is continuing to rise skyward at 50 Hudson Yards, the number-nine project on YIMBY’s countdown of the tallest buildings under construction in New York City. Workers have made a significant amount of progress since we checked in one year ago, when foundations were just beginning to make their way toward street level. Now, a mass of steel beams, columns, and trusses for the wide floor plates are ascending around the reinforced concrete core. Designed by Norman Foster of Foster + Partners, the 1,011-foot-tall commercial office supertall is the final segment of the first phase of Related Companies‘ Hudson Yards complex. Oxford Properties and Mitsui Fudosan are developing the 2.9-million-square-foot structure, the largest component in the 28-acre master plan by volume. 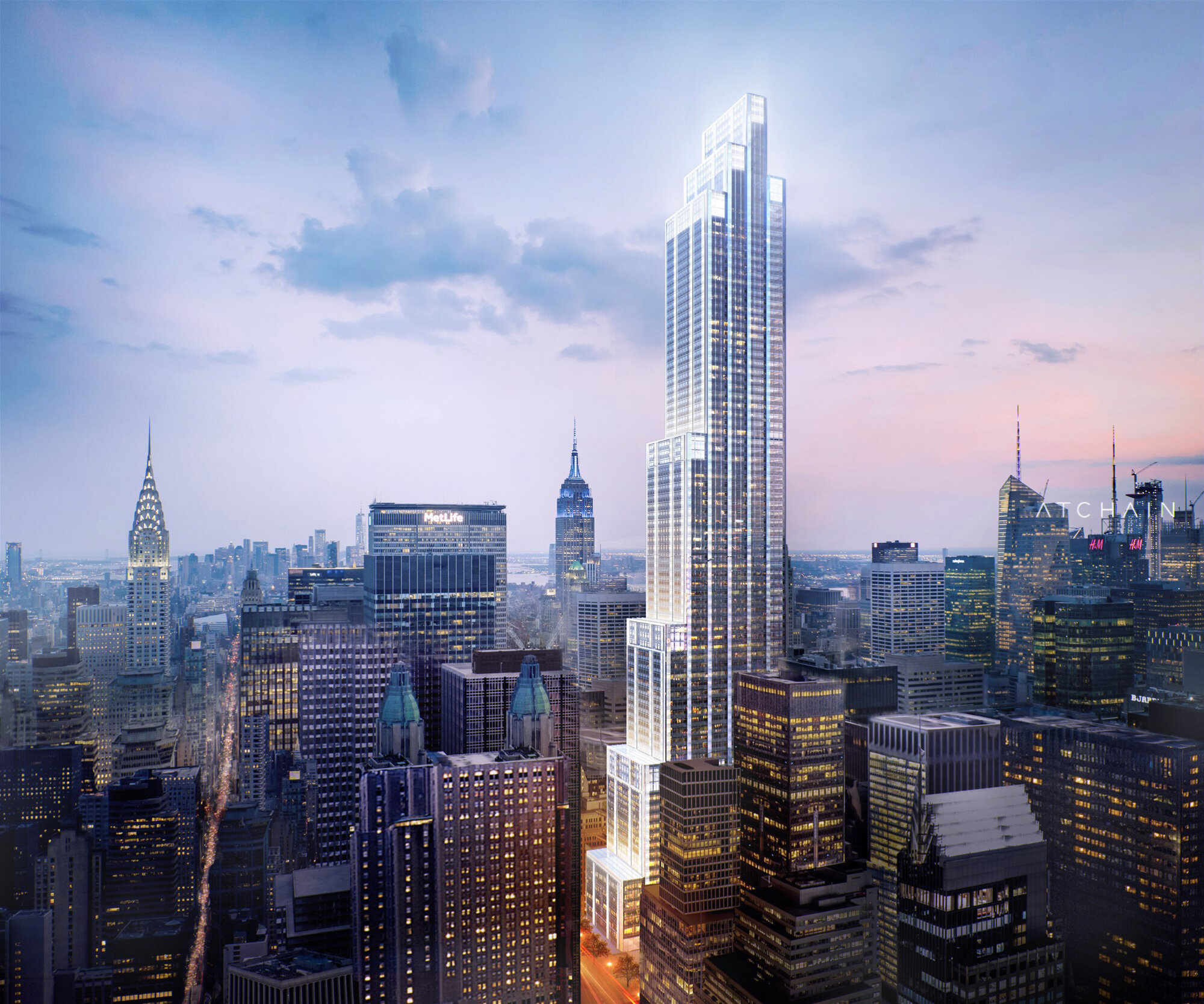 Last month, YIMBY posted the first look at plans and renderings for 270 Park Avenue, which will become the future headquarters for JPMorgan Chase. The structural behemoth will become one of the largest office buildings in the Five Boroughs upon completion, totaling 2.5 million square feet and rising approximately 1,425 feet to its pinnacle. Today, we have another look at the project thanks to visualization firm ATCHAIN. While this image is the most refined of what has been revealed to date, differences in the silhouette between this version and the one leaked in a JPMorgan Chase report accompanying YIMBY’s last post indicate that this specific version could already be outdated relative to the previous reveal. 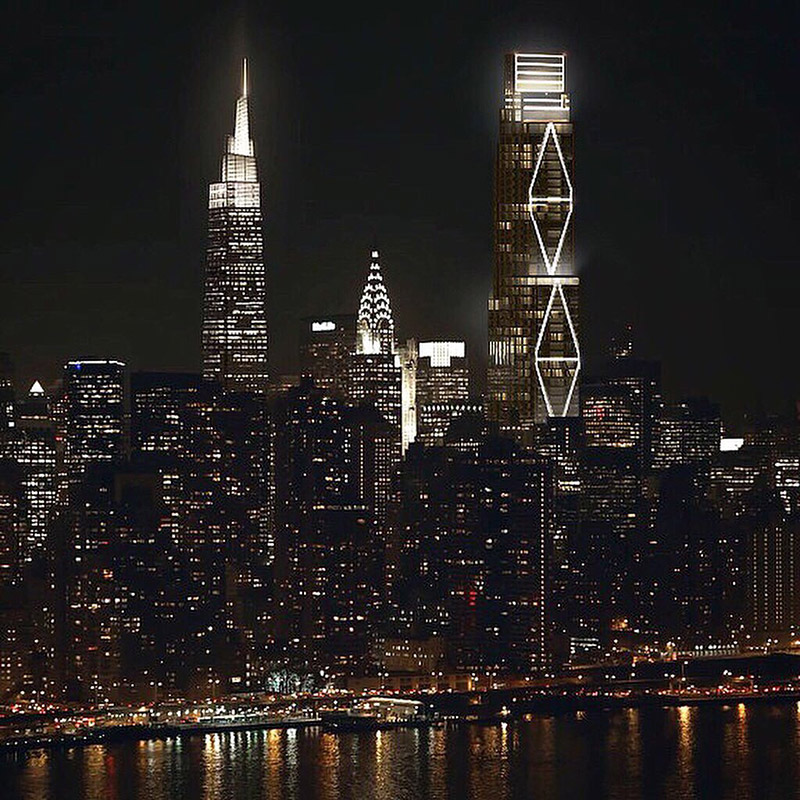 A new set of unofficial renderings by Siniaevart illustrate evening views of 270 Park Avenue in Midtown East. The JPMorgan Chase headquarters is expected to top out in excess of 1,400 feet above ground, introducing a dominating new form to the Manhattan skyline. 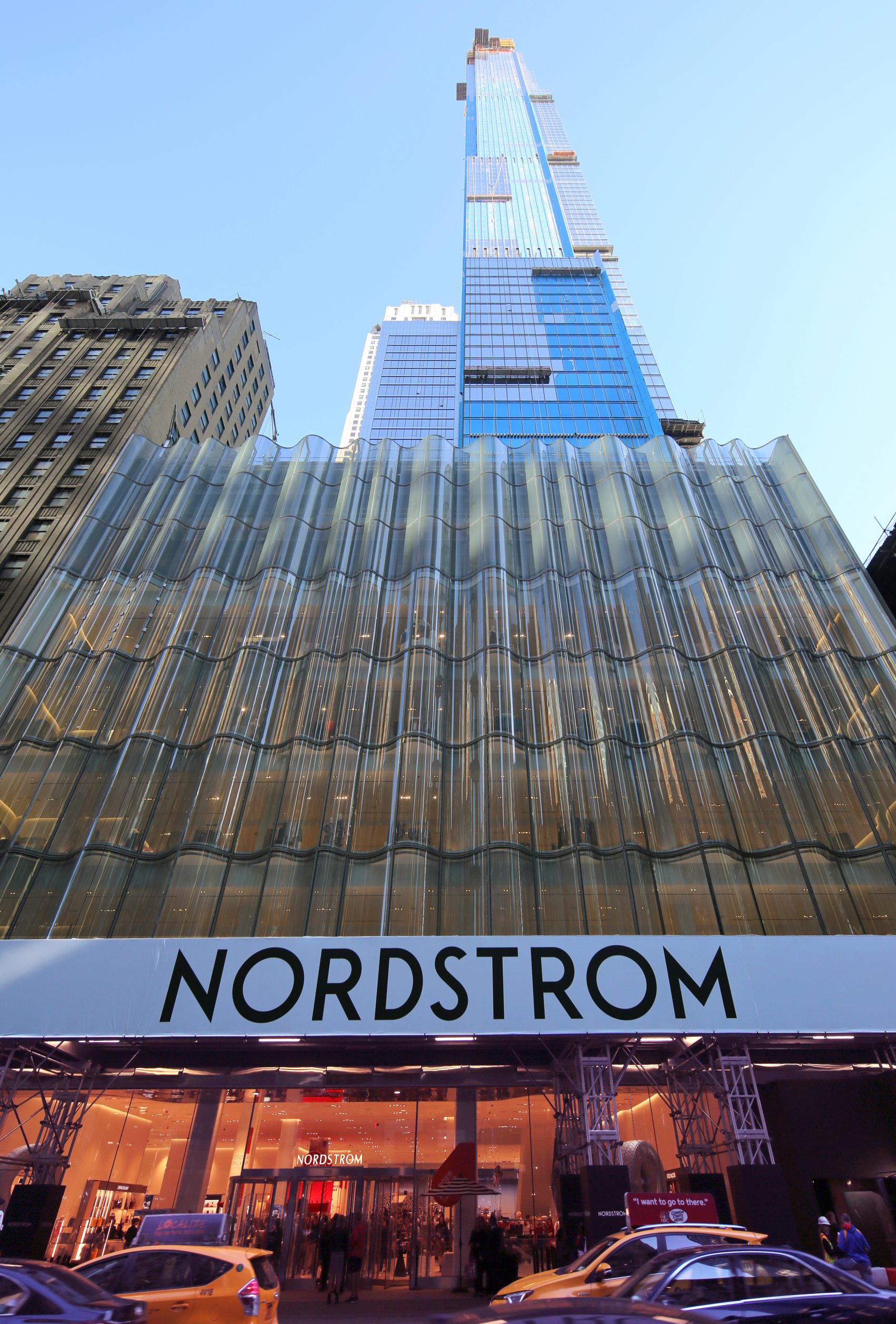 The seven-story Nordstrom flagship at the base of Central Park Tower, aka 217 West 57th Street, is finally open for business. Thursday, October 24 marked the official opening of the massive 320,000-square-foot store, its largest in New York. The main doors are located along West 57th Street underneath the wavy, transparent glass curtain wall. James Carpenter Design Associates is the designer for the store, collaborating with Nordstrom’s inhouse design team to work with architects, CallisonRTKL. Extell is the developer of the 1,550-foot-high Adrian Smith + Gordon Gill-designed supertall. This is the first portion of the property that is finished. 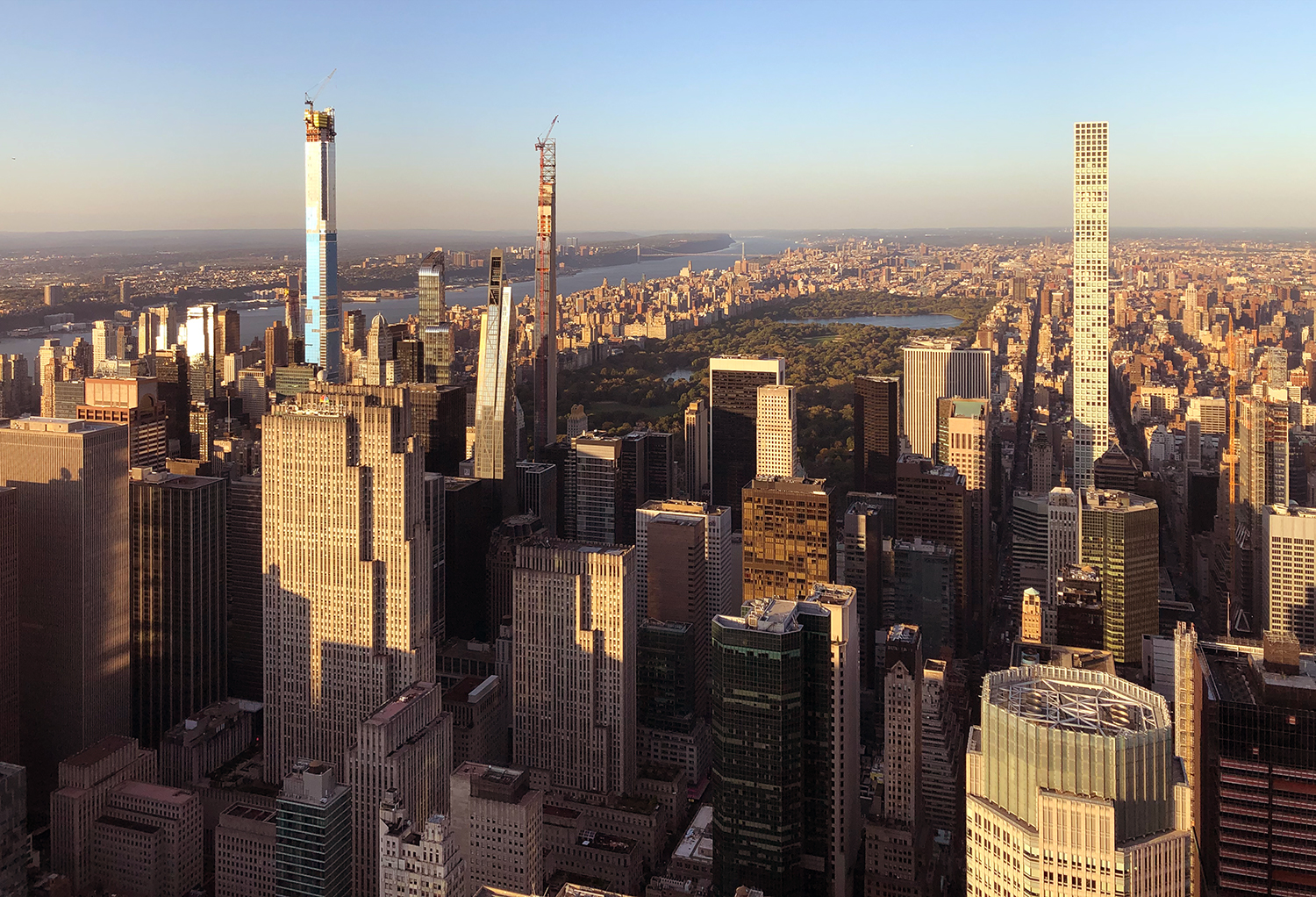 YIMBY recently went on a hard-hat tour of Kohn Pedersen Fox’s One Vanderbilt. The topped-out 1,401-foot supertall is currently the tallest skyscraper in Midtown East and the third tallest in the city by architectural height, when measured to the tip of the 100-foot-tall spire. SL Green is the developer of the 77-story commercial office property, which is set to have a three-story indoor and outdoor observatory perched 1,020 feet above the busy Midtown streets. The crown will eventually be covered in a glass curtain wall that should most likely be lighter in appearance than the mixed terracotta and glass assembly that covers the rest of the structure.