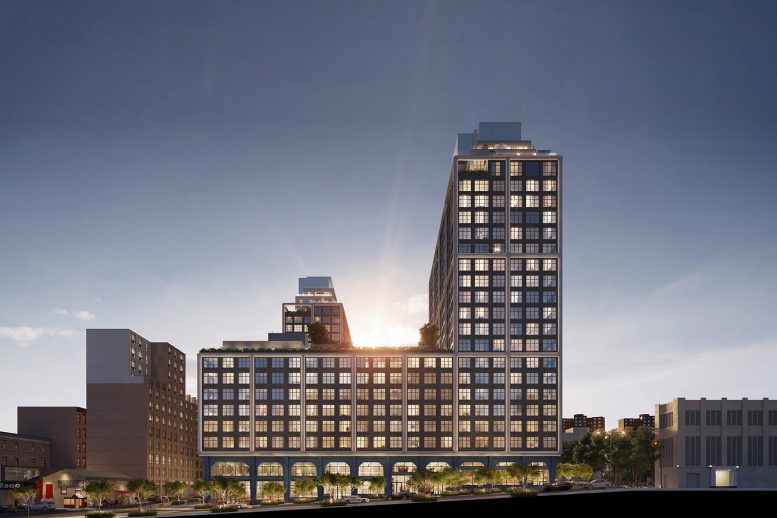 Front & York, Morris Adjmi Architects‘ 1.1-million-square-foot residential development at 85 Jay Street, is steadily rising in in DUMBO, Brooklyn. Two construction cranes continue to lift and place materials across the wide floor plates of the reinforced concrete structure. CIM Group and LIVWRK are the developers of the 21-story project, which will yield condominiums, rentals, and retail space.

New photos show the state of the progress. The rectangular site takes up a whole city block and is bound by Jay Street, Front Street, Bridge Street, and York Street. This was one of the biggest undeveloped sites in the neighborhood, and was acquired for $345 million from the Jehovah’s Witnesses three years ago. 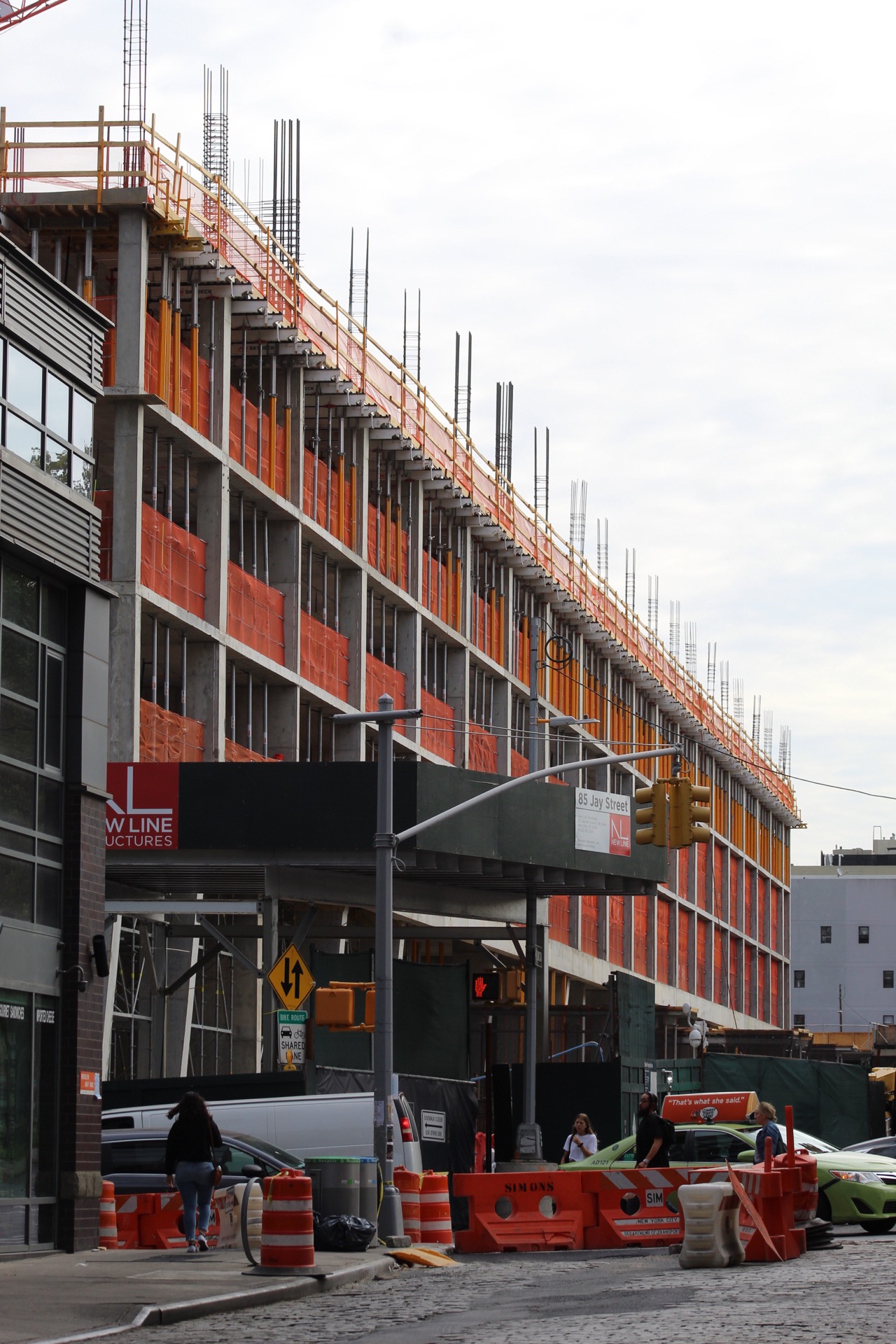 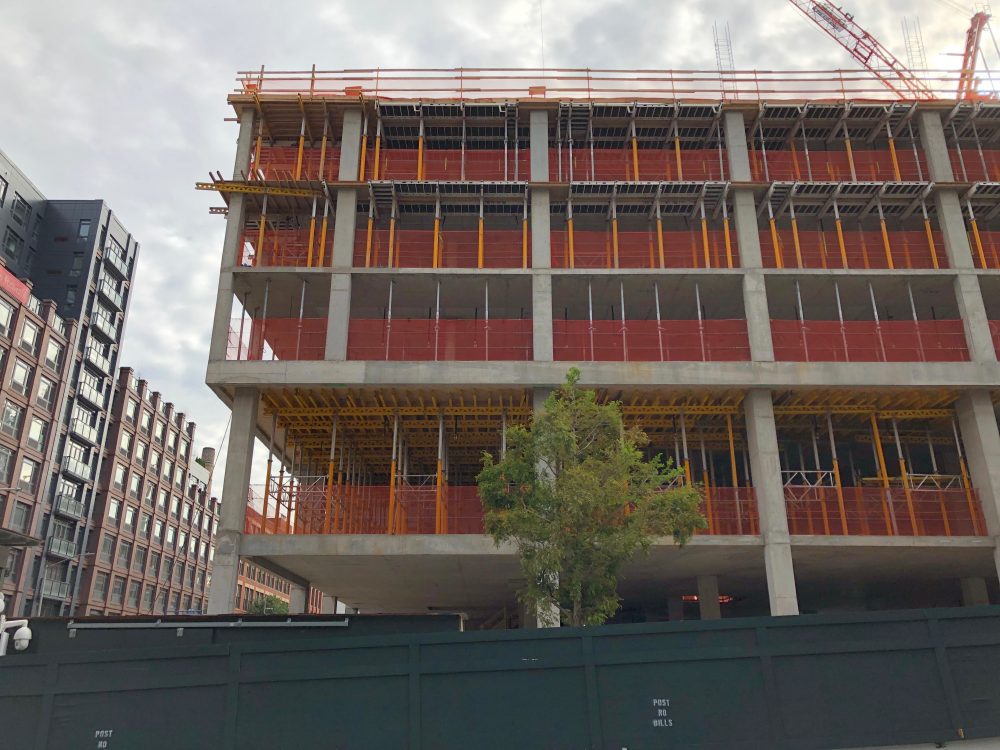 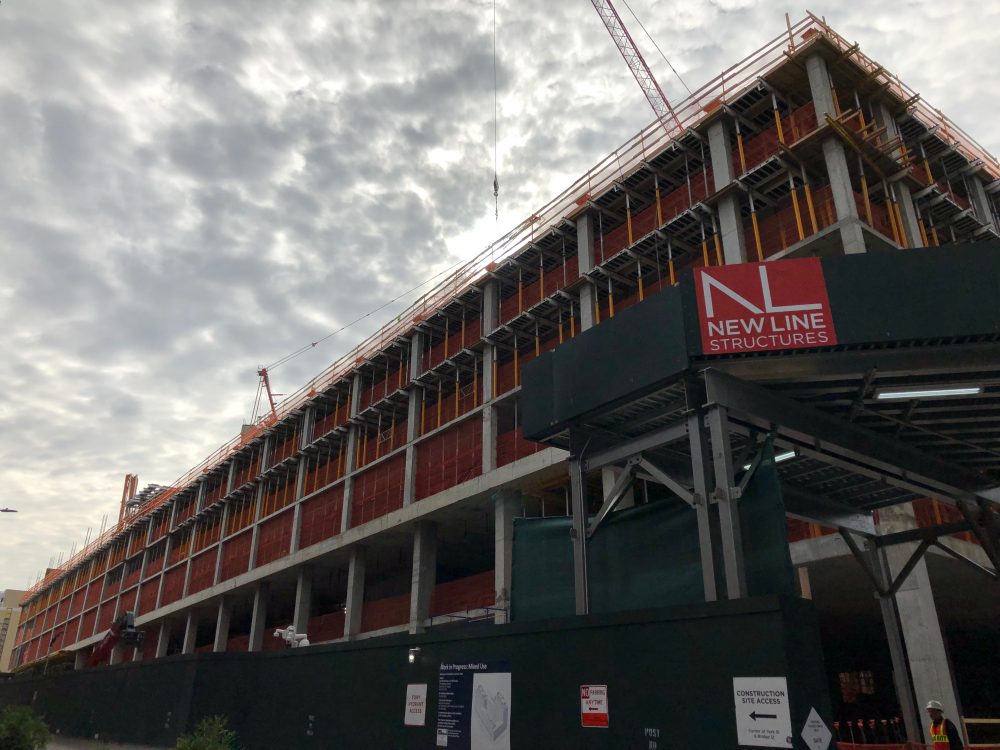 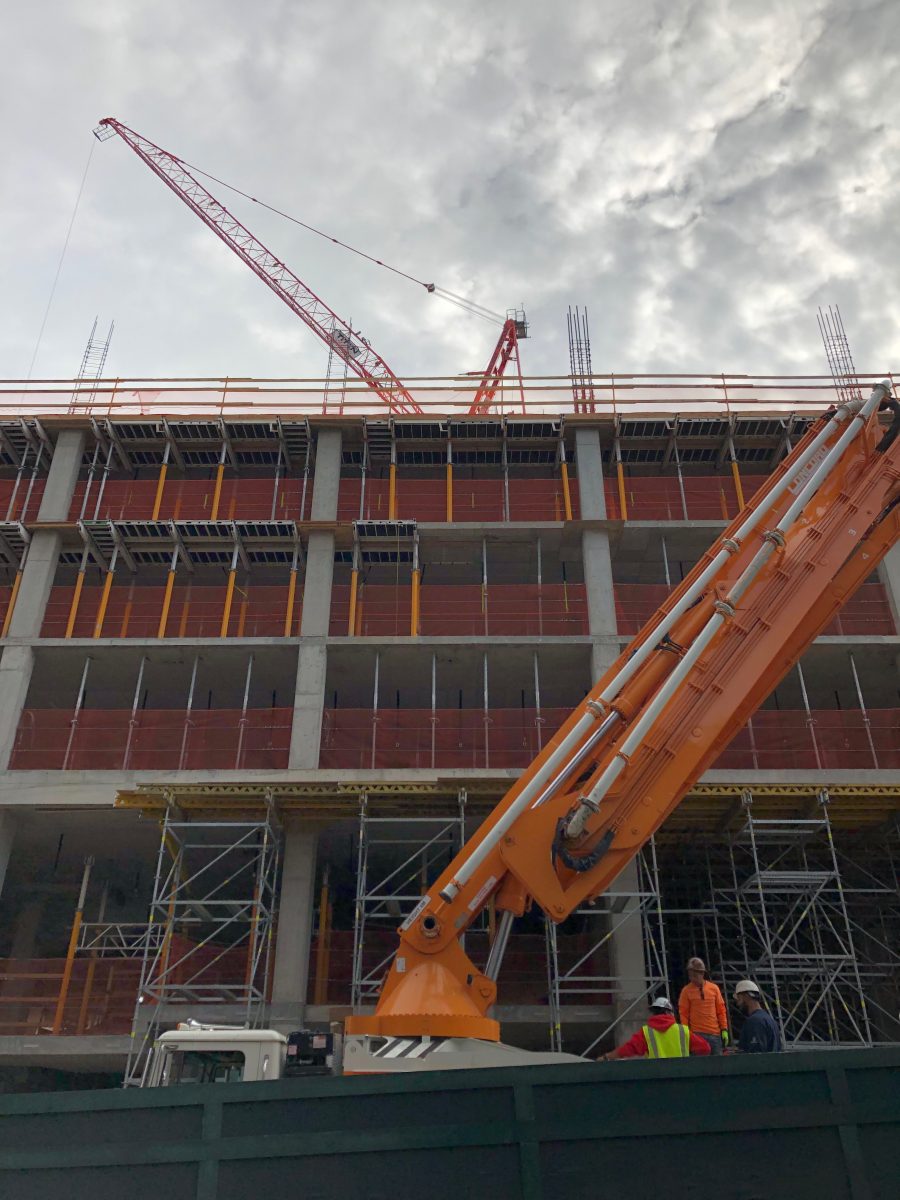 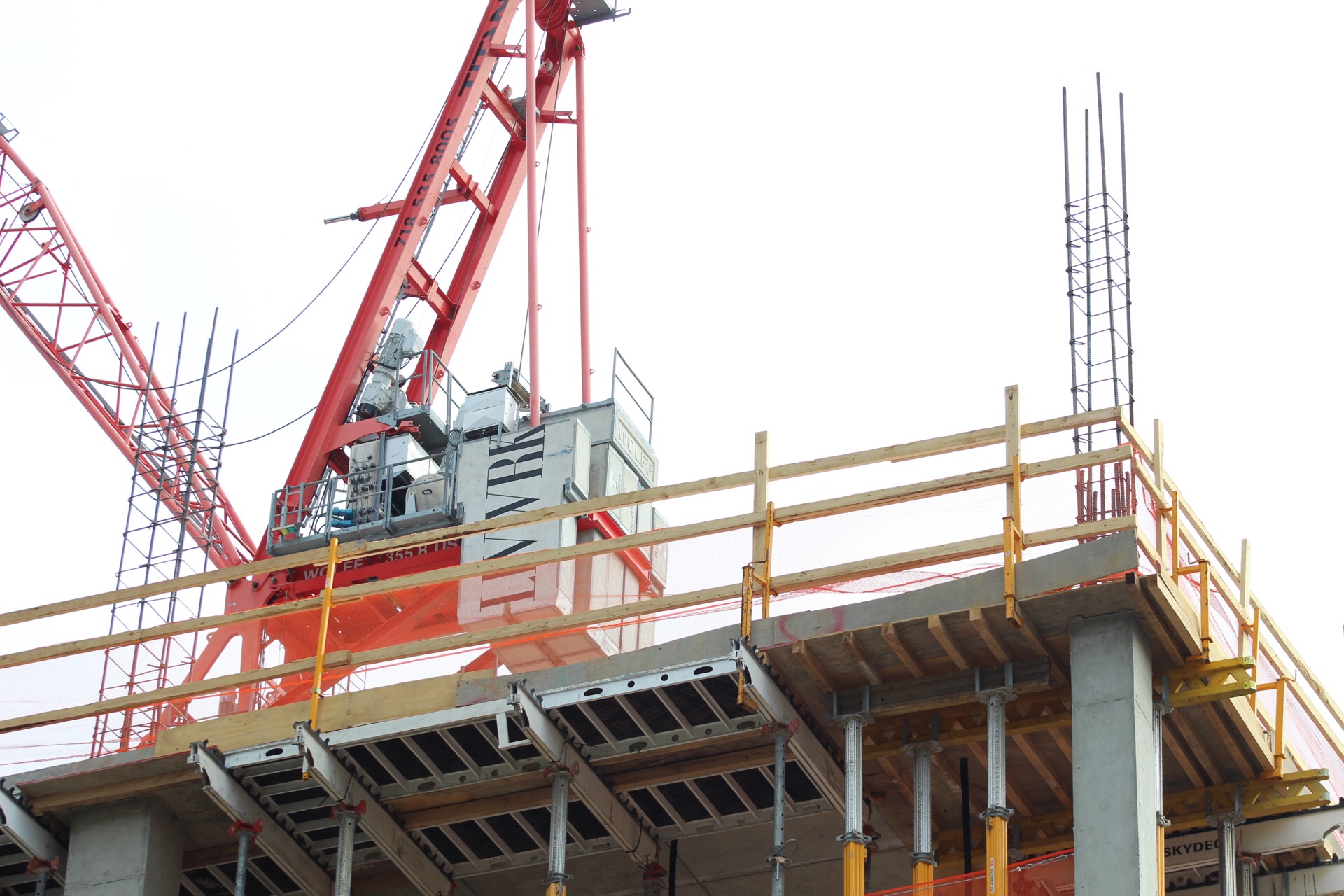 Work on the nine-story podium is continuing. The ground floor is designed to have large spanning arches that were inspired by the spandrels of the nearby Manhattan Bridge, while the rest of the curtain wall features a traditional grid of industrial-style windows. The tenth floor will make way for two identical and offset 12-story structures that contain the residences, which will offer occupants views of Downtown Brooklyn, the East River, Lower Manhattan, and Midtown.

Residential units will range from one- to four-bedroom layouts, while amenities will include a rooftop deck with a swimming pool, private underground parking spaces, and one of the city’s largest private parks designed by Michael Van Valkenburg Associates. Sales of the homes launched last month.

Front & York is located across the street from the F train, close to the A and C trains at High Street and the 2 and 3 trains at Clark Street, and a short walk to the East River Ferry.

Initial occupancy for Front & York is slated for mid-2021.

Be the first to comment on "Morris Adjmi-Designed Front & York Steadily Rising at 85 Jay Street in DUMBO, Brooklyn"