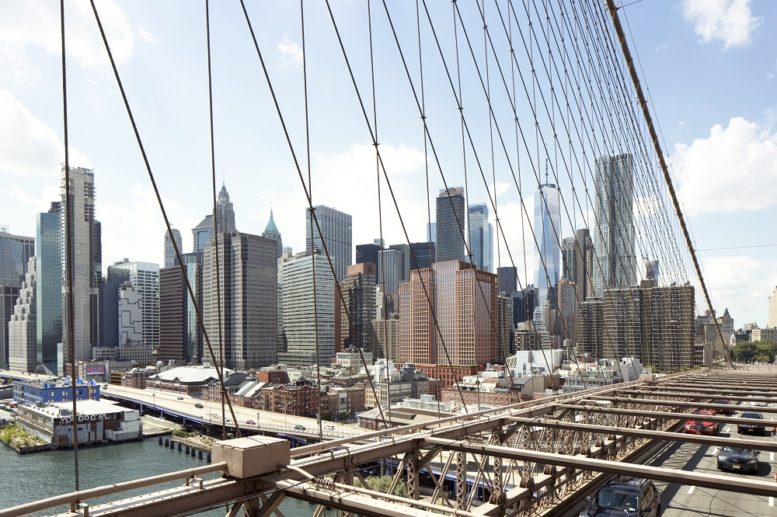 The Howard Hughes Corporation has received necessary approvals to construct a new 26-story mixed use development at 250 Water Street in South Street Seaport, Manhattan. Designed by Skidmore, Owings & Merrill (SOM), the tower will comprise a mix of market-rate and affordable rental apartments, an office component, retail space, and community facilities.

Contingent on these approvals is a donation of $40 million to the new South Street Seaport Museum. Additional investments from the developer include $9.8 million toward resiliency infrastructure and capital improvements at Titanic Park and a $3.75 million investment to expand maritime uses by facilitating vessel docking on the east and north sides of Pier 17.

Total project costs for the new development are estimated at $850 million.

“Throughout my tenure, I have been proud to advocate for mixed-income housing throughout my district, especially affordable housing in areas long out of reach for so many working families,” said New York City Council Member Margaret Chin. “The 250 Water Street project will not only transform an outdated parking lot into high-quality mixed-income housing, it will also provide a critical lifeline to one of my district’s—and our city’s—most treasured cultural institutions, the South Street Seaport Museum.”

The 324-foot-tall building and the surrounding grounds will replace a full-block surface parking lot. The tower volume will contain the vast majority of residential area and is set atop a five-story podium. The latter will house Class-A office space, the retail suites, and unspecified community facilities. Of the total residential yield, at least 70 of the apartments will be designated for families earning an average of 40 percent of area median income, or roughly $45,000 for a family of four.

The Howard Hughes Corporation has also obtained approval from the city to extend the ground lease for city-owned properties at the Seaport to 99 years.

“The approval of 250 Water Street represents an important moment in the continued revitalization of the Seaport district, and the economic and cultural recovery of Lower Manhattan,” said Manhattan Borough President Gale A. Brewer. “I am pleased that this will result in 70 new affordable apartments and an endowment of sustainable funding for the South Street Seaport Museum, a beloved organization that I have supported for many years.”

These approvals arrive after years of pushback and litigation from neighborhood activists despite support from elected officials, city agencies, and the Landmarks Preservation Commission, which granted a certificate of approval for the project in May 2020. The development also successfully passed the comprehensive Uniform Land Use Review Procedure, which included review by Manhattan Community Board 1, the Manhattan Borough President, the New York City Planning Commission and the New York City Council.

The activists’ most recent suit to overturn the LPC’s ruling was quickly dismissed in October 2021.

“This important project will play a vital role in New York City’s recovery through the creation of a new mixed-income rental building, office space, neighborhood infrastructure improvements, and critical funding to ensure the long-term success of the treasured South Street Seaport Museum,” said Saul Scherl, president of the New York Tri-State Region for The Howard Hughes Corporation. “We are firmly committed to a bright future for the Seaport neighborhood, and our 250 Water Street project is at the heart of our vision for this vital and historic part of the city.”

Construction is expected to begin in 2022. When complete, the 250 Water Street development is expected to generate $1 billion in government revenue and create more than 3,300 permanent positions and construction jobs.