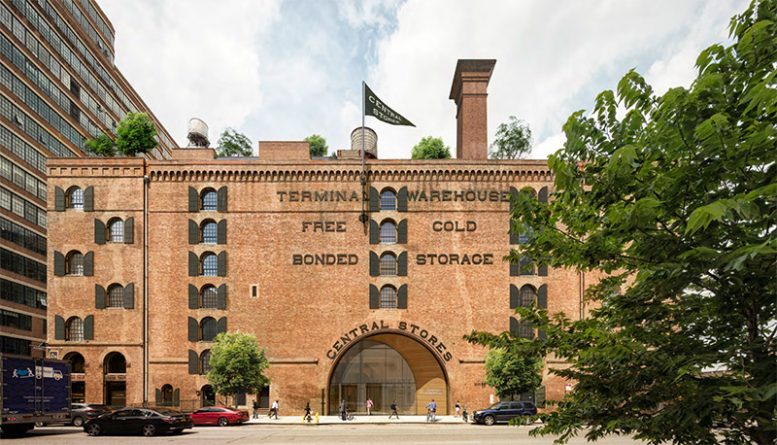 L&L Holding Company and Columbia Property Trust have successfully closed on $1.25 billion in construction financing to complete a commercial overhaul of Terminal Warehouse in Chelsea, Manhattan. Led by COOKFOX Architects, the property will eventually house a mix of Class A office suites, retail space, and dining area.

In its existing condition, the building comprises 1.2 million square feet and spans an entire city block between 27th and 29th Streets from Eleventh to Twelfth Avenue. The property was first owned by the New York Terminal Warehouse Company and constructed in 1891 by George B. Mallory and Otto M. Beck. With direct access to the river, streets, and rail lines, the property was a vital transfer point for goods heading into and out of New York City.

The structure’s most distinctive characteristic is a 670-foot-long tunnel with a twin set of rail tracks that runs through the center. Scope of work includes restoration of the tunnel, which will serve as a retail breezeway similar to Chelsea Market’s in the Meatpacking District.

A portion of the structure will be removed to make room for a large central courtyard. 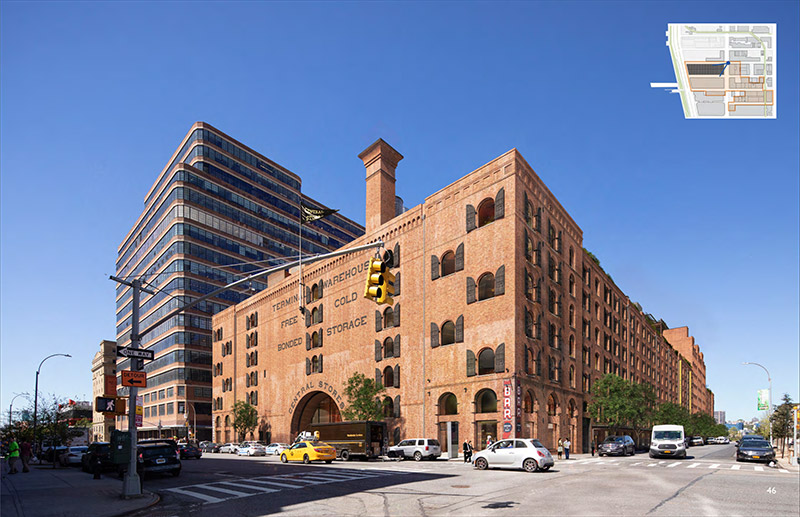 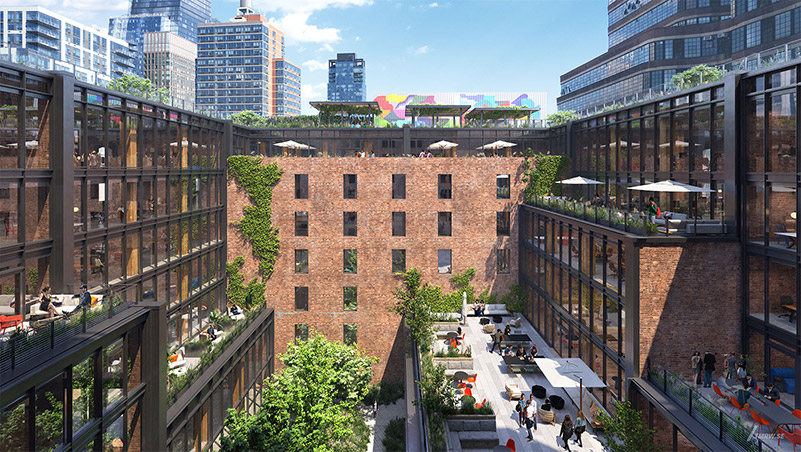 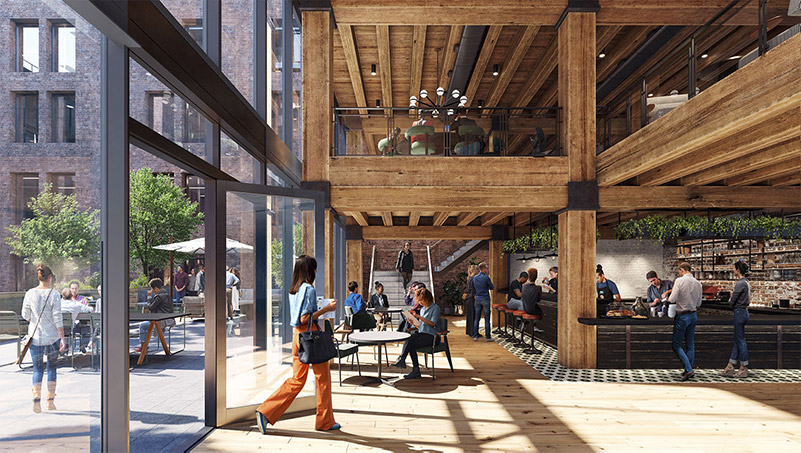 In celebration of the structure’s original design, much of the existing façade will remain, including the shuttered windows, archways, and red brick masonry. The architects will also restore an estimated 1.4 million square feet of wooden boards, an existing chimney, and metal signage among other historic details.

“The closing of this loan kicks off a new project phase for us,” said L&L principal Andrew Staniforth, who oversees the Terminal Warehouse redevelopment. “The last three years have been one of the most exciting explorations into the history and possibility of this amazing Chelsea landmark, and in the coming months we are going to start seeing it all come to life, transforming a purpose-built warehouse and distribution facility into a modern workplace perfectly tailored for New York’s future generations.”

Construction is expected to wrap by the end of 2023.