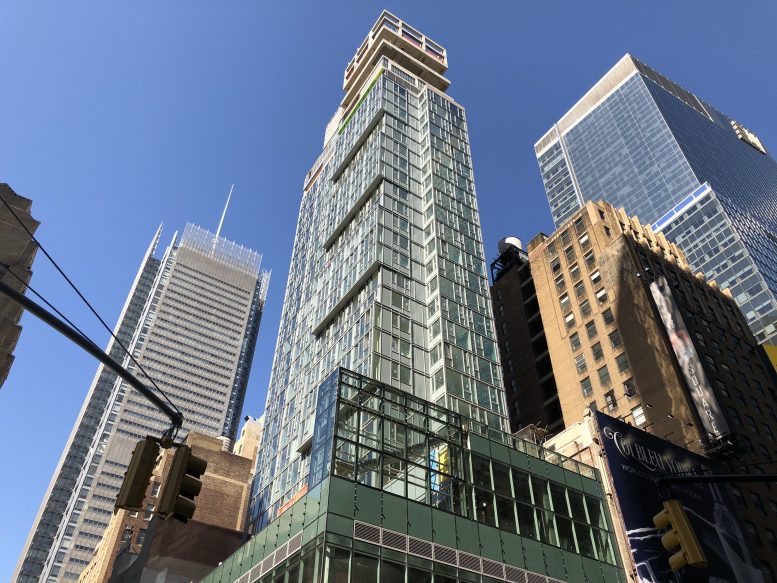 Façade installation is nearing completion on the Margaritaville Resort New York at 560 Seventh Avenue in Times Square. Designed by Stonehill Taylor and developed by Sharif El-Gamal of Soho Properties along with MHP Real Estate Services, the 29-story, 375-foot-tall tower will yield 234 guest rooms with island-inspired interior designs. The project, which is located at the corner of Seventh Avenue and West 40th Street, is expected to cost around $300 million.

Recent photos show the glass envelope nearly finished on the main southern and slim eastern profiles. A substantial amount of progress has occurred since our last update in late May, especially on the multi-story podium, which is now fully clad in floor-to-ceiling glass with thin metal mullions and teal-tinted spandrel panels. Sidewalk scaffolding, orange and white construction barriers, and metal fencing remain at street level, while the hotel’s logo can be seen displayed along Seventh Avenue. A glass-lined staircase is perched on the eastern side of the podium, allowing guests to move between levels while taking in the surrounding views. 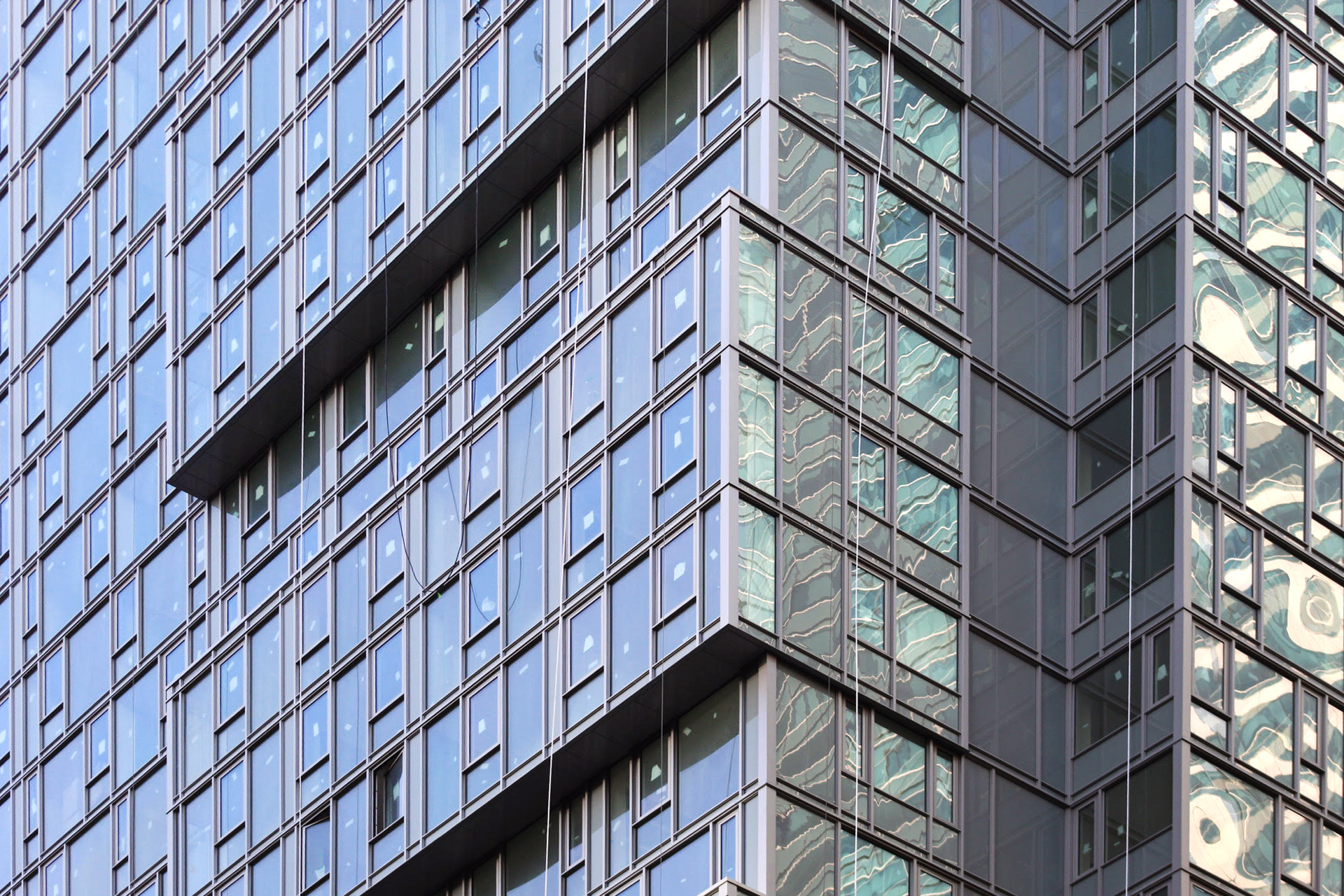 Below is a rendering that was spotted on the main website showing the completed amenity offerings in the podium. 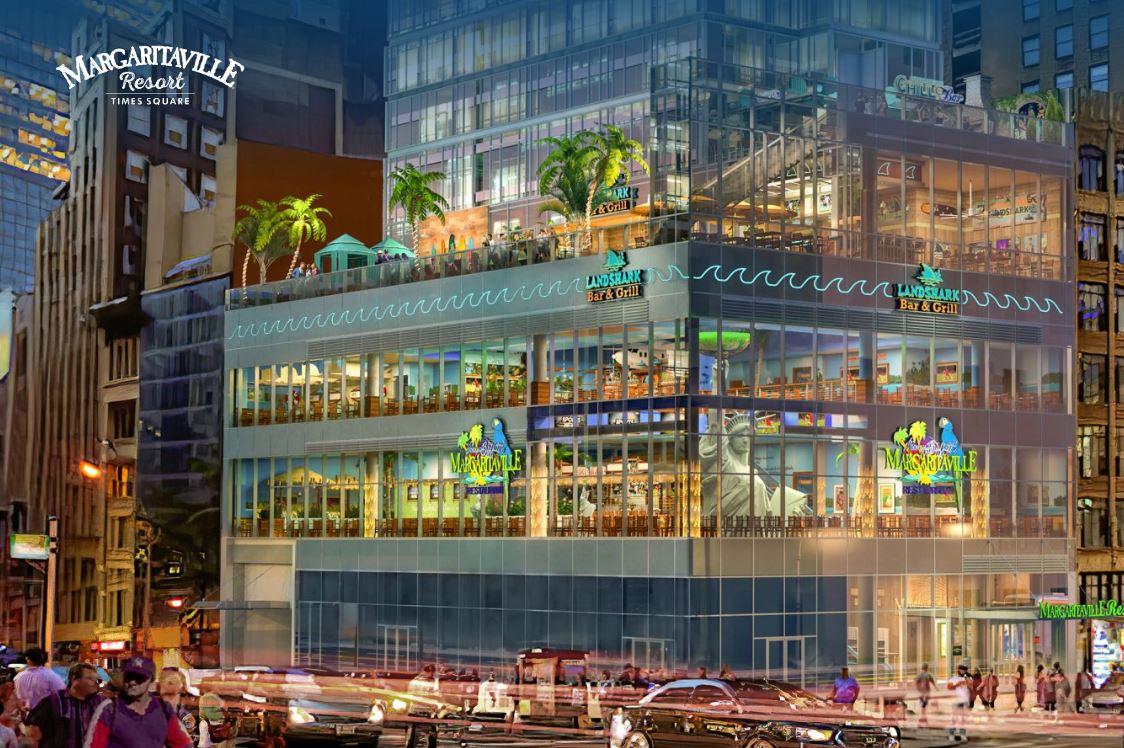 A smaller rendering shows a dusk shot of the hotel with the guest rooms illuminated. 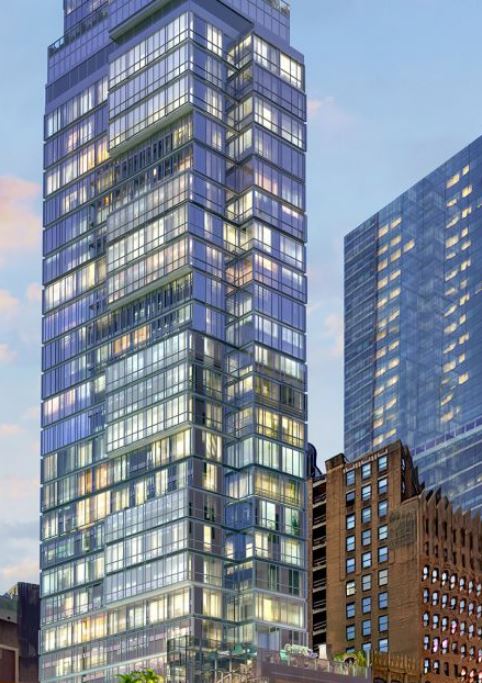 Work is still progressing at the parapet, where the extended mechanical sections are in the process of being enclosed. Scaffolding rigs hang off the sides as workers cover the concrete surfaces from the external assembly. It appears there are two levels of glass railings on the southern corner that will likely be part of the anticipated rooftop bar, called the 5 O’Clock Somewhere Bar. This high point will provide views overlooking Times Square. Other eateries planned to operate on site are Jimmy Buffett’s Margaritaville Restaurant, Margaritaville Restaurant & Tiki Bar, and Landshark Bar & Grill. 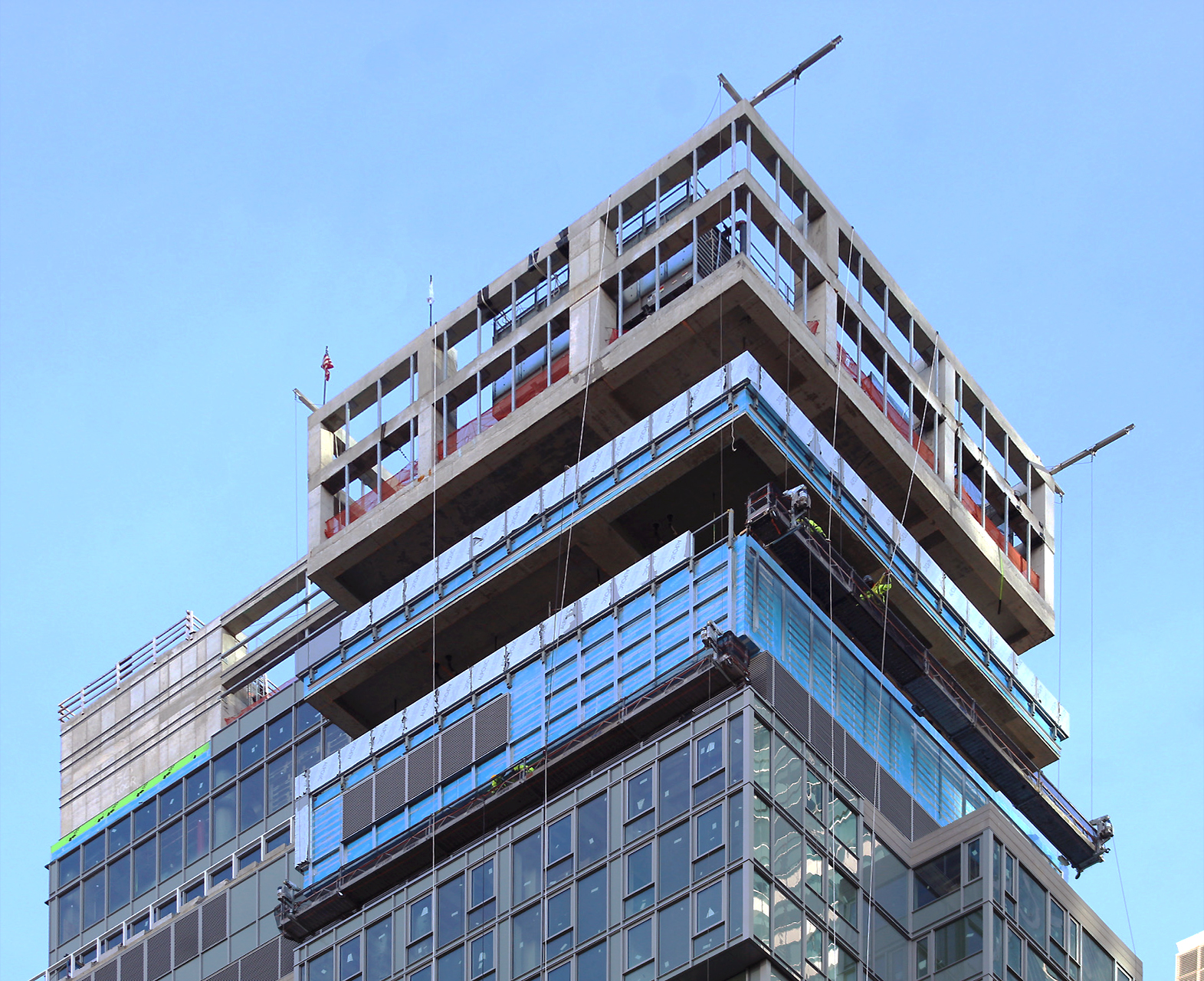 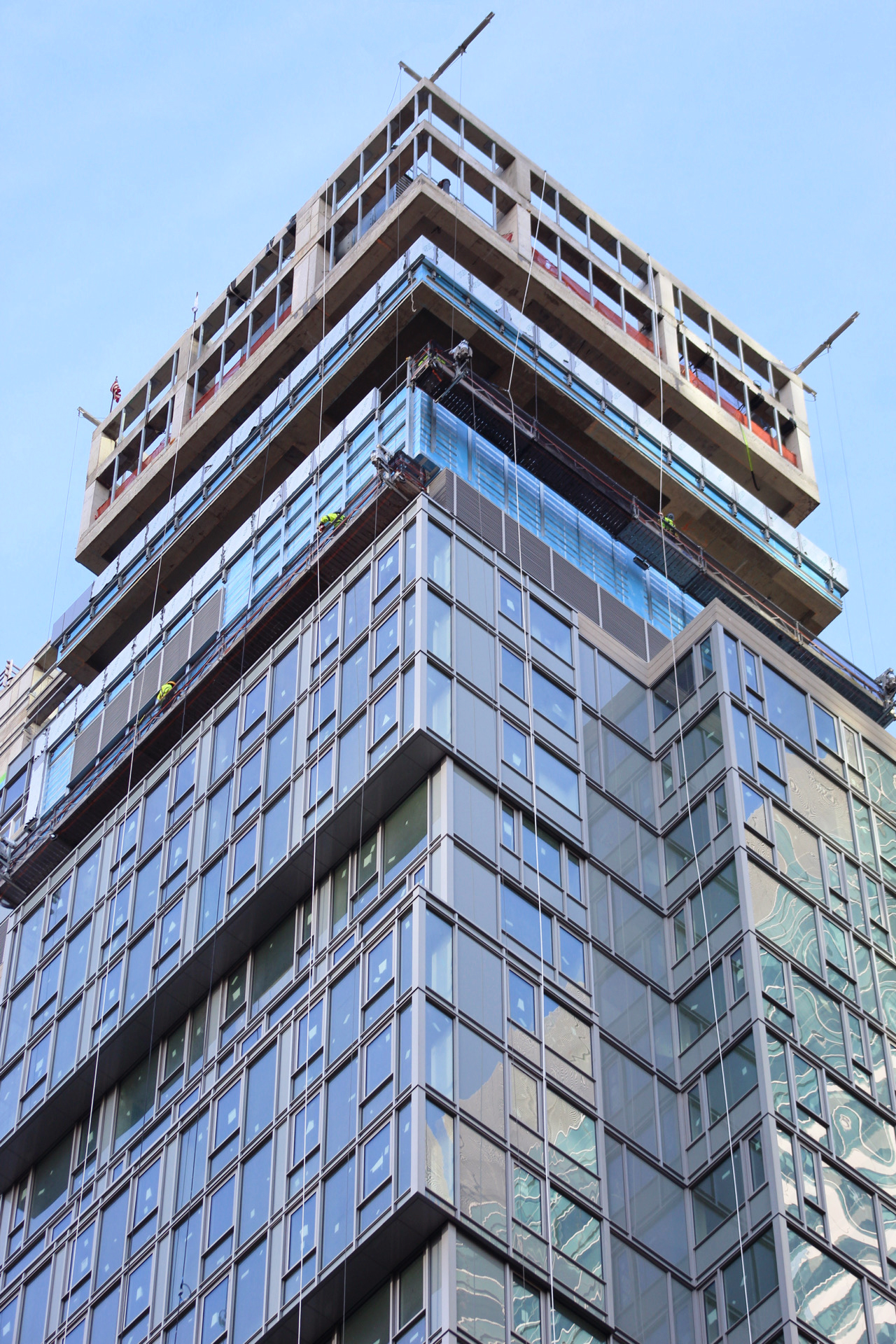 Based on the pace of progress, YIMBY expects the hotel to open to sometime later this year.

Renderings Revealed for Commercial Renovation at 3 Times Square in Manhattan

Billboard Removal and Transformation of One Times Square Progresses in Midtown, Manhattan