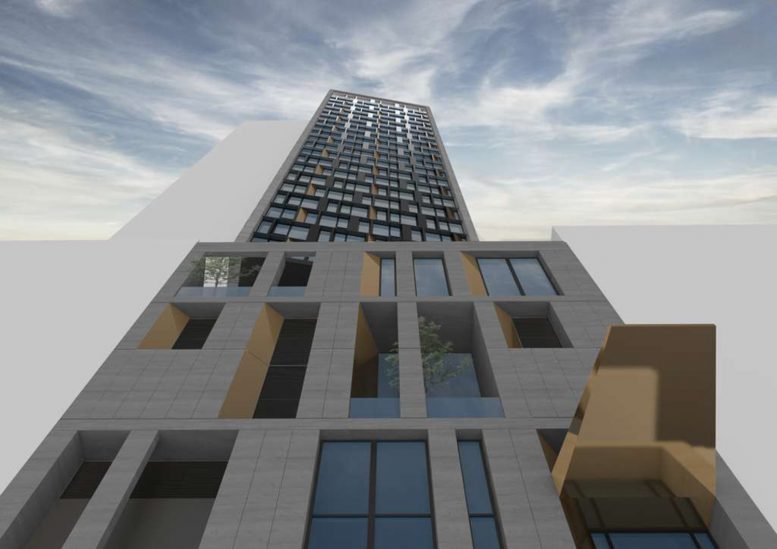 YIMBY checked in on 842 Sixth Avenue in NoMad, the site of what will become the world’s tallest modular hotel. Designed by Danny Forster & Architecture, the future 26-story building will house the AC NoMad Hotel by Marriott International. Concord Hospitality is the developer of the 100,000-square-foot project, which will contain a total of 168 guest rooms, outdoor terraces, and a rooftop bar. The narrow rectangular plot is located along Sixth Avenue between West 29th Street and West 30th Street.

A recent photo from Tectonic shows the site still sitting quiet. The reinforced concrete foundation walls and slab are finished, and a large amount of steel rebar protrudes from where the inner walls and columns will eventually rise. The base of the construction crane is in place, but the rest of the tower and boom has yet to be assembled. 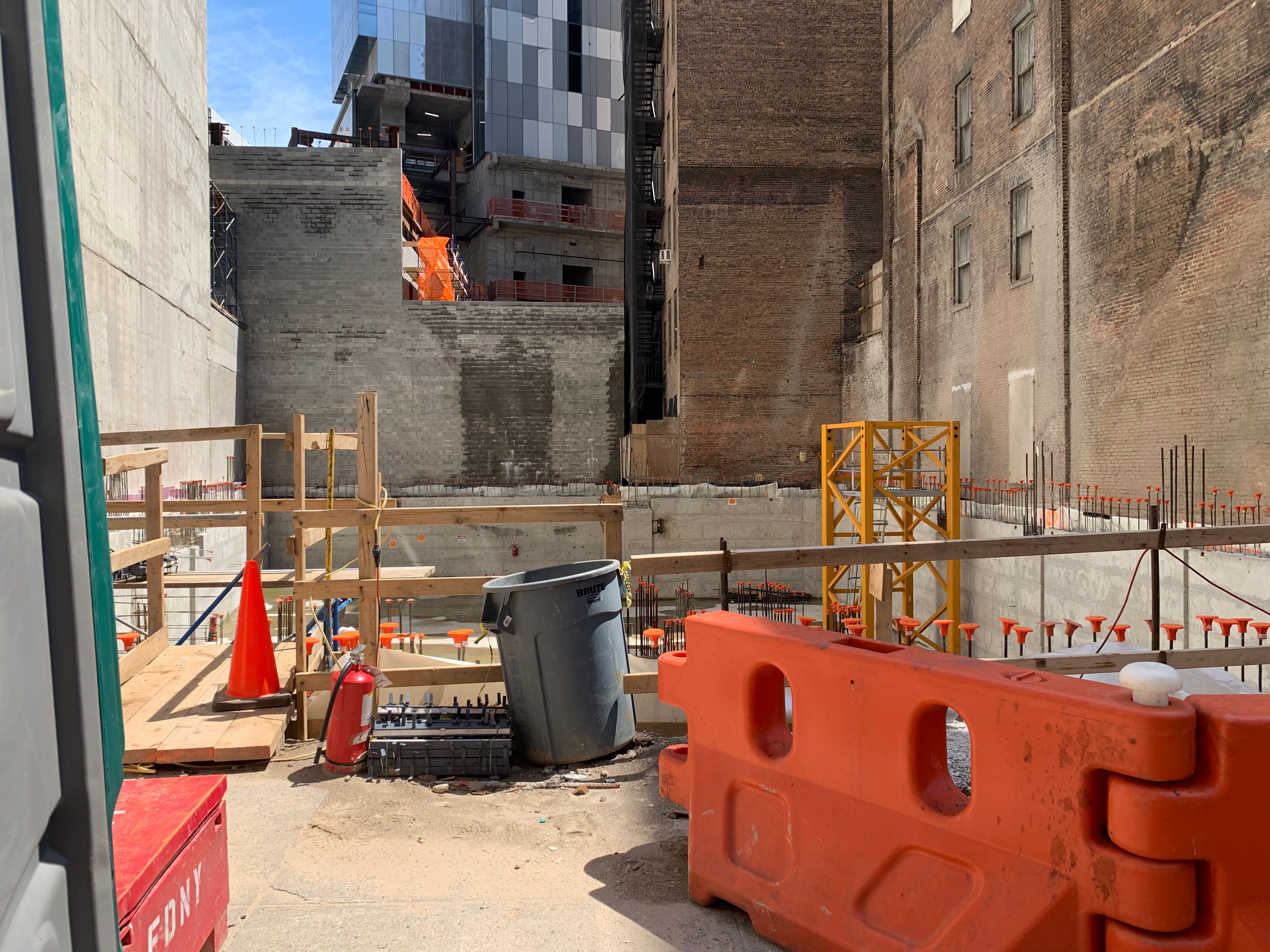 The architectural height of Forster’s design will eclipse the Lower East Side’s citizenM New York Bowery Hotel, which currently holds the record. The AC NoMad Hotel’s modular components will be manufactured, packaged, and delivered from Poland. 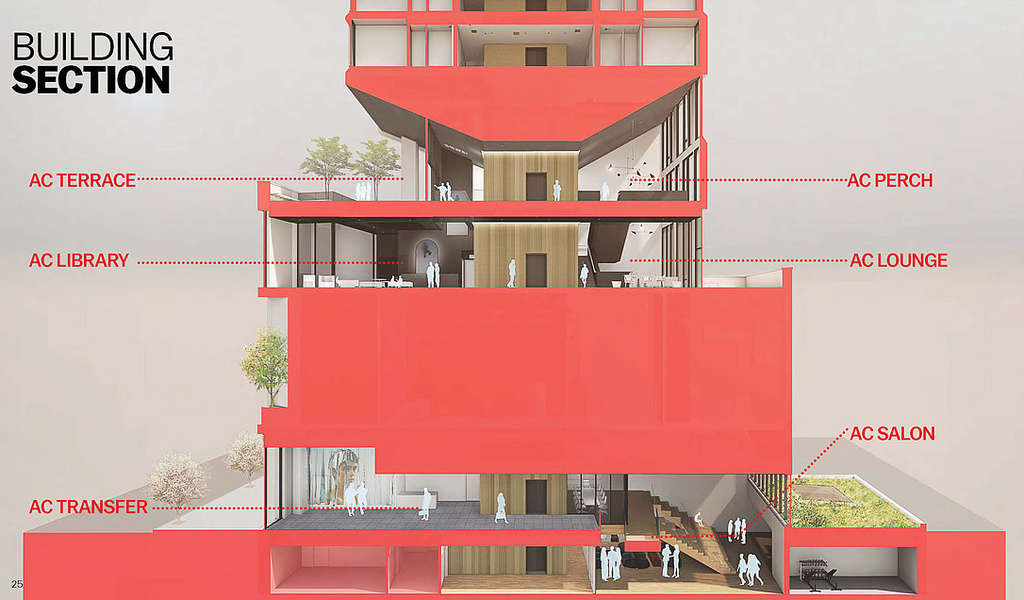 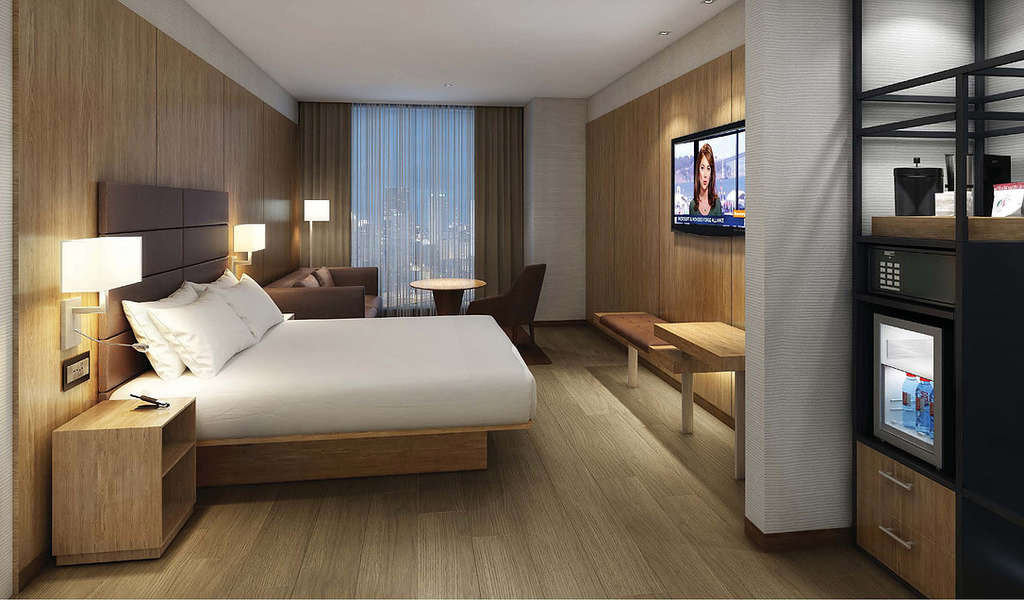 The closest subways to the site are the R and W trains at the 28th Street-Broadway station and the B, D, F, M, N, Q, R, W, and 33rd Street PATH station at the 34th Street-Herald Square station. Pennsylvania Station is only one avenue to the west on Seventh Avenue with access to the A, C, E, 1, 2, and 3 trains, as well as New Jersey Transit and Amtrak.

It is unclear when work will restart or when will the modular hotel be completed. YIMBY last reported a target date of spring 2020, but sometime in the second half of 2021 is more likely.