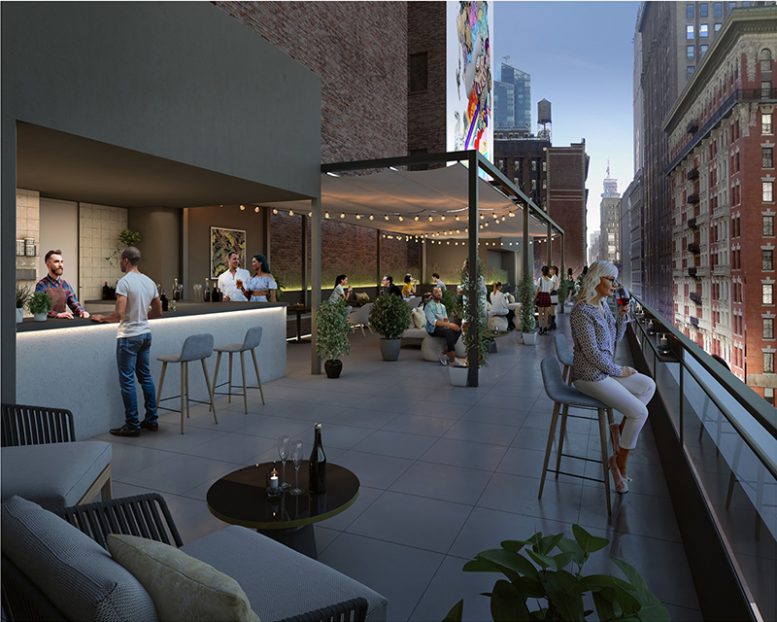 A new rooftop bar and lounge at 234 Fifth Avenue may soon take shape in NoMad pending approvals from the New York City Landmarks Preservation Commission (LPC). The five-story structure is located within the Madison Square North Historic District and currently functions as a co-working office managed by The Yard.

To make space for the proposed roof deck, NV/design.architecture, the architects of record for the project, will need to demolish an existing stair bulkhead, a skylight, a chimney, a parapet, and a stairway. The new venue will occupy the entire breadth of the existing roof and is designed to safely accommodate up to 202 people. 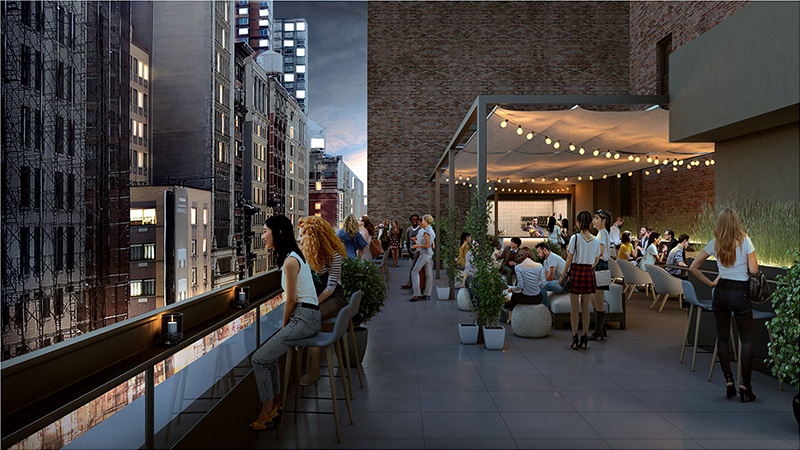 In total, the roof deck will span 2,424 square feet with a large motorized canopy structure above the lounge area. Bar storage, restrooms, an existing stairway, and a new elevator will be positioned within the penthouse addition. Scope of work also includes the construction of planters and a railing that will flank much of the lounge area, an expanded stairway at the eastern boundary of the building, and integrated benches.

The addition will increase the building’s height from 101 feet to 117 feet including all required mechanicals and a new green roof.

The LPC is expected to review these proposals on Tuesday, June 23. At this time, a construction timeline has not be confirmed. 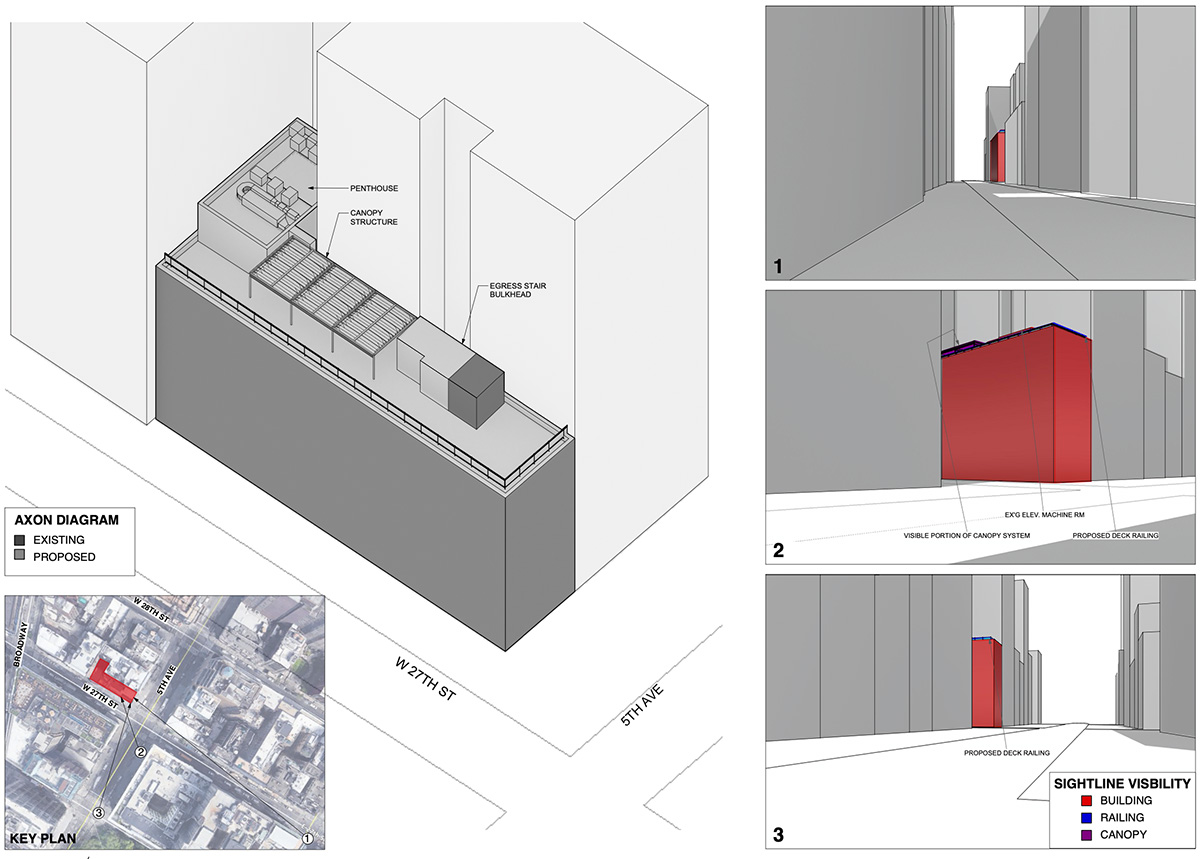