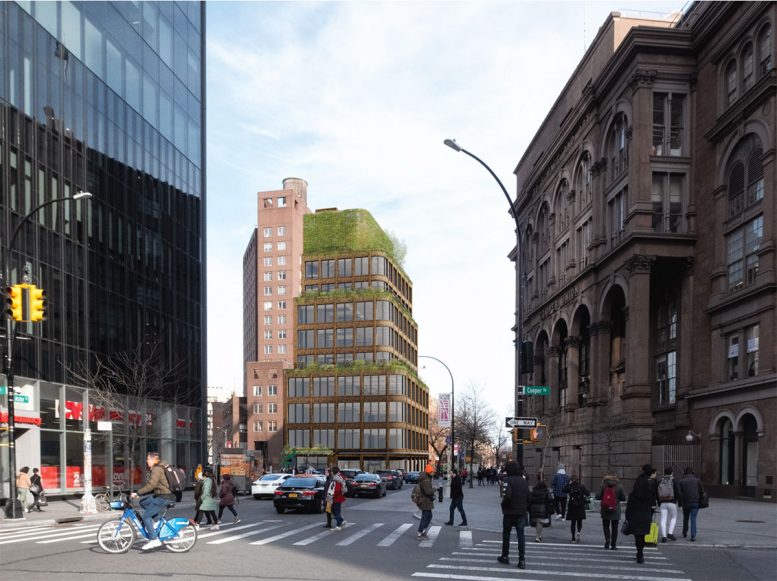 This most recent iteration includes the transfer of approximately 8,336 square feet of air rights from the landmarked structure. To appease city agencies, REEC agreed to both restore and maintain conditions at Hamilton Holly House, and to reduce upper level setback areas from eight feet to four feet to achieve an arguably more contextual form.

Hamilton Holly House will see the replacement and restoration of its brick façade, street-facing fire escapes, and ground-floor masonry. New additions will include a wooden door, column, and sidelights at the building’s entryway, first-floor metal railing, storefront windows, and ornamental concrete elements at the base of the structure. 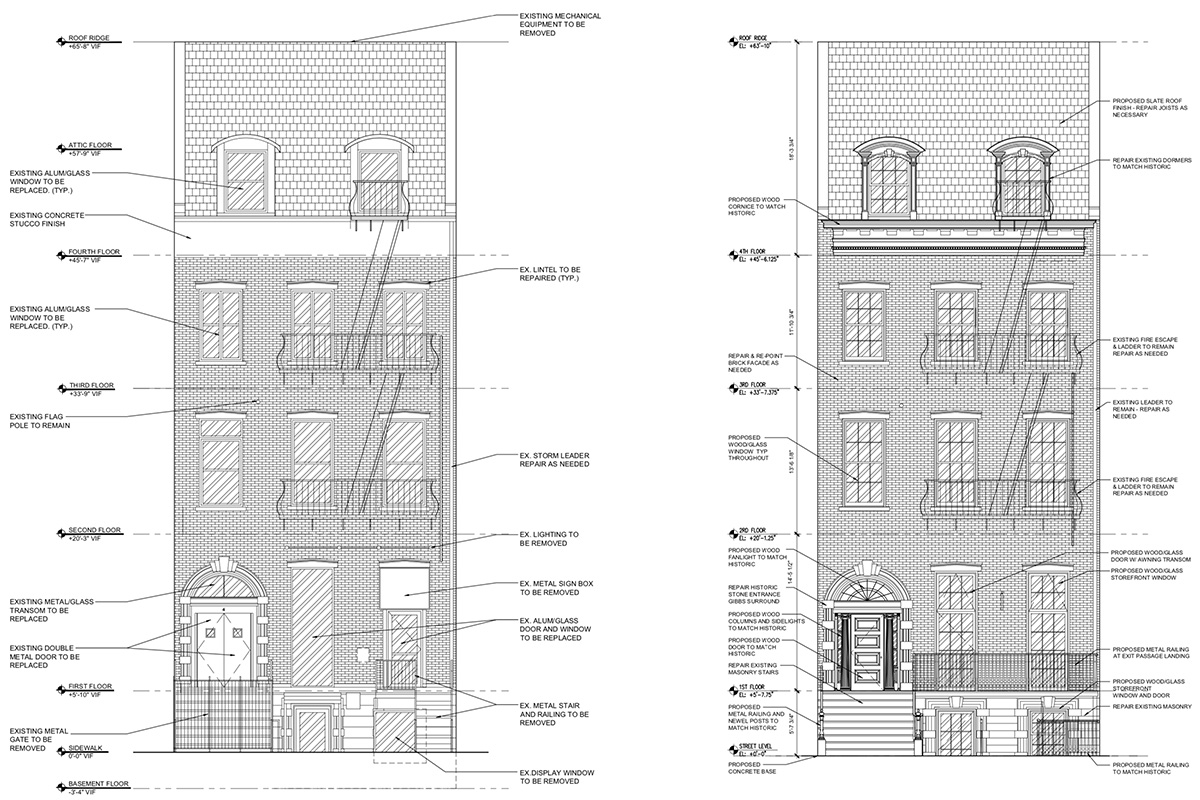 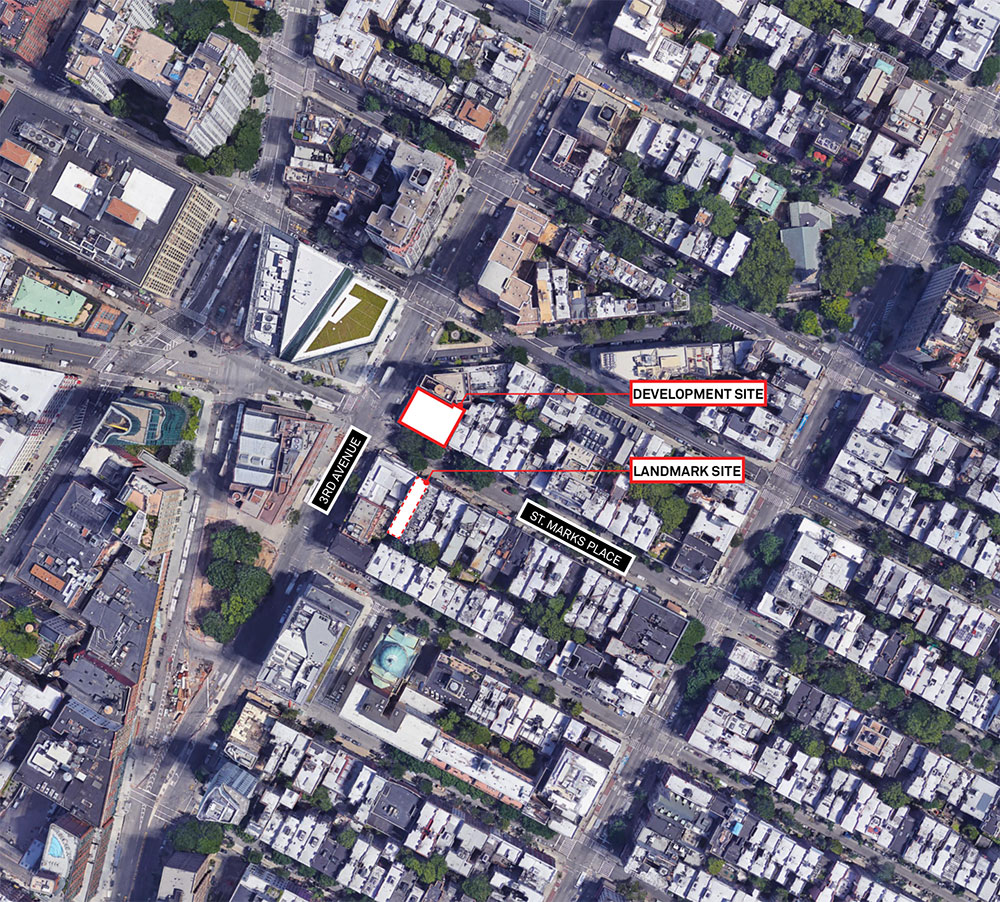