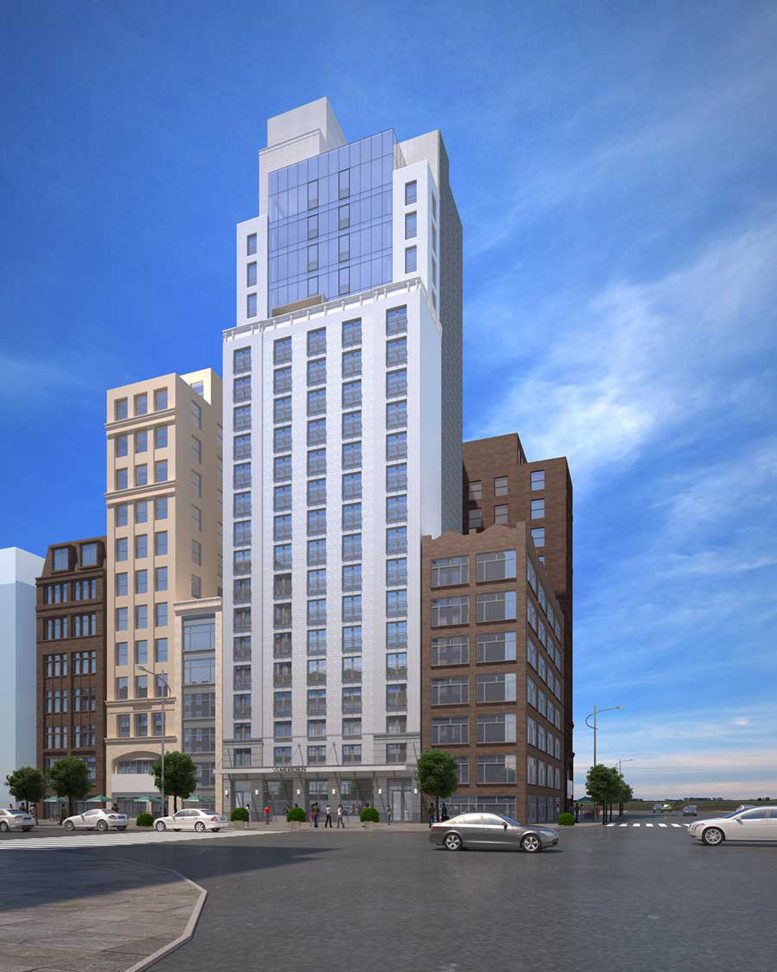 The brick façade is rising at 292 Fifth Avenue, a new Midtown mixed-use hotel designed by Gene Kaufman Architect. Located along the border of Koreatown and NoMad, the reinforced concrete structure topped out earlier this year. Sam Chang is the developer of the project.

Work on the façade is advancing behind black netting and scaffolding, but the progress is still visible from street level. The upper floors will have a large section of a glass curtain wall and be placed on the centerline of the tower. The rest of the main eastern elevation has a grid of large square windows. 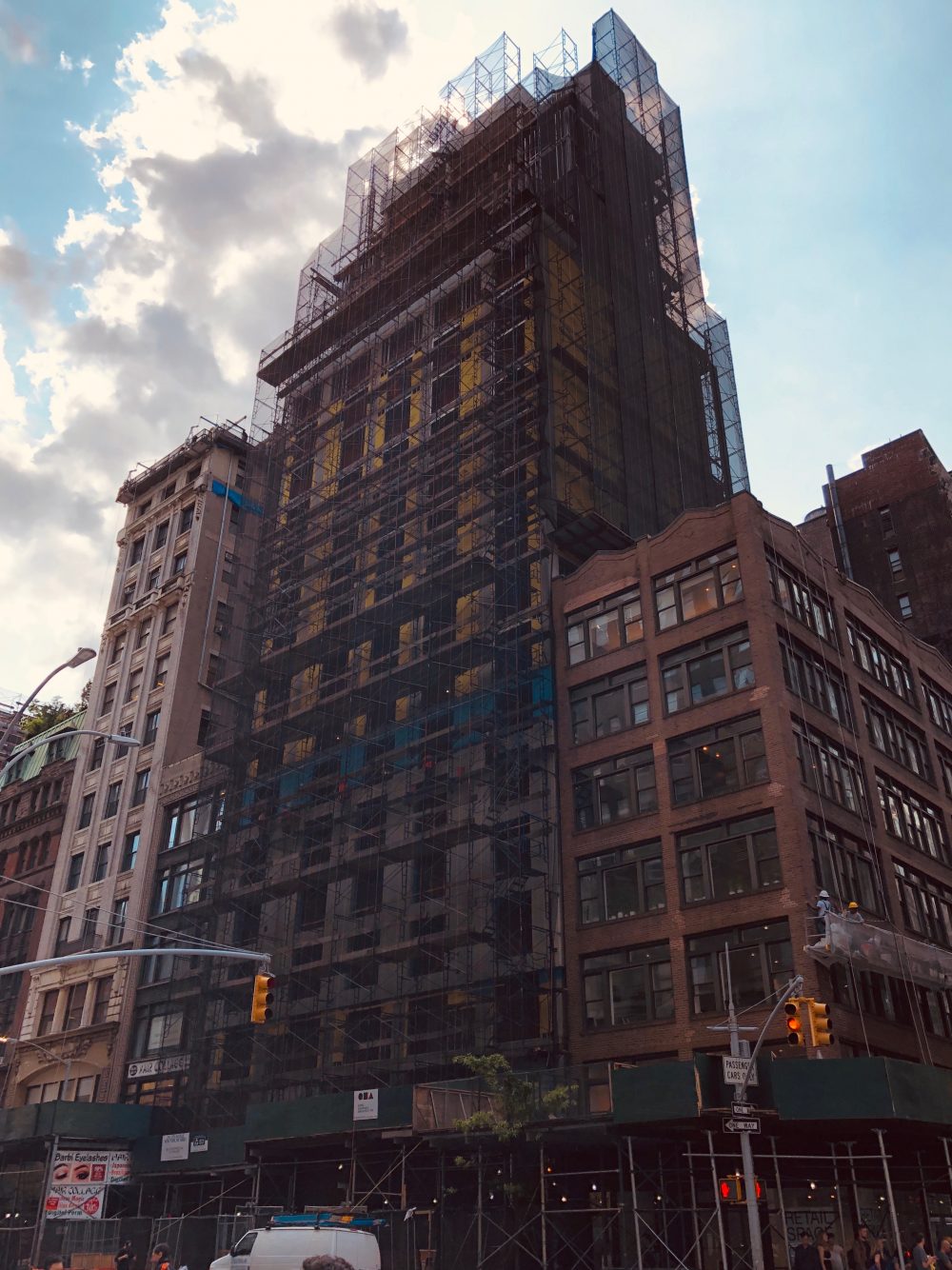 292 Fifth Avenue. The scaffolding and netting should come down later this year once the brick façade is completed. Photo by Michael Young 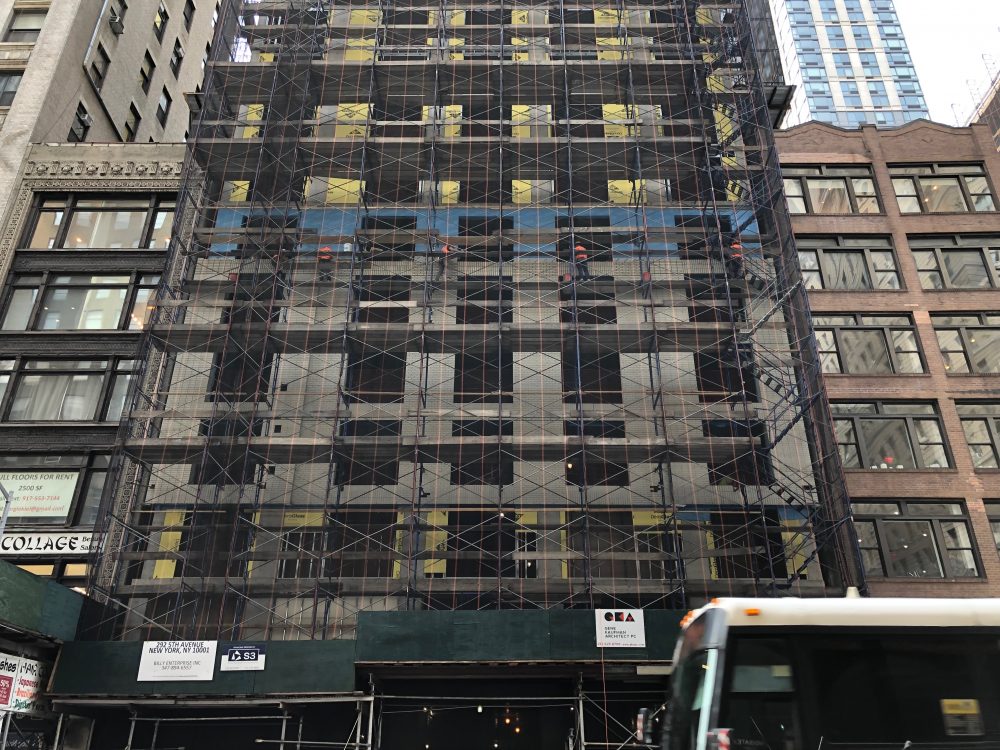 The main eastern elevation seen from across the street. Photo by Michael Young 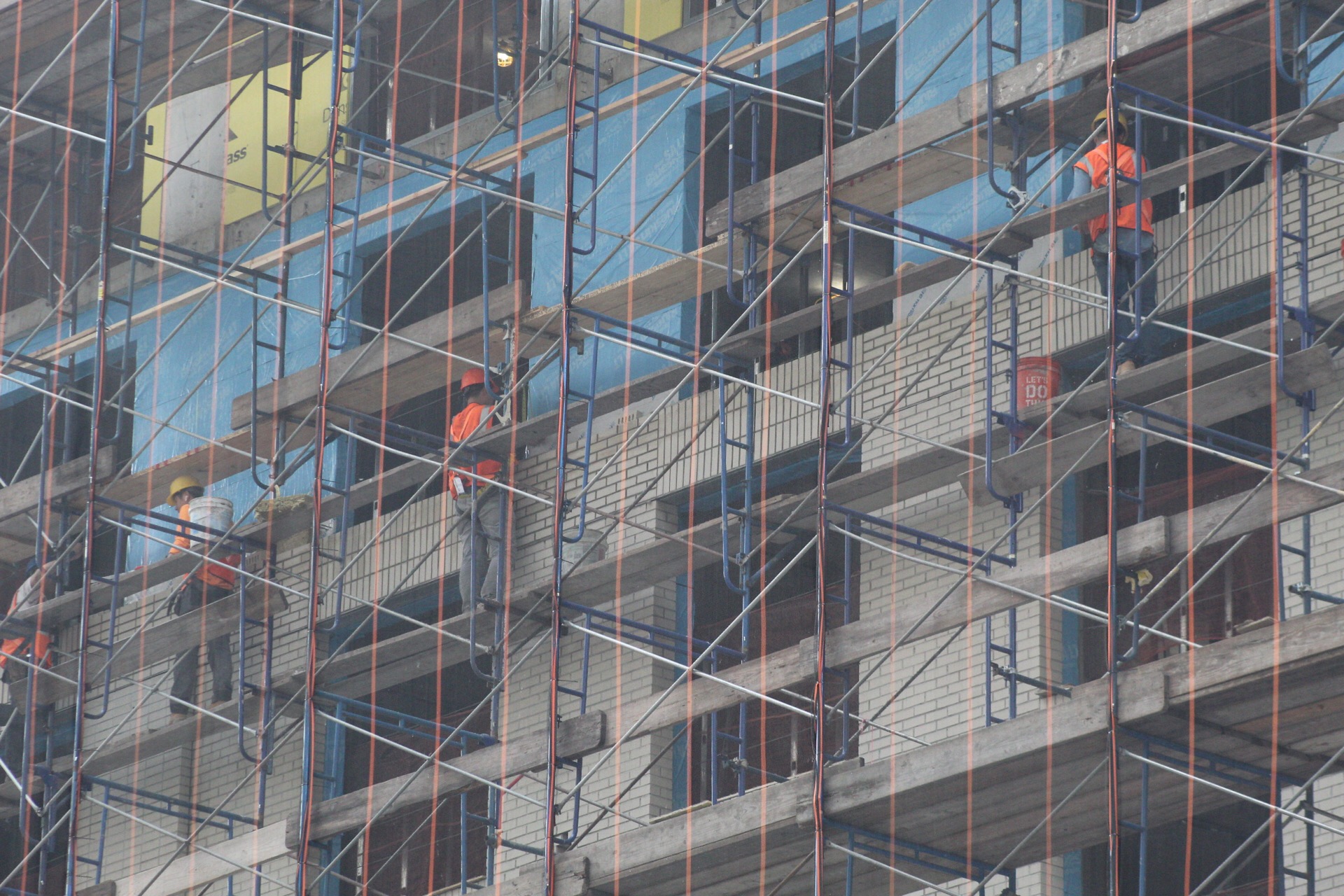 The brick façade is several floors above street level. Photo by Michael Young 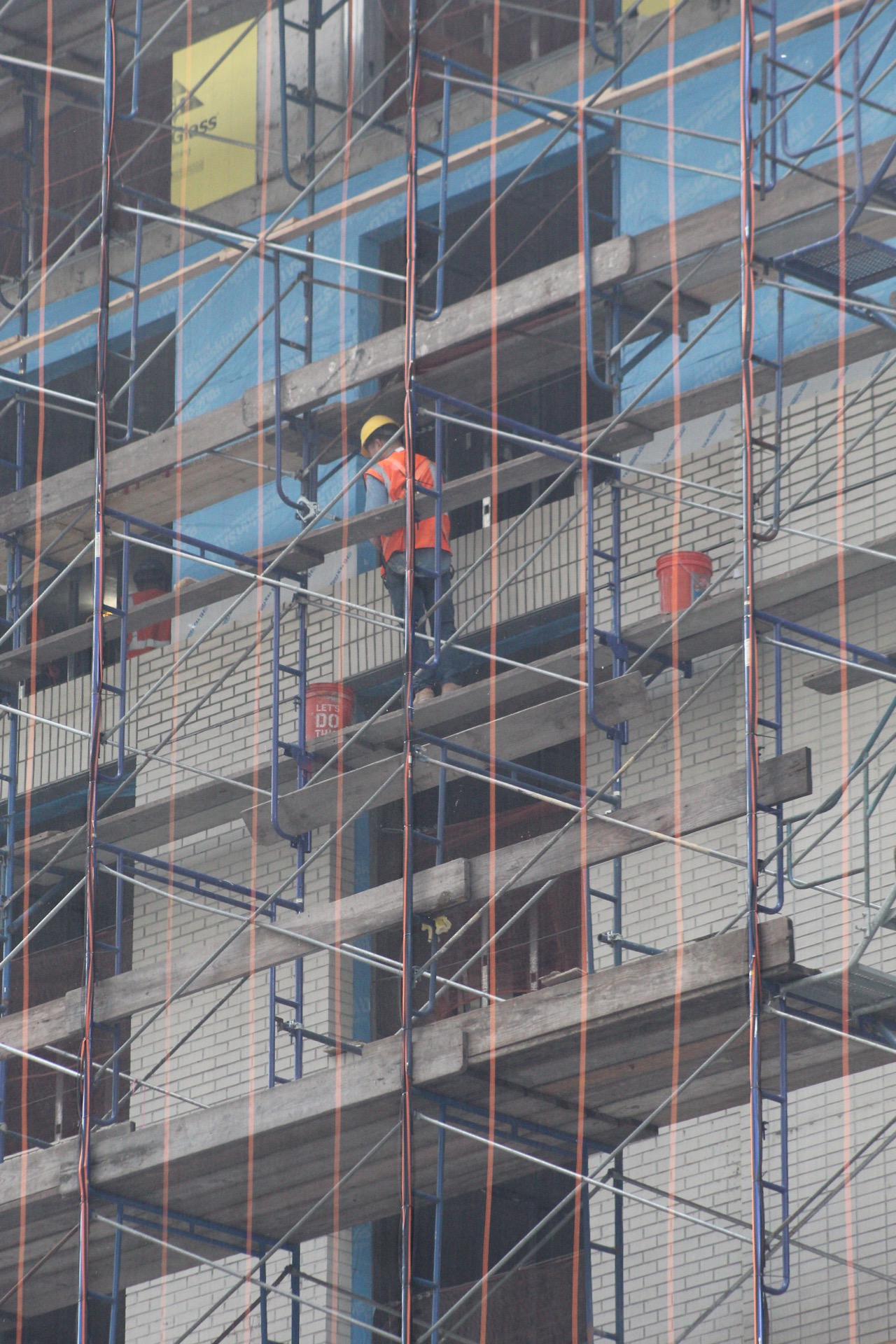 Workers placing the bricks behind the black netting and scaffolding. Photo by Michael Young

The hotel will contain a total of 150 guest rooms, averaging 325 square feet apiece. They will most likely begin on the second floor and end on the sixteenth floor. The upper levels of the structure will feature 16 residences, private meeting rooms, and an outdoor terrace on the 17th floor. A restaurant and bicycle storage will also be included. The closest subways are the B, D, F, N, Q, R, W, and PATH train at 34th Street-Herald Square, and the 4 and 6 train at the 33rd Street subway station on Park Avenue South. The Empire State Building is only two streets to the north, while Madison Square Park is a brisk five-minute walk to the south.

Work on 292 Fifth Avenue is scheduled to conclude before the end of the year, with the hotel debuting as a four-and-a-half star establishment. The tenant has not been confirmed yet, though it was rumored that Le Méridien could be a possible candidate.

Work Progresses on The Elisa at 251 West 14th Street in Chelsea, Manhattan