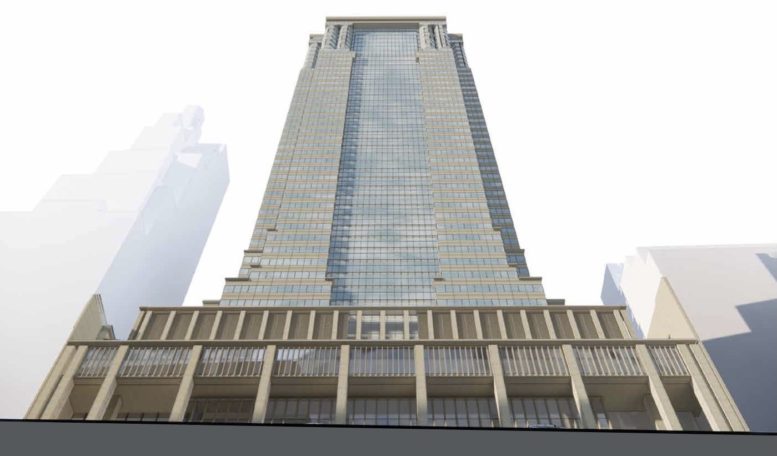 Completed in 1989, the 47-story property debuted as the JP Morgan & Company building and comprises 1.6 million square feet of office space. Renderings of the proposed new lobby and atrium reveal new triple-height windows, the addition of a skylight to introduce more natural light, and an indoor green wall the project team claims will be the largest in North America.

Additional elements include white and tan marble throughout the space, recessed LED lighting at the top and base of the supporting columns, designer light fixtures, and a new café. 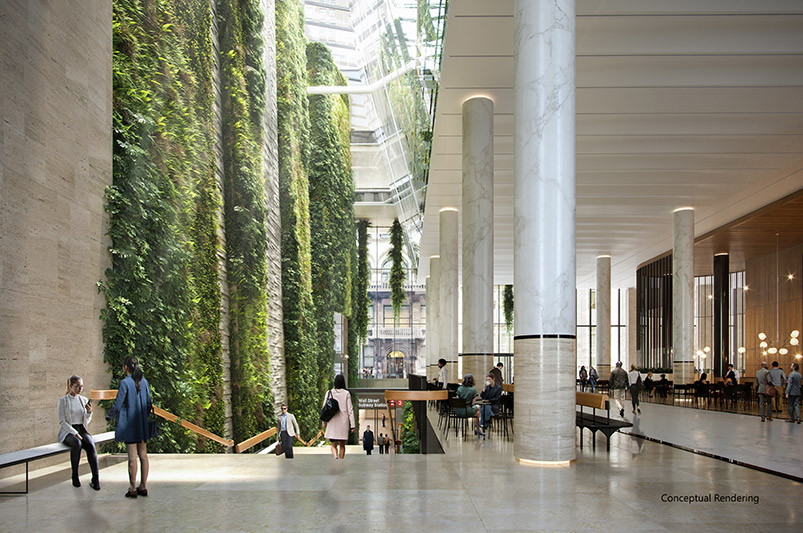 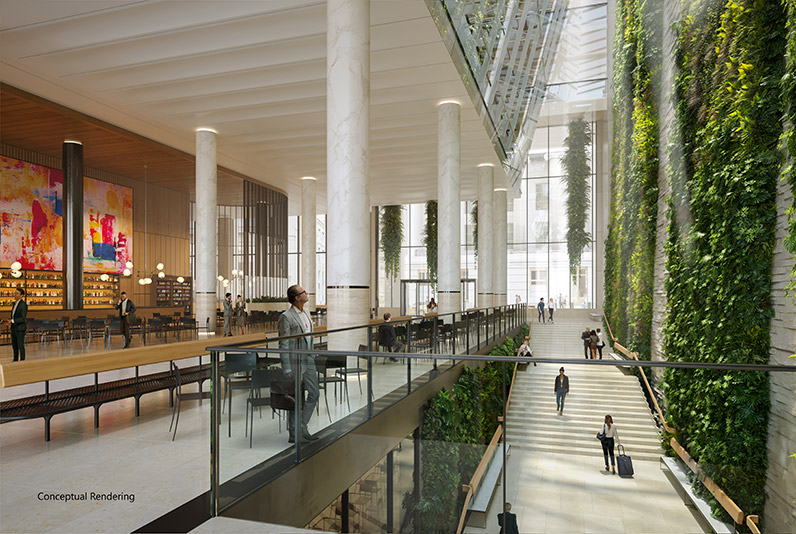 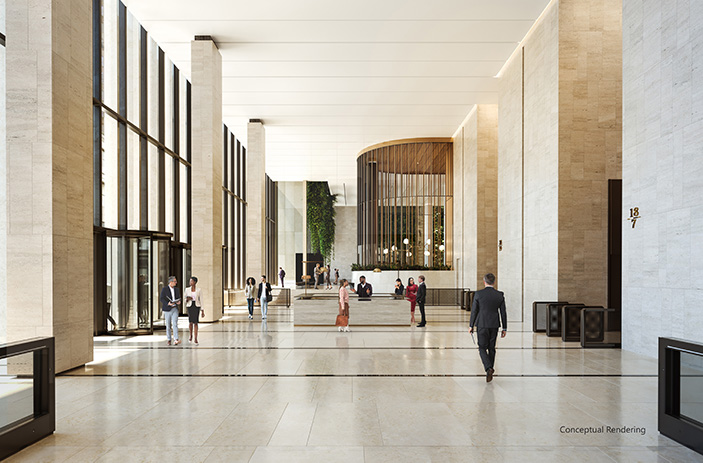 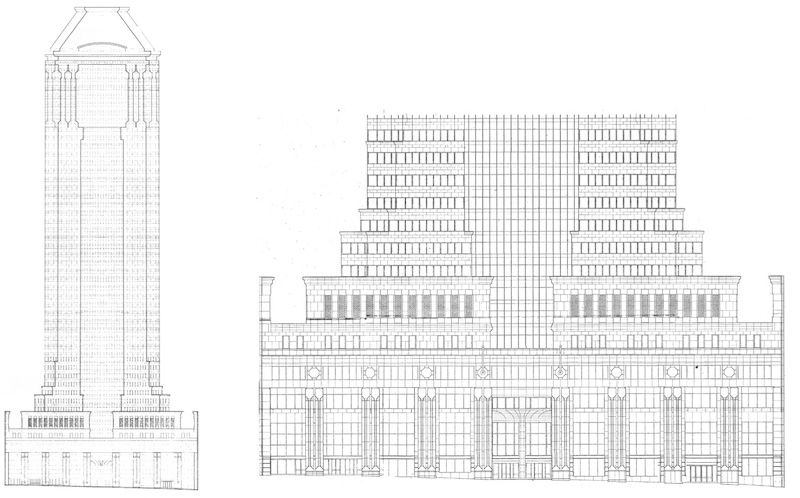 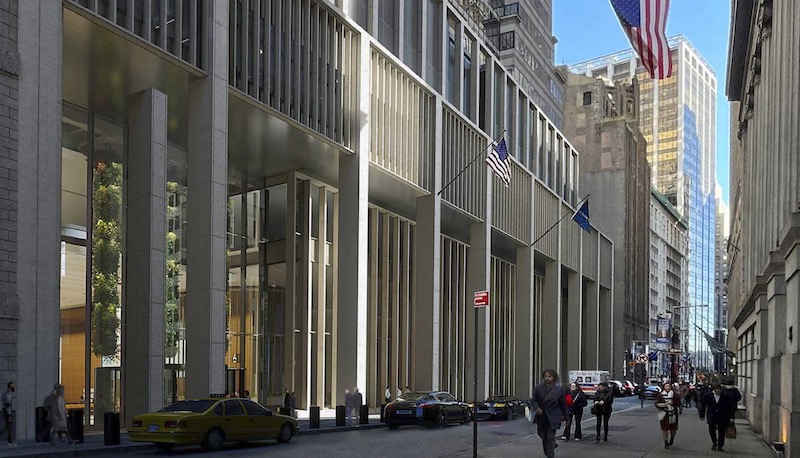 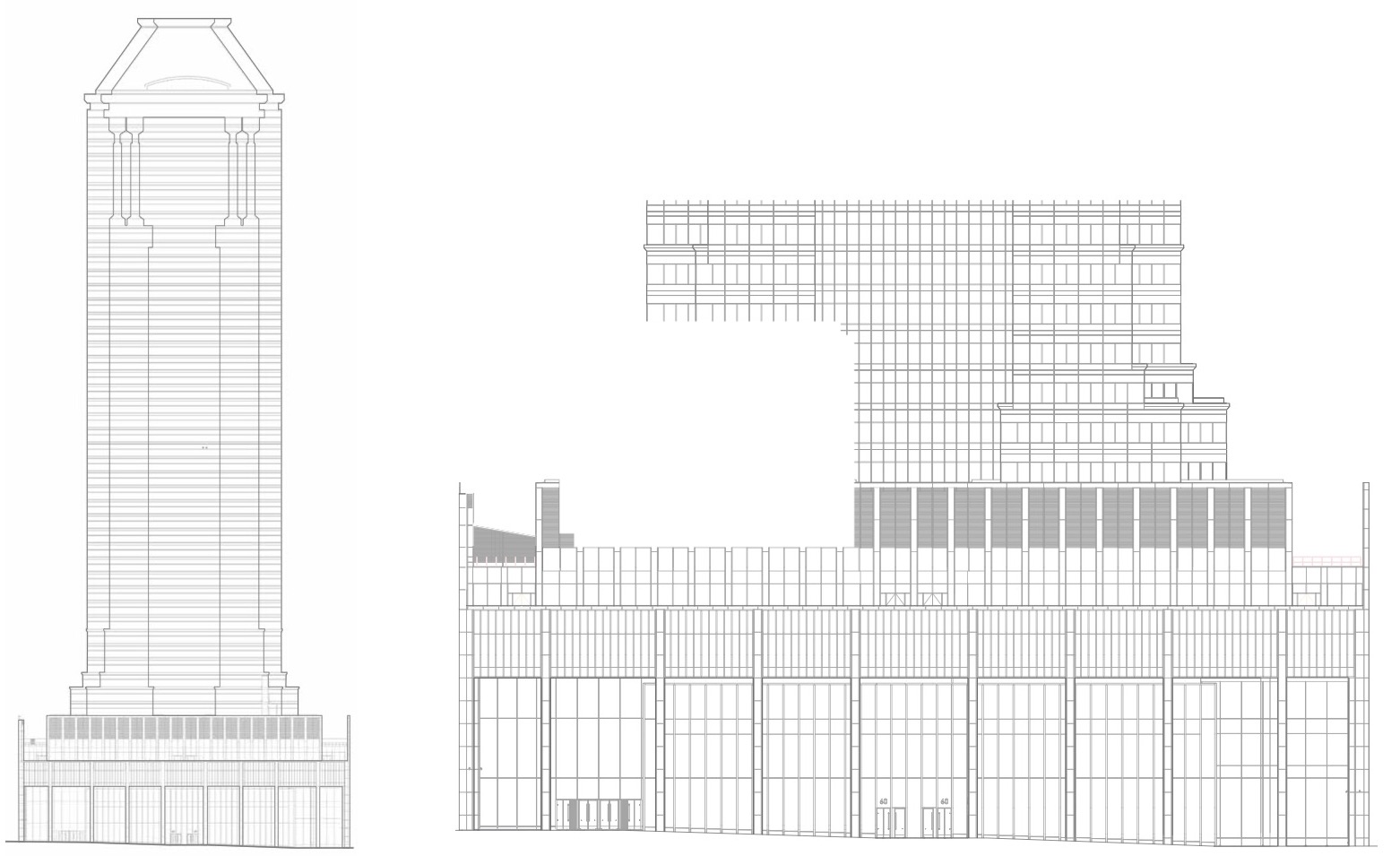 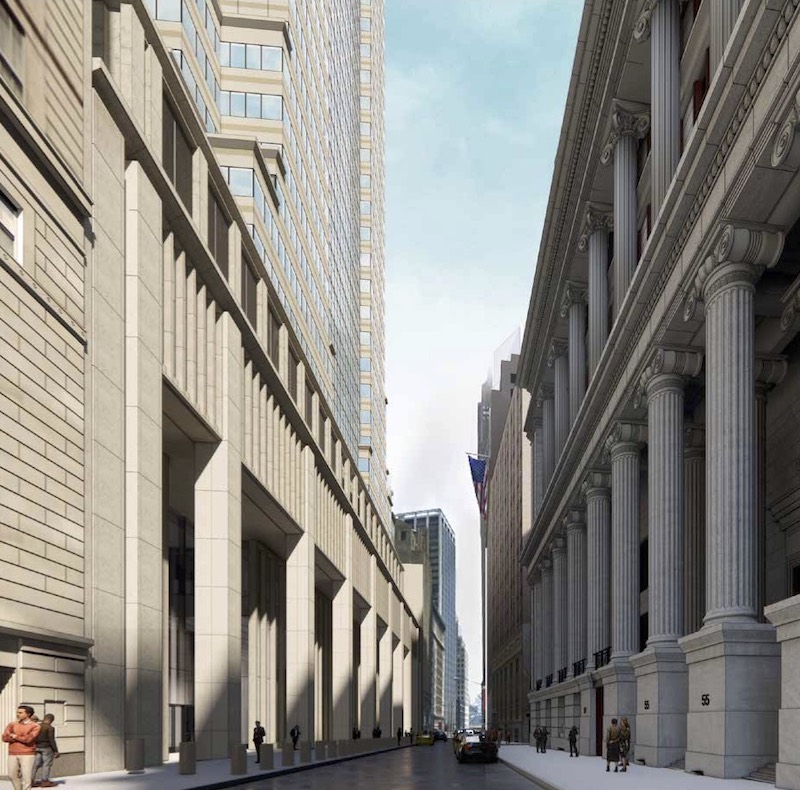 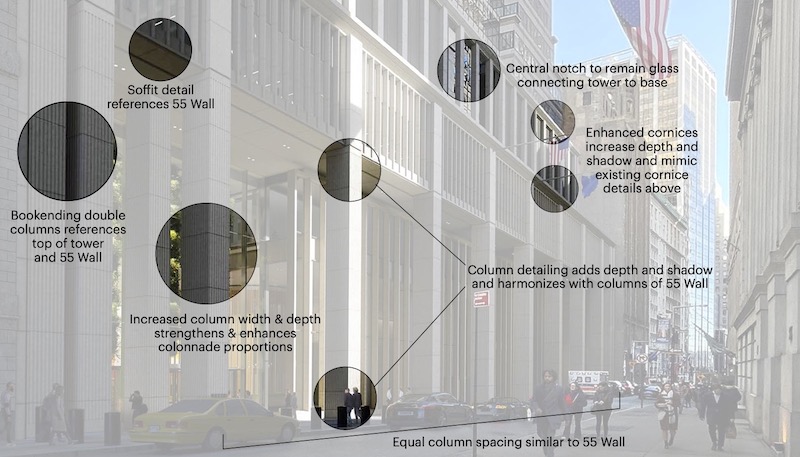 While technically not a New York City Landmark, the original developers purchased existing air rights from 55 Wall Street, a landmarked office tower across the street, to facilitate construction of the 47-story tower. As part of the exchange, city agencies required any significant changes at 60 Wall Street to be harmonious with 55 Wall Street, a determination owned by the LPC.

The LPC has thus far taken no action on proposals presented in June and again in September. According to the Commission, the proposals have failed to meet these requirements.

The building will soon be completely vacant to facilitate completion of the project without disrupting any commercial tenants. Last year, Paramount tapped CBRE as its exclusive leasing partner to retain new building tenants.