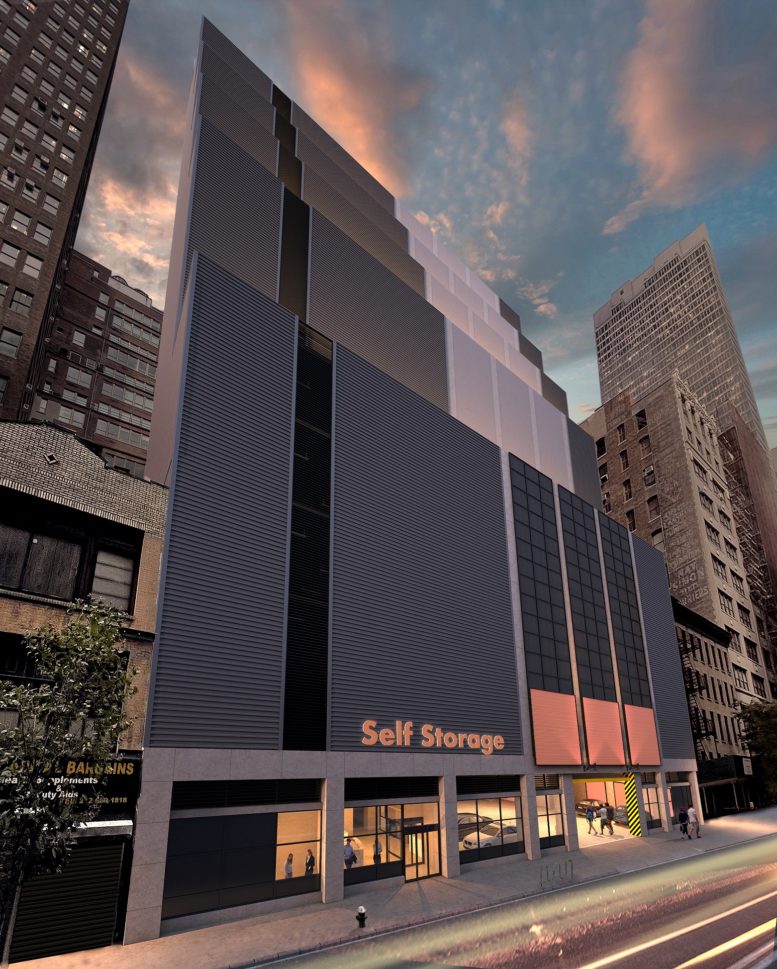 Excavation has begun at 155-165 West 29th Street, the site of a 17-story self-storage facility in Chelsea, Manhattan. Designed by Mancini Duffy and developed by Highland Development Ventures LLC and The Davis Companies, which purchased the land in early 2021 for $62.5 million, the nearly 180,00-square-foot structure will stand 223 feet tall between Sixth and Seventh Avenues. Div West 29th Street LLC is the owner, Cauldwell Wingate is the contractor, and McNamara Salvia is the structural engineer for the project. Construction financing totals $84 million and was provided by Santander Bank, N.A. and United Overseas Bank.

Photos from through the construction fence give a glimpse of the ongoing excavation. Foundations should likely be done in the coming months, and it’s possible to see activity above street level later this year. 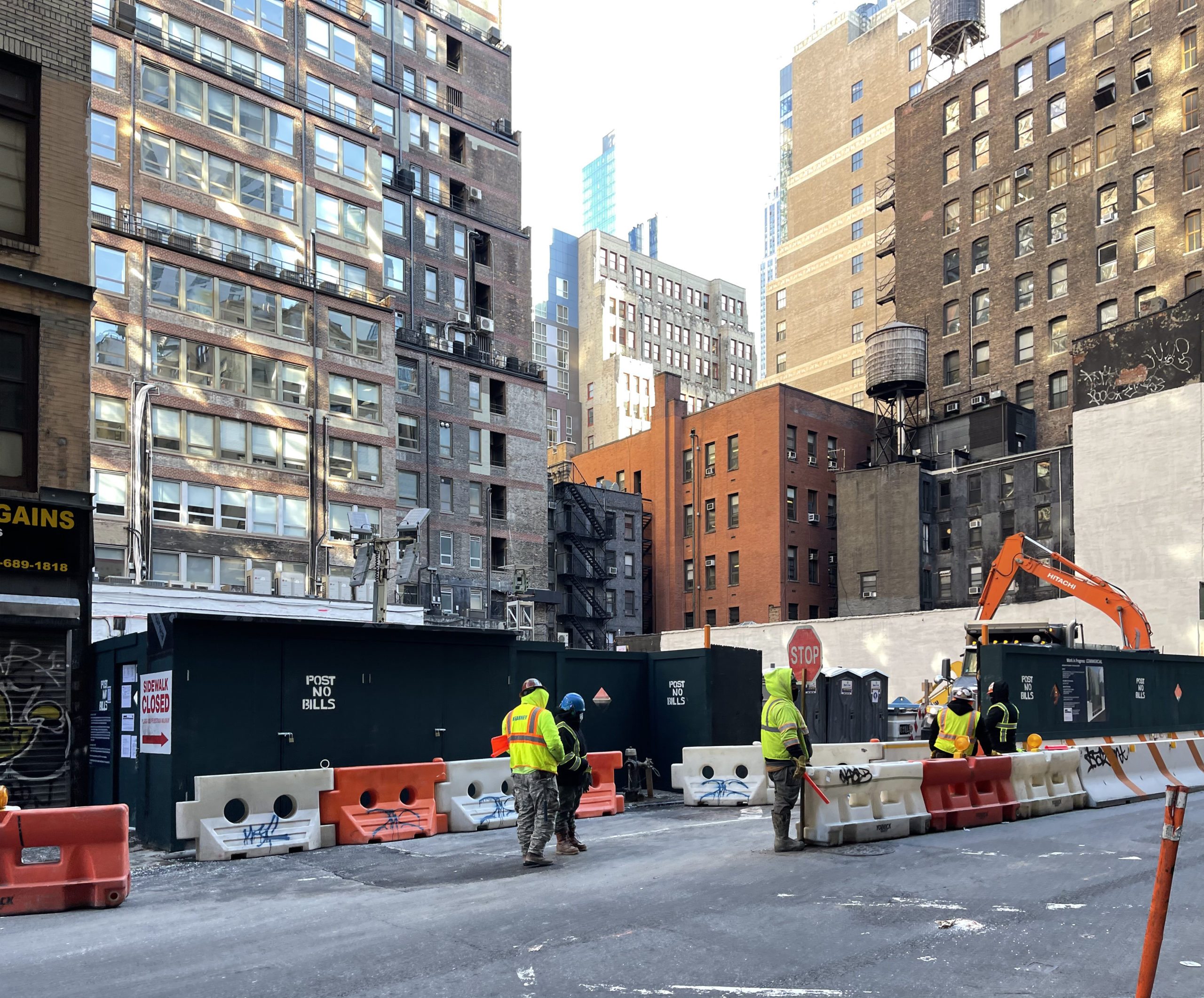 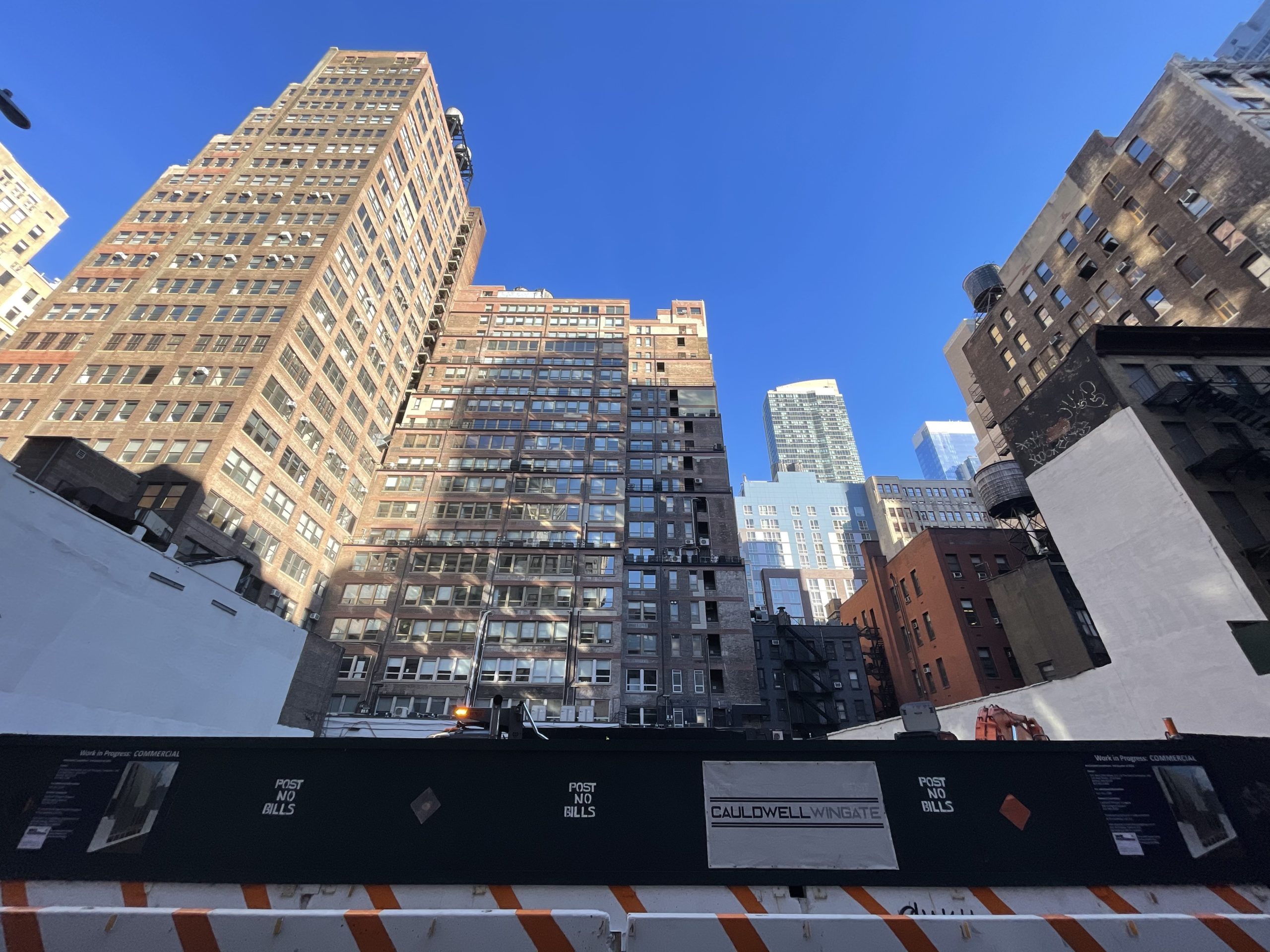 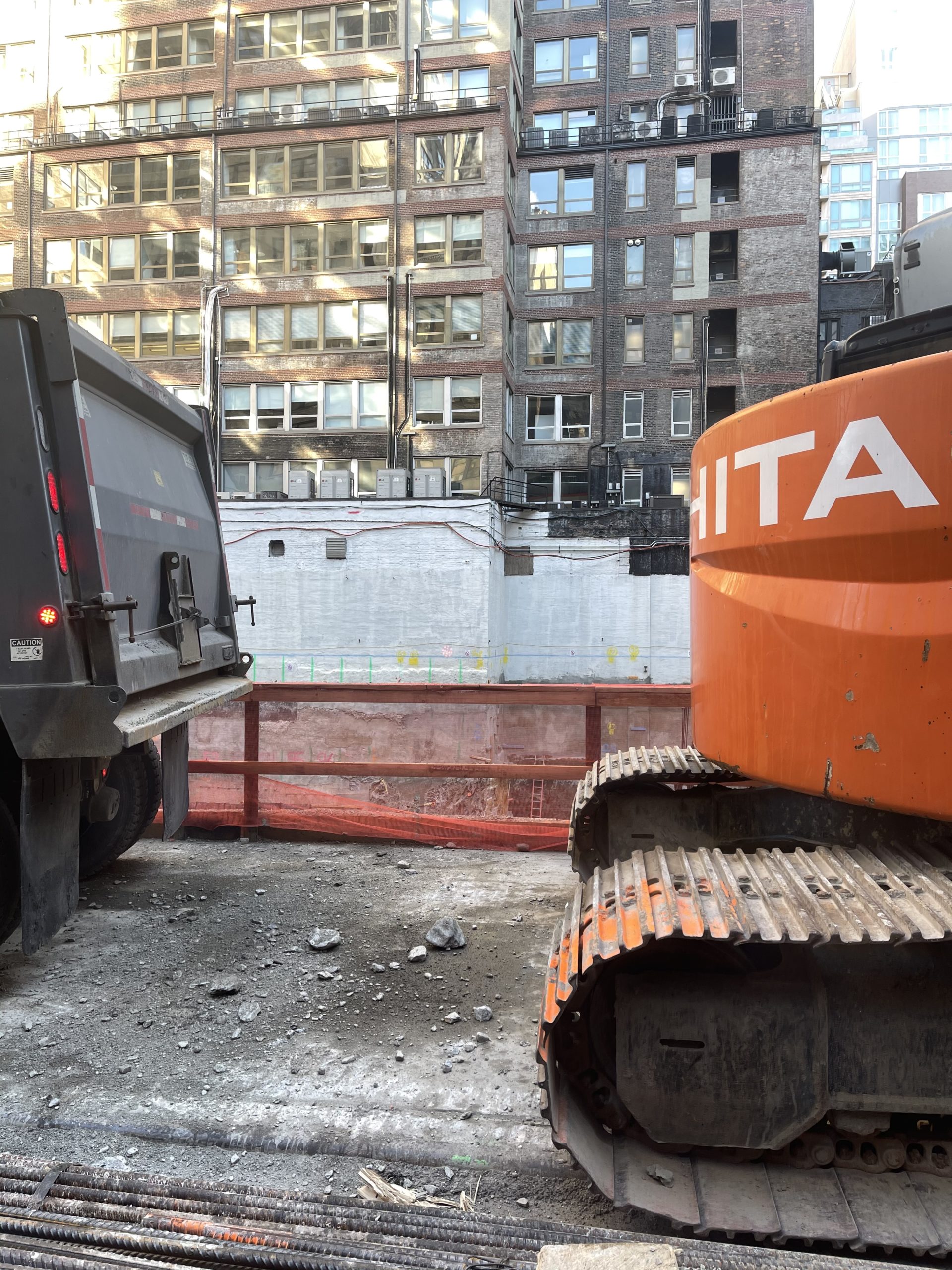 A cellar and sub-cellar space will first be created before we begin to see the superstructure rise with a series of setbacks that run the entire width of the main southern elevation. The structure will be composed of a largely windowless dark façade that appears to be made up of corrugated metal panels of varying shades of gray. Upward-pointing spotlights will be positioned atop each setback, and the building will feature a green roof. 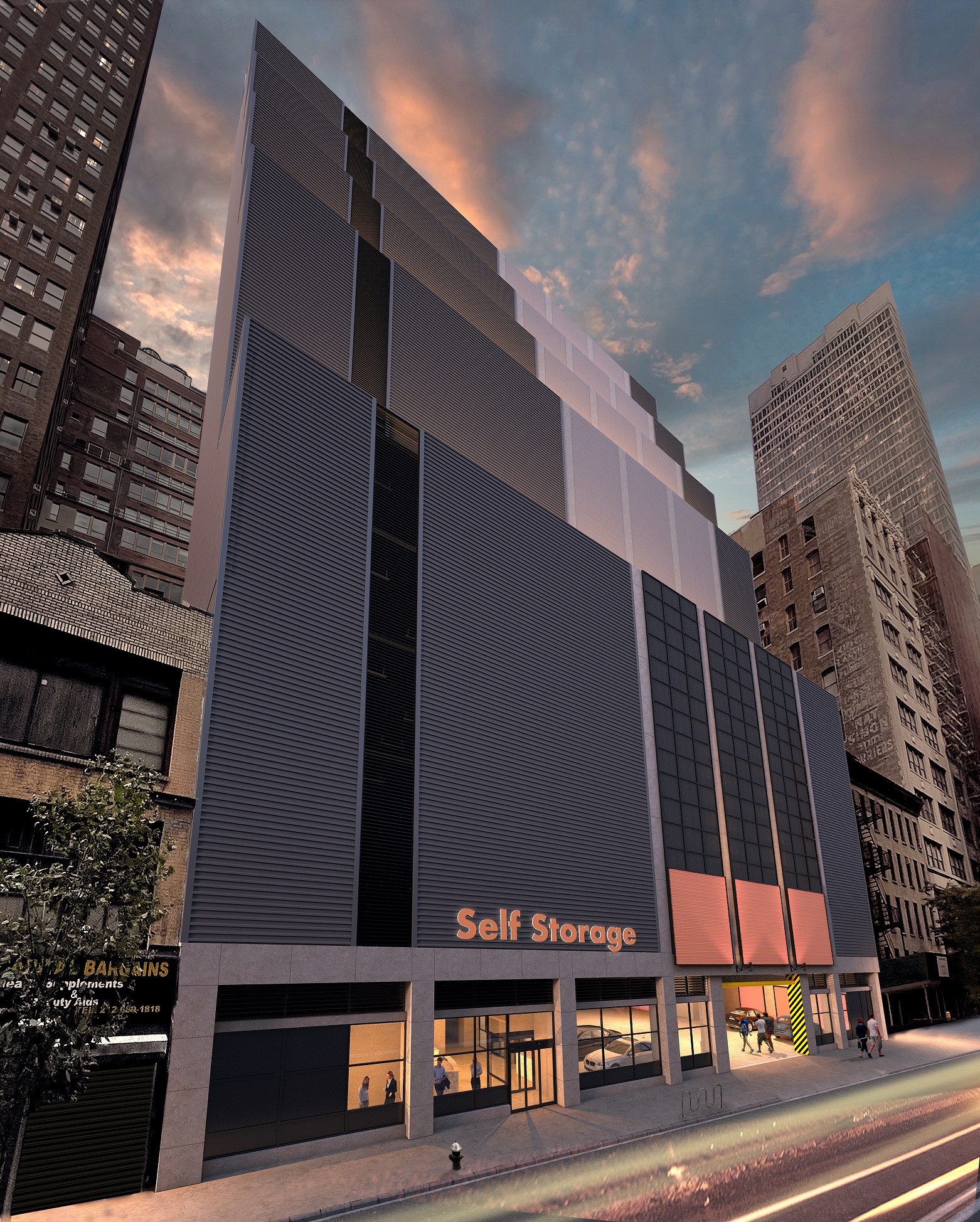 155-165 West 29th Street. Designed by Mancini Duffy.A drive-in entrance will be positioned on the eastern side of the first level.

The site is near two 28 Street subway stations, with the 1 train to the west and the R and W trains to the east along Broadway. The B, D, F, M, N, Q, R, W, and PATH trains are also nearby at the 34 Street-Herald Square station, and Penn Station to the north provides access to the 1, 2, 3, A, C, and E trains.