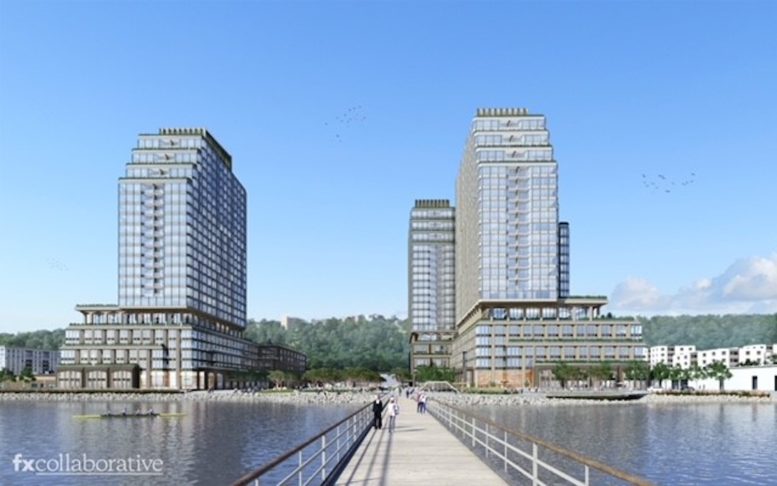 The Edgewater Planning Board this week granted approvals for one of the largest mixed-use developments along Jersey City‘s Gold Coast waterfront district. Located at 615 River Road in Edgewater, the 1.2-million-square-foot development includes three 25-story towers, 1,200 apartments, 20,000 square feet of commercial space, and several outdoor green spaces for public use.

The planning board’s unanimous action clears a major legal hurdle for The Maxal Group and Envirofinance Group, the two developers responsible for the project, to begin construction.

Formerly owned and operated by Hess Oil Company, which used the land to store oil tanks and other heavy machinery, the 19-acre site is among the largest vacant parcels along the Hudson River. Following years of environmental remediation to clear the land of volatile chemical hazards, the developers purchased the site in 2014.

The three towers are designed by international design studio FXCollaborative. Renderings of the buildings illustrate a largely glass-clad structure with tan and gray masonry and support structures. The massing of each building gradually steps back from the riverfront to create large communal outdoor spaces for residents and private outdoor areas for the most premium units.

When complete, the towers’ 1,200-unit residential volume will create around 180 affordable apartments. The mix of units will range from one- to three-bedroom apartments. Occupants will also have access to approximately 40,000 square feet of amenity spaces.

Beyond unspecified commercial space, additional components will include a two-acre public park, a waterfront walkway that will connect to an existing esplanade that winds along the Hudson River, and a new ferry station offering service to Manhattan. To further improve access to public transportation, the project will also create bus “super stops” with loading lanes along River Road.

As part of a settlement to redevelop the Hess Oil company site, the developers ceded a large swath of the property’s western edge to the Borough of Edgewater, which is expected to use the land to construct a new public school.

“We look forward to bringing a sophisticated, quality complex to Edgewater,” said Bruce Sturman, a managing director of the Maxal Group. “The 615 River Road project will be done with the same extraordinary attention to detail that can be found at our recent luxury residential project that we developed with Hartz Mountain Industries at 1500 Harbor Boulevard in Weehawken.” 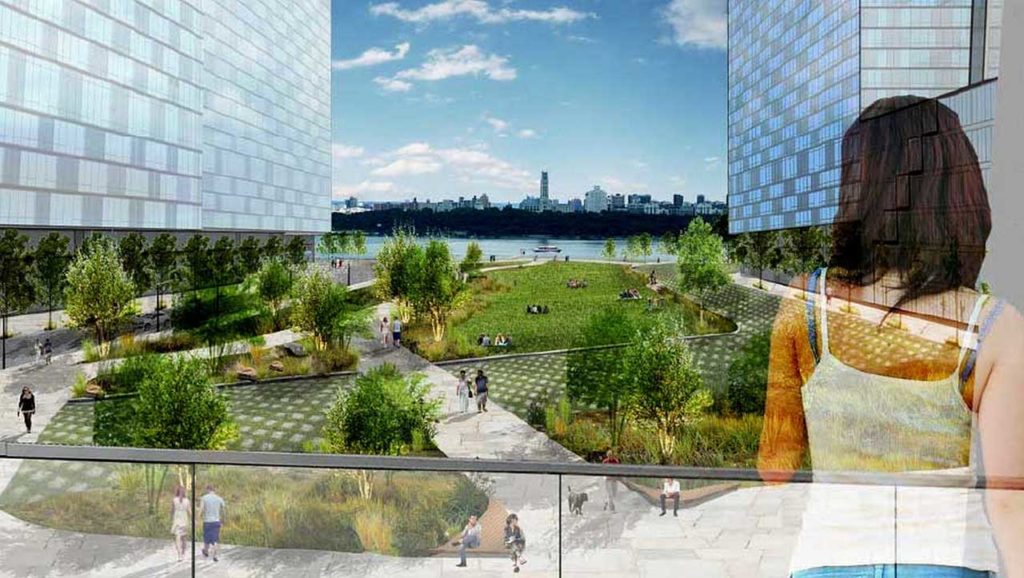 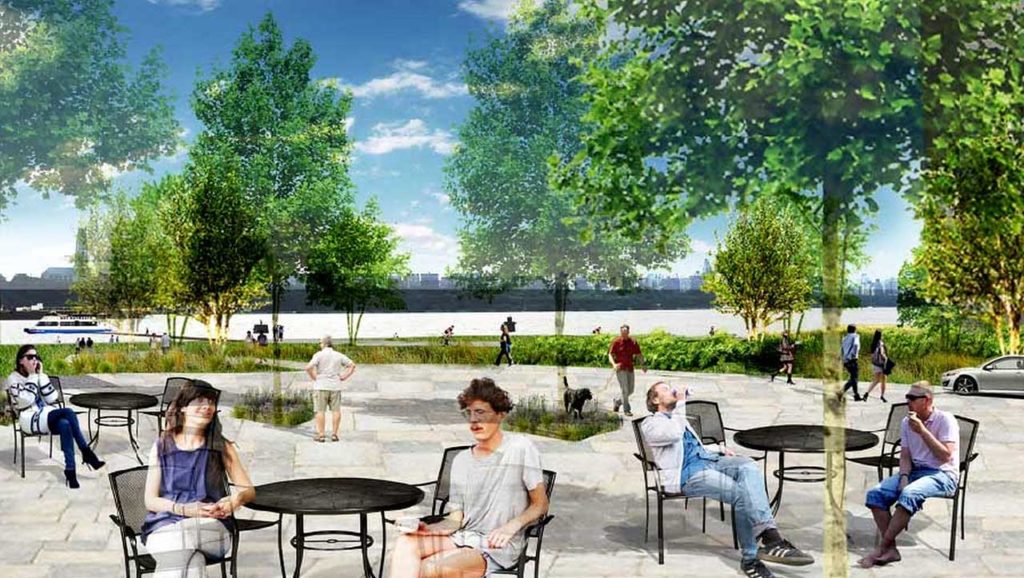 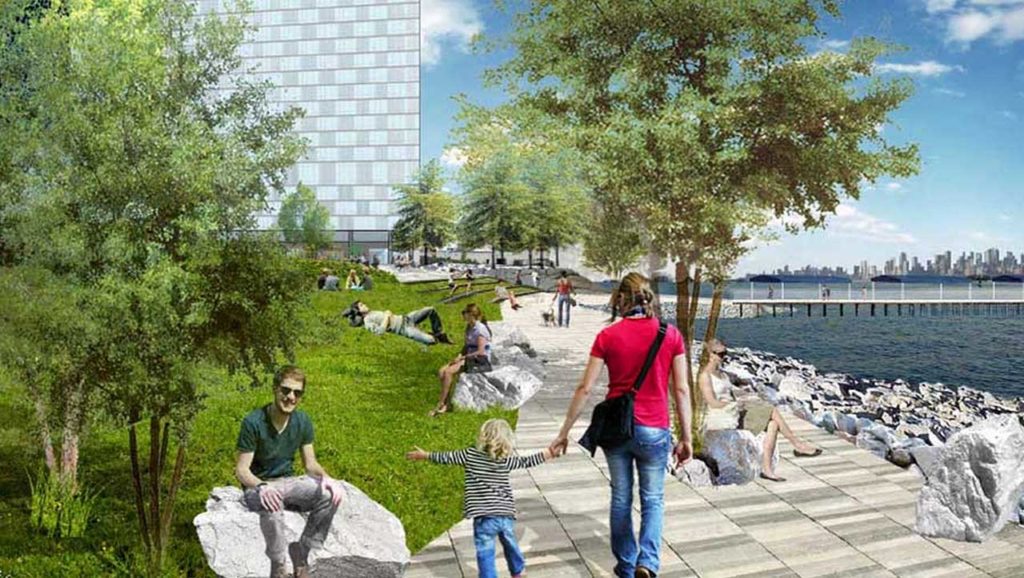 Before the project can proceed, the developers may need to resolve a new lawsuit filed by Cliffside Park and SoJo Spa Club, which sits across from the project site. The two entities claim that the Borough of Edgewater and developers reached a settlement to avoid addressing corruption allegations against prominent Edgewater developer Fred Daibes.

There is also the Palisades Cliffs Protection Act, a proposed bill from New Jersey State Senators Nick Sacco and Brian Stack, that would limit the maximum height of future developments in the area. The goal of the bill aims to protect views of the Manhattan skyline, which is often code for upholding the current property values of existing homes in lieu of creating mixed-income housing, quality retail, and public space.

Despite these potential speed bumps, the developers remain optimistic that the 615 River Road project will move forward and yield Edgewater’s most exciting mixed-use projects in recent history. 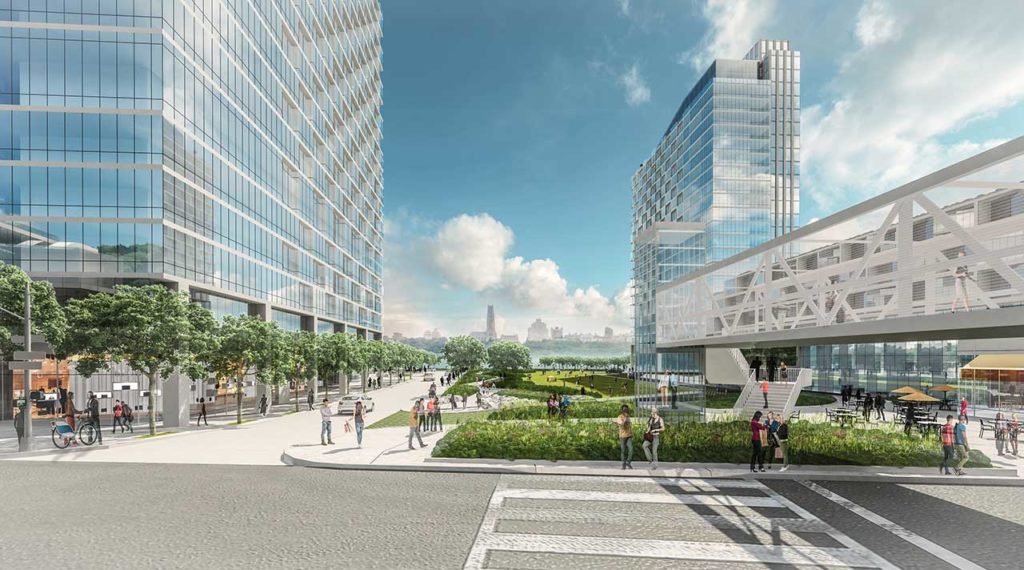