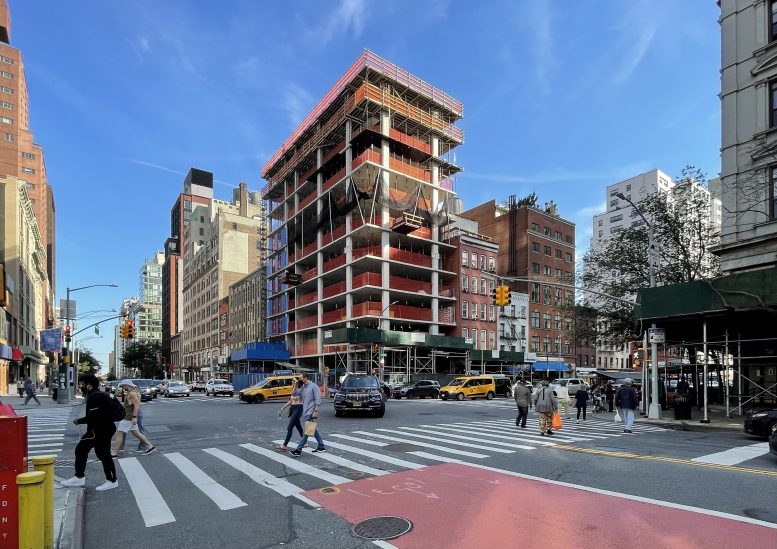 Construction is rising on 202 East 23rd Street, a 20-story residential building in Kips Bay, Manhattan. Designed by Hill West Architects and developed by SMA Equities, the 90,000-square-foot structure is being built to Passive House standards and will yield 108 units with floor plans ranging from studios to two-bedrooms. Eighty homes will be set at market-rate pricing and the remaining 28 will be designated for affordable housing. KSK Construction Group, LLC is the general contractor for the project, which is located at the corner of East 23rd Street and Third Avenue.

At the time of our last update in April 2020, the site was still occupied by two low-rise buildings. Now the reinforced concrete superstructure is halfway to topping out. The upper levels of 202 East 23rd Street sit covered with wooden supports and formwork as the concrete settles. The next set of floors features a slight cantilever on the southern profile of the tower. Façade work has yet to begin, and may not commence until the structure tops out. 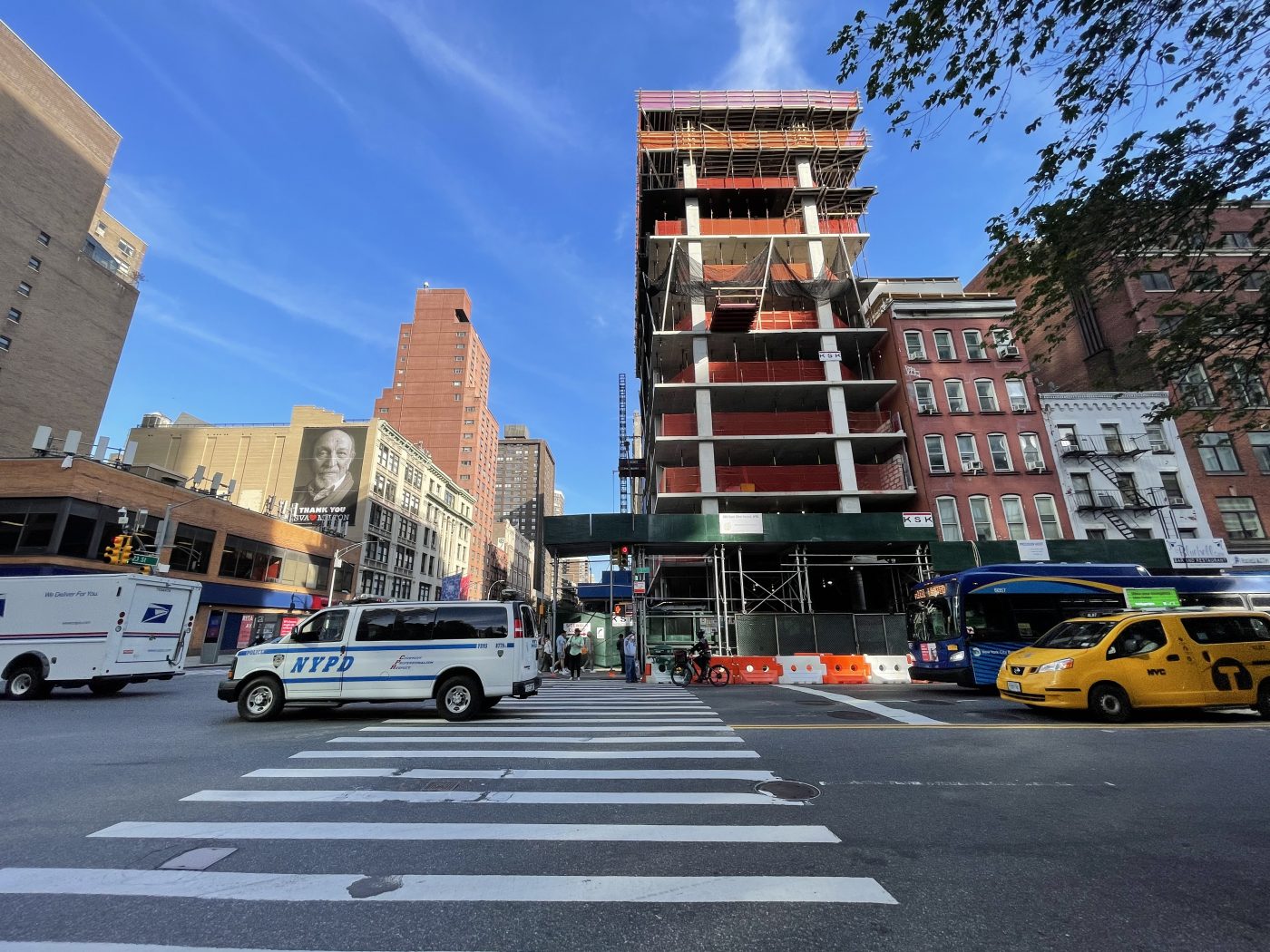 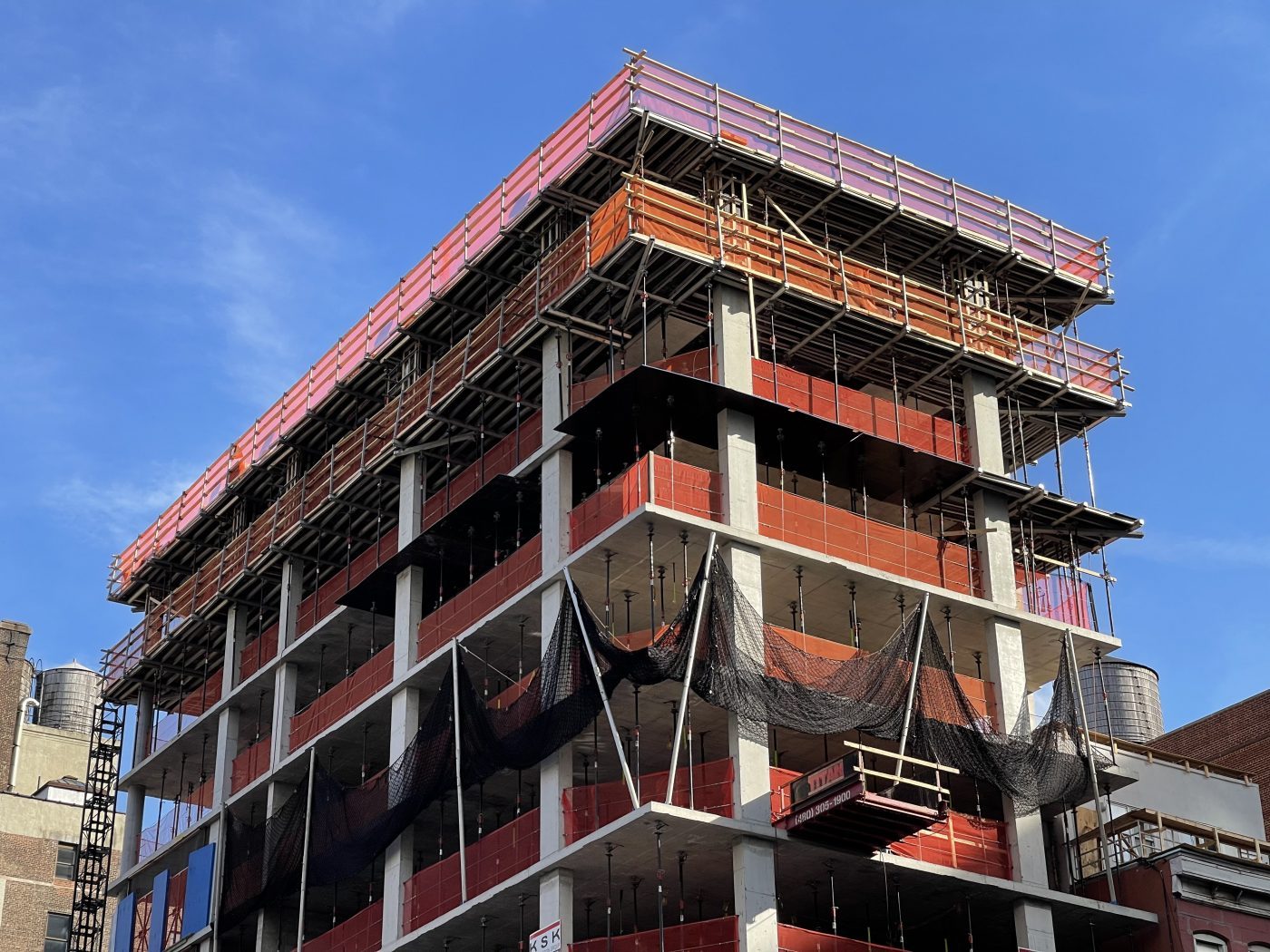 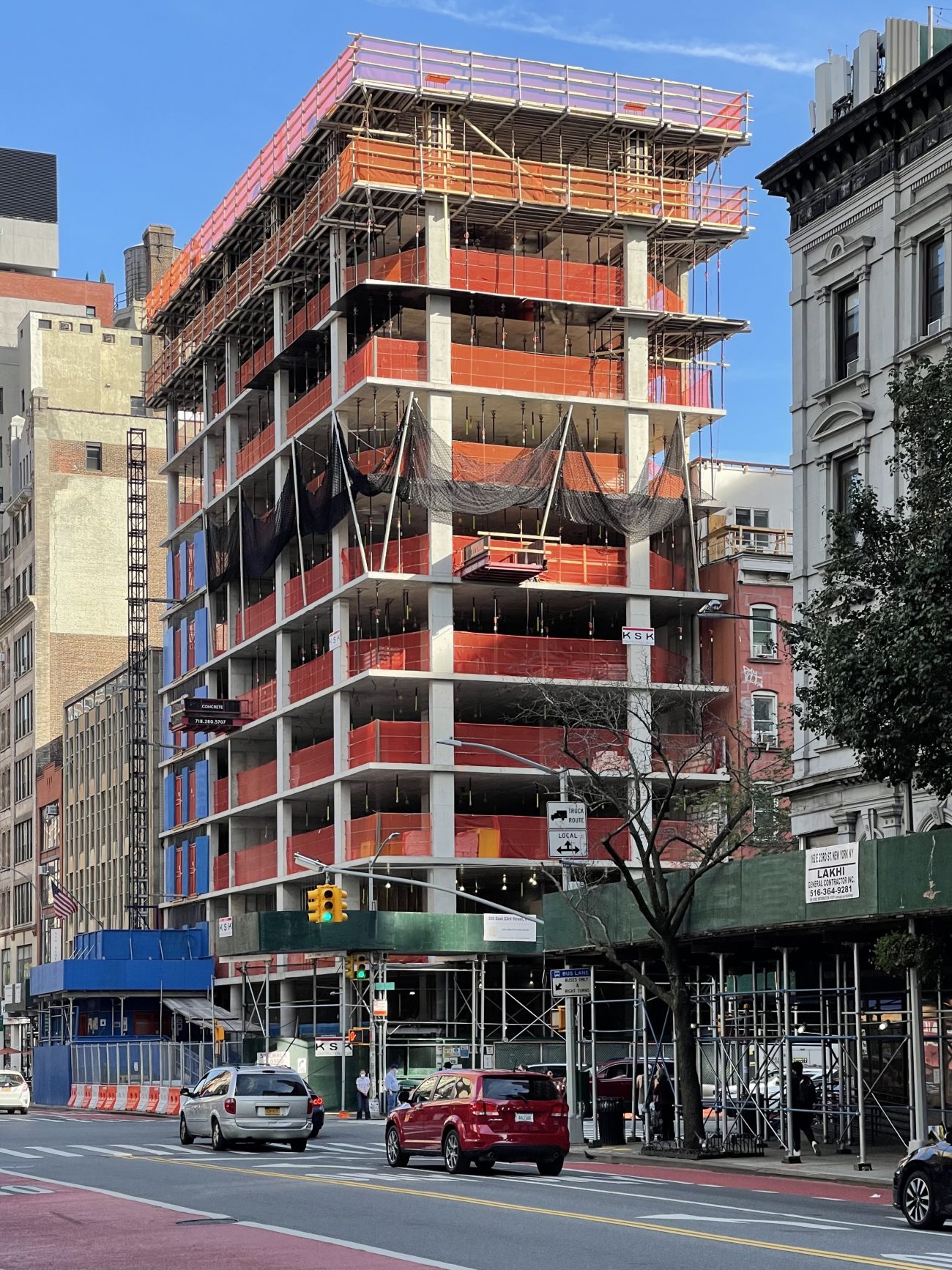 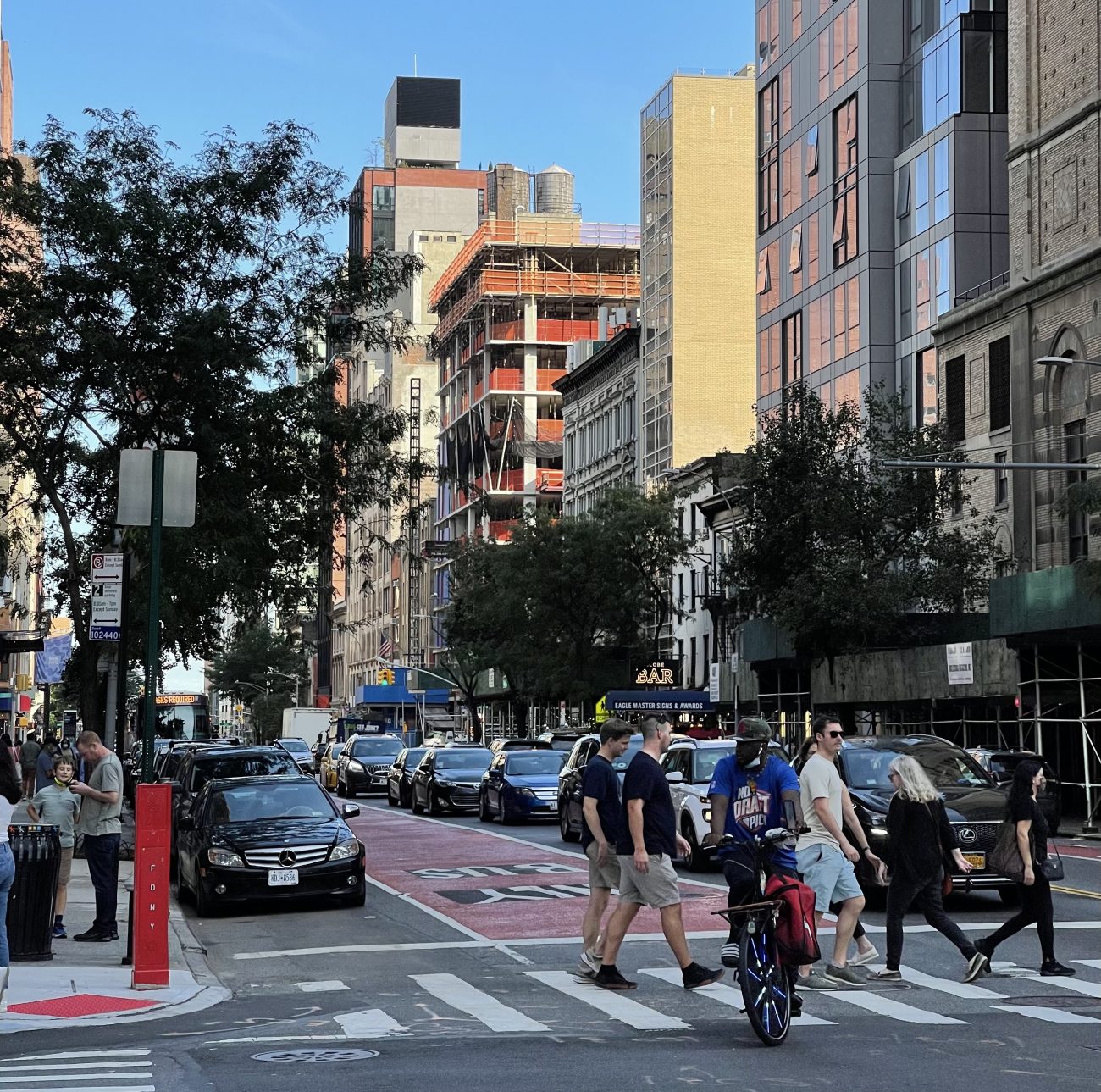 The following rendering offers an aerial perspective looking south. The ground floor appears to be tucked underneath a wraparound canopy lined with shrubbery, above which the structure rises in a fairly repetitive stack of floor plates. The 14th floor has a setback, followed by the remaining six floors, which feature balconies and terraces on the northern side. A final pair of setbacks on the 20th level lead to a tall rectangular mechanical extension with two rounded corners and a flat southern side. 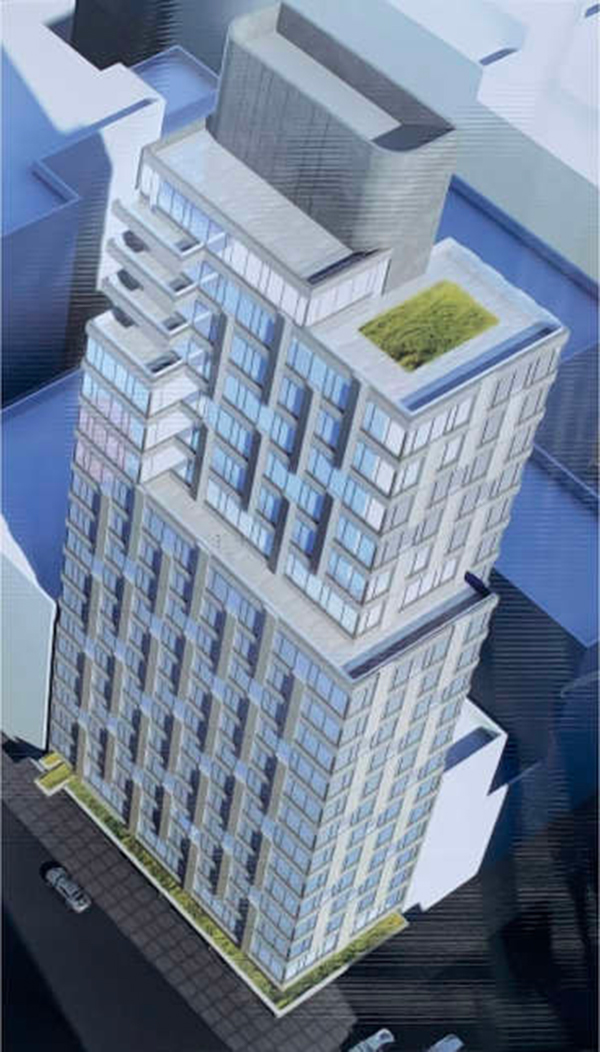 Residential amenities include a fitness center, a communal lounge, co-working space, bicycle storage, and a roof deck. It was also recently reported this past summer that the development team recently secured a $56 million financing package to build the property.

202 East 23rd Street is scheduled to be finished in the fall of 2023, as noted on the construction board.