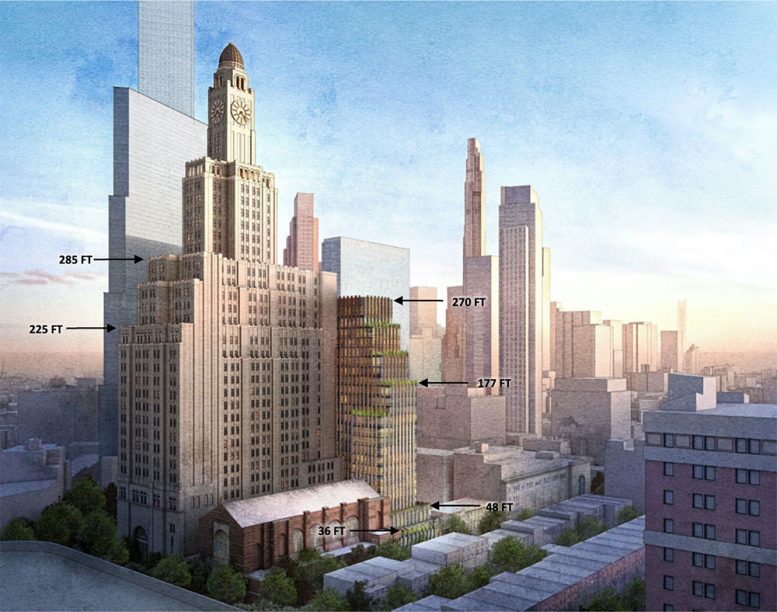 Gotham Organization’s contentious new development at 130 St. Felix Street in Downtown Brooklyn is now under review by the Department of City Planning as part of the New York’s Uniform Land Use Review Procedure. Known simply as ULURP, the procedure is required for projects that require special review or modifications to existing zoning regulations.

The project site is an irregularly shaped through-lot with access from both St. Felix Street and Ashland Place. If approved, the building will top out at 23 stories and comprise approximately 166,400 square feet. Specific components include approximately 20,000 square feet of community facility space spanning the cellar through second floors and over 146,000 square feet of residential space. The residential component will yield up to 130 apartments, of which 30 percent would be designated affordable units.

The community facility space includes an expansion of the neighboring Brooklyn Music School originally founded in 1909. That expansion would more than double the school’s existing instructional space. Proposed new facilities include a digital music lab and recording studio for at-risk youth and vocational training spaces for recent graduates.

FXCollaborative served as architect of record for the tower as well as the school expansion. 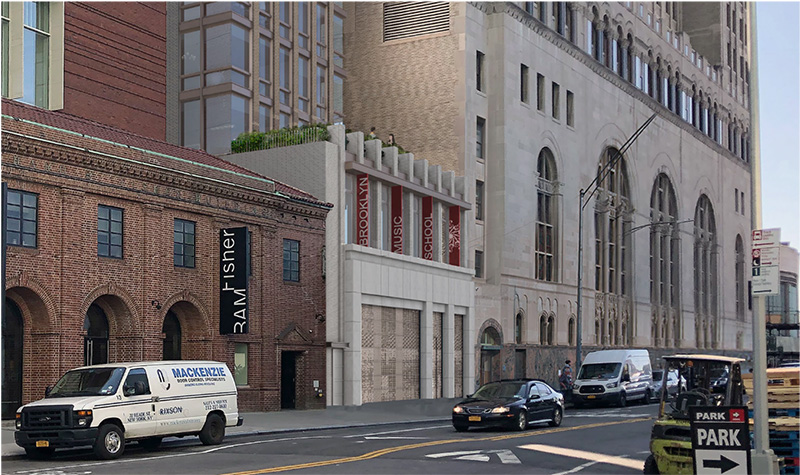 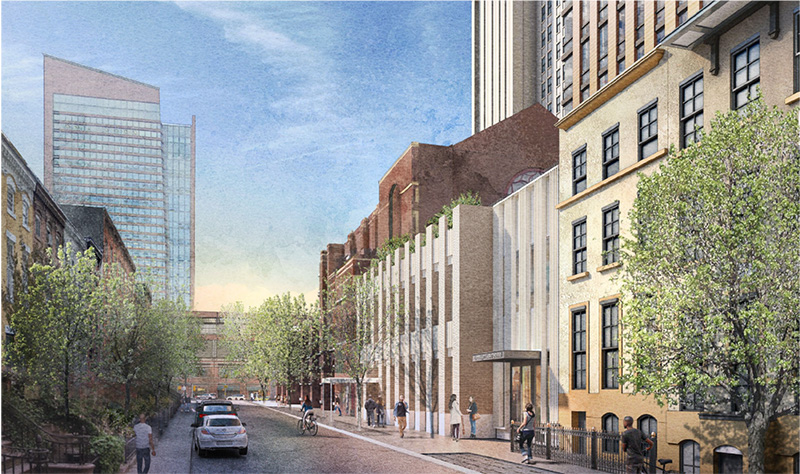 Before the project can break ground, the city will need to approve a zoning map amendment, special permits, and zoning text amendments to permit the construction of a dense mixed-use residential building with partial commercial use in the Special Downtown Brooklyn District, waive all requirements for off-street parking space, modify lot coverage and rear yard regulations, and issue a special permit for bulk regulations given the irregular shape of the project site.

Gotham Organization was also required to seek approvals from the Landmarks Preservation Commission (LPC) given the site’s immediate proximity to One Hanson Place, a landmarked high-rise, and the Hanson Place Central United Methodist Church originally completed in 1931. Following several modifications to the height, massing, masonry façade, and window systems, the LPC eventually granted the developer a Certificate of Appropriateness. 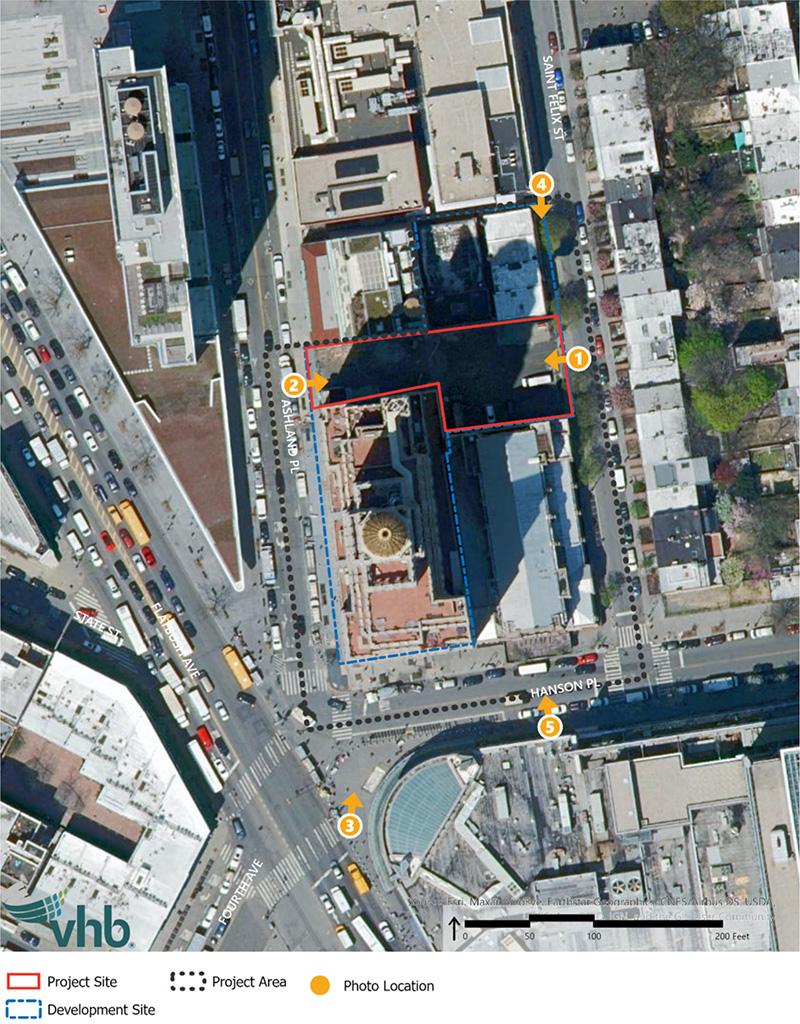 Local residents sued the LPC in December 2020 claiming that the commissioners were influenced by the developer’s promise to expand the historic Brooklyn Music School and provide affordable housing units as part of the residential offering. The groups argue that these aspects of the project fall outside the purview and authority of the LPC, whose sole purpose is to protect buildings of architectural significance. The plaintiffs also protest that the 270-foot building will “obliterate” their existing apartment views.

The lawsuit is currently listed as active with the next court appearance scheduled for Friday, June 18. It does not appear that the lawsuit has affected the public review process thus far.

Permits Filed for 2136 Matthews Avenue in Pelham Parkway, The Bronx