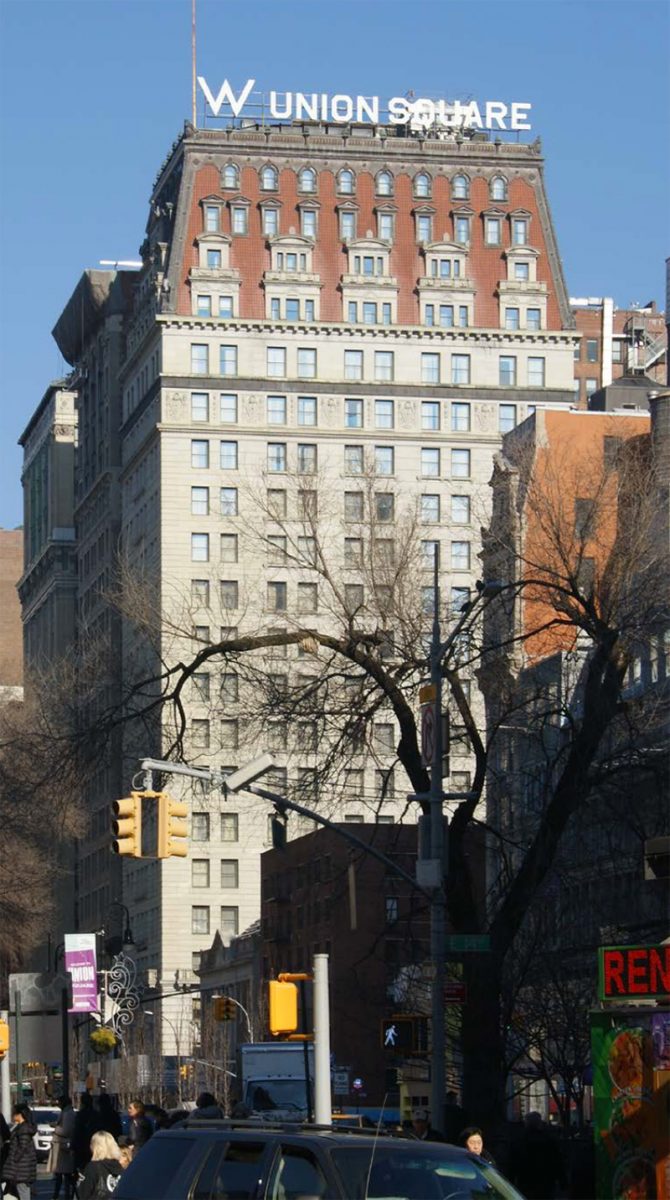 The Landmarks Preservation Commission is now reviewing proposals to construct a seasonal rooftop venue at W New York hotel in Union Square, Manhattan. Designed by Beyer Blinder Belle, renderings of the proposed addition were first revealed at a public hearing on August 25, 2020.

The preliminary renderings depict a 15-foot-tall, glass-enclosed volume with dark metal supports and a partially retractable roof. If approved, the project would create 2,180 square feet of new amenity space.

To accommodate the seasonal venue, the project will need to relocate existing AC units, a large generator, and exhaust systems. The proposals also call for an enlargement of the existing MEP bulkhead, extension of the existing stair bulkhead to connect into the venue, and a raised walking surface to create an outdoor terrace. The new terrace would include what appears to be light landscaping and a temporary viewing platform with glass railings.

The proposals do not reveal the location of anticipated food and beverage components, back-of-house areas, or seating layout. 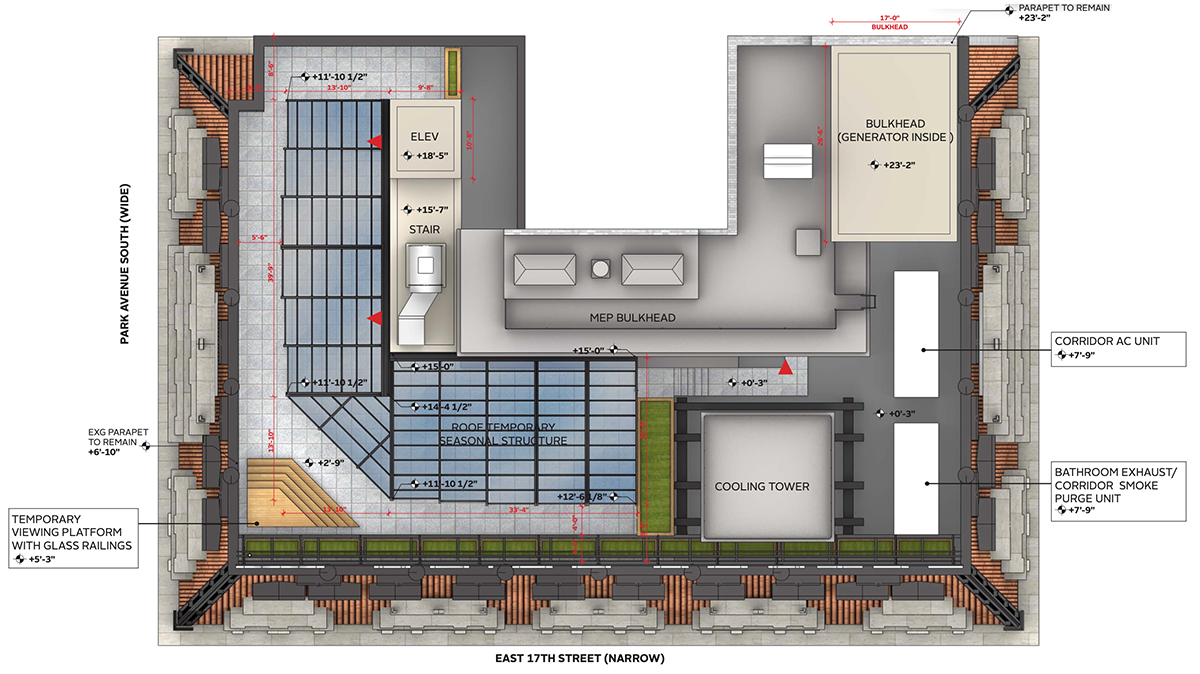 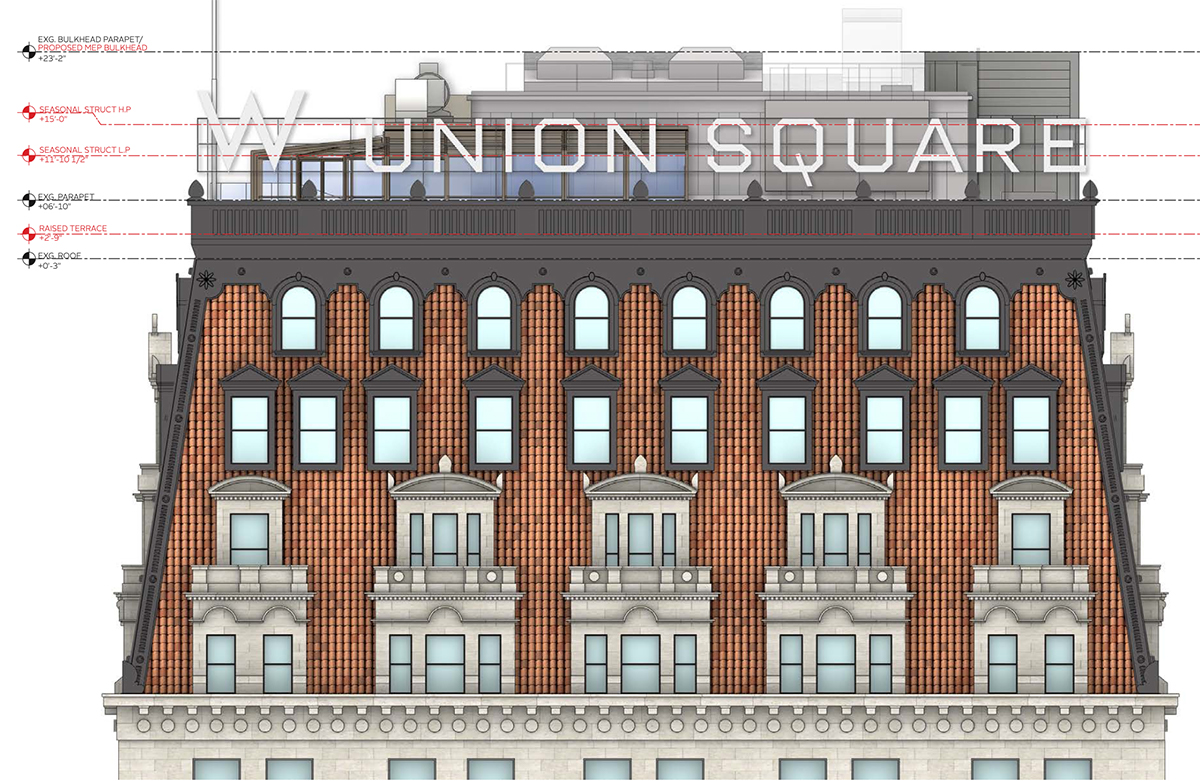 At this phase of development, the project team has not revealed a timeline for the proposed scope of work. 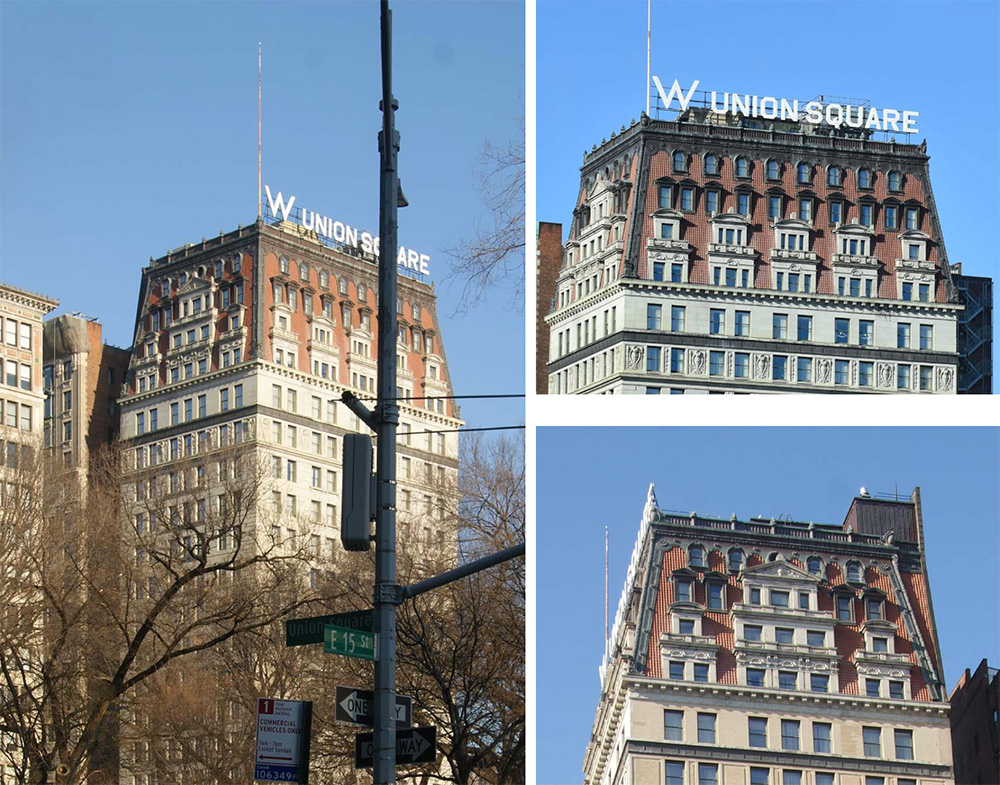