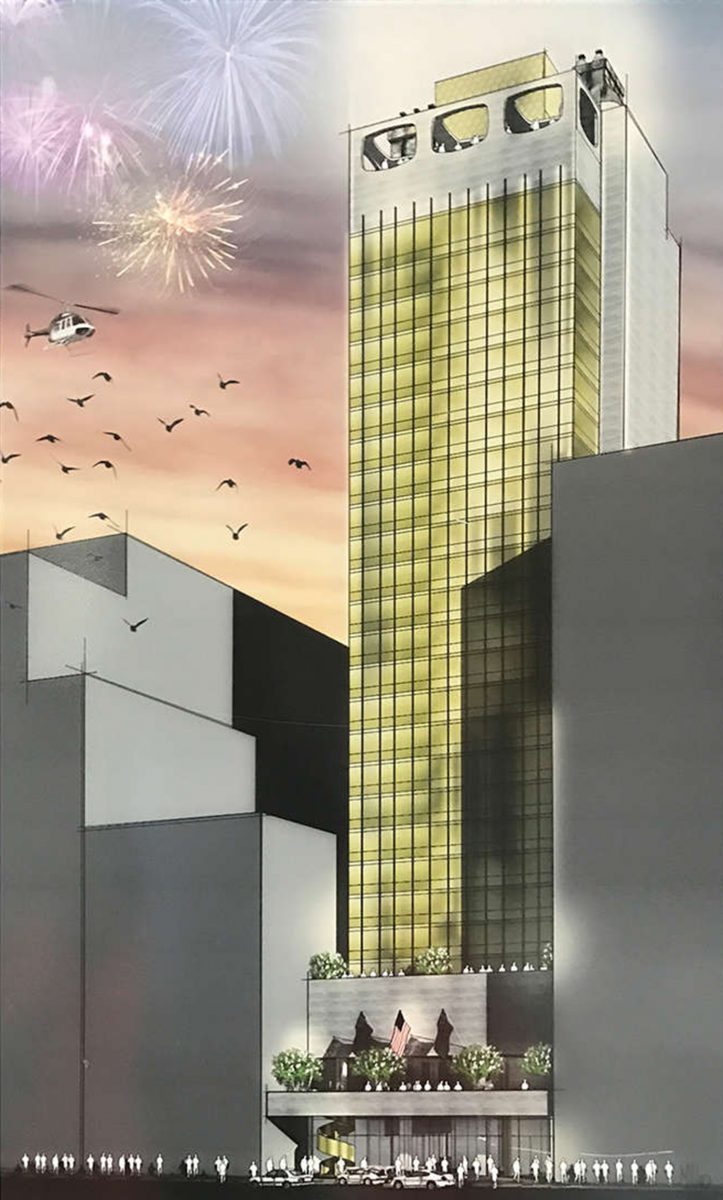 Construction has passed the podium levels at 30 West 39th Street, a 300-room hotel in Midtown. Designed by Peter Poon Architects and developed by Fortuna Realty, the reinforced concrete structure will eventually top out at 27 stories and stand 323 feet high. Leeding Builders Group, LLC is the general contractor for the 133,500-square-foot-project.

New photos show the main northern elevation and the rapidly rising formwork. Based on the pace of progress, it is likely the superstructure will top out before the end of the year, with the uniform shape of the floor plates facilitating the speed of work. Though of modest height, the tower will still stand prominently over its nearby neighbors. 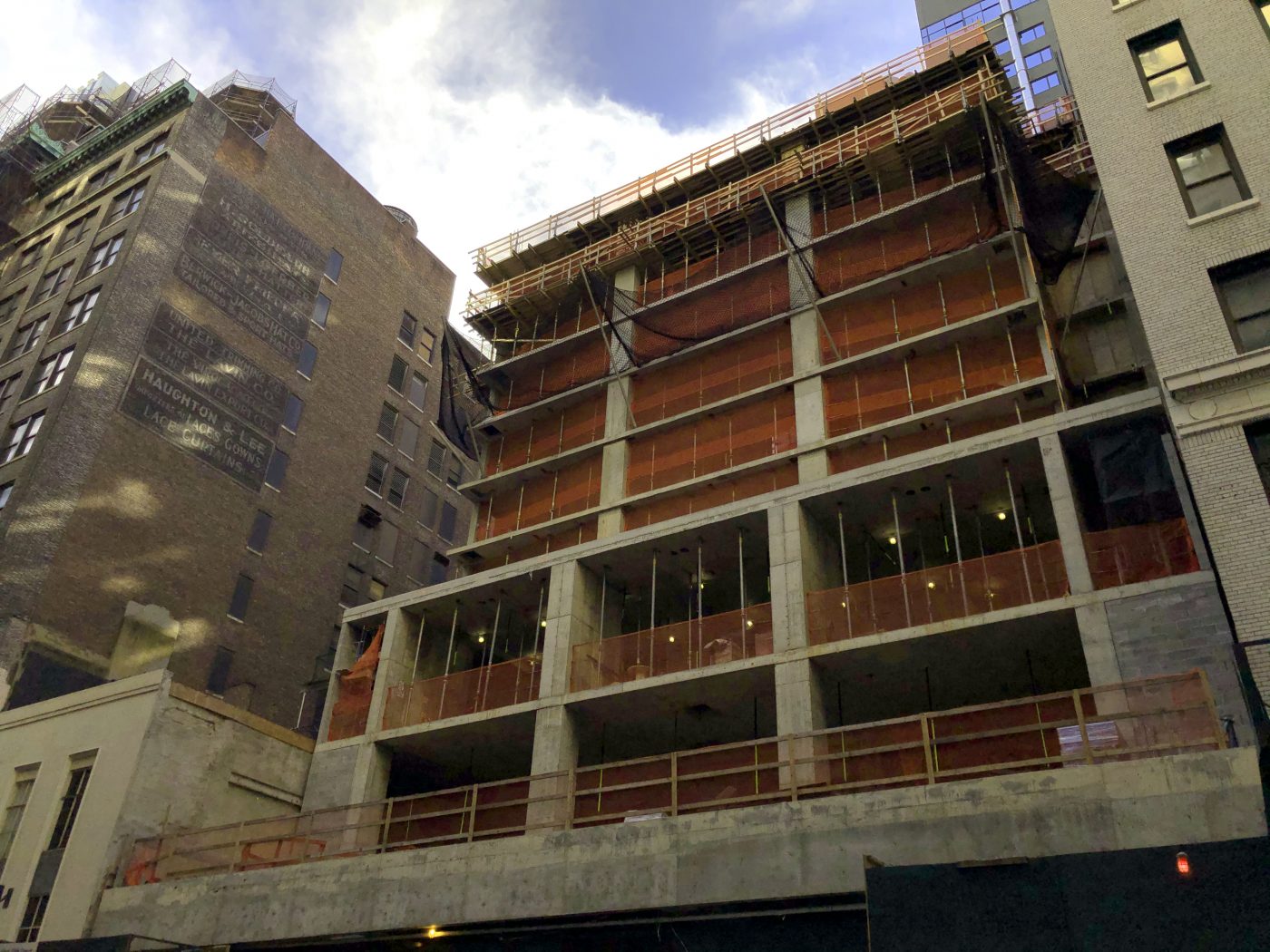 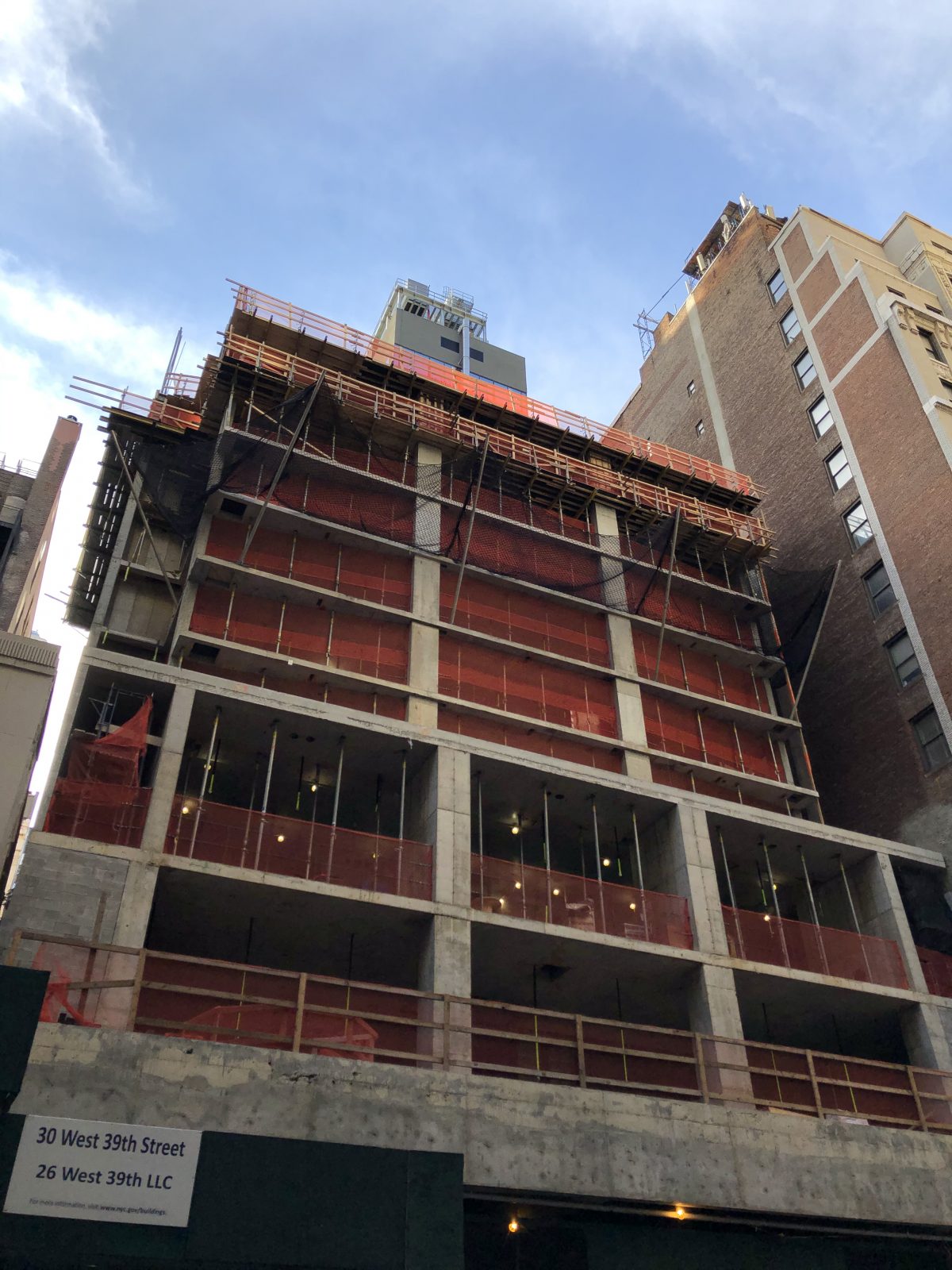 The rendering above shows what appears to be a gold-tinted glass curtain wall covering the majority of the exterior. Atop this are large, oval-shaped cutouts, behind which sits an outdoor rooftop bar. Other amenities include a ground-floor restaurant, a lounge, a fitness center, and a business center. The setbacks near street level will also have landscaped outdoor space.

The closest subways are the B, D, F, M, and 7 trains at the 42nd Street-Bryant Park station. Access can be found to the west and across Sixth Avenue on the ground floor of 7 Bryant Park.

30 West 39th Street is slated to finish this fall, as indicated on the construction fence.