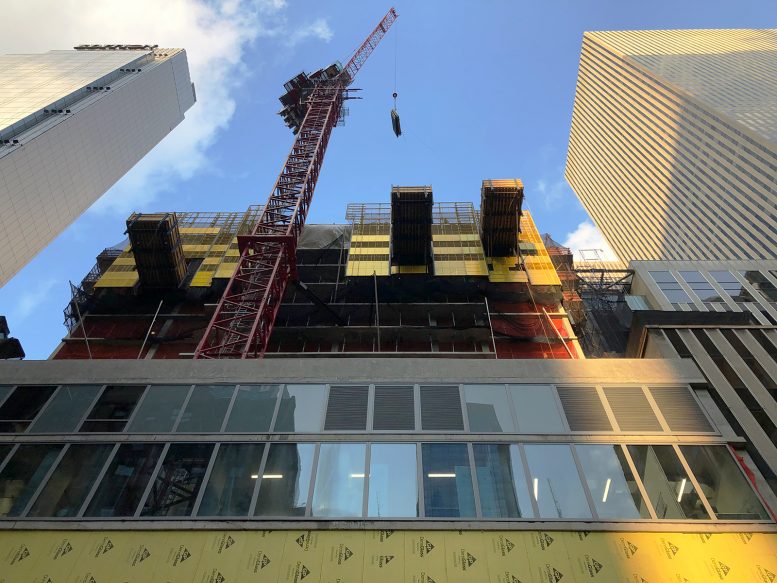 Installation of the curtain wall has begun on the lower podium floors of 145 West 47th Street, as the reinforced concrete superstructure continues to rise above the streets of Times Square. Designed by Berg + Moss Architects and developed by Tribeach Holdings, the 27-story building that will eventually house a 343-room RIU Hotel. 145 West 47th Street is expected to yield 141,500 square feet of newly built space.

Photos from the sidewalk show the climbing safety cocoon and equipment being lifted to the uppers floors that are under formation. 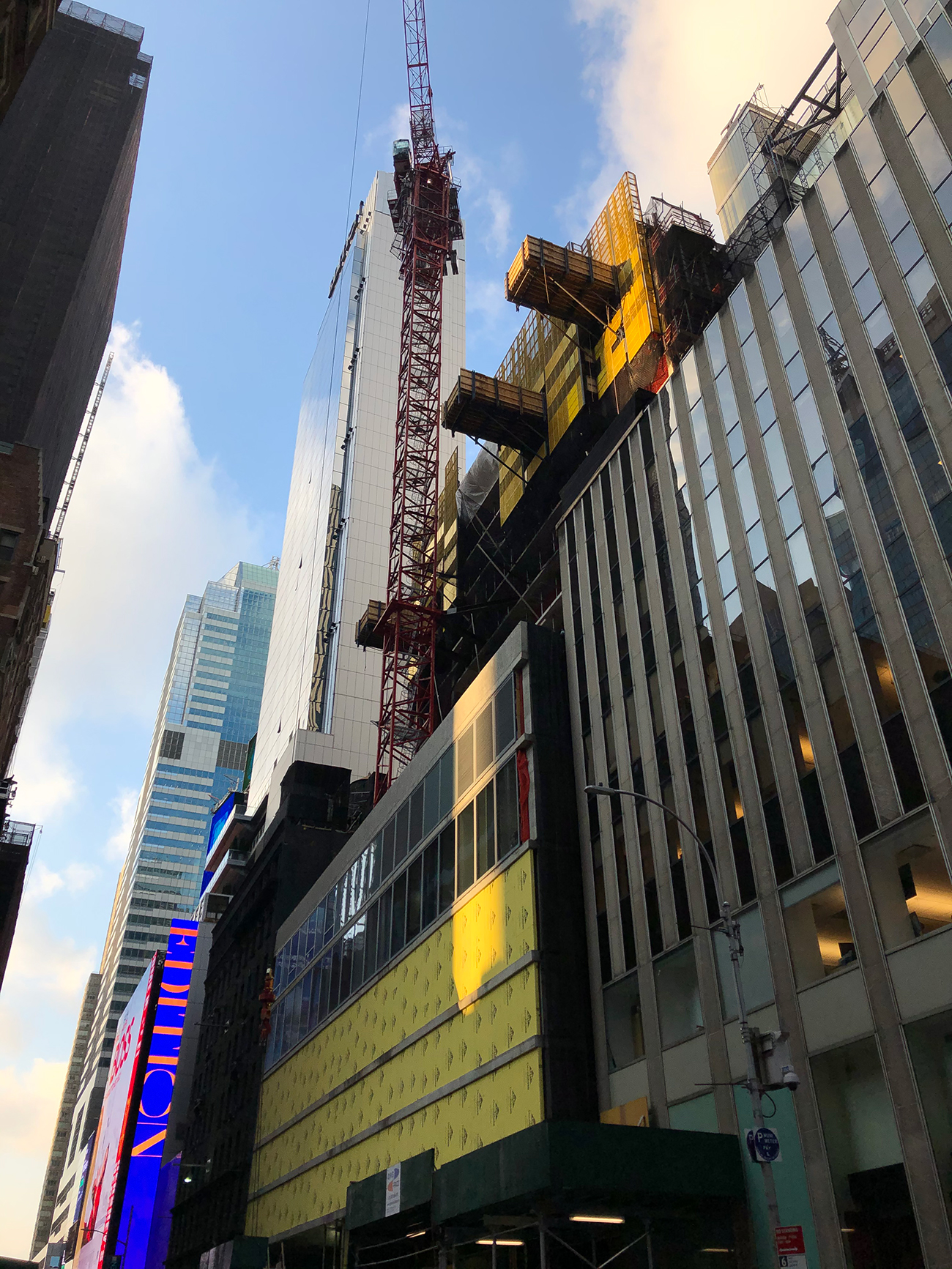 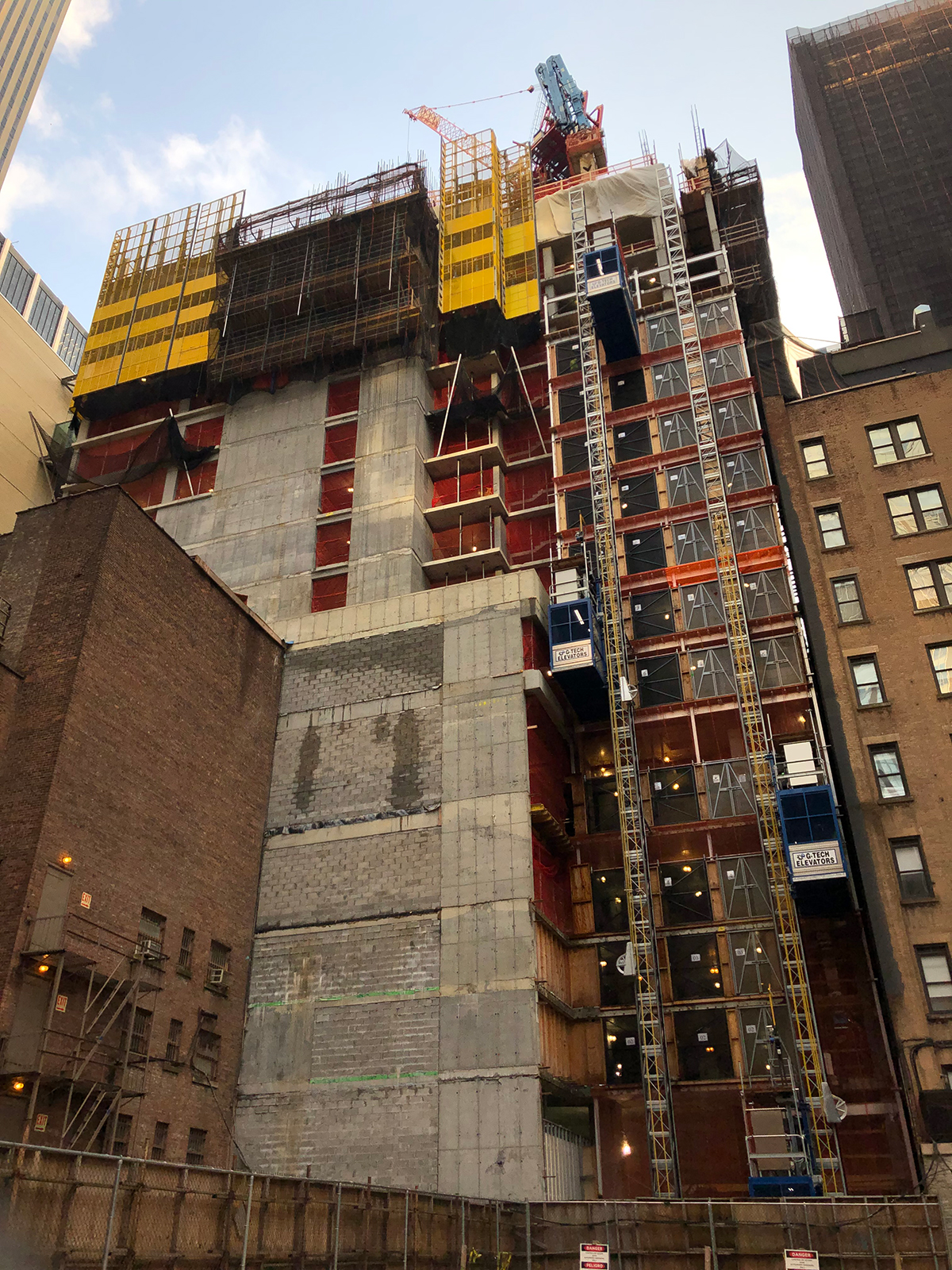 The north side of 145 West 47th Street. Photo by Michael Young

A final rendering for the hotel still hasn’t been released, but the panels installed on the main southern elevation offer an early impression of how the rest of the exterior will look. The façade so far features a tight grid of windows surrounded by neutral gray paneling. The southern elevation will likely be fully clad in glass, while the backside of the structure will offer guests less outward visibility due to the positioning of the egress core and elevator bank, which is apparent in the blank walls near the center of this profile. Floors seven through 26 will house about 17 rooms each, while a multi-level parking garage and restaurant will sit within the podium.

The property joins another RIU Hotel location in the neighborhood, at 305 West 46th Street along Eighth Avenue. 145 West 47th Street is located between Sixth Avenue and Seventh Avenue, giving it convenient access to a plethora of subway and transit options. It is also in close proximity to all of the tourist destinations and shopping and dining establishments in the heart of Midtown.

145 West 47th Street is slated to be finished next winter.