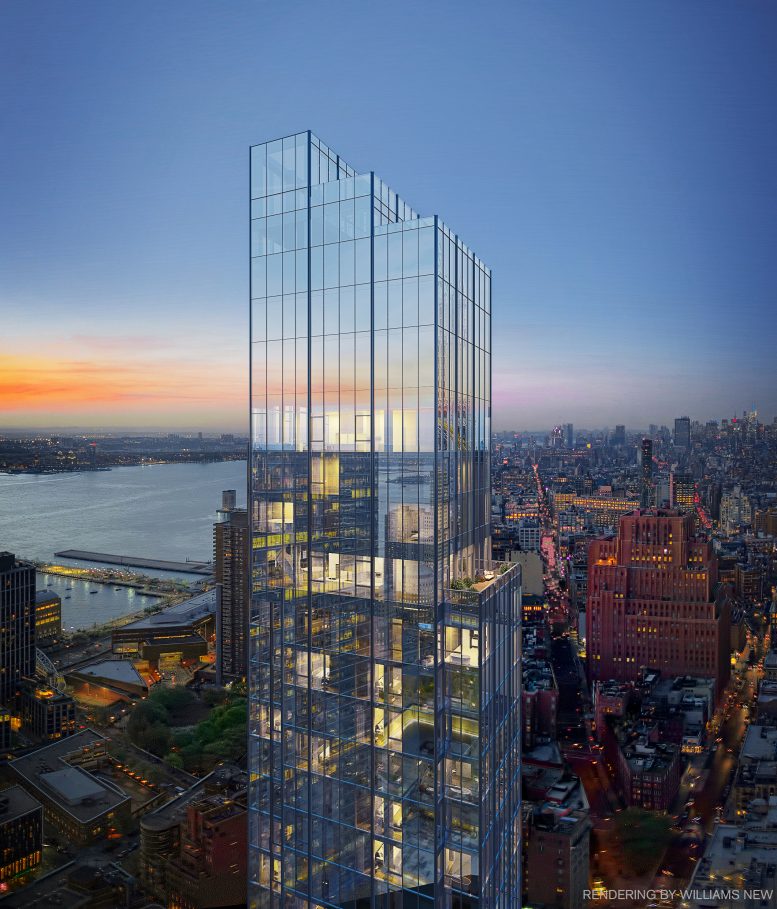 Construction has topped out at 45 Park Place as the glass curtain wall is continuing to make its way up the 43-story Tribeca superstructure. The cocoon netting has been fully removed revealing the skeleton frame of the stepped crown, which will eventually be covered with glass as well. The 667-foot-tall residential skyscraper is being developed by Sharif el-Gamal of Soho Properties and is designed by SOMA Architects with Ismael Leyva Architects serving as the executive and residential architect. Sales of the units, which feature interiors designed by Piero Lissoni, are being handled by Corcoran Sunshine.

New photos from street level show the façade rising up the reinforced concrete structure. The main rendering shows that the glass that encases the crown will be slightly different in appearance and transparency than the panels on the residential floors. 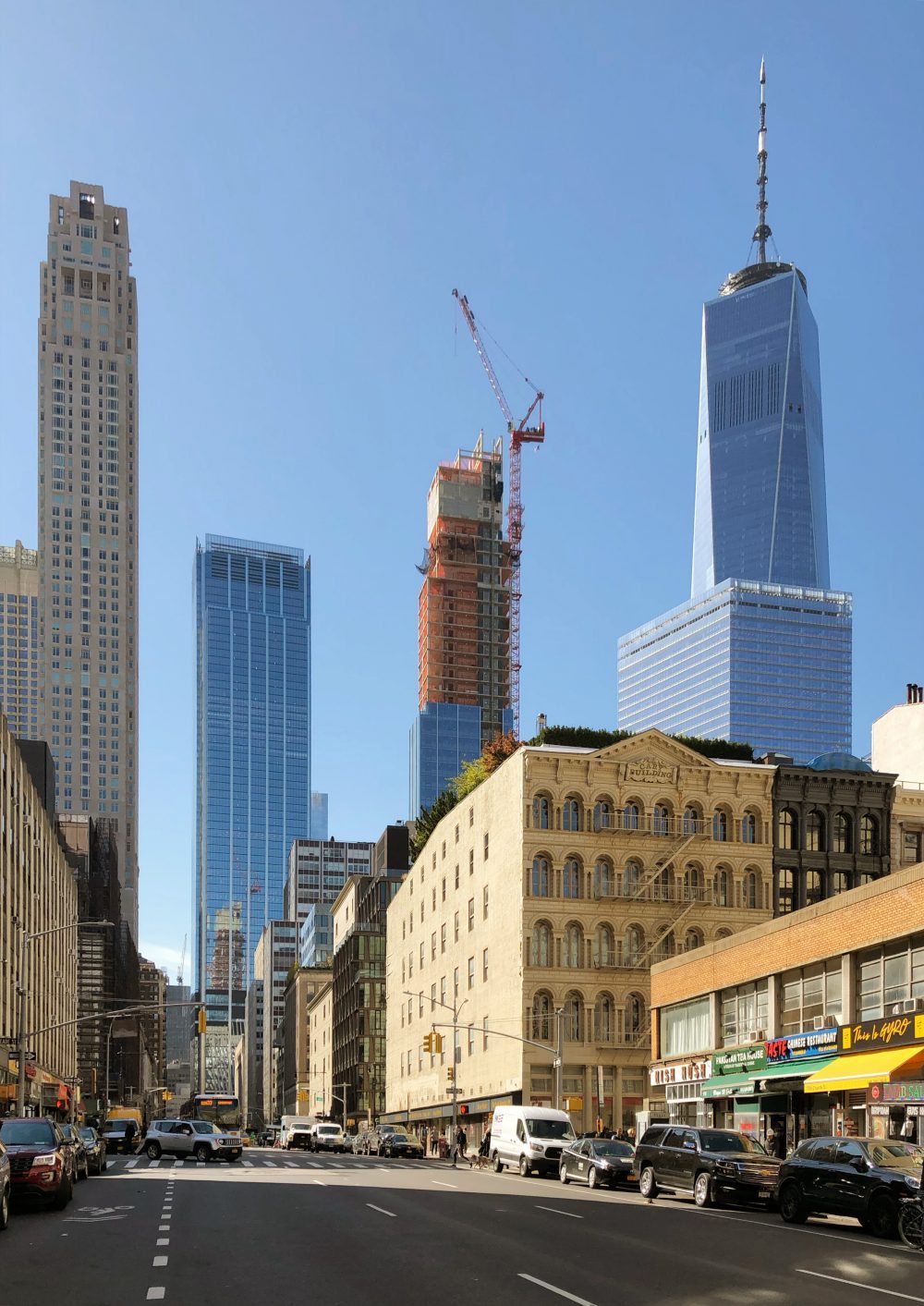 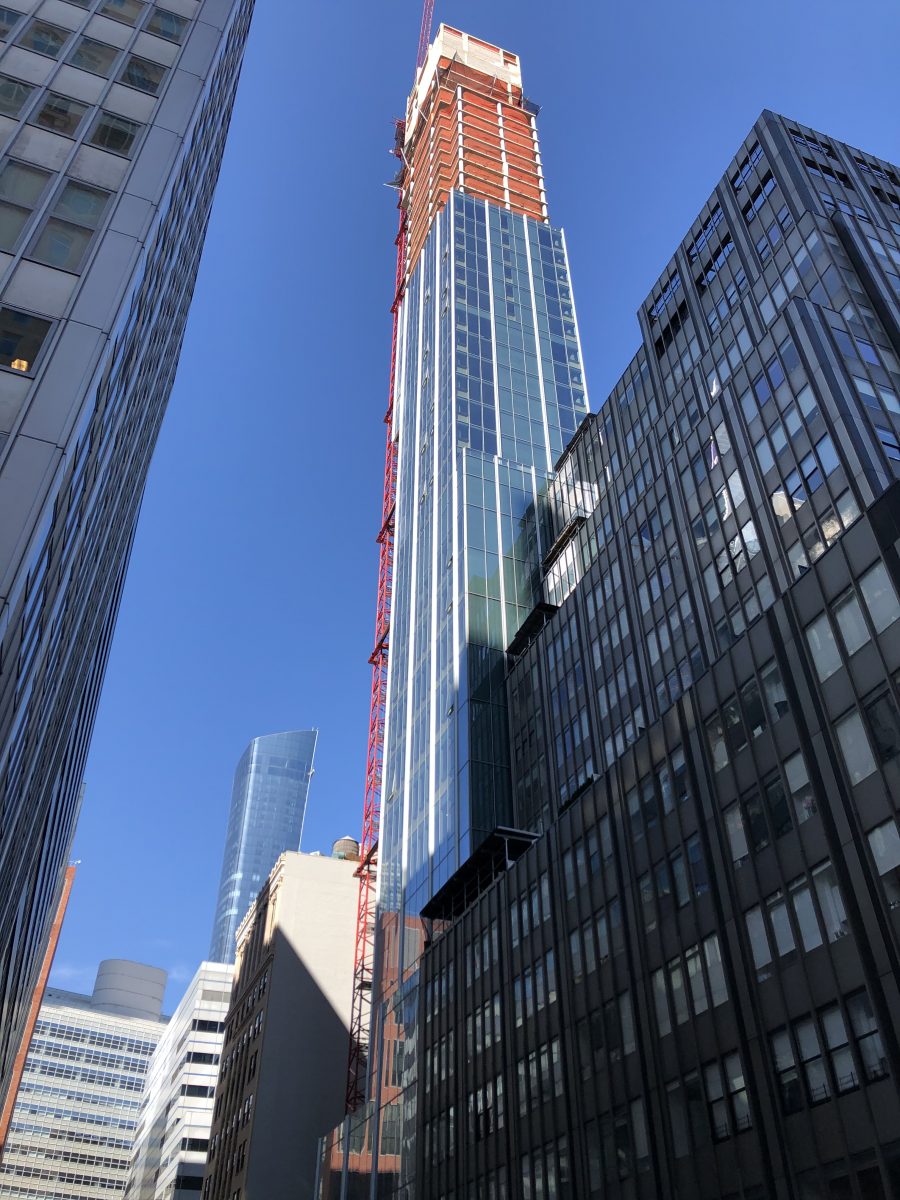 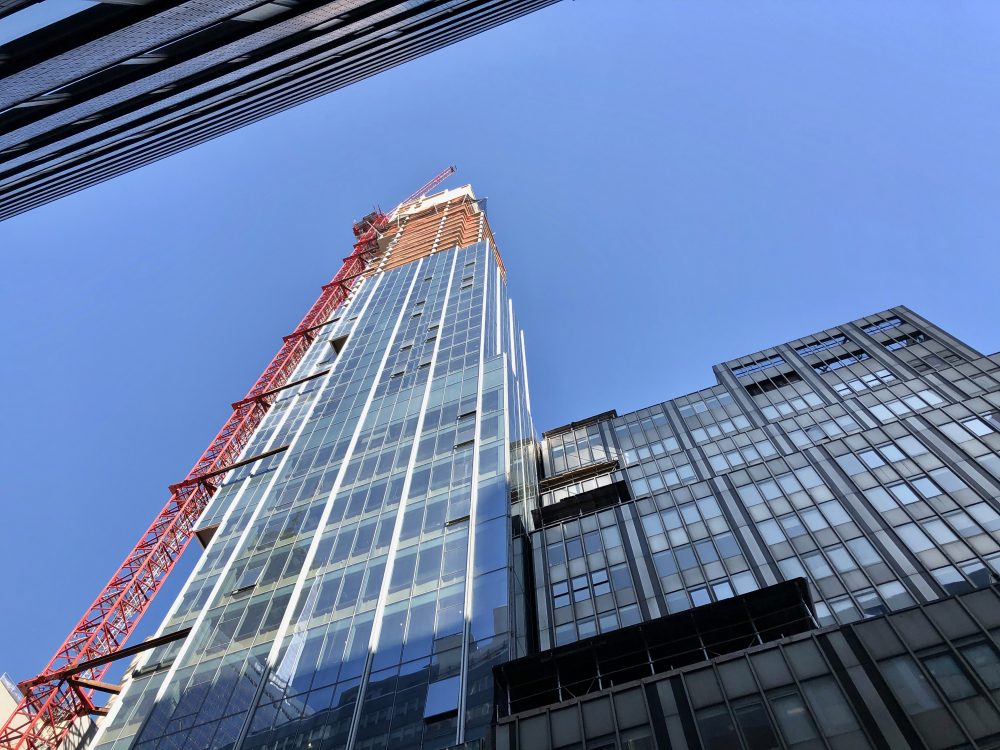 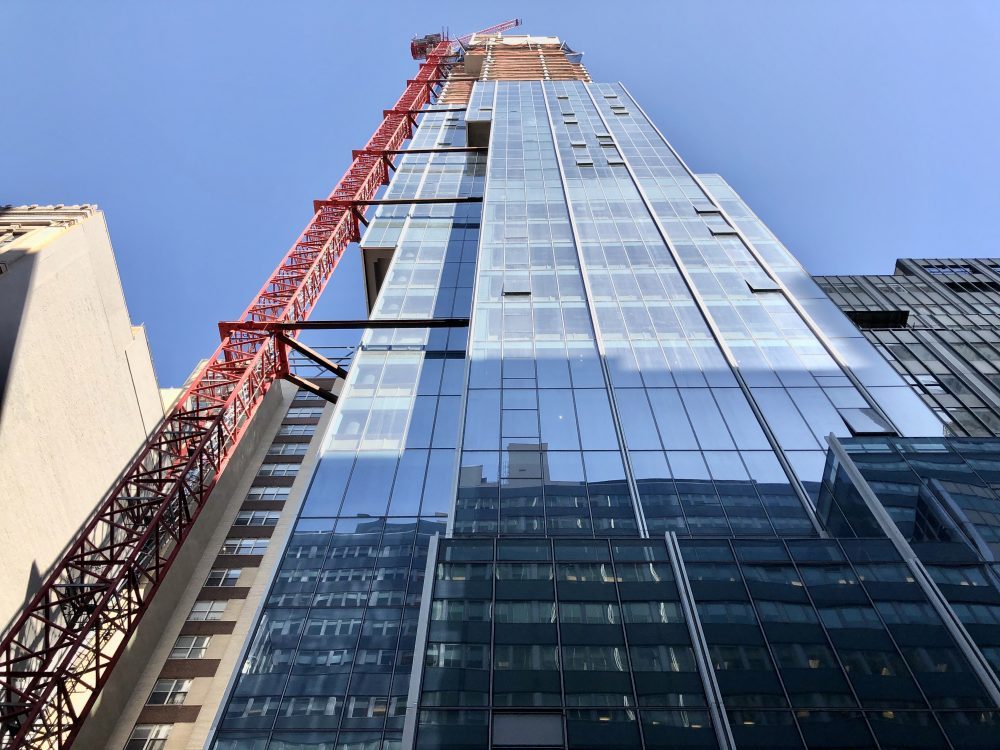 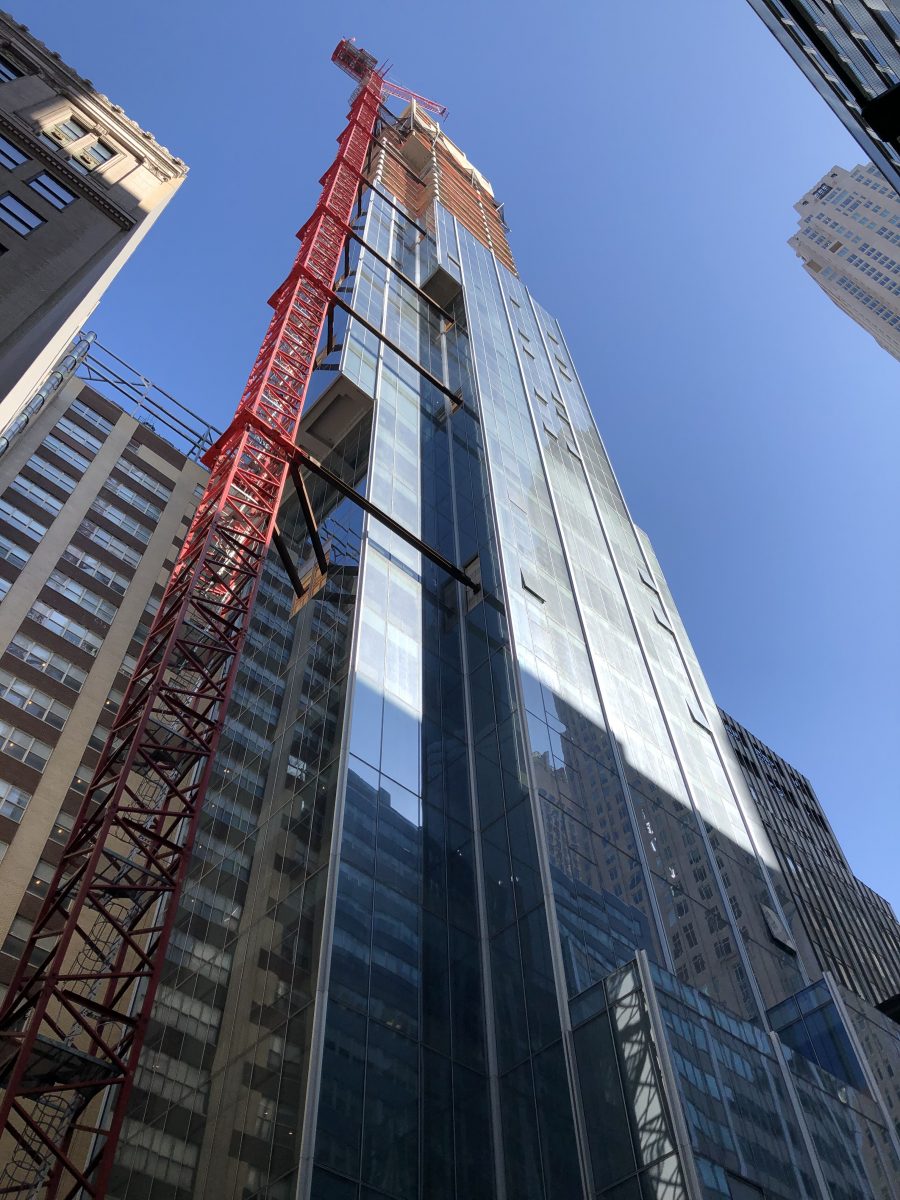 When viewed from the north, as in the below image, the color of 45 Park Place’s glass almost camouflages it against the backdrop of Three World Trade Center. 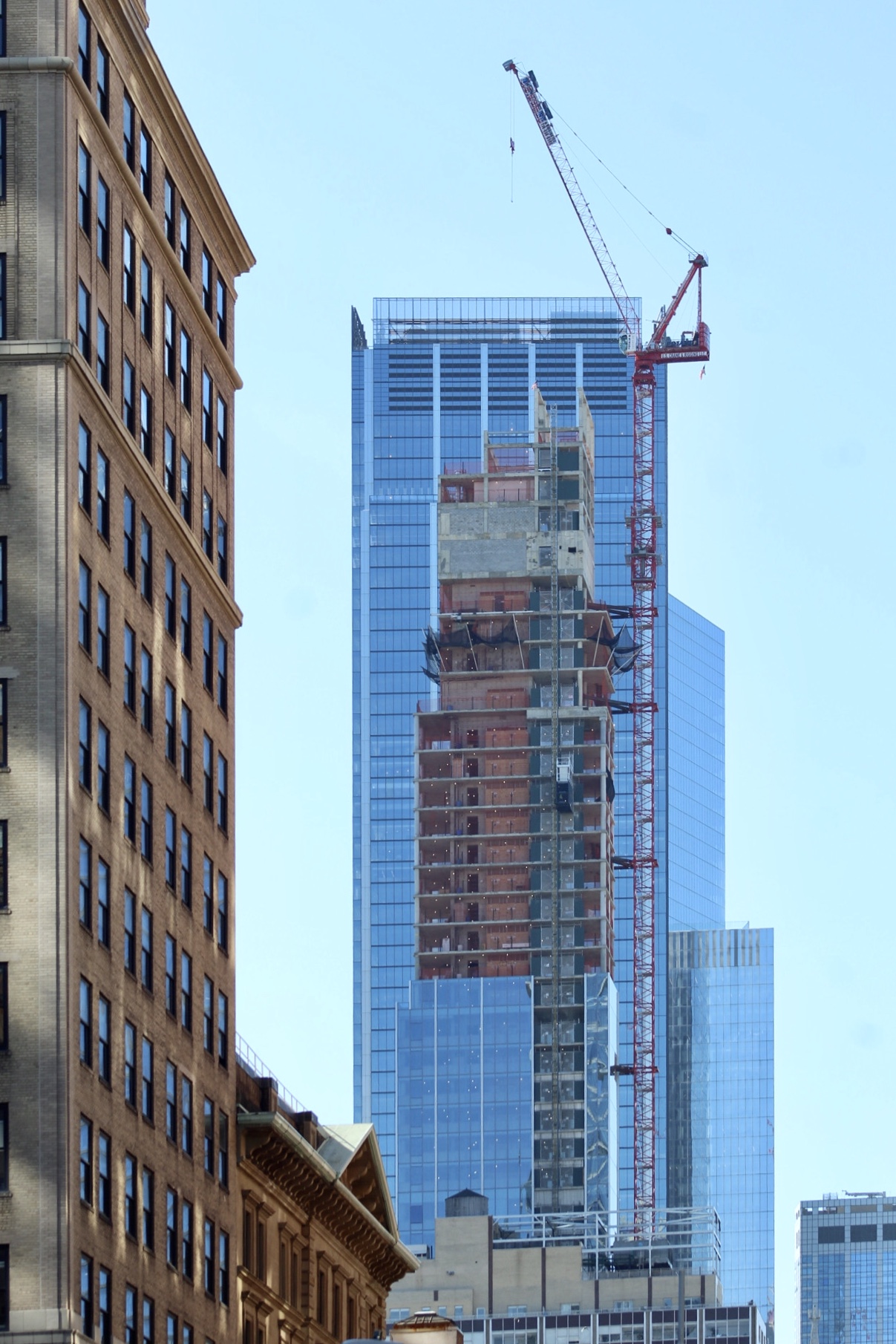 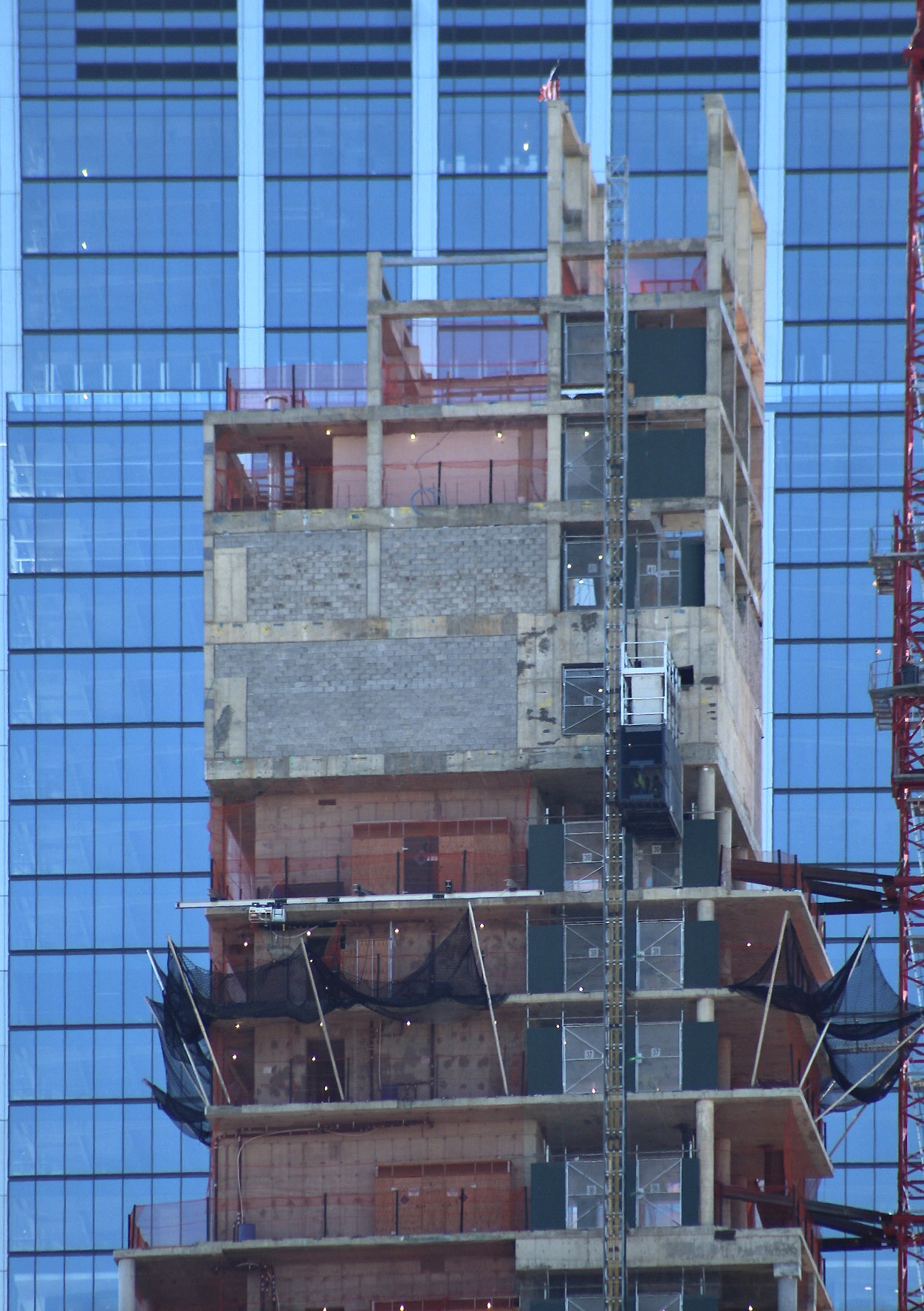 A close-up of the crown. Photo by Michael Young 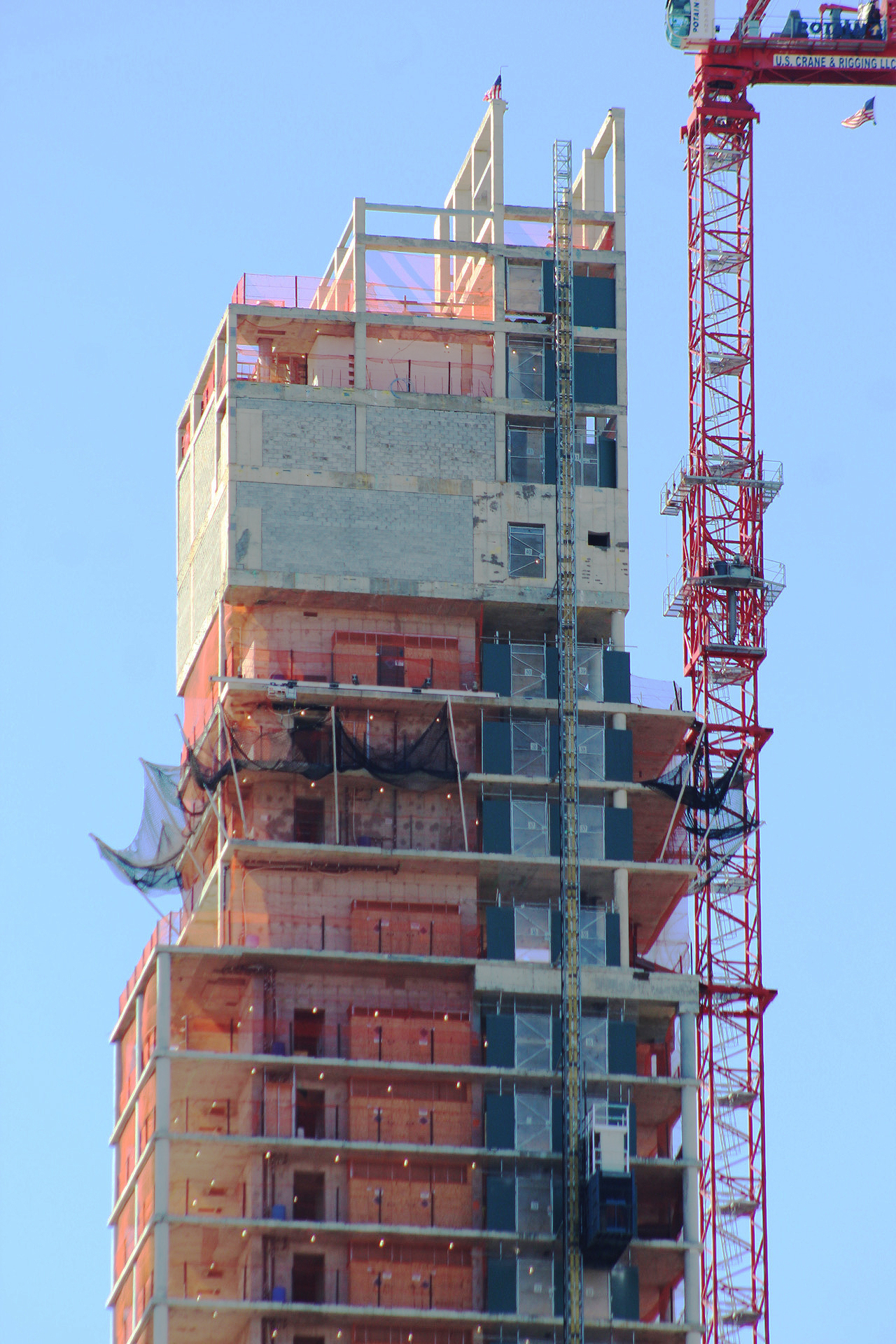 The top of the northern elevation. Photo by Michael Young

In addition to the residential tower, a 71-foot-tall, 16,000-square-foot facility will sit adjacent to 45 Park Place on the west side of the property. Scott Newman of Cooper Robertson is listed as the architect of this separate structure, which is addressed 51 Park Place. No word has been released on when construction will begin on this component.

Construction of 45 Park Place will most likely be completed next year.