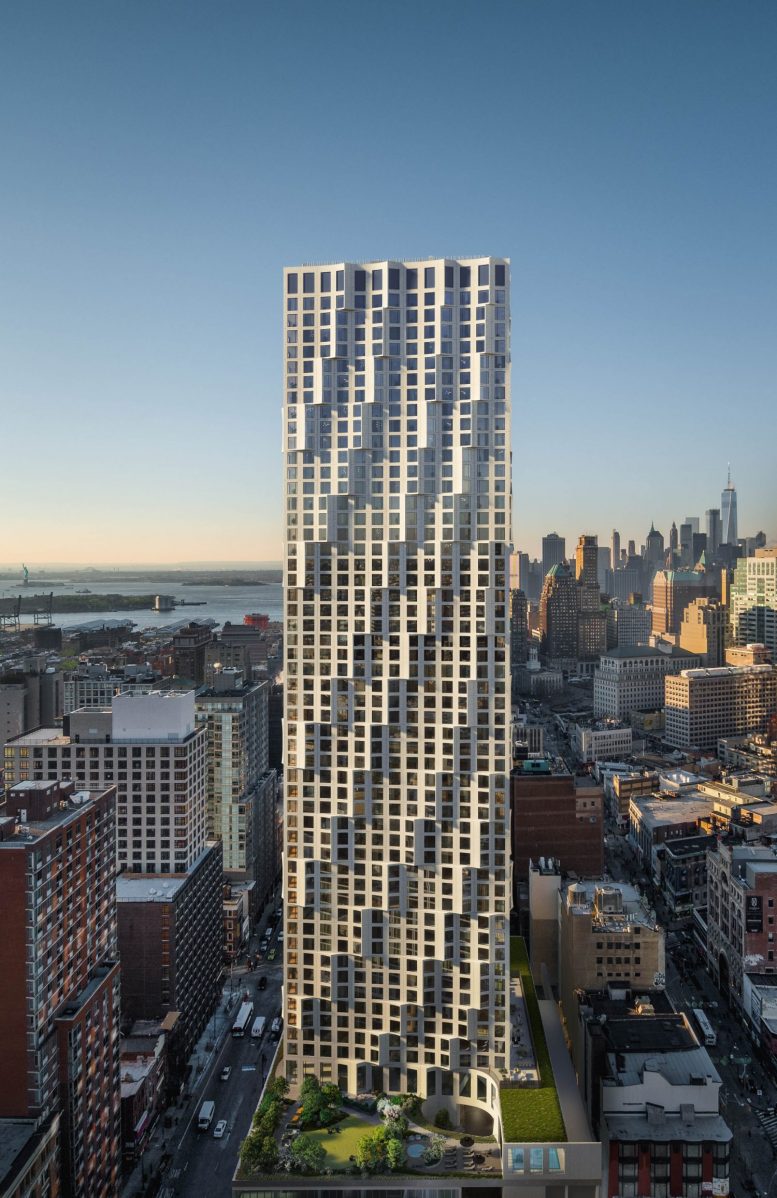 YIMBY recently went on a hard-hat tour of Jeanne Gang’s 620-foot-tall, 57-story skyscraper at 11 Hoyt Street in Downtown Brooklyn. The wavy, rippling precast façade has reached the flat roof parapet, while work on the podium and lower floors is headed toward completion. Tishman Speyer is the developer and Hill West is the architect of record for the Studio Gang-designed residential project. Edmund Hollander of Hollander Design is in charge of landscaping for the outdoor green space above the motor courtyard and podium section.

The tower’s upper floors offer wide views of the Financial District, Midtown, Williamsburg, Long Island City, Downtown Brooklyn, the harbor with Statue of Liberty, and the Verrazano Narrows Bridge. Positioned a moderate distance from the rest of the Downtown Brooklyn skyscrapers gives residents a much broader view of the surrounding neighborhood and beyond. 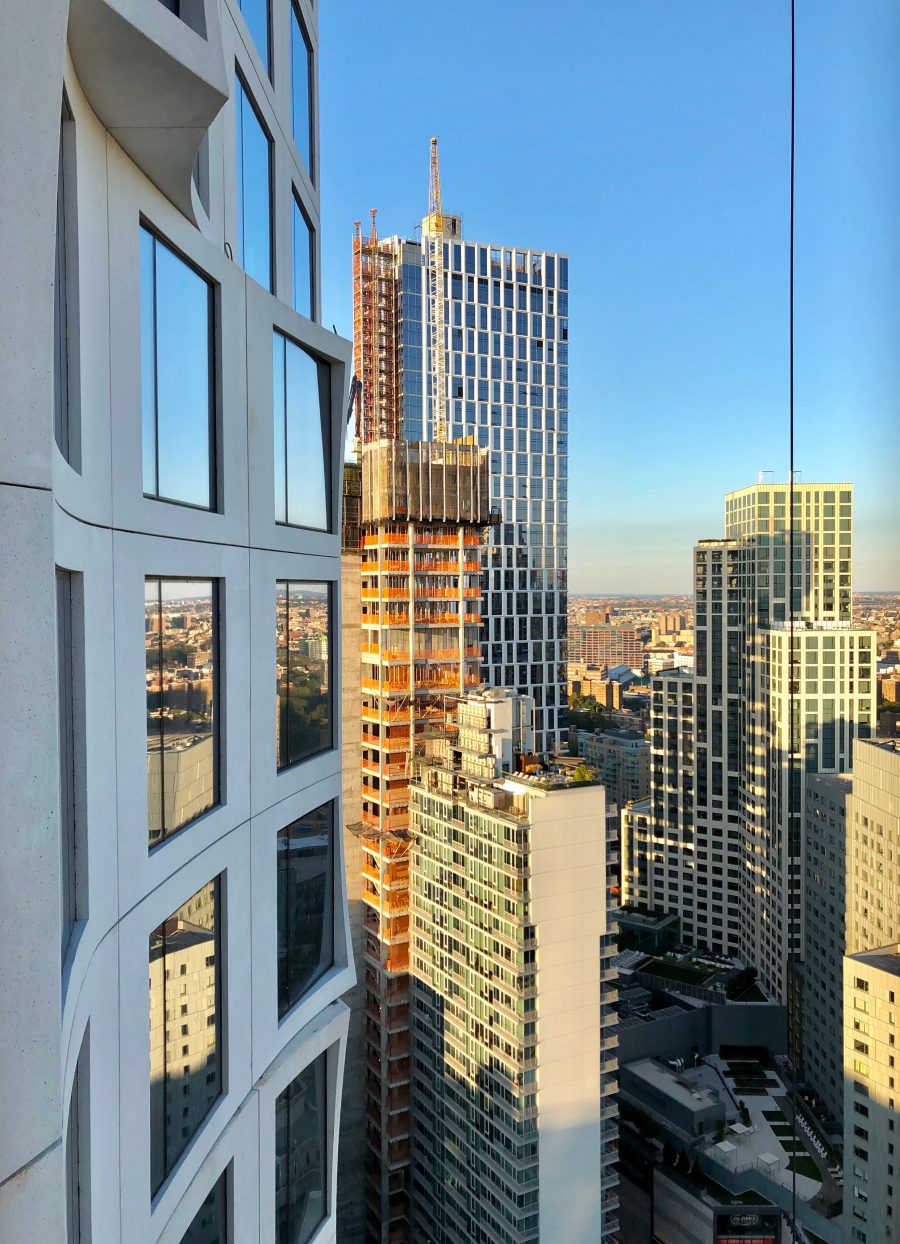 Going up the exterior hoist. Photo by Michael Young 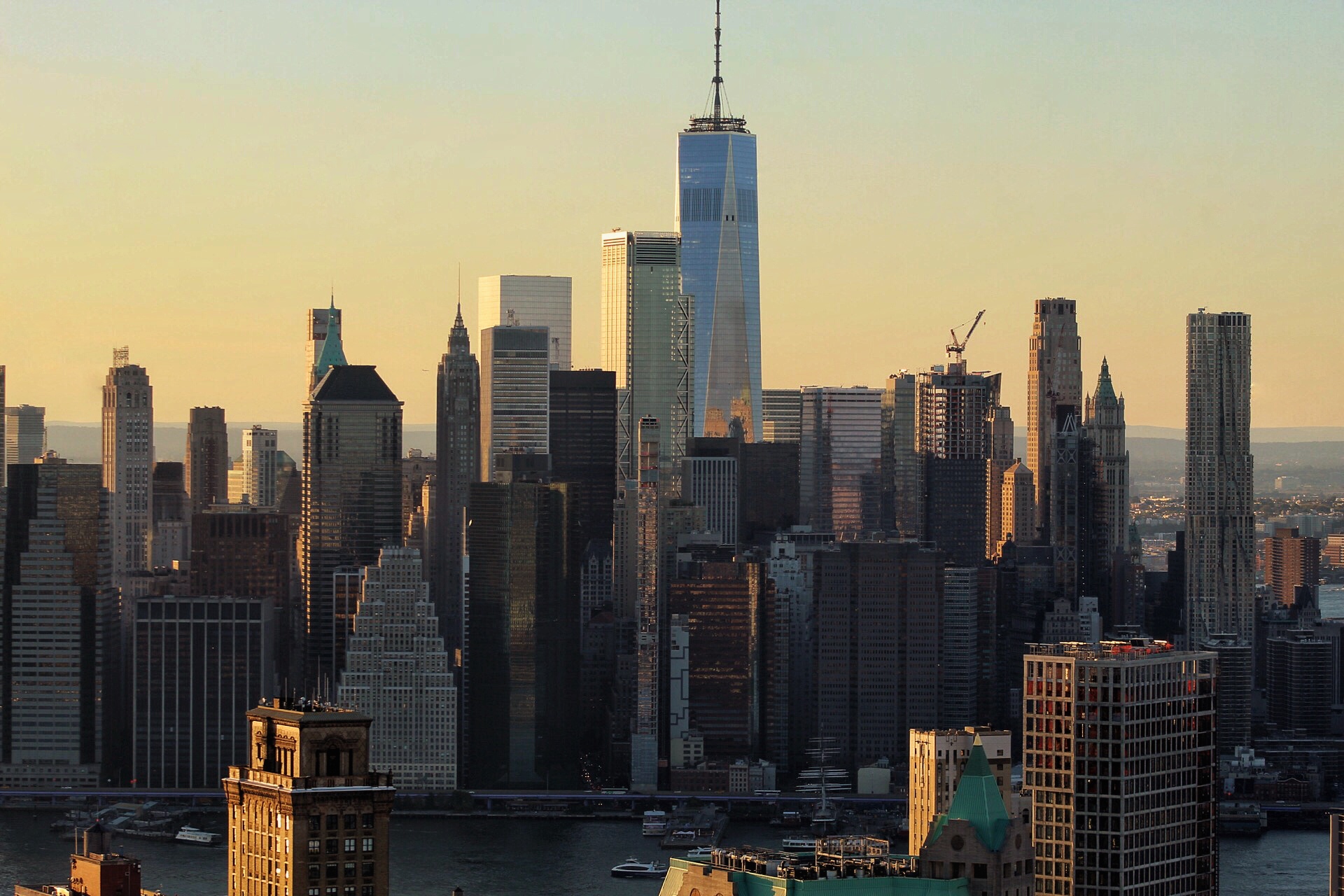 One World Trade Center and the Financial District. Photo by Michael Young 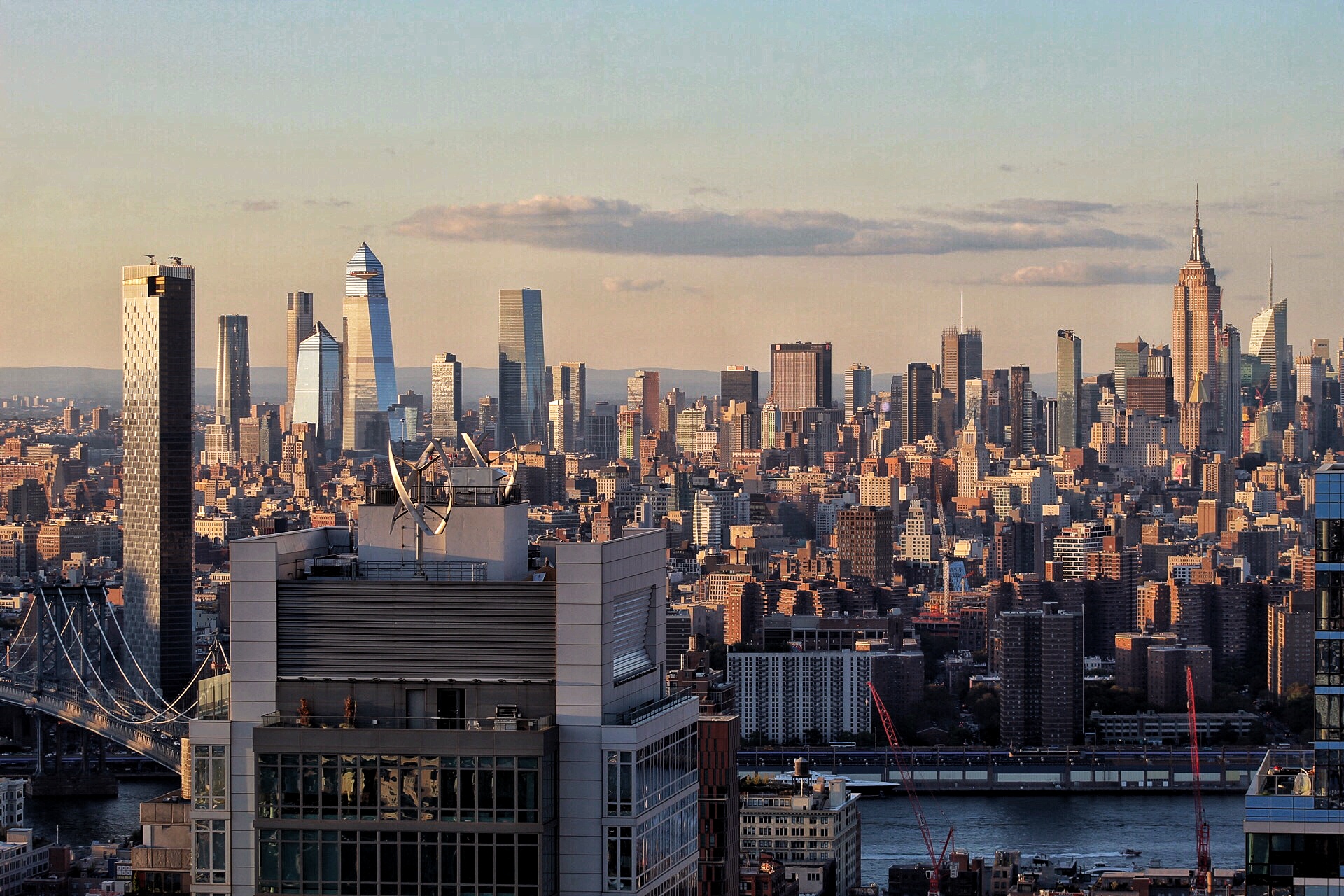 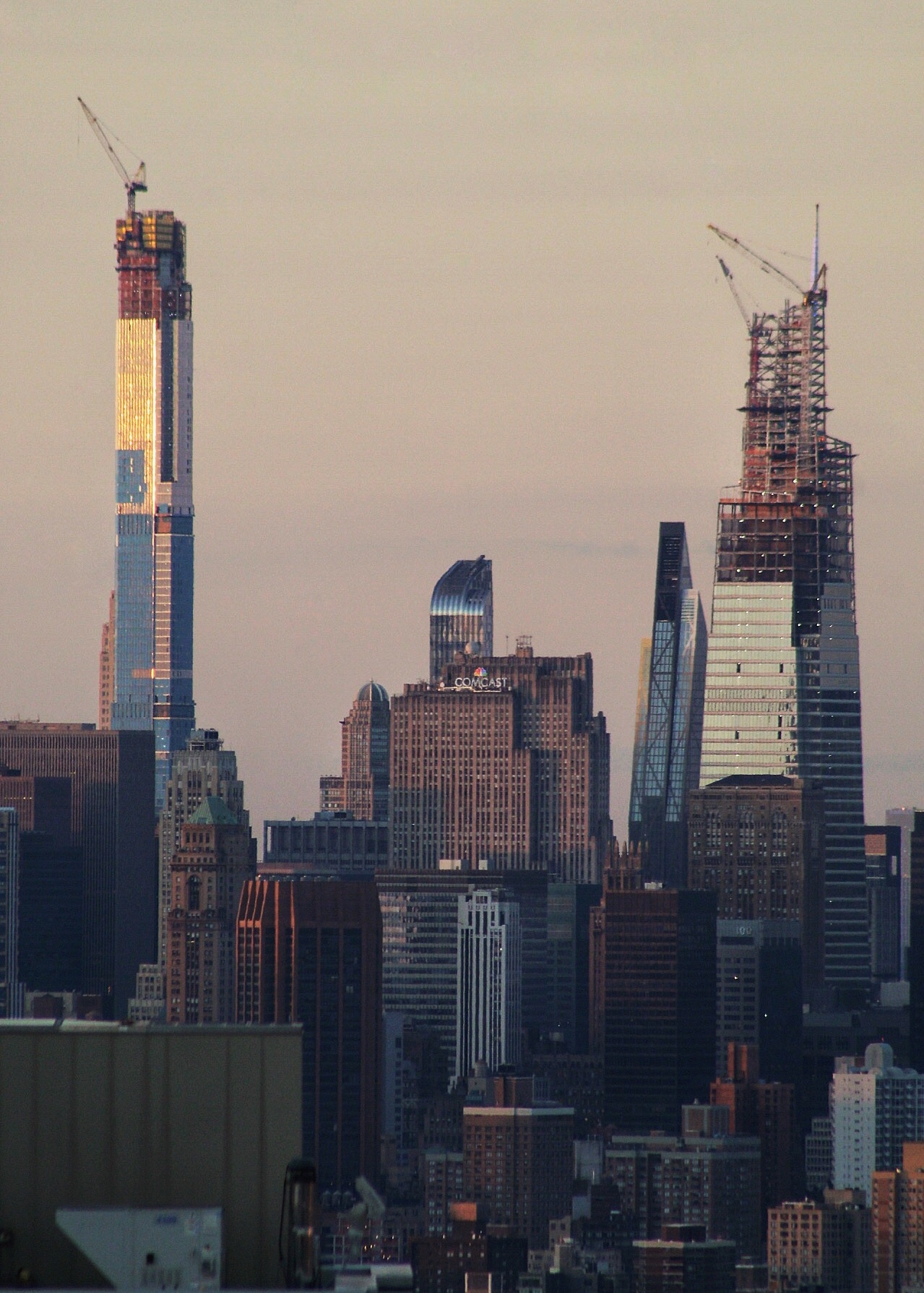 Billionaires’ Row and One Vanderbilt. Photo by Michael Young 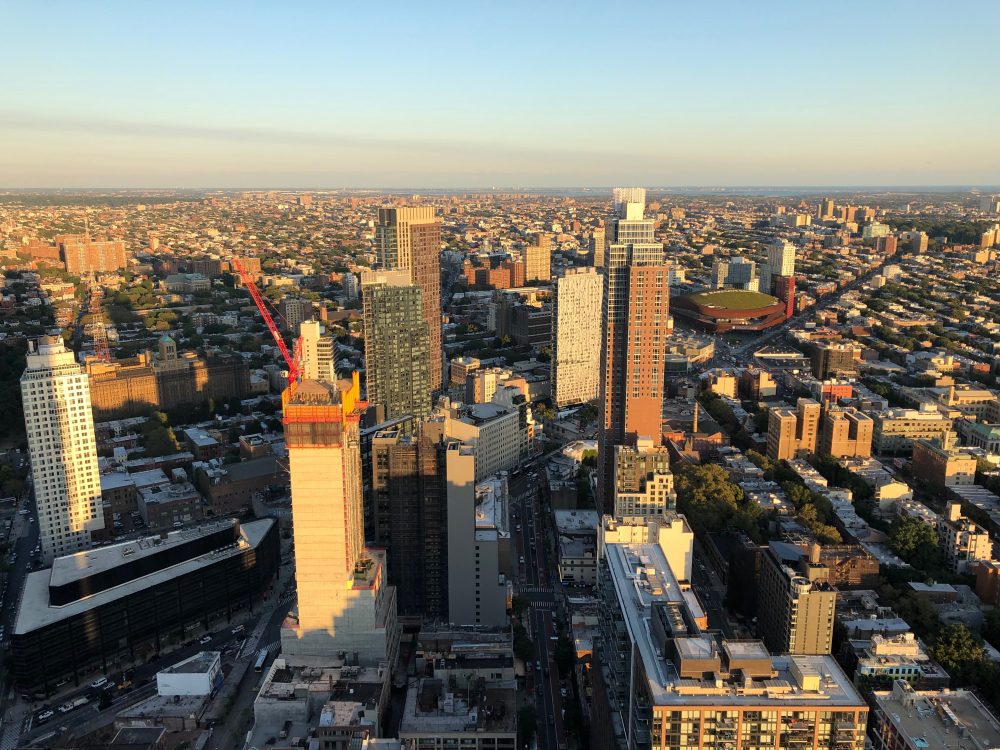 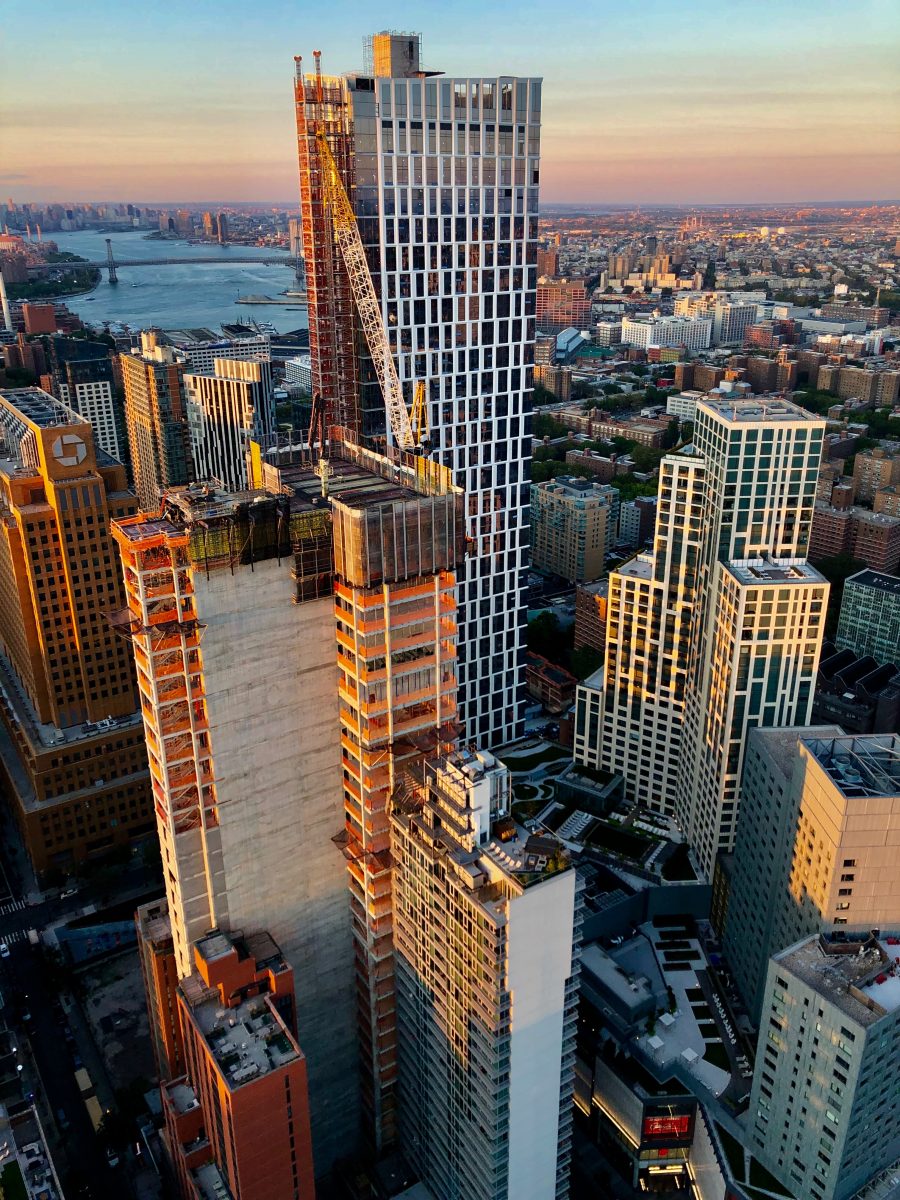 One Willoughby Square climbing toward the 34-story roof parapet. Photo by Michael Young 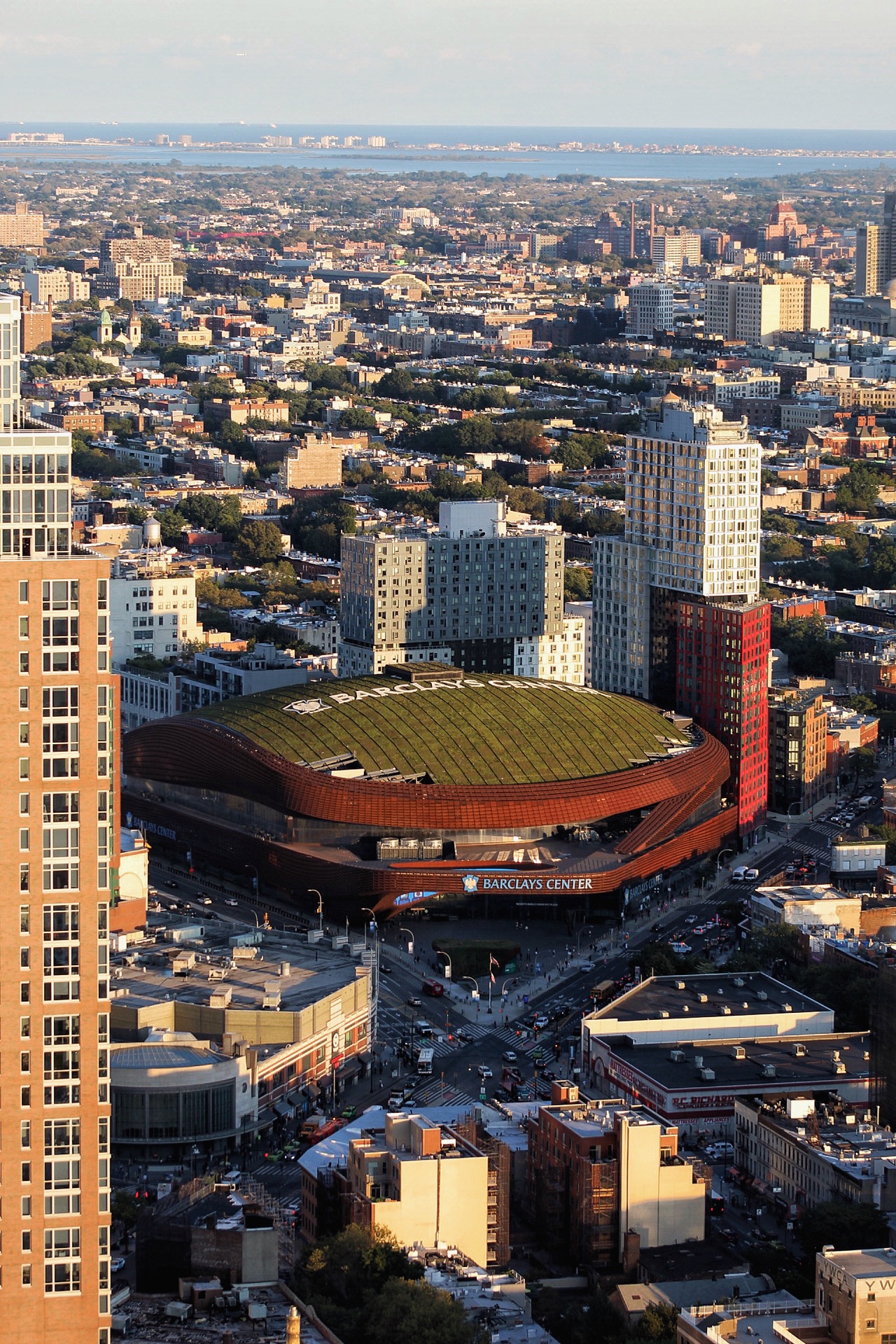 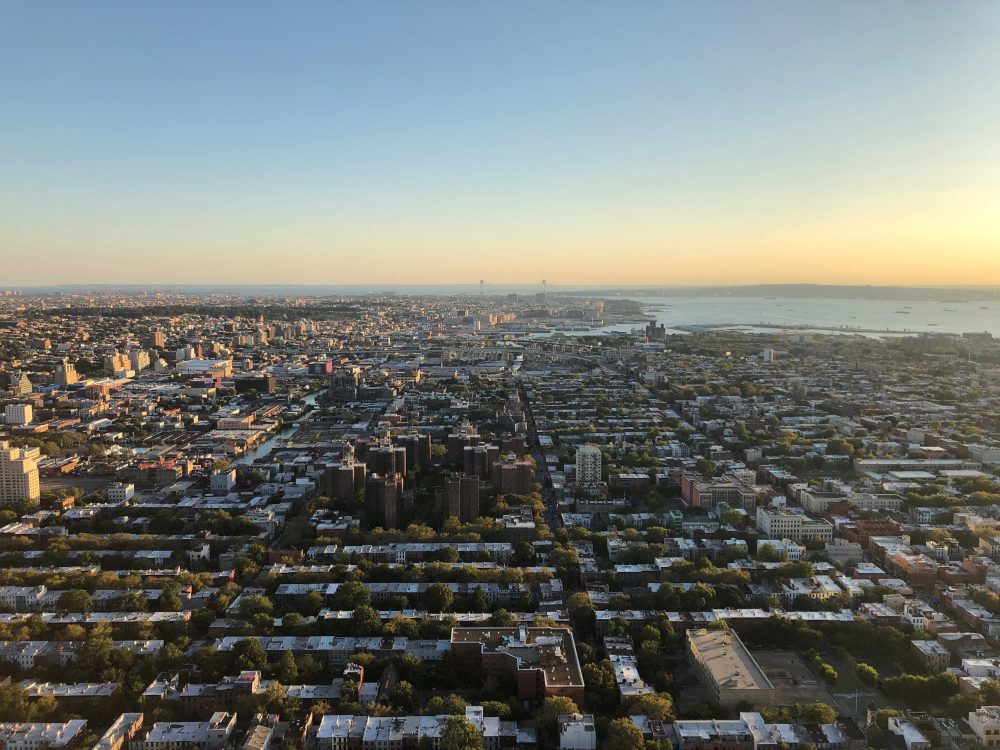 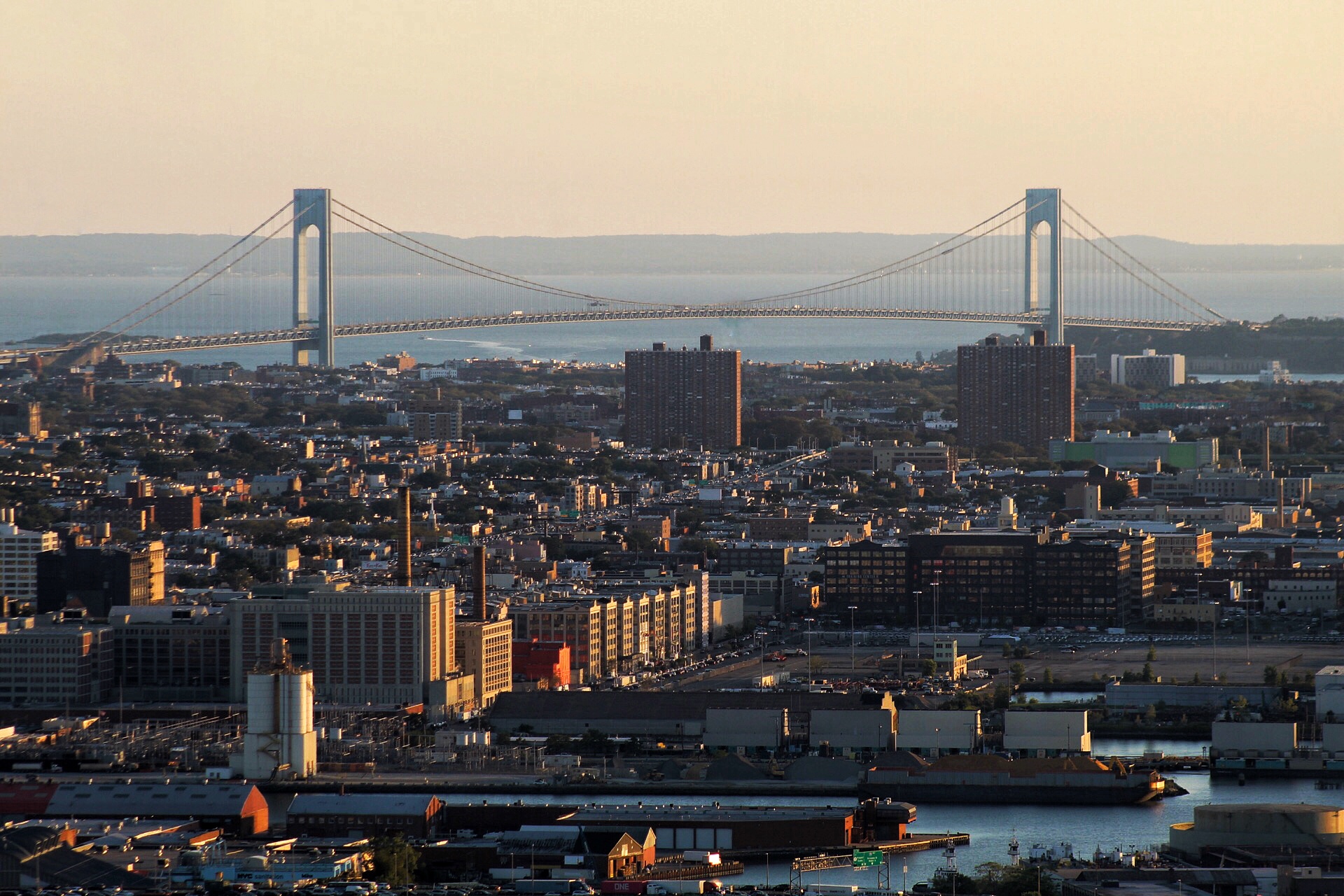 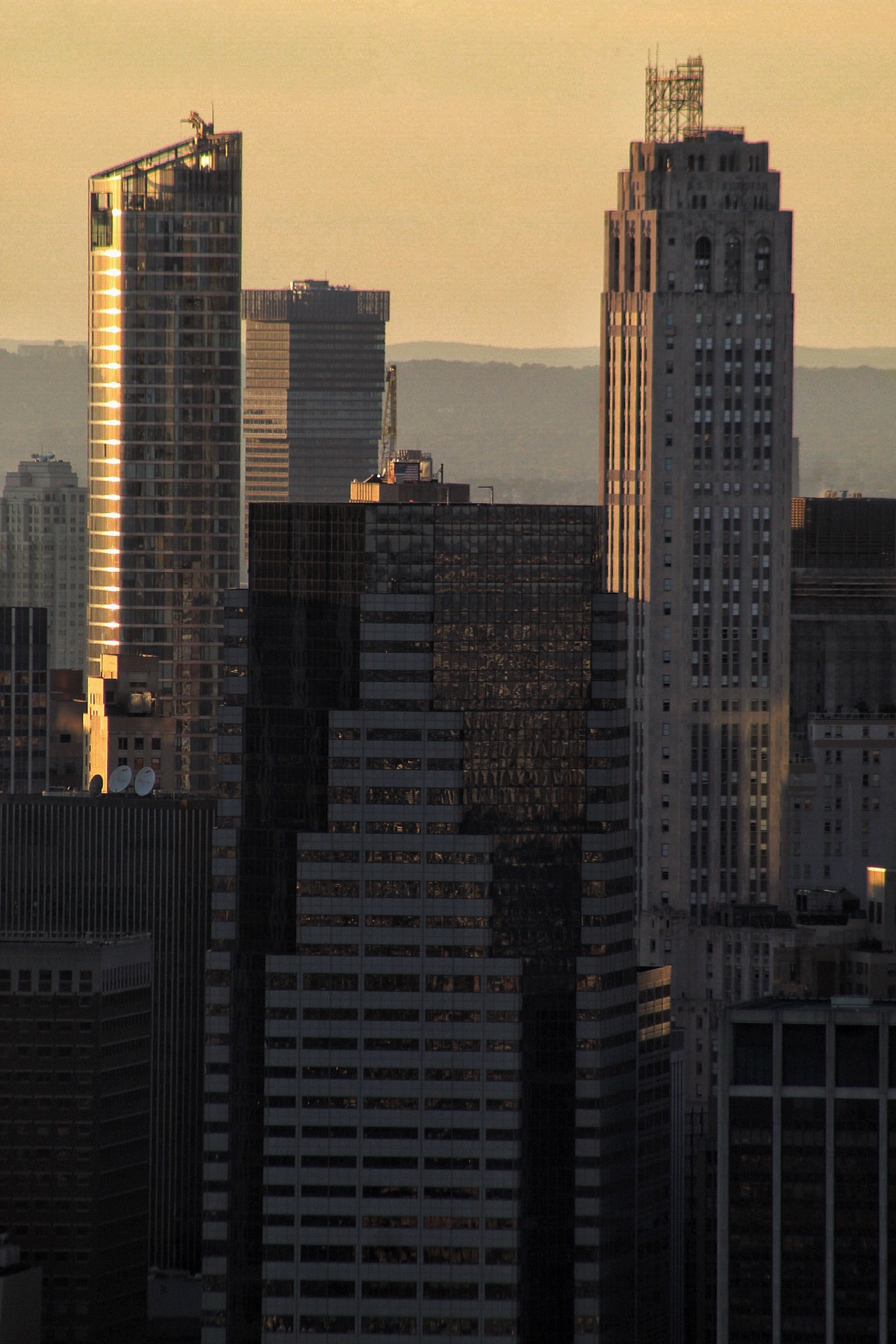 The Financial District and Jersey City in the background. Photo by Michael Young 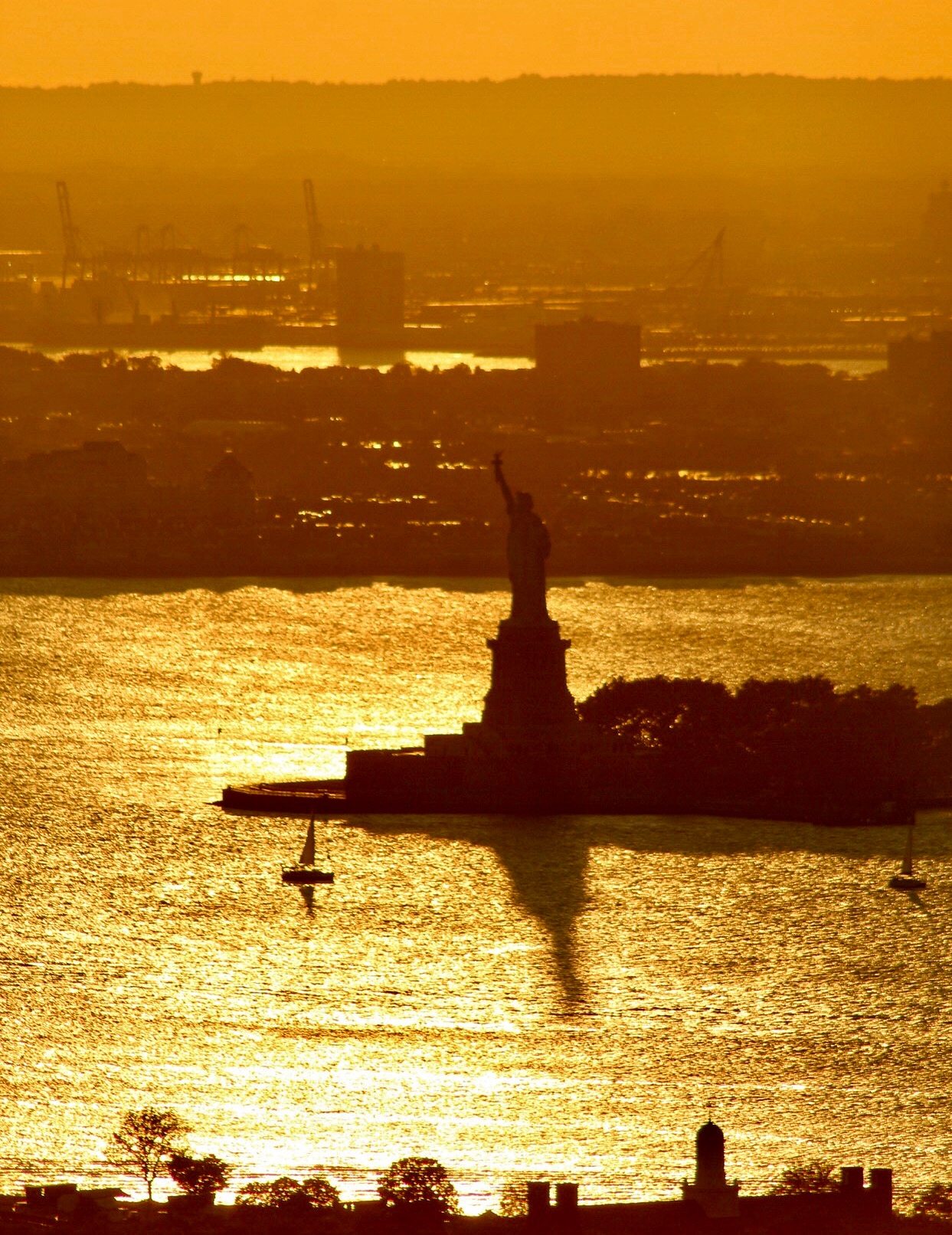 The Statue of Liberty. Photo by Michael Young 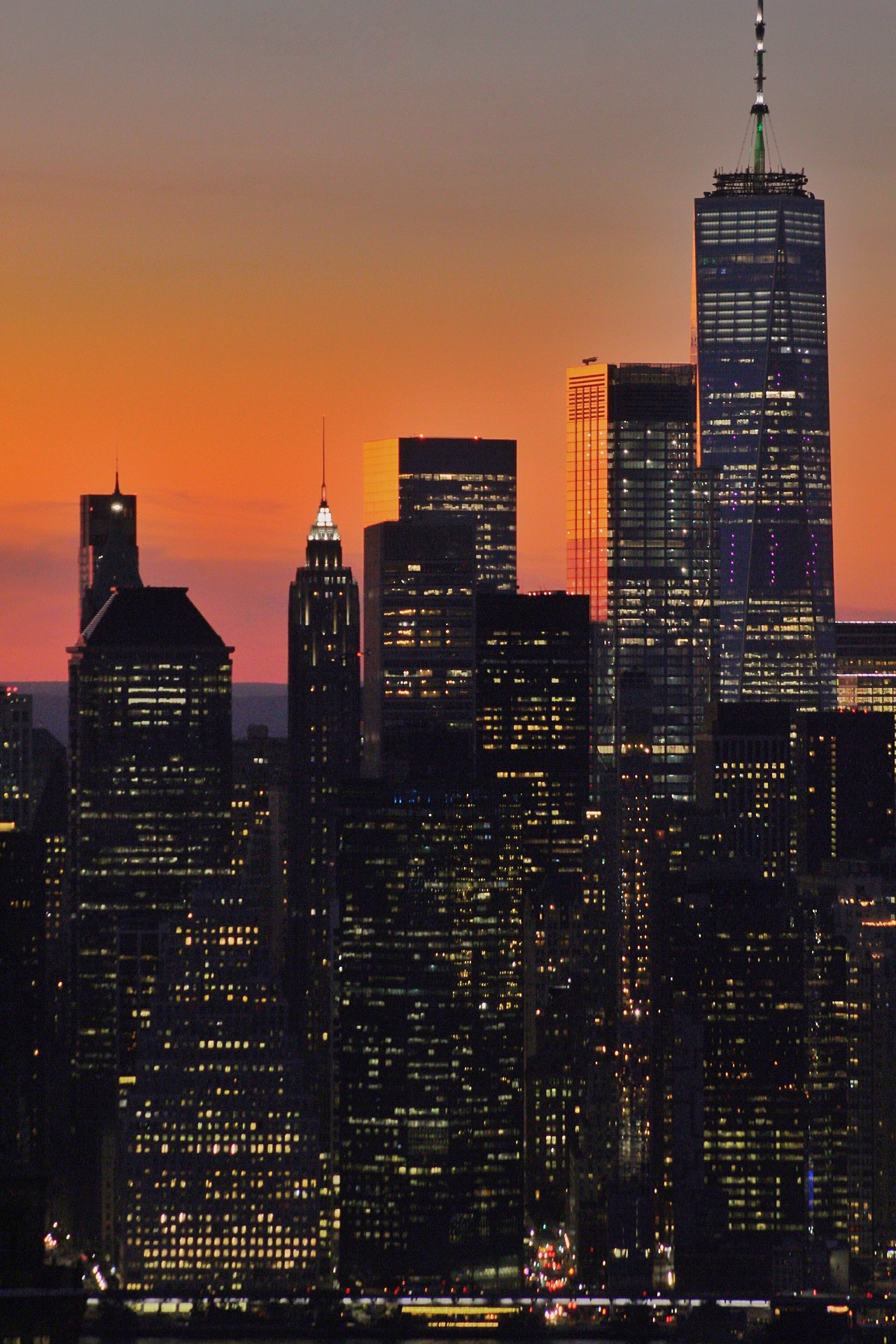 The World Trade Center by dusk. Photo by Michael Young 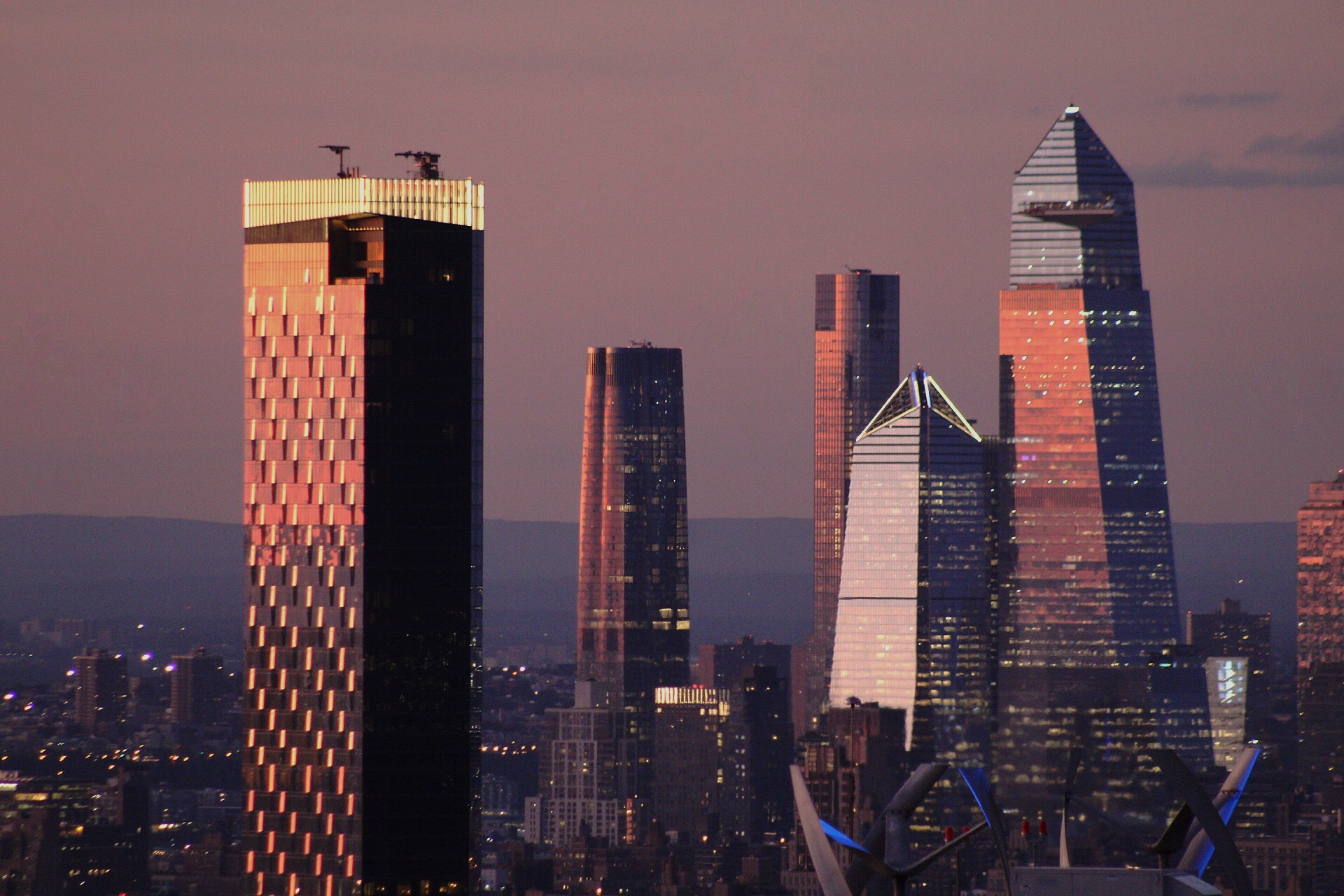 One Manhattan Square and Hudson Yards at dusk. Photo by Michael Young 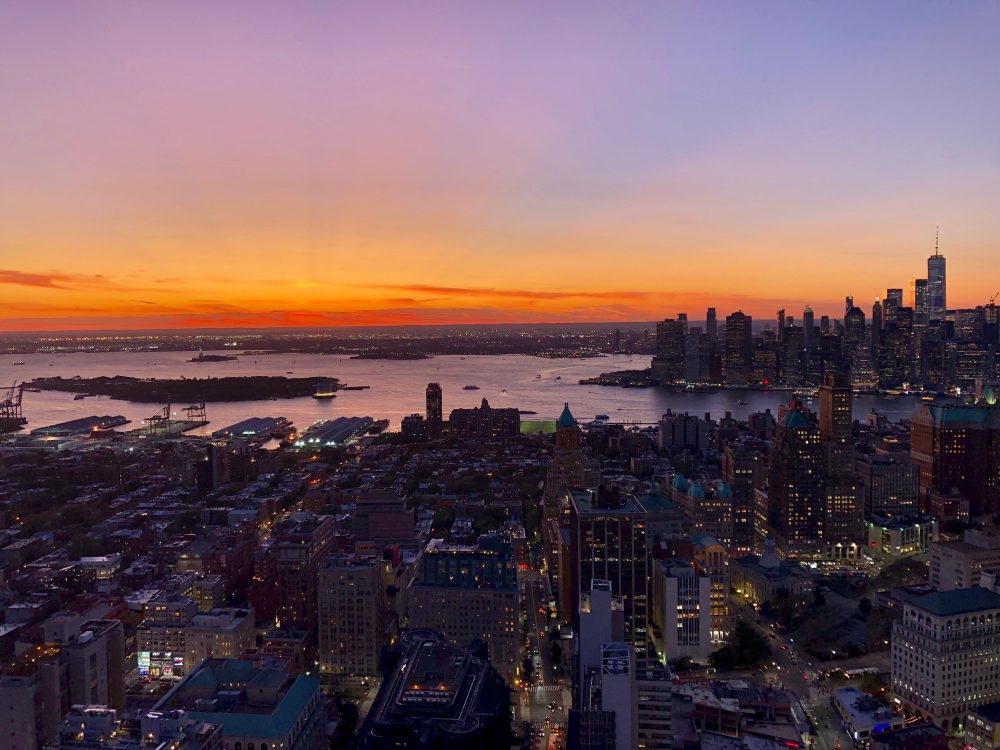 11 Hoyt Street will include 481 condominium units with 190 unique layouts designed by Michaelis Boyd Associates. The interior styles will be split between two Brooklyn-inspired palettes called Heritage and Classic. Prices for the homes start at $690,000 for studios and range upward of approximately $3,500,000 for a four-bedroom residence. Corcoran Sunshine Marketing Group is handling sales and marketing. The development includes 55,000 square feet of indoor and outdoor amenities such as the 32nd-floor Sky Club, the third-floor Park Club, Hollander Design’s elevated 27,000-square-foot private park, a fitness and aquatic center curated by The Wright Fit, a 75-foot-long saltwater pool, a squash court, men’s and women’s locker facilities, steam showers, a sauna, massage and relaxation rooms, and a yoga/group fitness studio.

Completion of 11 Hoyt Street is expected next year.