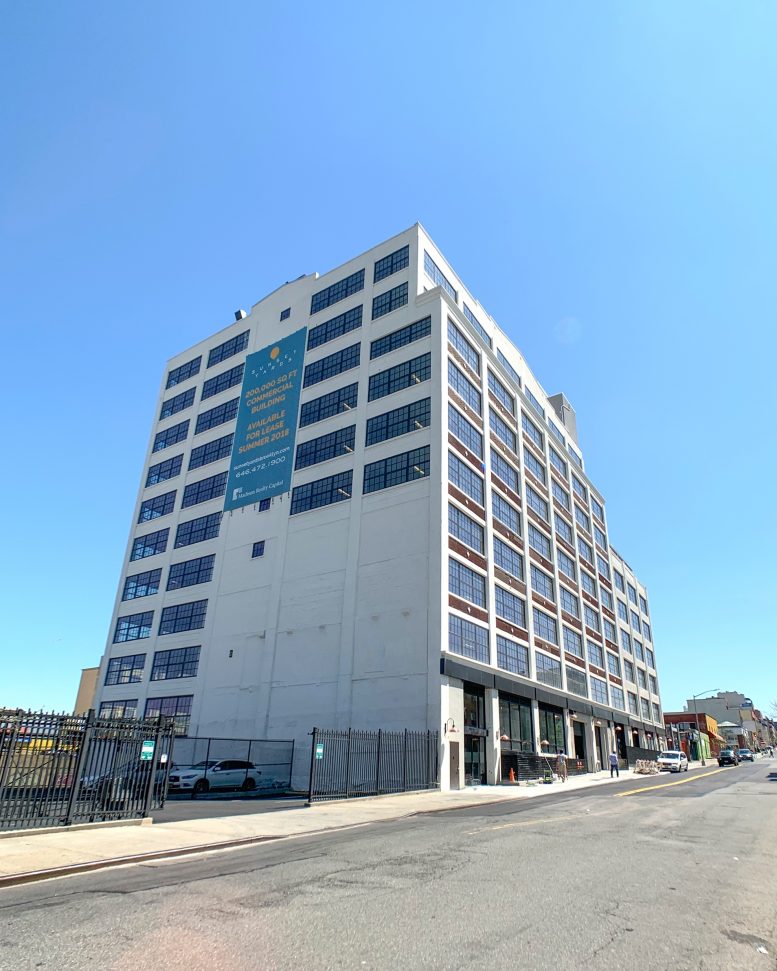 Recent photographs taken by Jakob Dahlin show the unobstructed views afforded by the 11-story structure, which is among the tallest structures in the neighborhood. 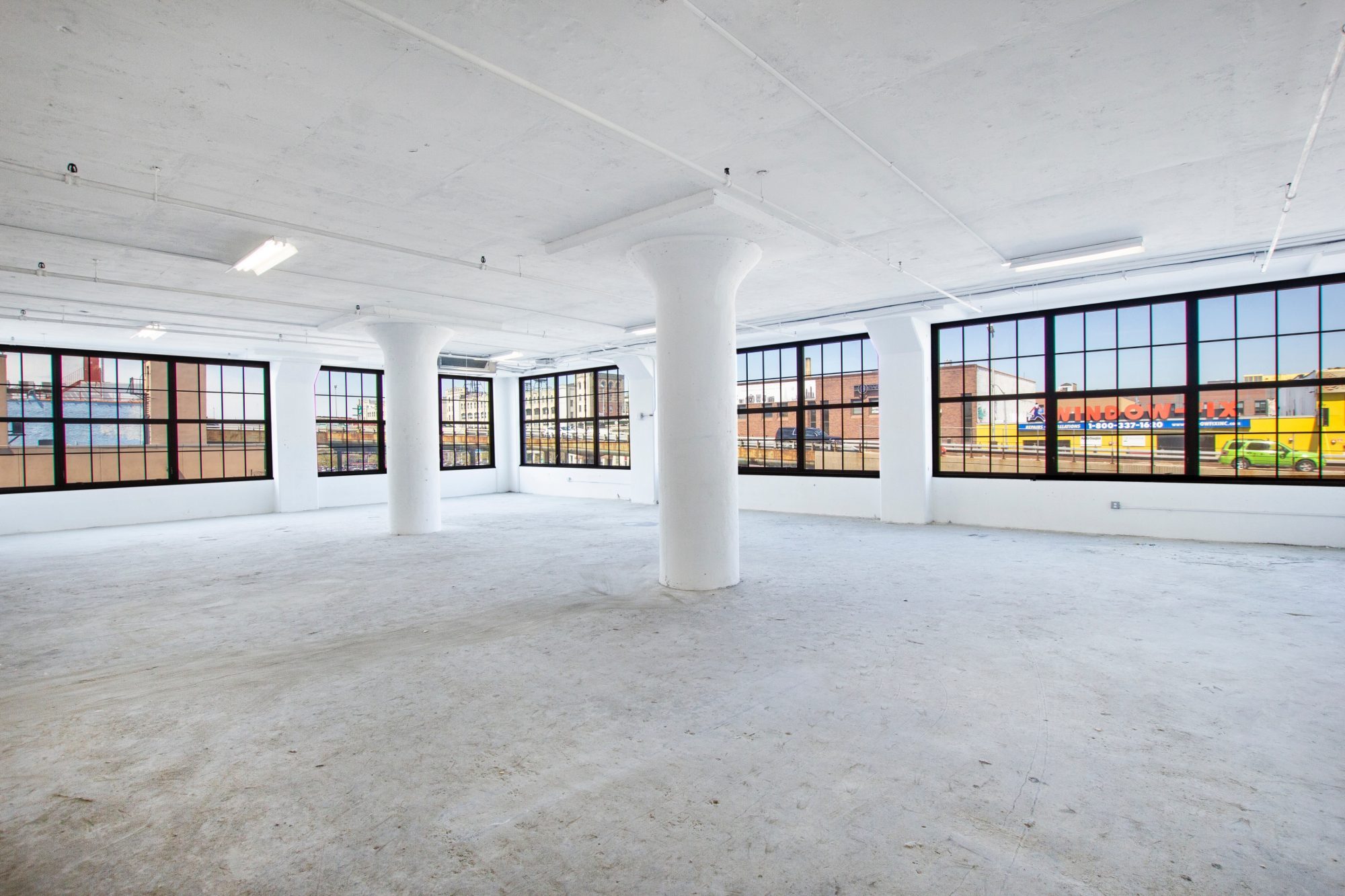 Large and bright interiors are accompanied by industrial-style windows. – Photo by Jakob Dahlin

Views from the top of the building show a 360-degree panorama of Brooklyn, Lower Manhattan, Jersey City, the Statue of Liberty, and the Verrazano Narrows Bridge. 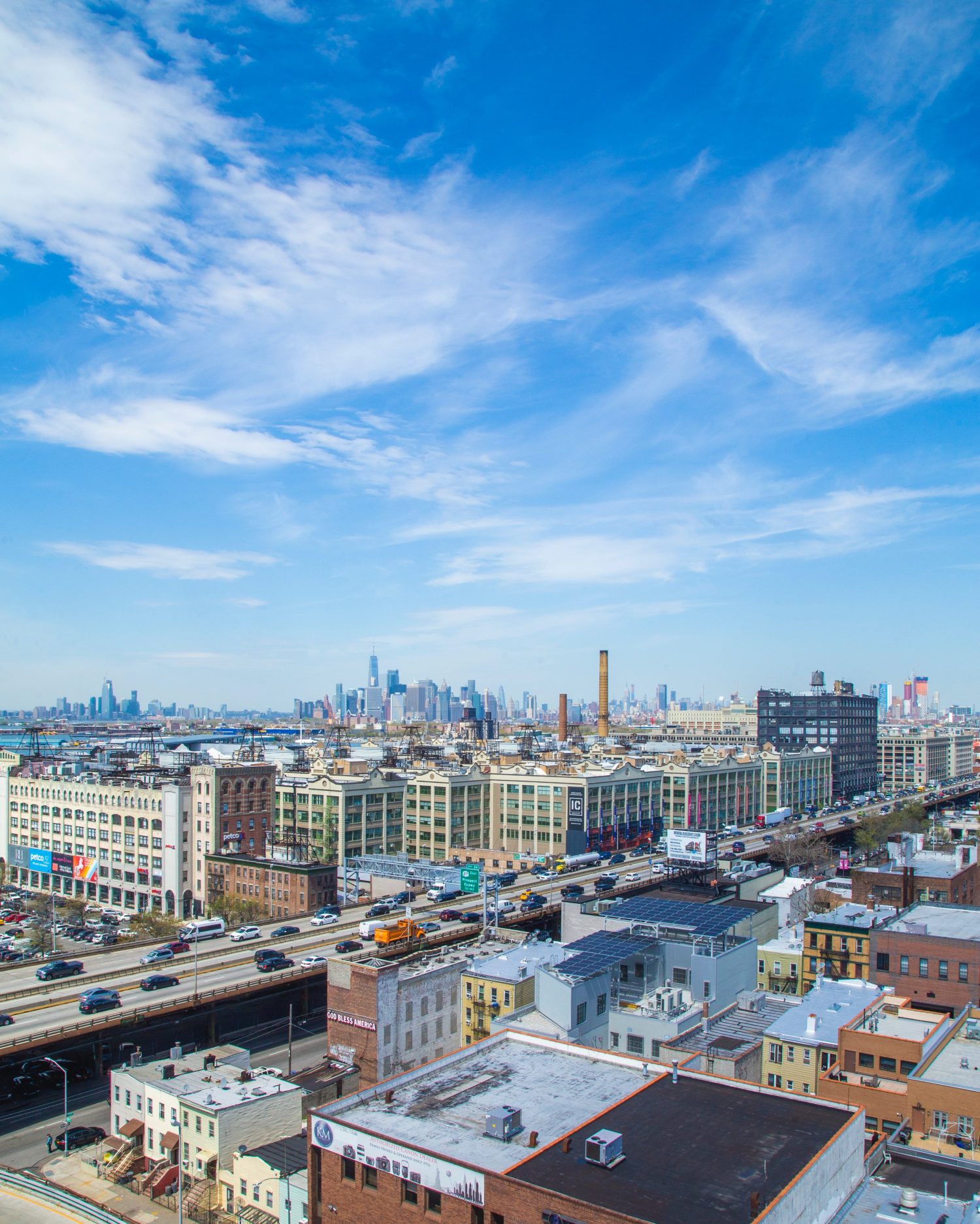 Lower Manhattan, Jersey City, and Brooklyn can be seen from the building. – Photo by Jakob Dahlin 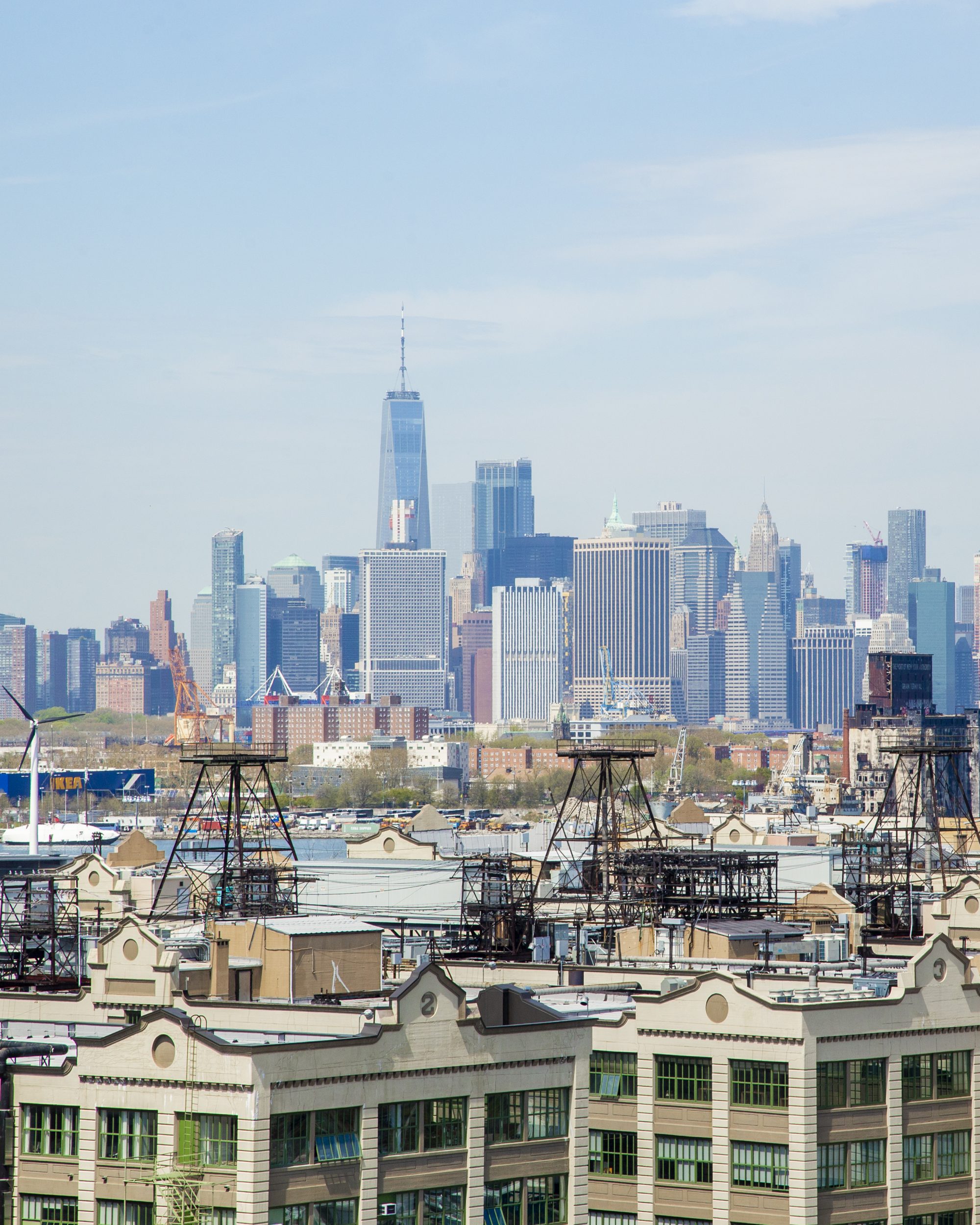 Close-up shot of the World Trade Center and the Financial District. – Photo by Jakob Dahlin 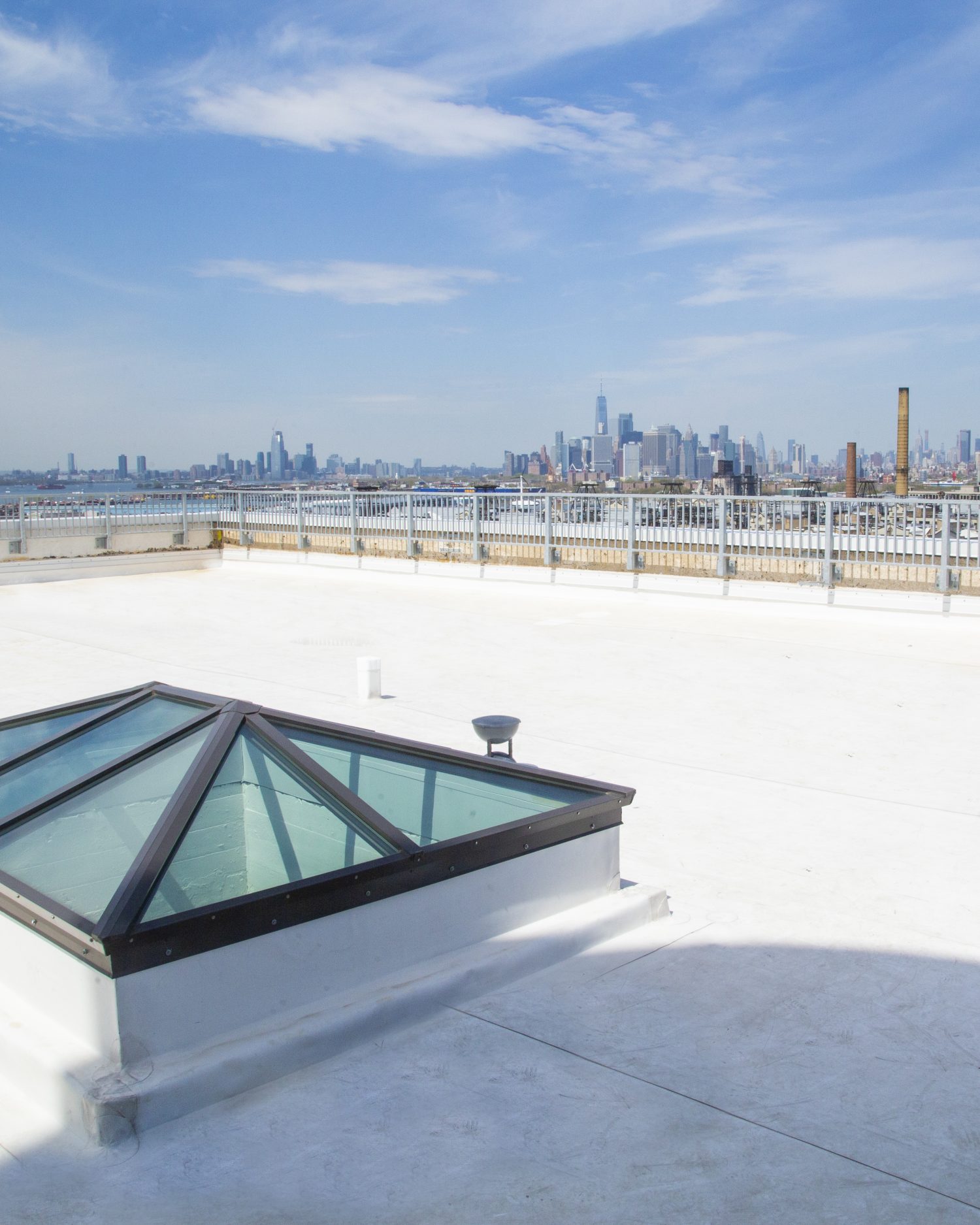 Skylights on the roof help bring in even more natural daylight into the top floor of the building. – Photo by Jakob Dahlin 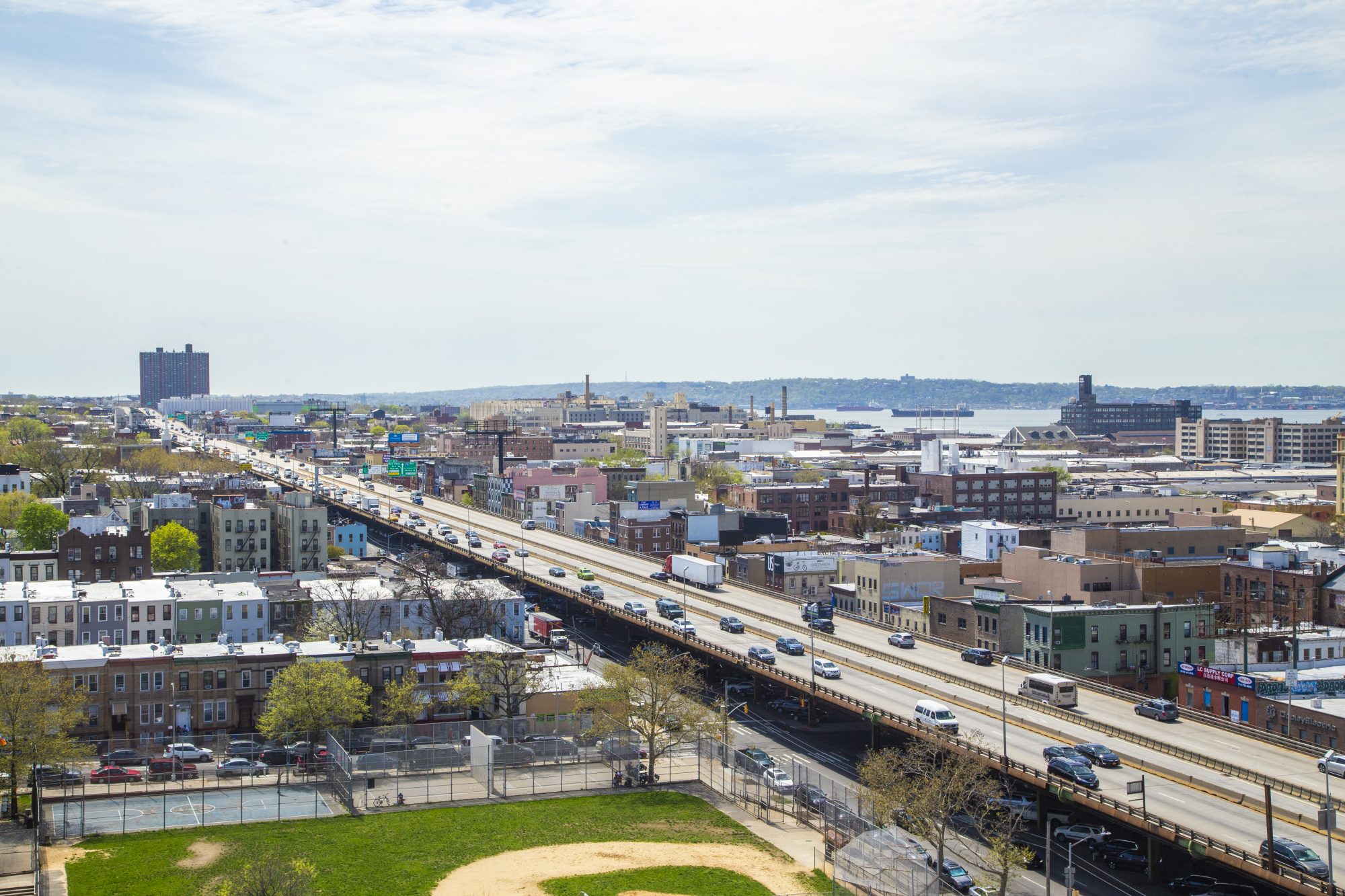 Looking west at the Gowanus Expressway and the New York harbor. – Photo by Jakob Dahlin 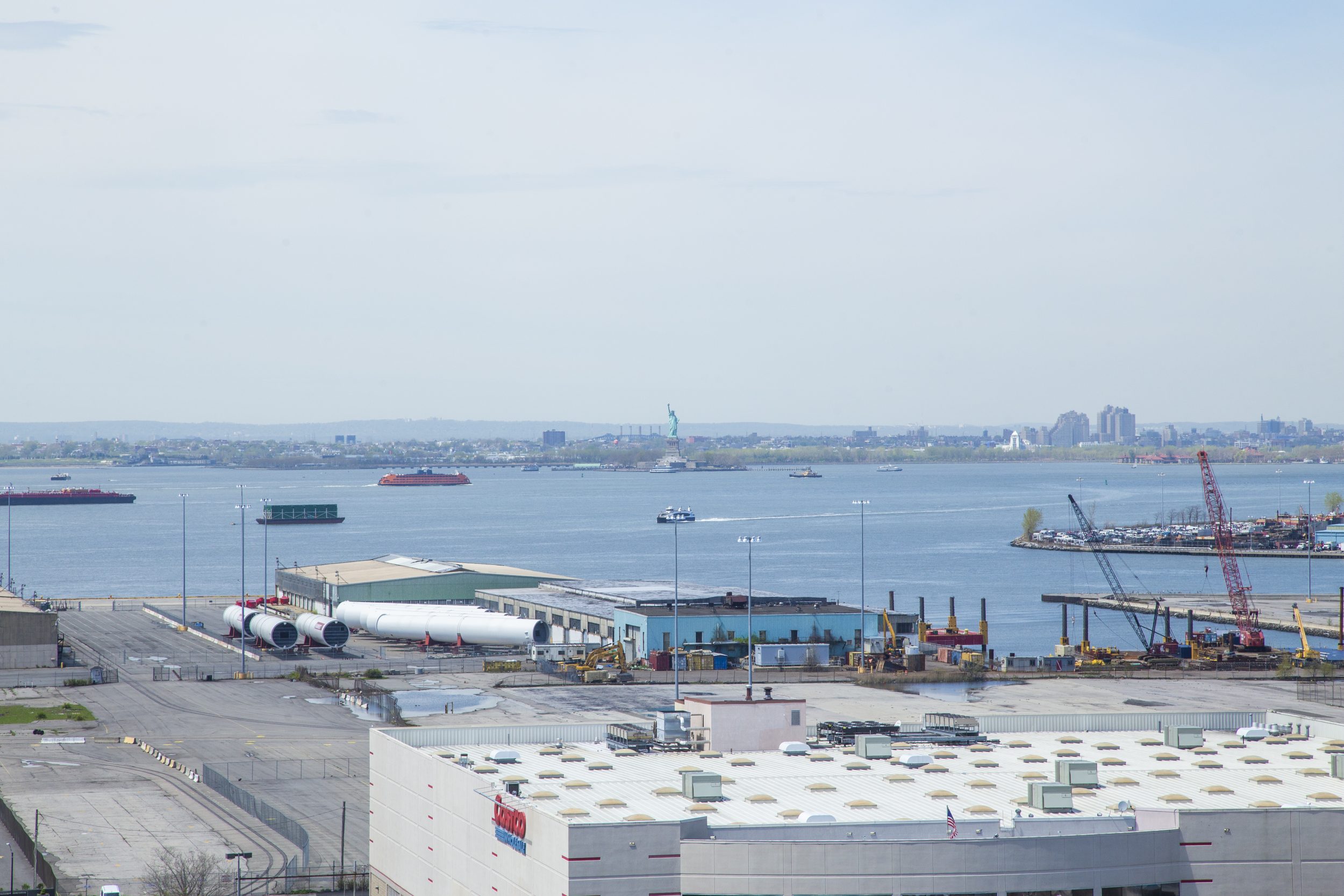 The Statue of Liberty – Photo by Jakob Dahlin

The structure’s former loading dock will function as an amenity space and provide parking for a rotating cast of food trucks during workdays. The area will also feature bicycle storage for office workers. Surrounding the ramps and the first-floor communal spaces are Mike Perry’s colorful works of art, which aim to capture the growing movement and energy of the neighborhood and New York City. 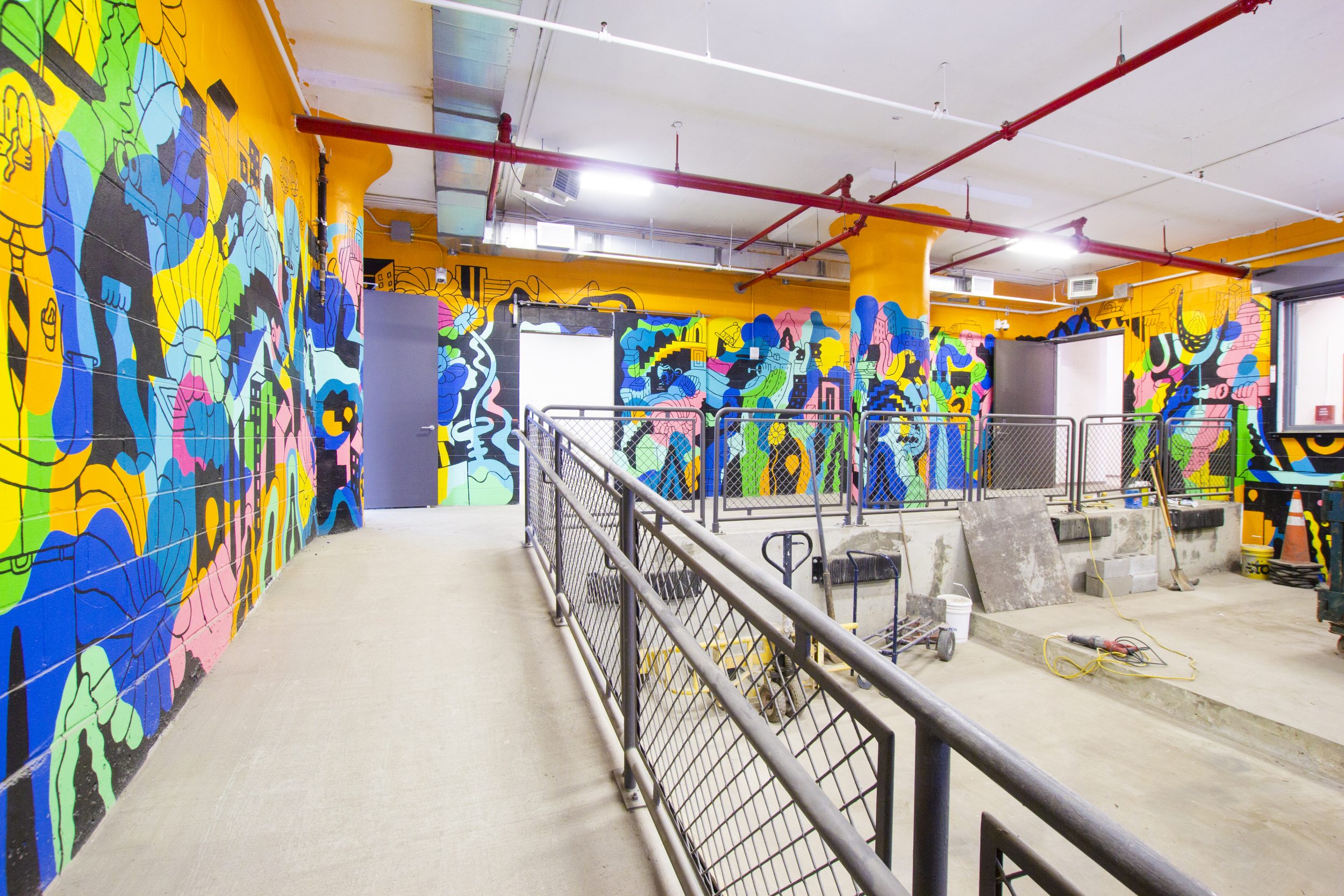 The closest subways are the D, N, and R trains at the 36th Street subway station. Sunset Park’s branch of the Brooklyn Public Library at 4201 Fourth Avenue sits three streets to the south. A variety of markets, retail stores, and places to eat can be found on the other side of the Gowanus Expressway at Industry City.