GE-T Architects have revealed proposals to renovate an existing, seven-story building at 29-31 Leonard Street, located within the Tribeca West Historic District. Silvera Properties reportedly purchased the property in 2018 for $24.5 million, and the submission will head to the City’s Landmarks Preservation Commission this week for review.

From the ground up, proposed renovations would include a new loading dock, an ADA accessible ramp, and a stairway at entrance areas facing Varick Street. The architects have also designed an elegant, mixed-material window wall to enhance the existing masonry facade. 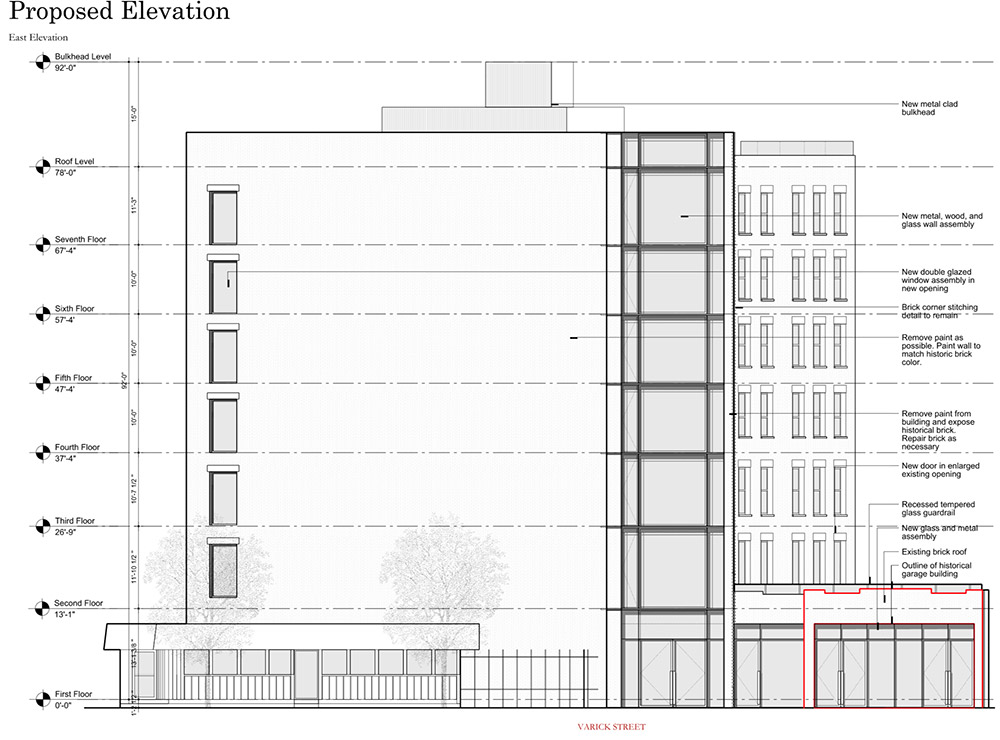 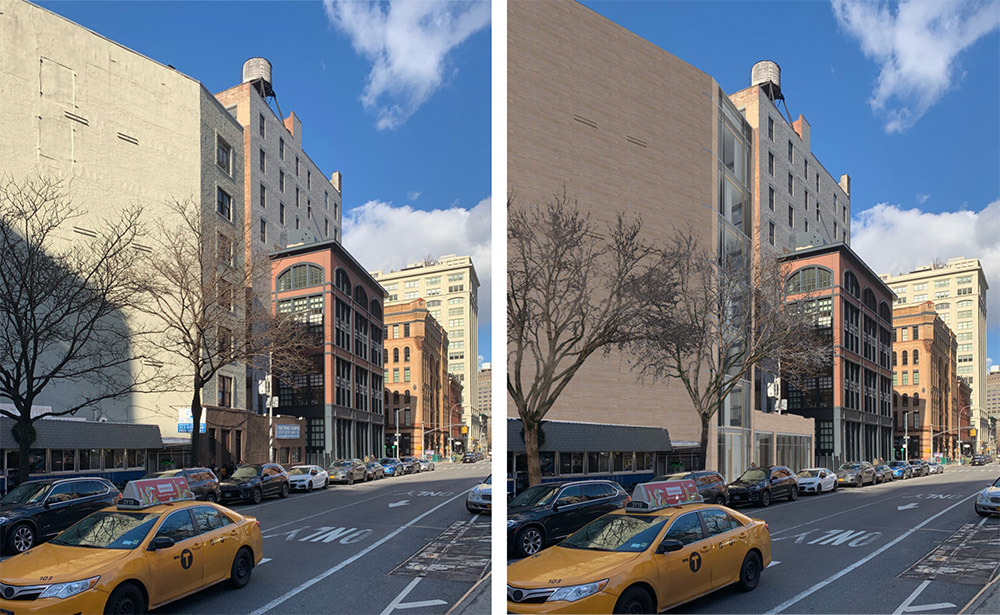 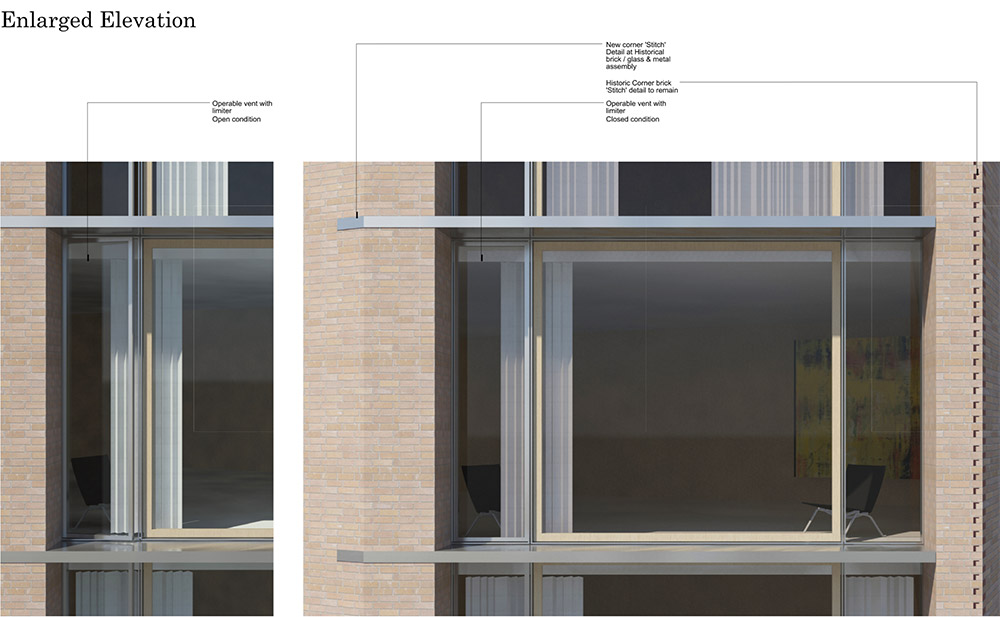 Along Leonard Street, the building would receive a new metal canopy with updated lighting, new signage, and the removal of all existing windows and fire escapes. Instead, the simplified facade would incorporate new double-hung windows and restored masonry elements. At the roof level, a new glass guardrail would also be installed. 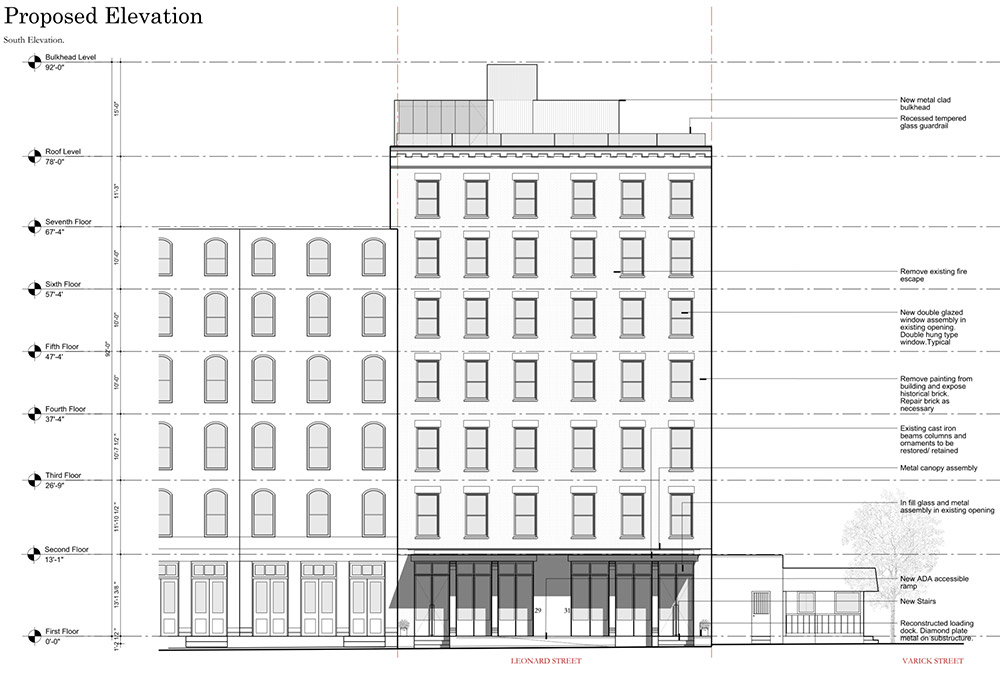 Residences would be positioned on levels two through seven including a large four-bedroom penthouse with private outdoor space. A typical residential floor would include two units, measuring 1,886 square feet and 1,733 square feet. These units would also include private balconies.

Residential amenities include communal lounges at the ground floor and rooftop levels, a fitness center, children’s playroom, and a storage area.

2 Comments on "Renderings Revealed for Mixed-Use Development at 29-31 Leonard Street, in the Tribeca West Historic District" 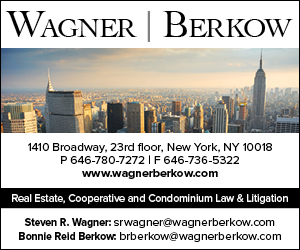