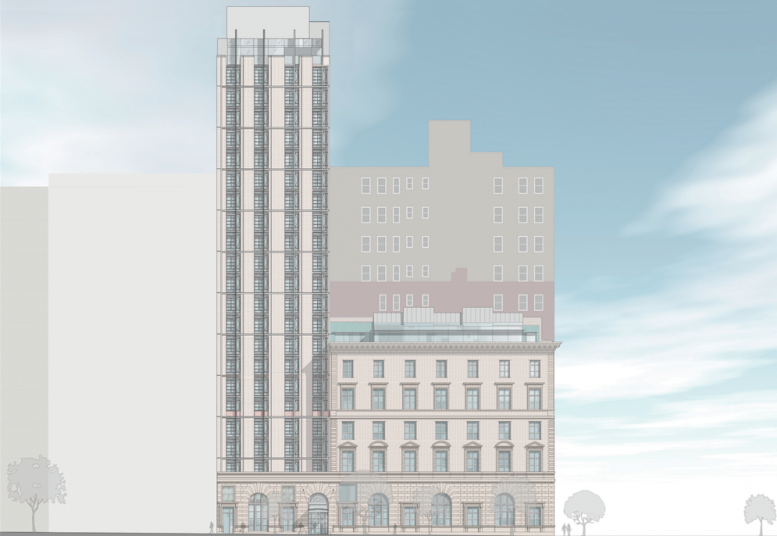 A weave of scaffolding and black netting has now shrouded the exterior facade of a former office building at 250 Fifth Avenue, which will soon be reborn as a hotel. The site is in NoMad, between West 28th Street and West 29th Street. With the facade designated as a landmark within the Madison Square North Historic District, the original five-story McKim, Mead and White structure, completed in 1907, will be part of the conversion that also calls for a new 23-story tower to the west of the original 111 year-old structure. 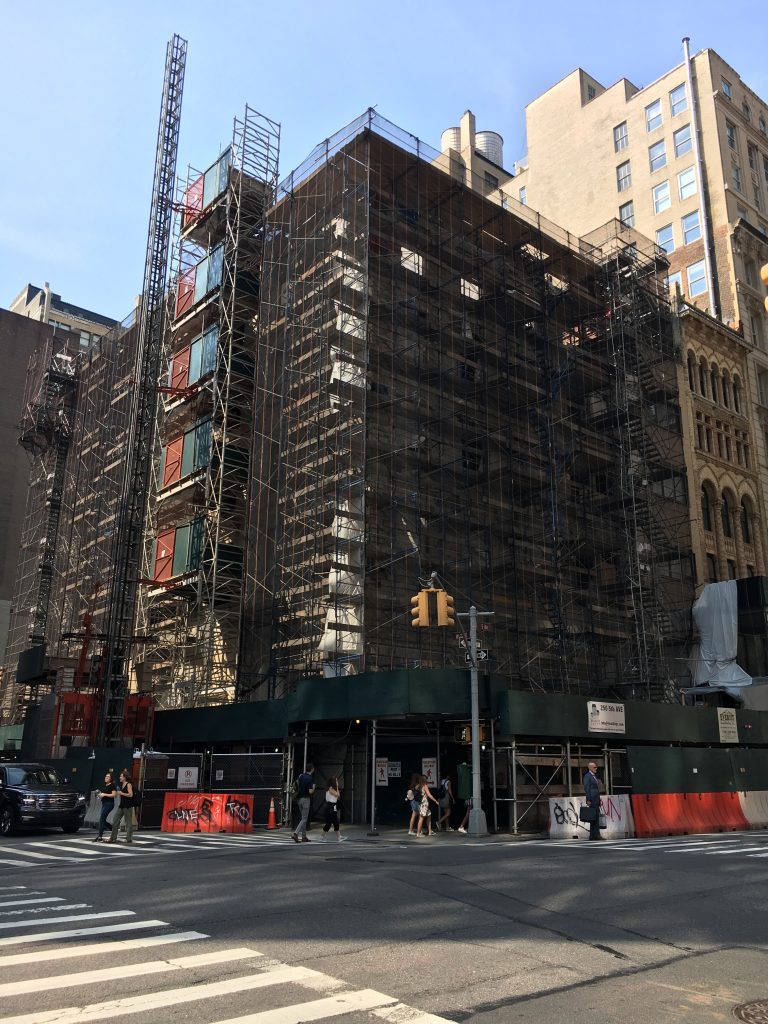 The designer of the new 230-foot tower was done by Charles Platt of Platt Byard Dovell White Architects. Perkins Eastman is the architect of record and Empire Management is the developer of the project. The facade for the new hotel will adapt and emulate the contextual and architectural idea of the original five-story building, with light-colored precast concrete stones and vertical bands of closely spaced windows that run the length of its exterior.

The main tower will be set back 15 feet from West 28th Street, and 20 feet behind the north side of the property line. A final setback at the top of the building will create a nearly 15-foot deep outdoor terrace on the north and south elevations. 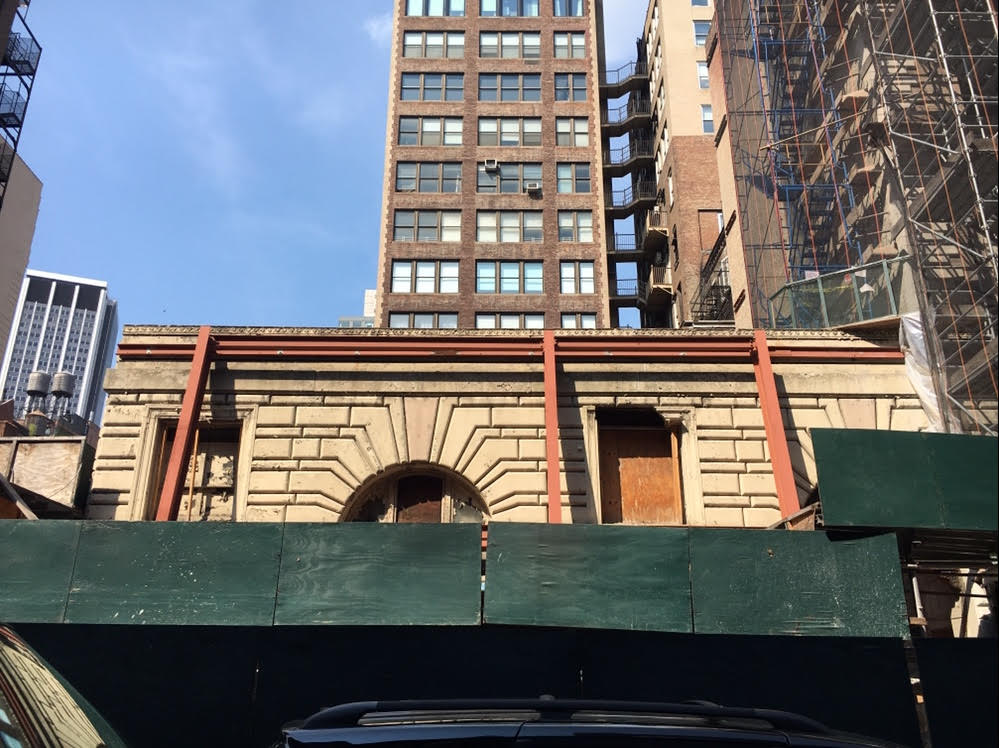 The preserved one-story exterior facade that will be part of the 23-story addition set back 15 feet from West 28th Street, photo by Michael Young

The site for the new tower is already cleared, and while work on excavating and construction of the foundations has yet to start, activity at the site itself is active and ongoing. When complete, the entire complex will have 104,000 square feet of space.

The first two floors will have the main lobby, a cafe/restaurant, and a library, while hotel rooms will reach all the way up to the 23rd floor above, totaling 188 in all. On the ninth floor, there will be an outdoor terrace and bar, while the top of the 23-story building will have an event space with additional outdoor terraces overlooking Madison Square Park and the surrounding skyline.

The estimated completion date was originally September of 2018, but the project will most likely be finished sometime by early 2020.