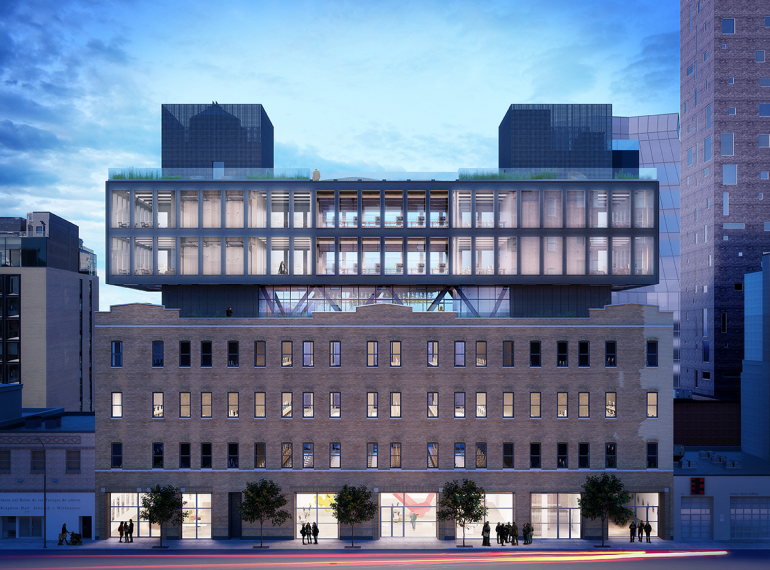 As if the High Line is not already filled with enough unique and interesting structures that stretch the nearly 1.5 mile long public park, another interesting building is under construction, and rising off the ground. Located at 520 West 20th Street on the western side of the High Line, the future site of, “The Warehouse,” designed by Morris Adjmi and developed by Elijah Equities, has been making good progress in the West Chelsea neighborhood. 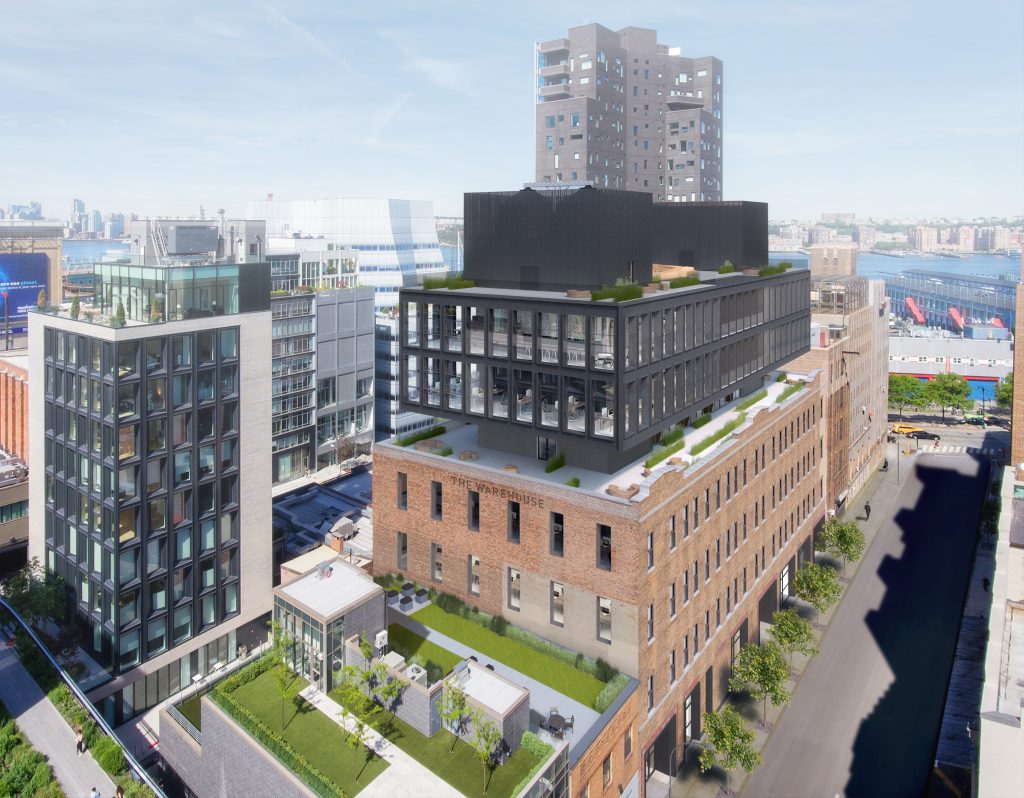 Seen in the featured image, the design calls for the preservation of the original brick facade to be used in the new construction of a three-story addition above the main 50-foot structure, capped with a terrace, bringing the total height of the project to 105 feet and seven stories. The new constructed space will sit and cantilever above the main building terrace, and have wrap-around glass that faces the High Line and the Hudson River.

Two elevator and egress cores will be used to structurally support and architecturally obtain the impression of a floating glass box above the original brick and mortar building. This will be more apparent when standing both on the High Line and at street level, where the cores are set back far enough from the cantilever to be visually hidden from pedestrians and onlookers. 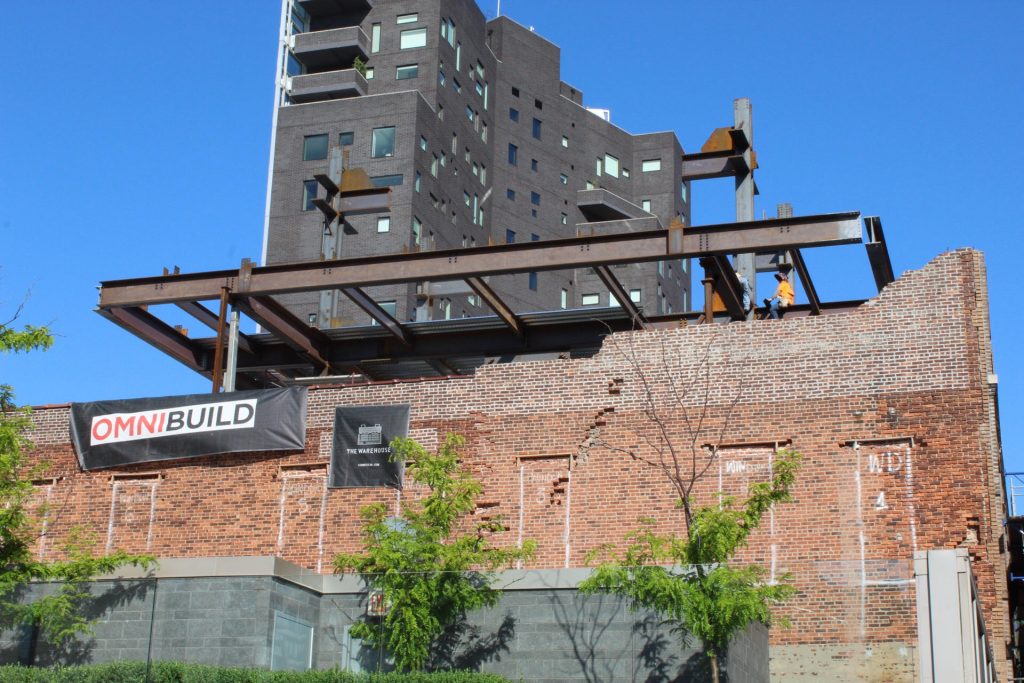 As of now, construction on the new three-story addition has already commenced, with the steel reaching the interior section of the seventh floor. The brick wall has been readily marked with spray paint to denote the future placement of windows, along with sections of the top wall ready to be demolished. The roof of the project will have a terrace that can be used by the occupants.

No completion date has been announced, though sometime from early to mid-2019 is a reasonable estimate.

3 Comments on "“The Warehouse,” Designed by Morris Adjmi, Rising at 520 West 20th Street in West Chelsea"