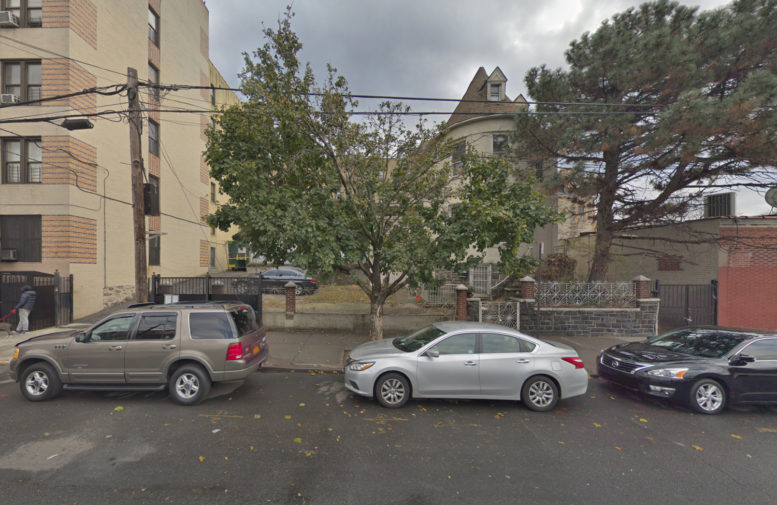 Permits have been pre-filed for a nine-story mixed-use building at 1182 Woodycrest Avenue, in Highbridge, The Bronx. The site is five blocks away from the 167th Street subway station, serviced by the 4 train. Three blocks further is a station serviced by D trains. An anonymous LLC is listed as responsible for the development.

The 90-foot tall structure will yield 41,200 square feet, with 36,800 square feet dedicated to residential use. 45 apartments will be created, averaging 820 square feet apiece, indicating rentals. Eight parking spots will be included on site. An unspecified community facility will be included in the cellar. Tenants will have a laundry room, lobby, and recreational space on the first floor and rooftop.

Crown Architecture is listed as responsible for the design.

Demolition permits were filed in April to clear the site of a three-story building and two metal garages. The estimated completion date has not been announced.

3 Comments on "Permits Filed for 1182 Woodycrest Avenue, Highbridge, The Bronx"

Permits Filed for 128 West 167th Street in Highbridge, The Bronx