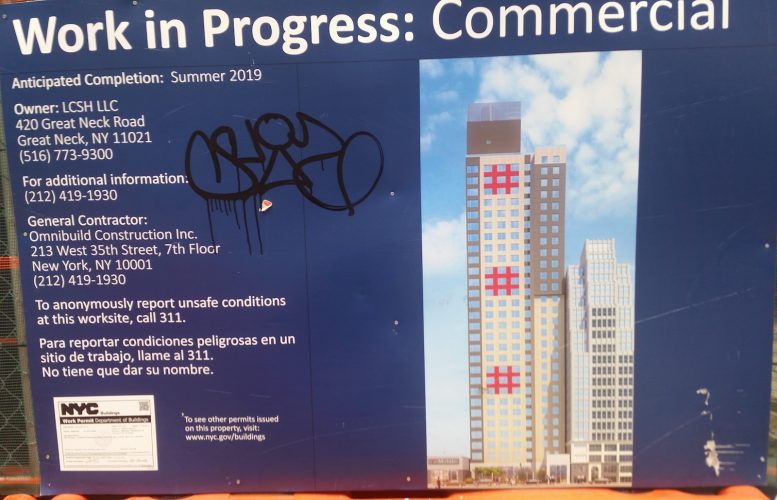 A White Castle that has now been demolished will not be the worst thing to have ever occupied 525 Eighth Avenue, which YIMBY reported on back in October of 2016, when permits were filed for a 24-story hotel designed by Gene Kaufman Architects. Revised plans approved in August show a slight increase in the height, to 26 floors, and today, we have the reveal for what the project will look like. 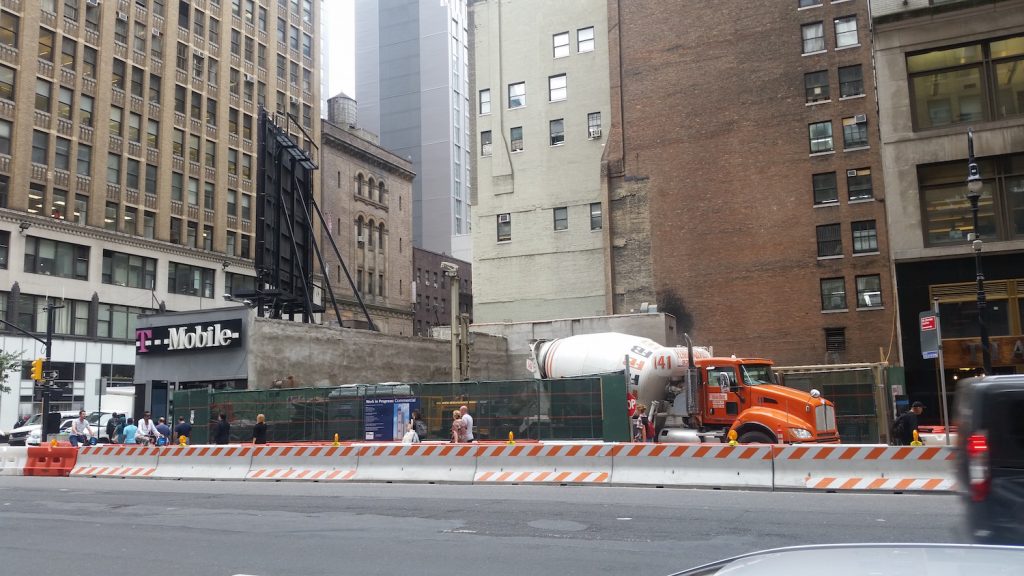 The site spans from 523-529 Eighth Avenue, and is buzzing with activity. Existing structures have been demolished, and concrete trucks are already pouring away.

The new building will have a total construction area of 92,021 square feet, within which, there will be 73,538 square feet of commercial space, divided amongst 261 hotel rooms. The building applications show the 26-story structure will stand 280 feet to the top of its bulkheads.

Design-wise, the on-site reveal is roughly what is typically expected for new hotel development west of Seventh Avenue in the mid-30s. The blocks spanning west to Ninth Avenue host some of the most harshly unforgiving contemporary architecture in the country, and like so many of its neighbors, 525 Eighth Avenue’s envelope will be rather withdrawn from the sidewalk, thoroughly gouging  any potential contribution to the street-wall. Naturally, the exterior will also be garishly patterned, with big splotches of red doing their part to mix things up further.

McSam Hotel Group picked up the site in June of 2016 for $27.1 million, and completion of the new building is expected by Summer of 2019.