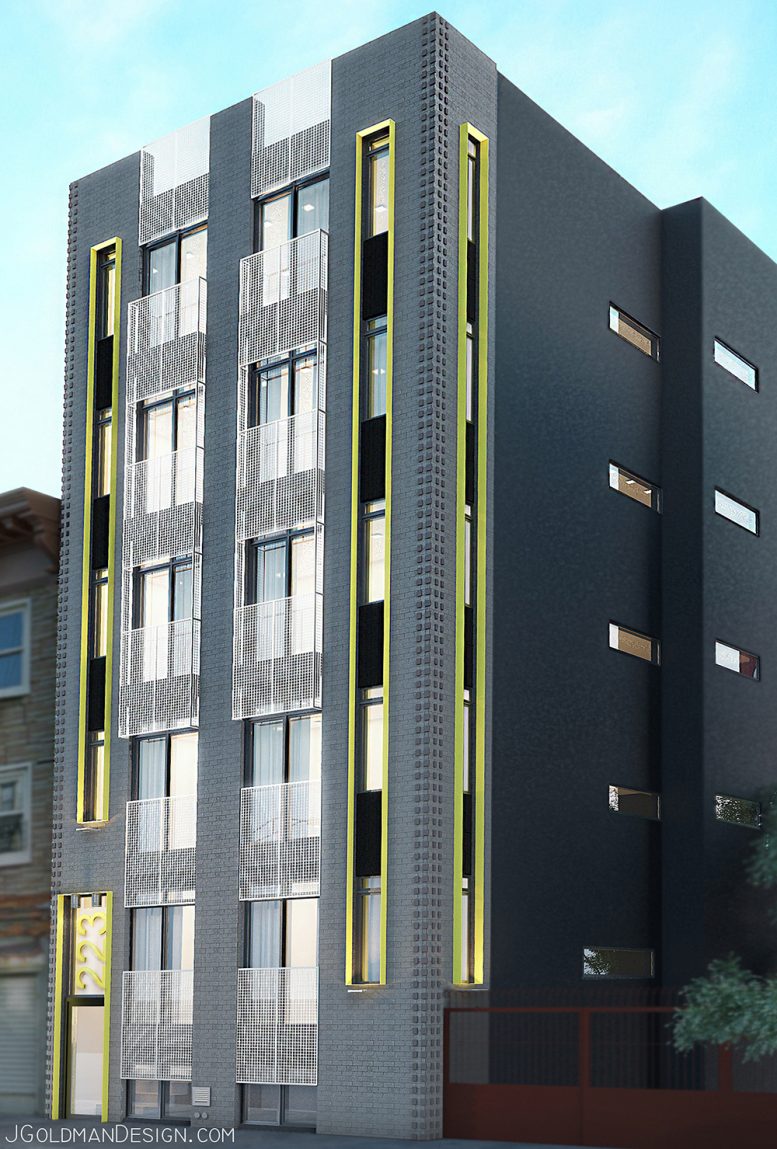 In early 2015, YIMBY reported on the first filings for a new development at 223 Manhattan Avenue, in Williamsburg, Brooklyn. Those filings were updated under the site’s new owner in August of 2016, and now, we have the reveal for the building, which is being designed by Joshua Felix of BEAM Group.

The site is being developed by Sol Ekstein, under 223 Manhattan Avenue LLC. The five-story building will have a residential floor area of 6,819 square feet, to be divided between 10 units, with the per-unit average of 681 square feet indicative of rental apartments.

While the unit average may be relatively small, the plans appear to follow the creative tact taken by many architects and developers in Brooklyn, offering split-level apartments with enormous ceiling heights in their living rooms, and lofted bedrooms up above or adjacent.

Besides the creative configurations of the new apartments, the building will also offer an attractive facade, with Juliet balconies facing Manhattan Avenue, and yellow accents lining the windows. The structure’s envelope will be flush with its neighbors, enhancing the block’s urbanity, and improving on the predecessor, which was slightly dilapidated in its appearance, and will not be missed. 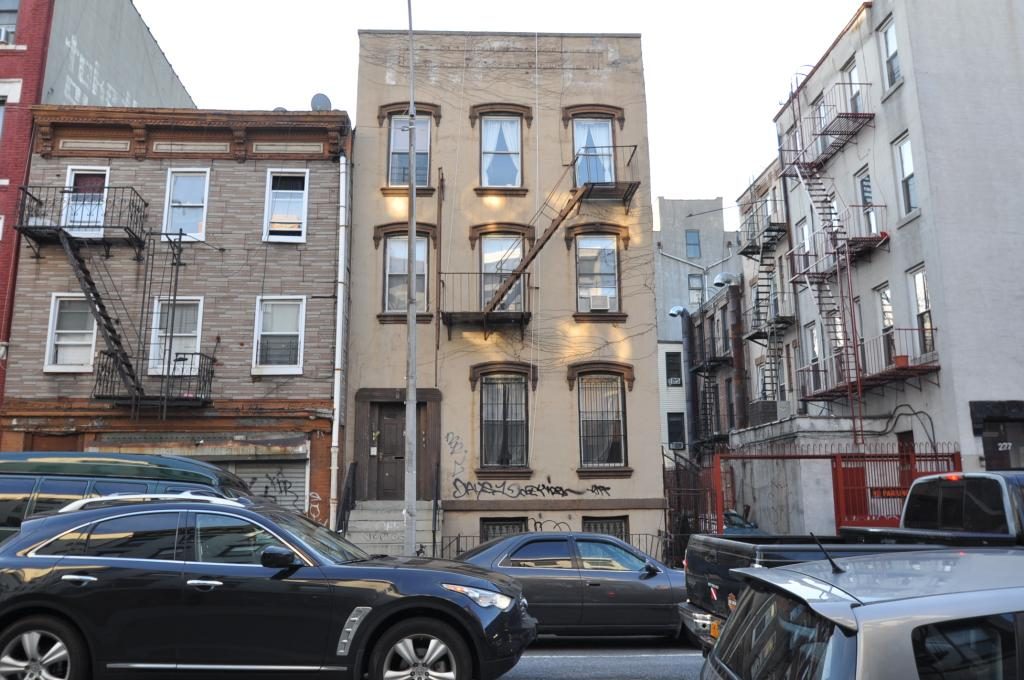 Demolition permits for the existing three-story building were filed in November of last year, and while no formal completion date has been announced, a 2019 estimate would be reasonable.