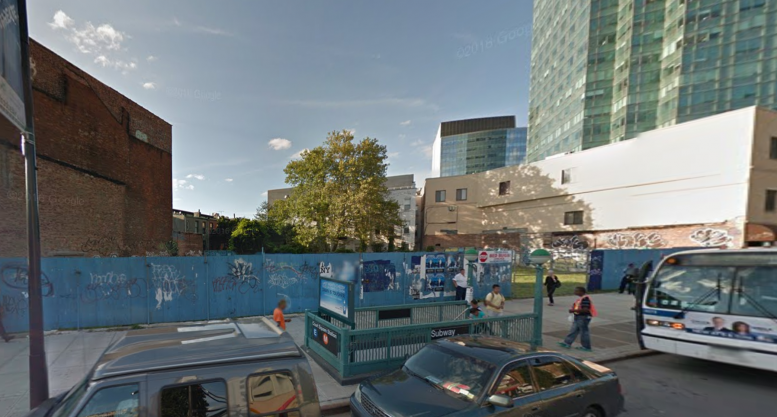 Japanese budget hotel operator Toyoko Inn Co. is planning a huge hotel in Long Island City. The company has filed applications for a 50-story hotel—its first one in the U.S.—at 24-09 Jackson Avenue, between 45th Avenue and 23rd Street.

The sizable building would fill a long-vacant lot right next to the Court Square subway station, where future travelers will be able to catch the G, 7, E and M trains. Residential towers are rising on the former 5 Pointz site right across the street, and the ODA-designed, cube-tastic rental building at 22-22 Jackson Avenue is down the block.

The hotel would reach 514 feet into the air and hold 260,857 square feet of commercial space. The plans reveal that there will be 1,260 hotel rooms.

A five-car garage and lobby would occupy the ground floor, followed by 54 rooms apiece on the second through eighth floors, and 21 to 22 rooms on each of the remaining stories.

Toyoko has been planning a hotel in New York City since 2010, when it announced plans for a 640-room hotel in Long Island City. The hotelier spent $18.2 million on six lots along Jackson Avenue in 2007, and then shelled out another $8.2 million two lots next door in 2014.