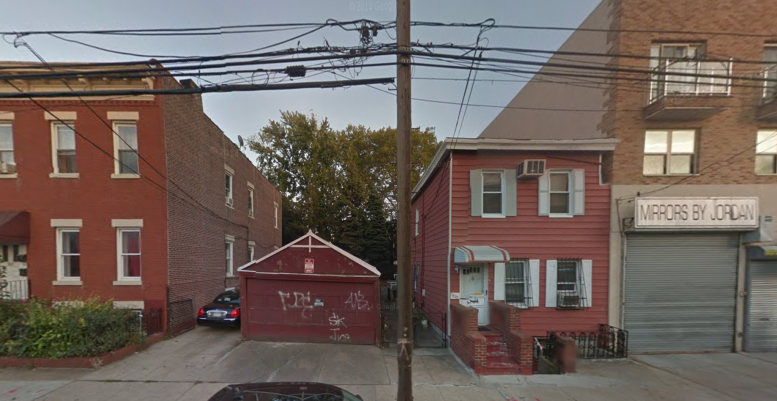 Brooklyn and Queens may already have more hotel rooms than they need, but developers keep building hotels in Long Island City.

Last week’s crop of filings brought plans for a five-story hotel at 38-23 38th Street, between 38th and 39th avenues in the Dutch Kills section of the neighborhood. The building would replace a little two-story wood-frame house with a garage, a few blocks from the 39th Avenue stop on the N and Q trains.

The new building application is unusual and possibly incorrect. Hotels typically include some commercial space, but the filing only lists residential and community facility space. This block is also zoned for low-density development, and new construction is capped at three stories. These plans call for five floors.

If the building goes forward as planned, it would have 1,400 square feet of medical offices on the ground floor and 9,874 square feet of residential space. Thirty-five hotel rooms would squeeze into the “residential” portion, for an average room of 280 square feet. The development would also include two parking spots, although none are required.

The developer is Flushing-based Young Ho Pae, and engineer Nanik Massand, of Hollis Hills, applied for the permits.

This little hotel will enter an extremely crowded hotel market, both in Queens and across the city. 178 hotels and 29,961 rooms are currently in development citywide, according to data given to the Observer last month, and 48 of those hotels are slated for Queens.

Hotels located off the beaten path sometimes struggle to fill rooms. “Some [hotels] will probably, I hate to say it, be converted into homeless shelters,” Robert Mackay of the Queens Economic Development Corporation told the paper. The Verve Hotel near Queens Plaza became a homeless shelter last fall. A boutique hotel in Bushwick started renting rooms to the homeless before it even opened in December.

As room rates start to fall, we hope this hotel doesn’t join the ranks of scatter-site homeless shelters too.