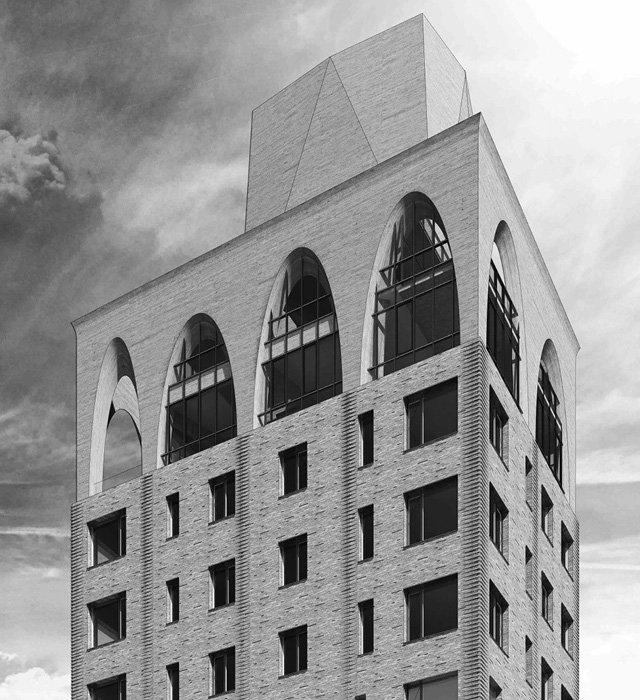 Back in August, YIMBY reported on the first permits for a new building coming to 1558 Third Avenue, on the corner of East 88th Street. DDG was behind the filings, and the firm designs the bulk of their projects in-house as well. And now, we have the first renderings for the 31-story tower, though plans are not yet final.

The DOB filings reveal a total construction area measuring 151,458 square feet, and split between the 44 apartments listed on filings, that yields an average unit size surpassing 3,000 square feet. The palatially-sized homes will have ceiling heights to match, and even though the tower will only have 31 floors, it will stand 469 feet to its roof. HTO Architects is listed on the permit as the architect of record, but as mentioned, DDG does most of their design work in-house. Like their recent projects at 41 Bond Street and 345 West 14th Street (aka 345Meatpacking), that should yield a contextually-minded building that improves upon the neighborhood architectural lexicon.

In the case of 1558 Third Avenue — or 180 East 88th Street — the building will feature a distinguished stone facade. Massive arched windows will crown the structure, also lining the ground floor and one of the mid-levels, after the initial setbacks.

On the very top, the facade will continue past the arched windows, and the rooftop mechanicals will also be covered in a stone parapet. At the base, the building’s envelope will match the existing street-wall, with a set of staggered setbacks yielding to the intermediary level with arched windows. As the Second Avenue subway comes closer to completion, the Upper East Side should continue to boom. Luckily the product coming to market will cater to a relatively diverse range of incomes, ranging from the uber-rich for the (likely) astronomically-priced 1558 Third Avenue, down to the “ordinarily wealthy” for buildings like Related’s 203 East 92nd Street.

If any situation merits the repeal of New York State’s hard cap on residential density, one could make an excellent case for the eastern edge of the Upper East Side, which will soon become much more accessible with the opening of the Second Avenue Subway. As 1558 Third Avenue makes obvious, development pressure is already pushing price-points in the neighborhood’s new projects higher; allowing even larger buildings would help plug the gap between supply and increasingly pent-up demand.

As for 180 East 88th Street, no completion date has been announced, and per DDG, the building is “currently in its early stages.”