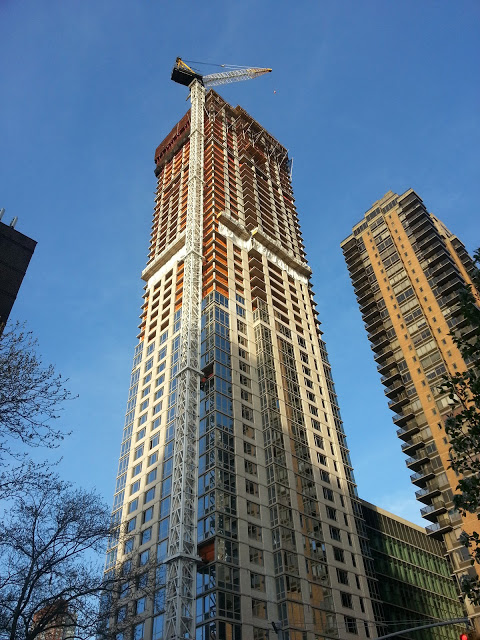 Glenwood’s new development at 160 West 62nd Street continues moving upwards, though the building’s vertical momentum is about to come to a halt—the tower is just shy of its final, 54th floor. The most obvious progress since the last update is the superstructure, though the facade has advanced as well. Despite exposed floor-plates the tower melds nicely with its neighbors, and will soon be joined by a 50-story neighbor one block to the south.

Exterior work looks to be wrapping up on Fordham’s new dormitory and law school, which is  already overshadowed by 160 West 62nd. With the addition of the planned highrises along Columbus Avenue, the new building will be all but invisible. The limestone facade continues to impress, and the dormitory component will help enliven West 62nd Street, which—besides construction workers—remains desolate.