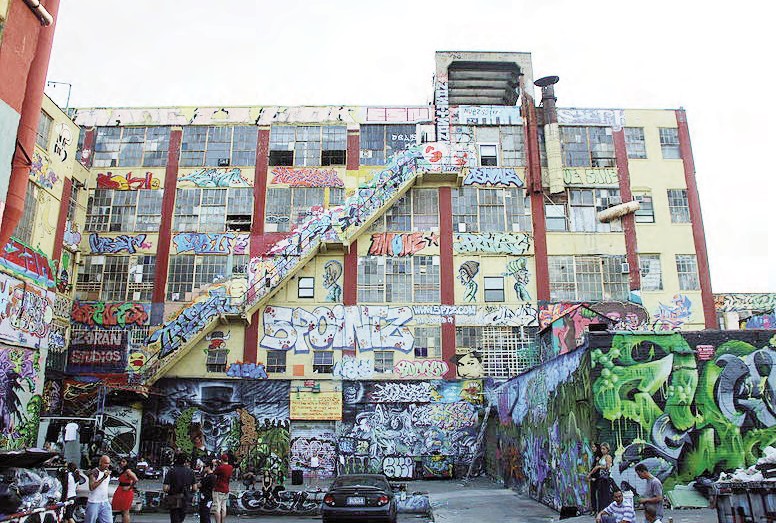 The city’s environmental review of the ‘5Pointz’ redevelopment in Queens has been published, and it contains the first glance at the graffiti mecca‘s eventual replacements. The Wolkoff family is developing the property, and attempting to change the zoning to allow for a total of 1,000 new residences in two towers—an increase of nearly 400 units from what is currently allowed—in addition to minor commercial space. The larger tower will rise 47 stories and 498 feet, with the smaller building coming in at 40 floors and 440 feet.

The proposal contains a provision for the inclusion of 2,280 square feet of ‘artist’ space, a small concession to the 5Pointz community, but nothing that compares to the open canvas of the warehouses today. With the new development, it does seem the old buildings will be completely torn down—though they are derelict and graffiti as an art remains a controversial topic.

Due to the proposal’s scope outside the approved envelope, the project will now begin winding its way through ULURP—the Uniform Land Use Review Procedure—where there will be significant public input. Given the site’s profile and relative historic value to New York’s art community, the project could see opposition atypical to Court Square, which remains a relative no-man’s-land in the midst of a development boom.

Unfortunately for graffiti fans, the Wolkoffs could also proceed with an as-of-right development featuring a single bulkier tower. 5Pointz will be razed, it’s just a matter of what replaces it—and the larger proposal would add more vitality to a neighborhood that remains rather desolate, which is how an old warehouse ended up covered in graffiti in the first place.

The only detailed rendering within the city’s report is subtitled ‘For Illustrative Purposes Only,’ so the final product will differ from what’s depicted below—still, it conveys the massing, and given the Court Square location the final designs probably won’t be all that different. Completion of the development is a long ways off, with initial plans aiming for delivery of both towers by 2017, and the site’s official address is 22-24 Jackson Avenue.