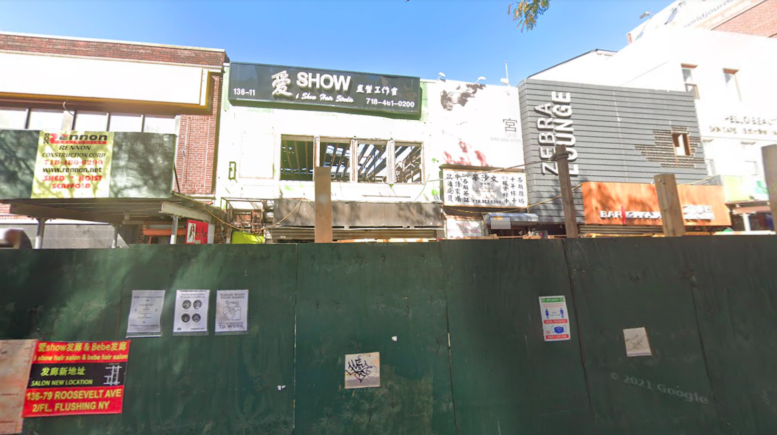 Permits have been filed to expand a two-story structure into a nine-story mixed-use building at 136-15 38th Avenue in Flushing, Queens. Located between Main Street and 138th Street, the lot is two blocks from the Main Street subway station, serviced by the 7 train. Yin Chou Hu of AAA General Construction Corp. is listed as the owner behind the applications.

The proposed 106-foot-tall development will yield 23,856 square feet, with 10,742 square feet designated for residential space, 8,239 square feet for commercial space, and 4,875 square feet for community facility space. The building will have ten residences, most likely condos based on the average unit scope of 1,074 square feet. The concrete-based structure will also have a cellar and a 29-foot-long rear yard.

Angelo Ng & Anthony Ng Architects Studio is listed as the architect of record.

Demolition permits will likely not be needed as the project calls for an expansion. An estimated completion date has not been announced.