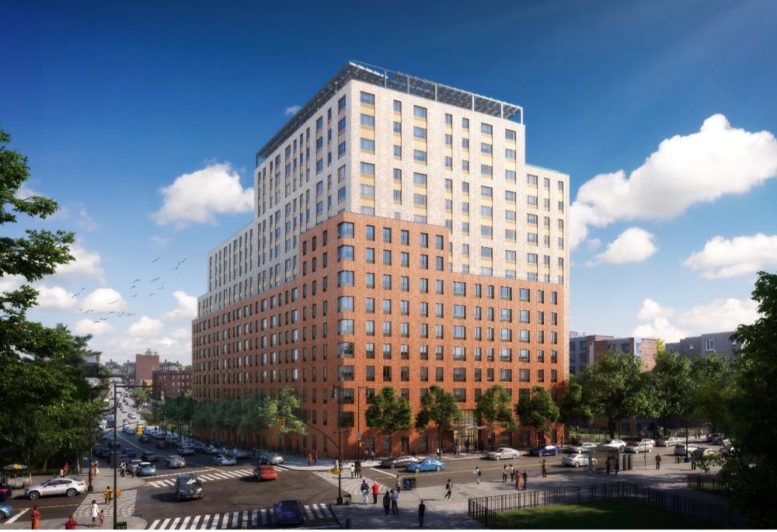 Phipps Houses has successfully closed on a $188 million financial package to complete the second phase of renovations at Lambert Houses. Located in the West Farms section of The Bronx, the affordable housing complex spans 12 acres of land near the Bronx Zoo.

The scope of renovations includes a complete overhaul of the 1970s complex and will create hundreds of new apartments. The property will eventually comprise 1,665 permanently affordable homes and 61,000 square feet of retail and community space. The final count of apartments will be more than double the original number of residential units.

Of the complex’s eventual 1,665 apartments, 728 will serve households that qualify for Section 8, including the current tenants of Lambert Houses.

“The redevelopment of the Lambert Houses complex is a once in a lifetime opportunity to correct the flaws of the Urban Renewal Era and create better community connections and services for our residents,” said Adam Weinstein, president and CEO of Phipps Houses. “We hope this project will be a model for other large-scale housing providers to see that when you have available land, you can transform a development to a higher aspiration: to produce even more affordable housing and to better serve the residents of the complex.”

The original Lambert Houses were exhibiting pervasive signs of age and deterioration throughout the complex. This included outdated structural and mechanical systems, poorly designed open space, and security issues created by a maze-like series of buildings, many interconnected by narrow hallways, with 14 separate addresses.

Led by Dattner Architects, the new Lambert Houses are designed to re-integrate the buildings with the streetscape and neighborhood.

Phase two specifically includes the construction of a new 16-story building at 2080 Boston Road. The building will house 279 affordable units available for existing Lambert tenants. A total of 42 apartments will be reserved for formerly homeless households. Available units will range from one- to four-bedroom layouts.

Residents will also have access to a new landscaped courtyard with play areas for children, bike storage, a fitness center, laundry rooms, and on-site parking. The new building will also feature modern security systems for tenant safety, energy efficient lighting and appliances, and low carbon emissive mechanical systems in line with the city’s goal of curbing the carbon footprint of multifamily residential buildings.

“The redevelopment of Lambert Houses exemplifies the city’s commitment to both create and preserve quality affordable housing,” said HPD commissioner Louise Carroll. “Existing residents have the peace of mind that they can remain in an affordable home that is now safer, upgraded, and more energy efficient, while hundreds of additional opportunities open up for New Yorkers looking for an affordable home.”

The first phase of renovations was completed in August 2019.

“The Lambert Houses project is a great example of how the public and private sectors can collaborate with communities to drive transformational impact in their neighborhoods,” said Michael Lohr, managing director at Goldman Sachs Asset Management. “We are proud to partner with Phipps, HPD, and HPC to increase the quantity and quality of affordable housing in the city and usher in a new era for the Lambert Houses and the West Farms neighborhood.”

Construction for phase two is expected to begin in January with an expected completion in mid-2024. Phipps Houses has relocated all residents of the now-demolished buildings at 2080 Boston Road in anticipation of the construction of the new building.