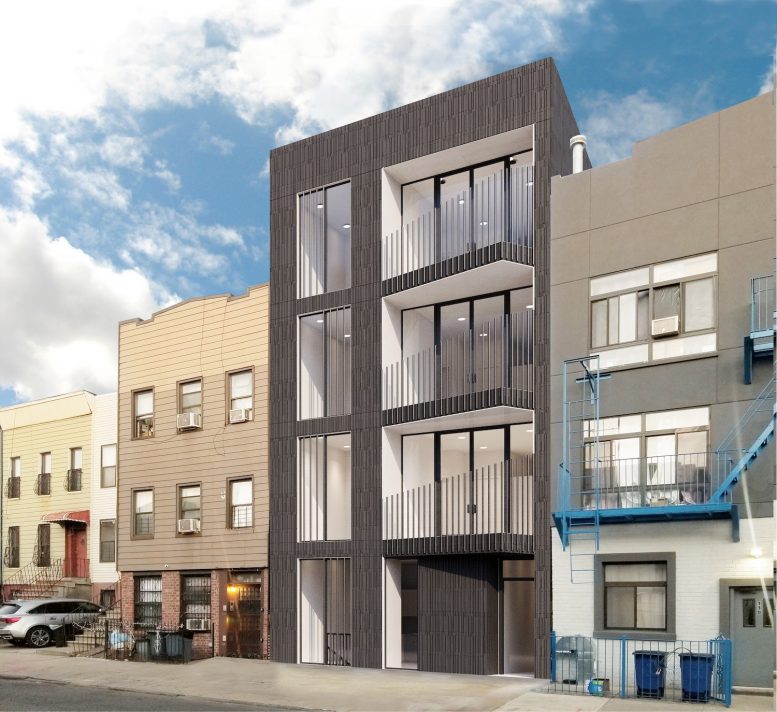 Permits have been filed for a four-story residential building at 112 Cooper Street in Bushwick, Brooklyn. Located between Central Avenue and Evergreen Avenue, the interior lot is two blocks from the Wilson Avenue subway station, serviced by the L train. 112 Cooper LLC, a joint venture between Tal Bloch and Aaron Yassin, is listed as the owner behind the applications. 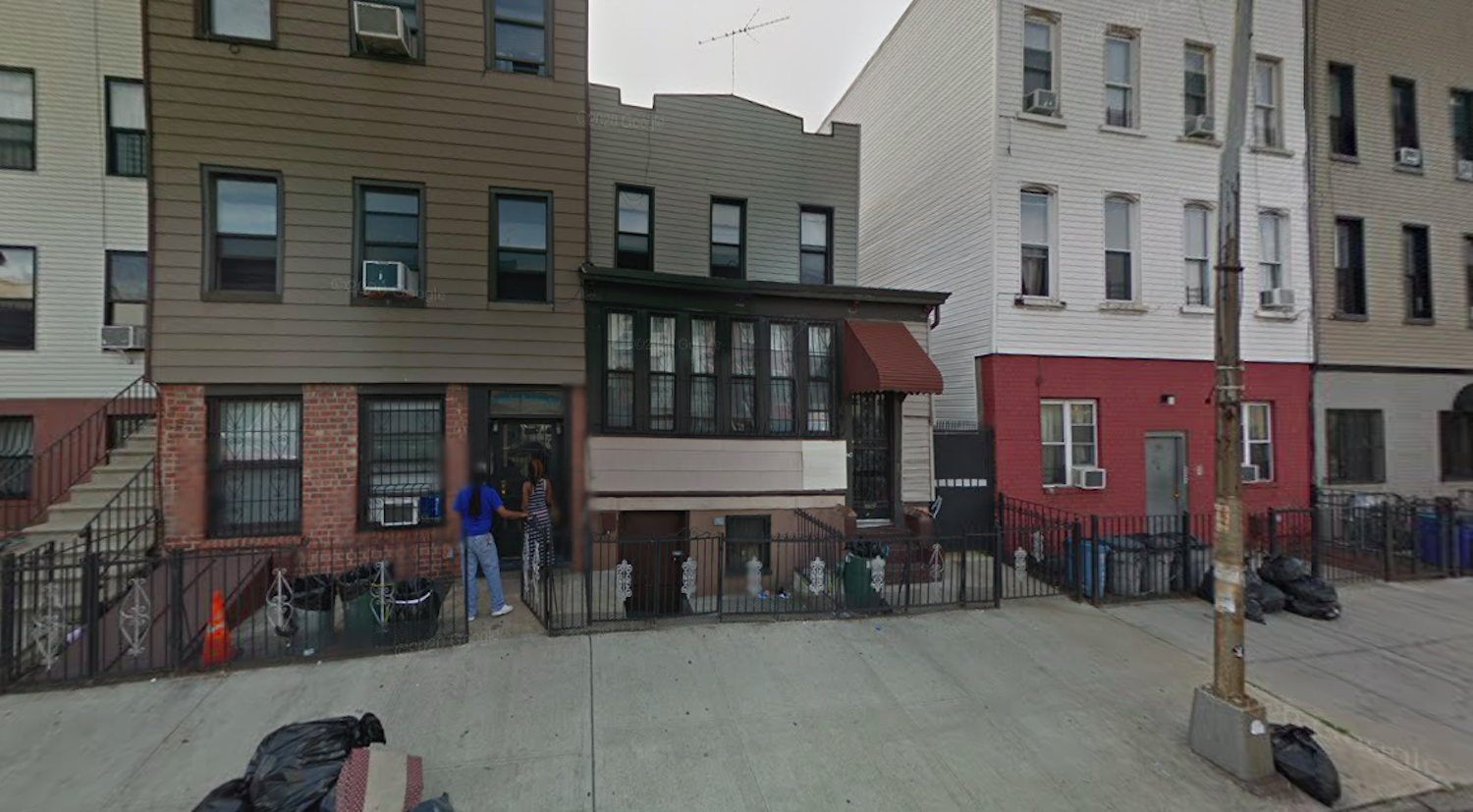 The proposed 55-foot-tall development will yield 5,400 square feet designated for residential space. The building will have eight condominium residences, with an average unit scope of 675 square feet. Layouts in the masonry-based structure include one two-bedroom penthouse with a private terrace, five one-bedrooms, one one-bedroom with a recreation room and rear yard, and one studio with a recreation room. Six of the eight units will have private outdoor space.

The project is being designed by Aaron Yassin and Armand Graham of ATMOS Design. Renderings depict a dark facade with floor-to-ceiling windows and angled balconies.

Demolition permits were filed in August for the two-story residential building on the site. The development is estimated to be completed by March 2023.

Be the first to comment on "Permits Filed for 112 Cooper Street in Bushwick, Brooklyn"