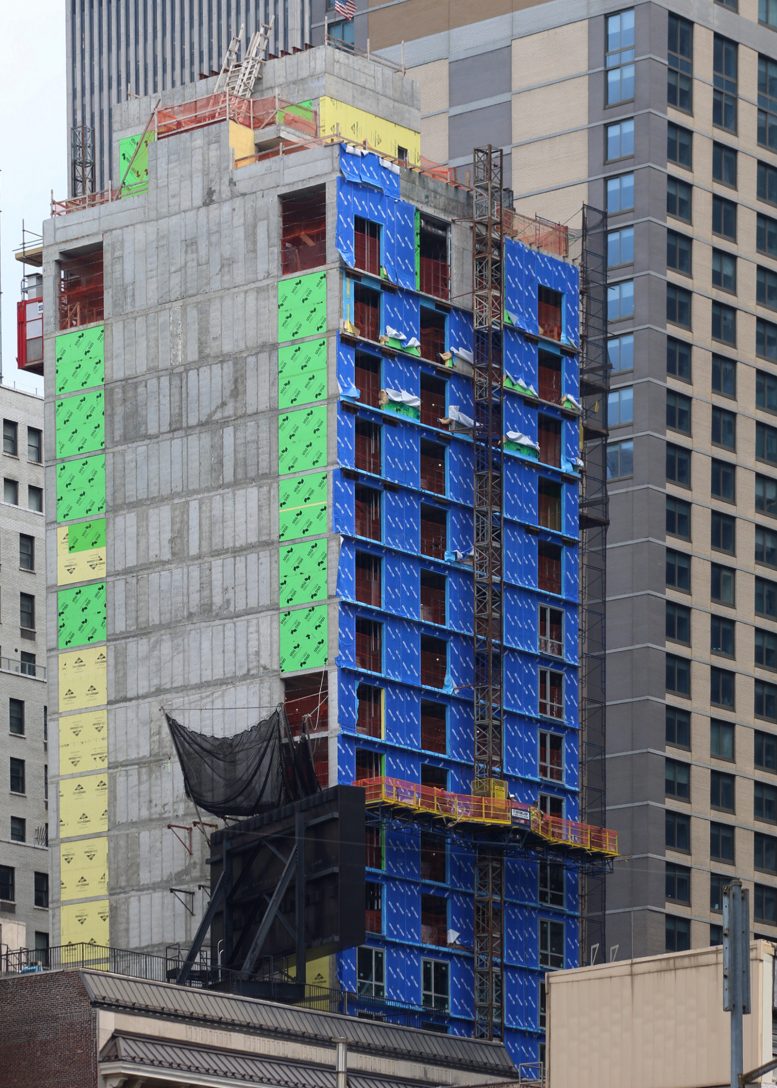 Façade installation is progressing on 223 West 46th Street, a 20-story Marriott SpringHill hotel in Times Square. Designed by Gene Kaufman Architects and developed by McSam Hotel Group, the project will yield 70,000 square feet and 200 guest rooms. The property is located between Seventh and Eighth Avenues and is a short walk from the pedestrian plazas and retail stores that line Times Square’s iconic intersection of Broadway and Seventh Avenue. Zhong Wang Construction Services Inc. is the general contractor.

Since our last update in December 2020, the reinforced concrete superstructure has topped out and its brick façade and window grid are making their way up the main northern elevation. At the time of the last post, it was still supposed that the building would stand 34 stories as shown in the rendering, though the final outcome is significantly shorter. 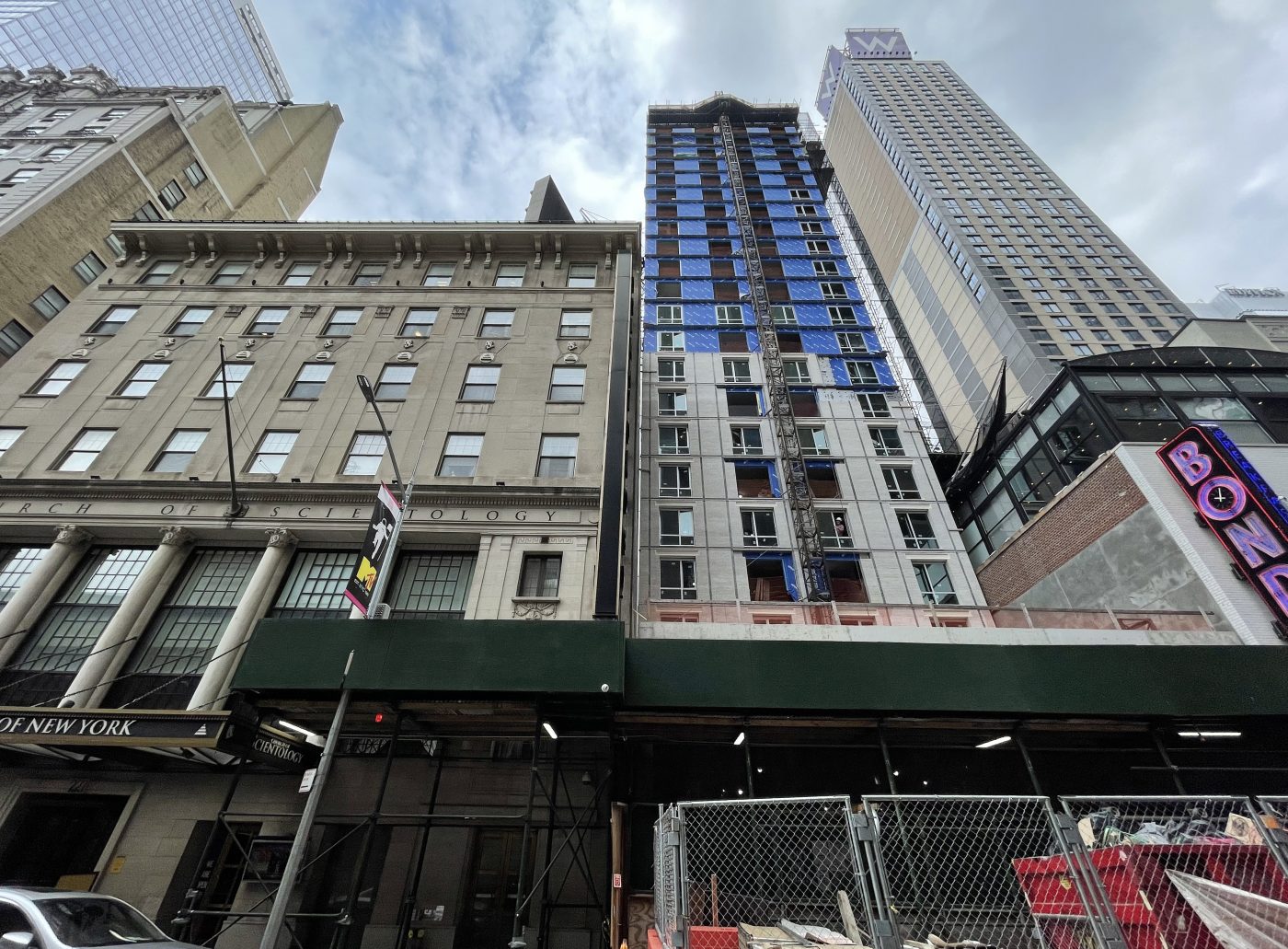 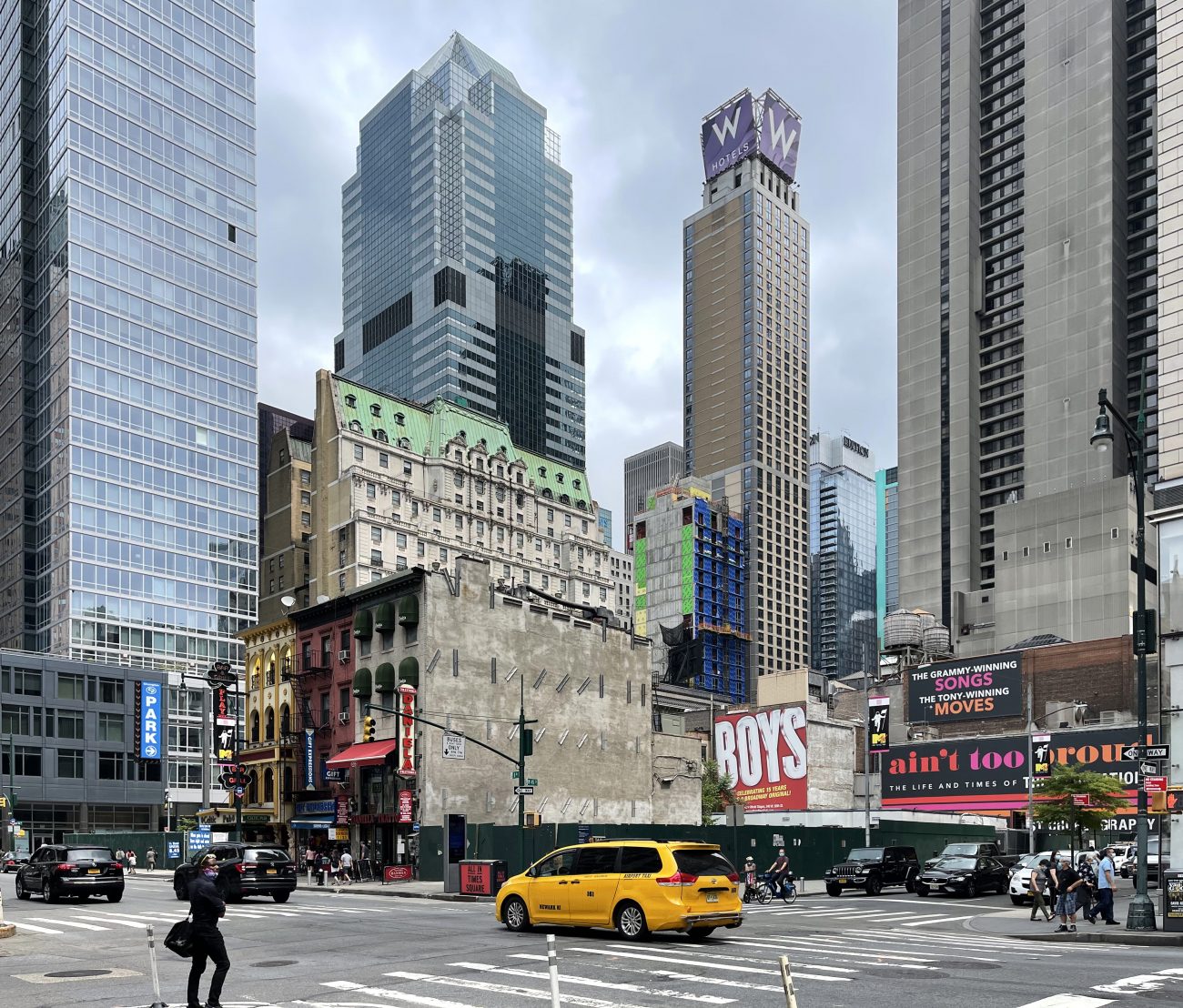 The blue waterproof membrane continues to be placed on the flat concrete surfaces, while the suspended scaffolding rig can be seen at the top of the edifice. 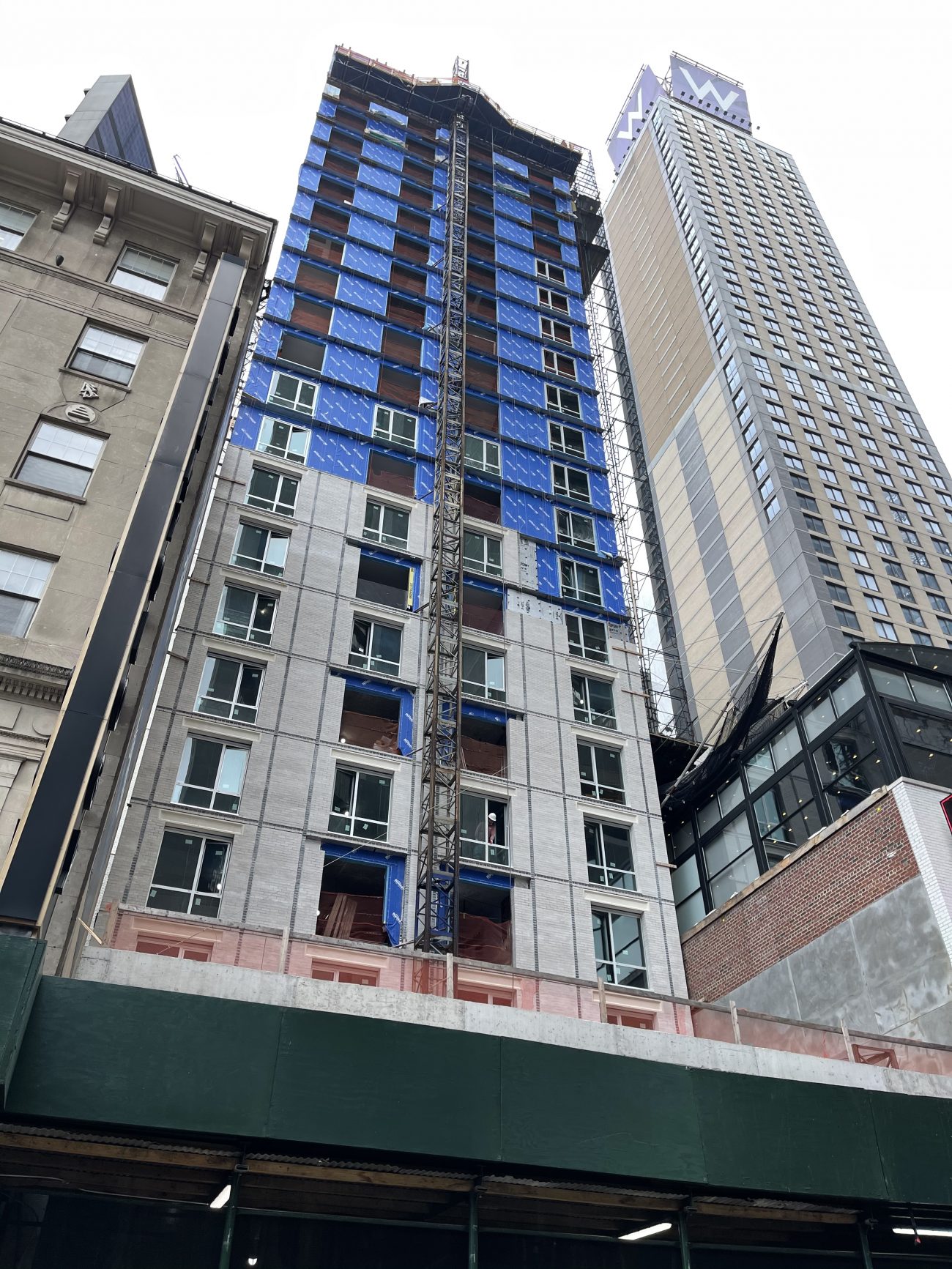 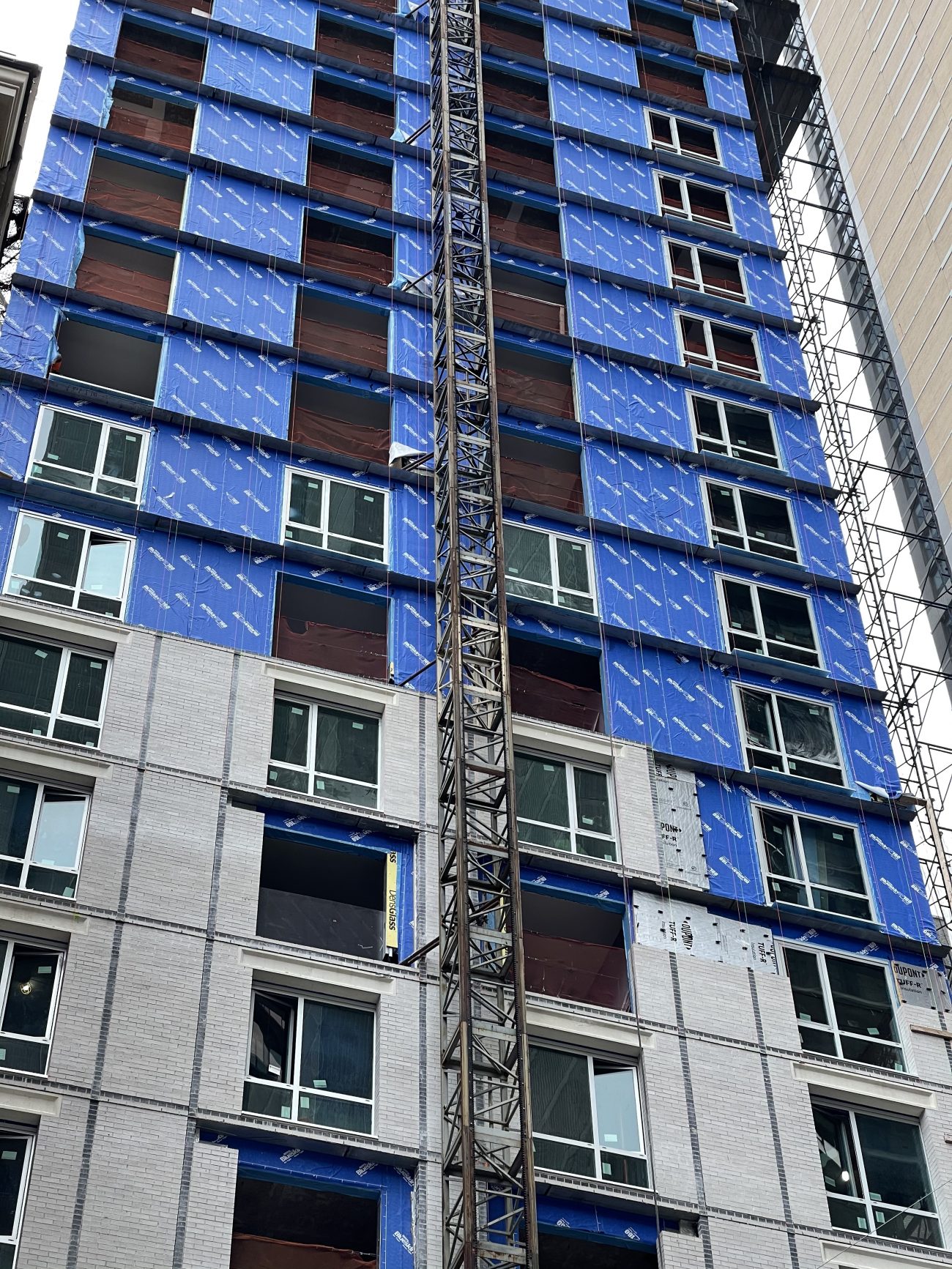 The bottom half of 223 West 46th Street is largely enclosed and gives us a good idea of how the rest of the envelope will look. The façade is composed of light-colored brick with darker brick arranged in intersecting lines between the windows. 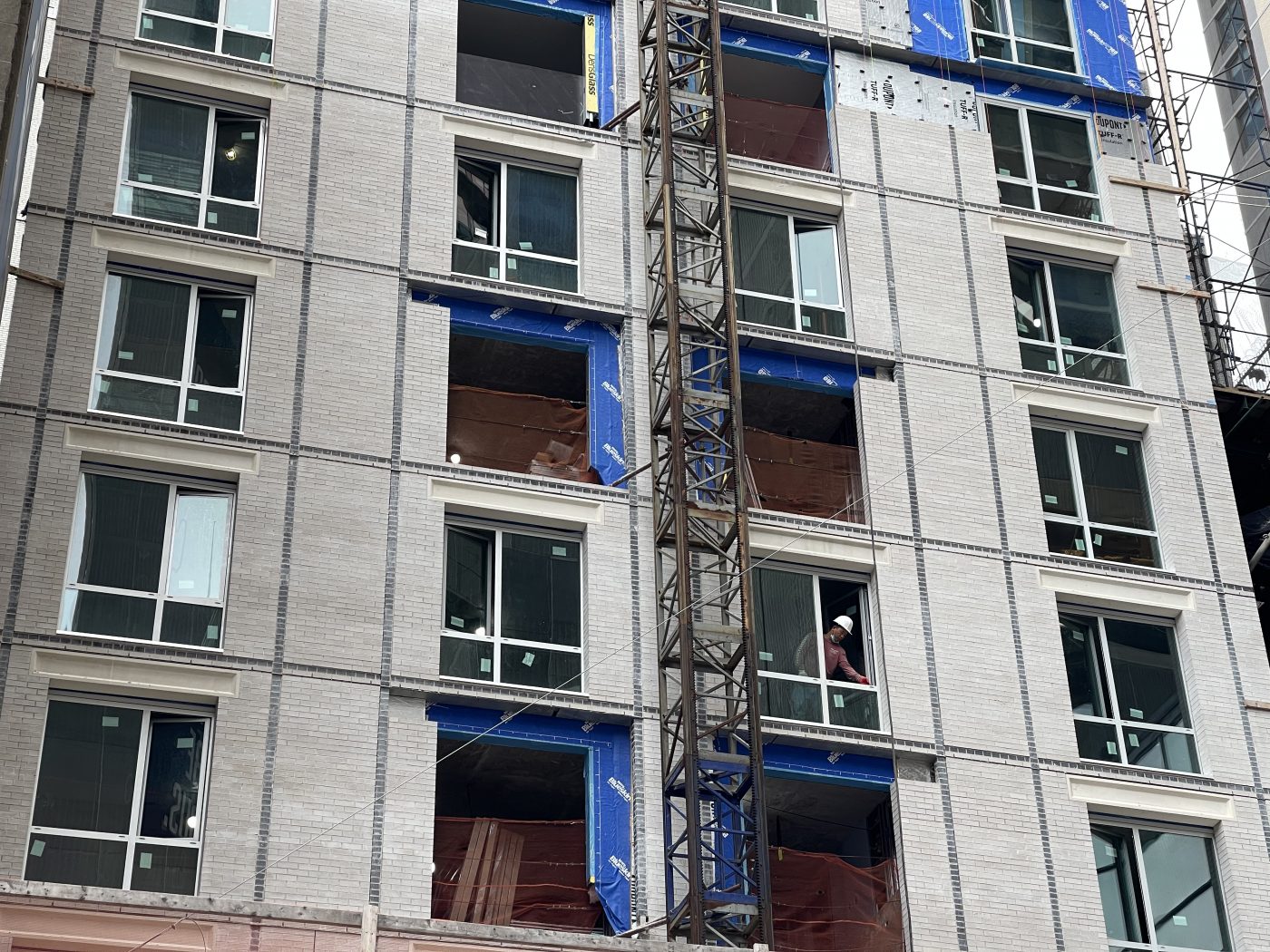 At street level are deliveries of bricks awaiting to be laid. The eastern and western sides will likely be left as blank concrete walls. 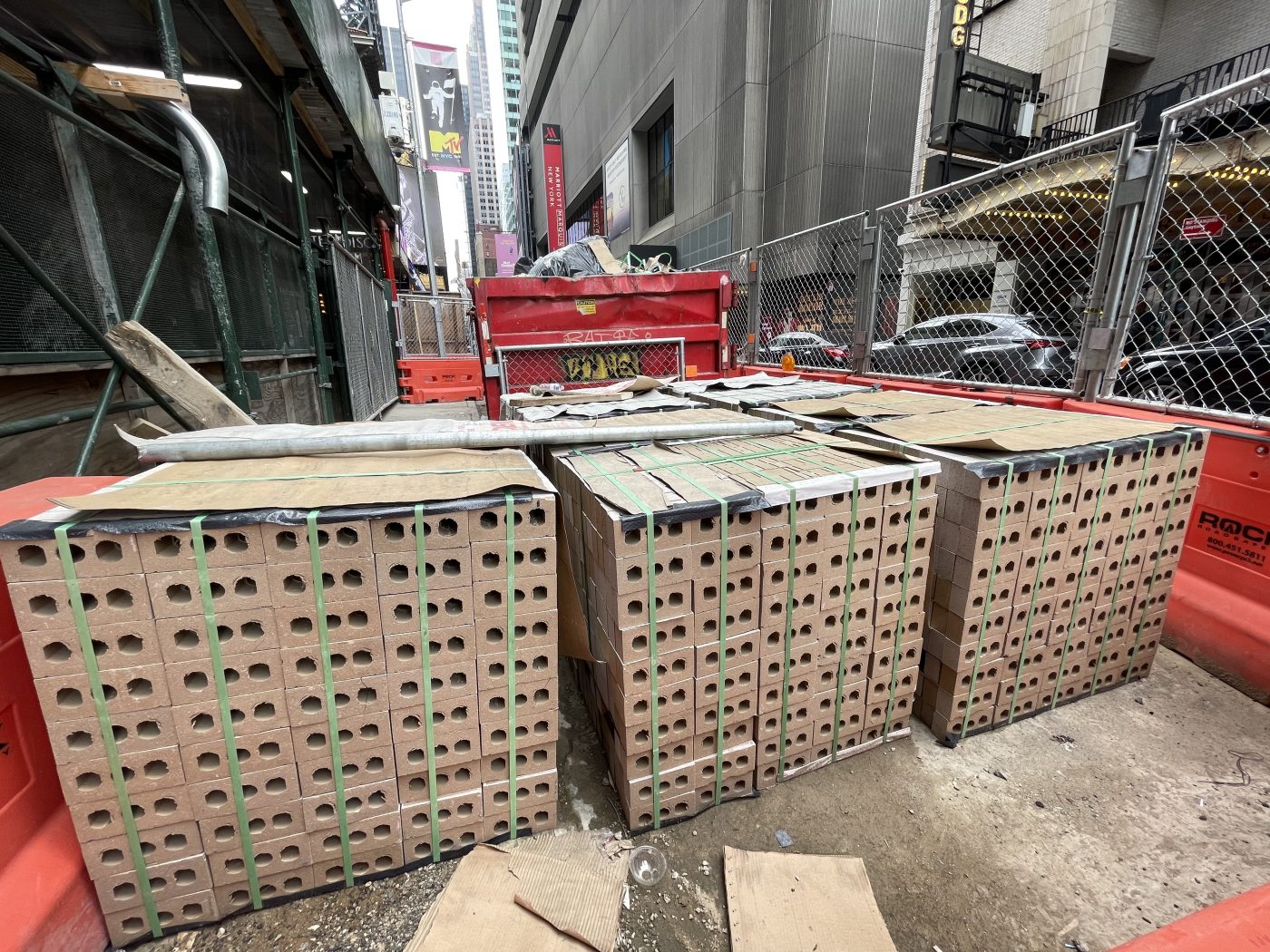 The bricks for the facade of 223 West 46th Street. Photo by Michael Young

Below is the rendering of the taller concept for the structure. This version also appeared to be clad in metal paneling, akin to several of Gene Kaufman’s other hotel projects in New York. The brick façade is a nice departure from this trend.

The hotel is conveniently located around a host of subways including the A, C, E, N, Q, R, S, W, 1,2, 3, and 7 trains underneath 42nd Street between Seventh and Eighth Avenues. Also nearby to the south is the Port Authority Bus Terminal.

223 West 46th Street is planned to be finished this winter, as noted on the construction board.