Designed by dencityworks, the 17-story building will deliver approximately 420 units and up to 126 affordable homes. The apartments will be reserved for individuals and households that qualify as low- and middle-income. Specific income caps will range from 40 to 100 percent area median income (AMI), which is between $42,960 and $107,400 for a family of three.

In response to feedback from local community groups, the property will not include studio apartments. Instead, available floorplans will range from one- to three-bedroom spreads.

“We are thrilled by the community board’s unanimous approval after more than a year of engagement, collaboration, and discussion with area residents and leaders,” said Tucker Reed, co-founder and principal at Totem, the primary development firm responsible for the project. “As we move through the rest of the ULURP process, we will continue working with the community board to deliver a development we can all be proud of; one that provides housing, pedestrian accessibility and safety, green design, and jobs.”

Members of the development team also include the Bedford-Stuyvesant Restoration Corporation and St. Nicks Alliance. 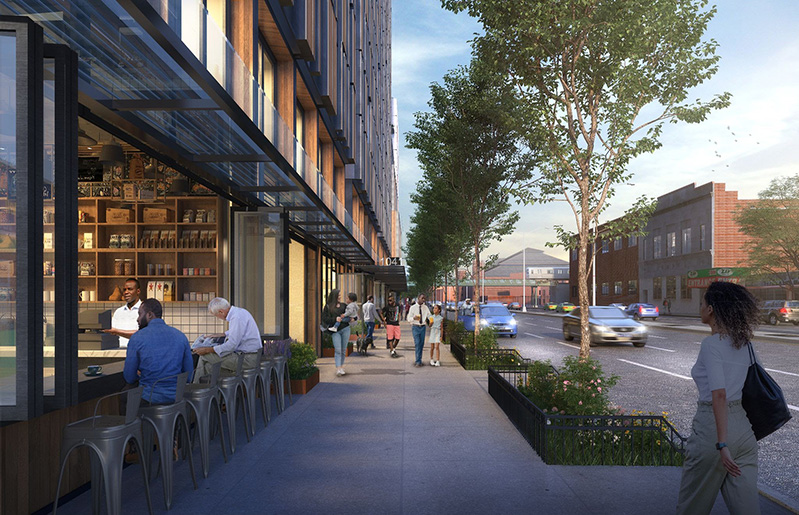 With a focus of sustainable design, the building is poised to become the neighborhood’s first fully electric building. To accomplish this, the structure incorporates state-of-the-art microgrid battery technology that feeds energy back into the local grid. The system will be managed by Microgrid Networks, or MGN, a local business that develops, constructs, and operates clean energy generation and storage systems. Additional green design features include wood-composite exterior cladding, multiple green roofs, and rainwater collection systems.

“After being an integral part of this community for over 50 years, we have seen how thoughtful, community-focused developments such as 1045 Atlantic can benefit our neighbors in creating much-needed workforce housing,” said Colvin Grannum, president and CEO of Bedford-Stuyvesant Restoration Corporation. “Central Brooklyn is continuing to emerge as a thriving hub for job creation, housing opportunity, and general economic development, and we are confident that in working with this project, we can build on that progress to help preserve the presence of low- and moderate-income households in Bedford-Stuyvesant.”

The project will be presented for a vote at Borough President Adams’ public ULURP hearing on Wednesday, July 7. 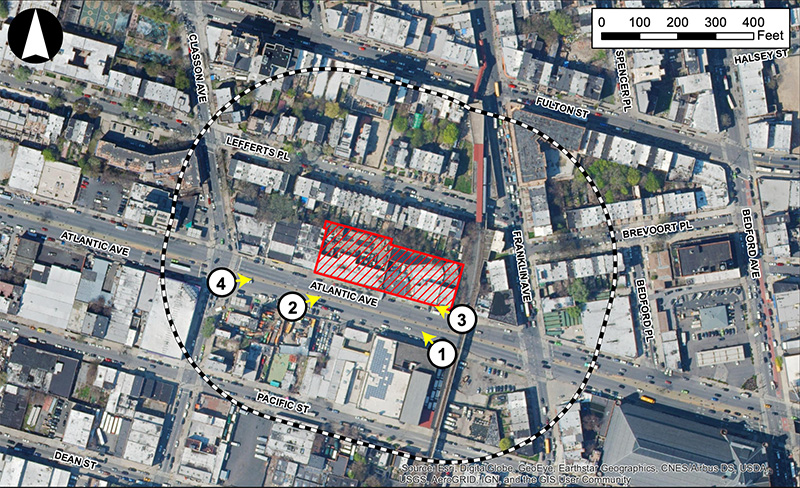