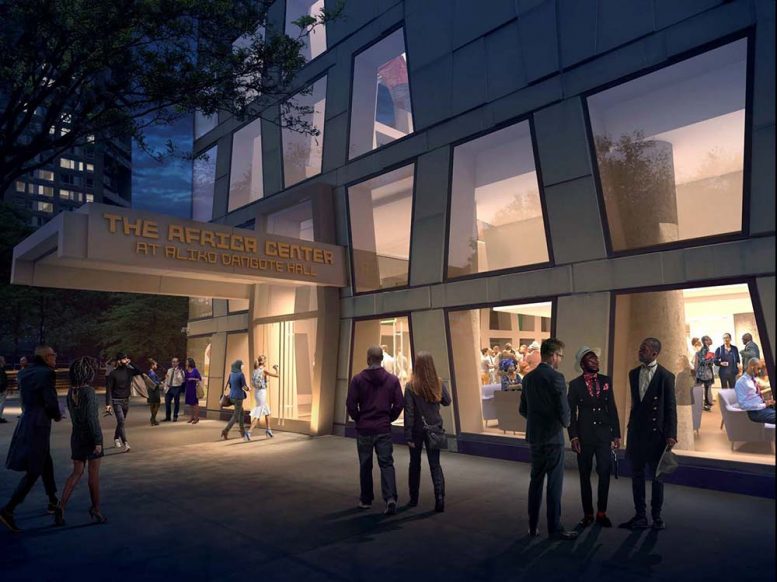 The Africa Center has commissioned Caples Jefferson Architects to complete new spaces within the property to support a lush calendar of exhibitions, performances, and educational events. Located at 1280 Fifth Avenue on Manhattan’s Upper East Side, The Africa Center occupies 70,000 square feet of the building and is spread across three floors.

Caples Jefferson Architects is exclusively responsible for the museum’s interior spaces and a 4,000-square-foot outdoor terrace that overlooks Central Park.

The greater building at 1280 Fifth Avenue stands 19 stories tall and is designed by Robert A.M. Stern. Above the cultural center the building houses One Museum Mile, a 114-unit condominium property with a roof-level pool, a fitness center, cold storage, a children’s playroom, and on-site parking facilities. 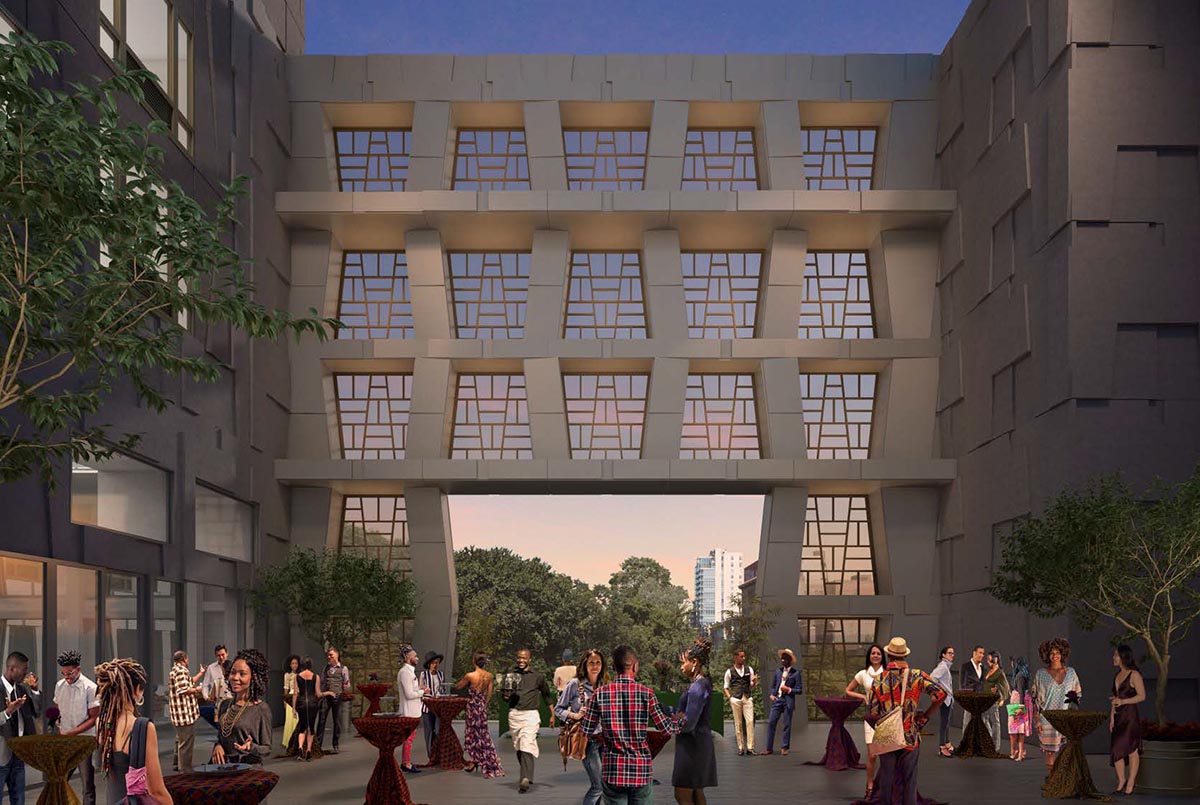 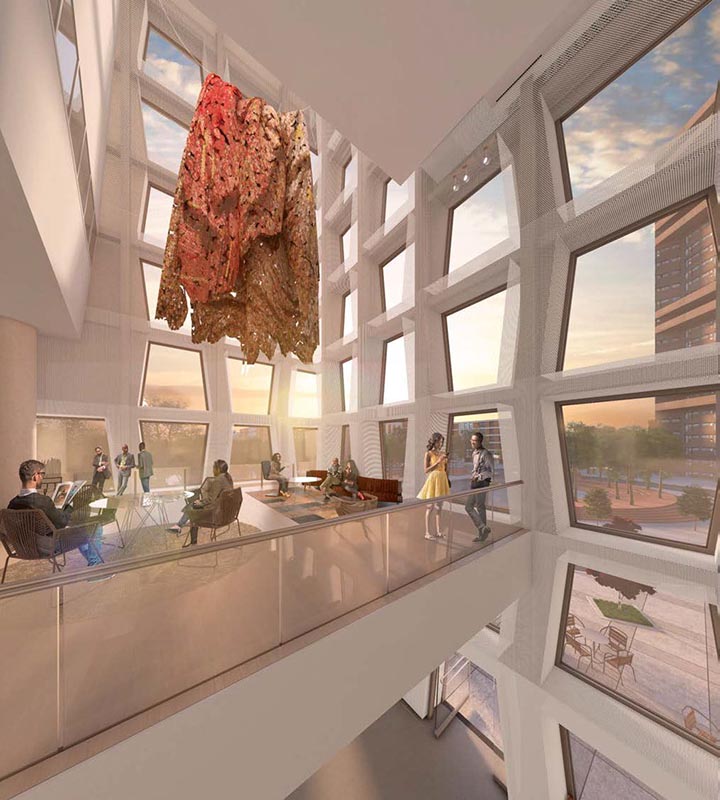 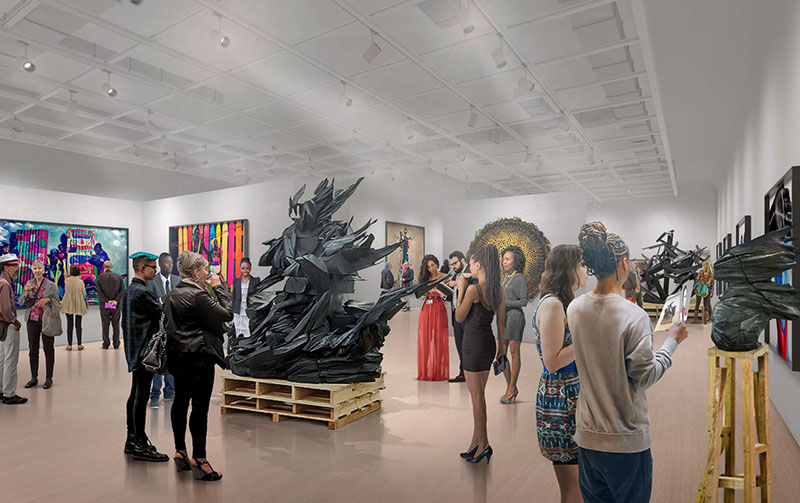 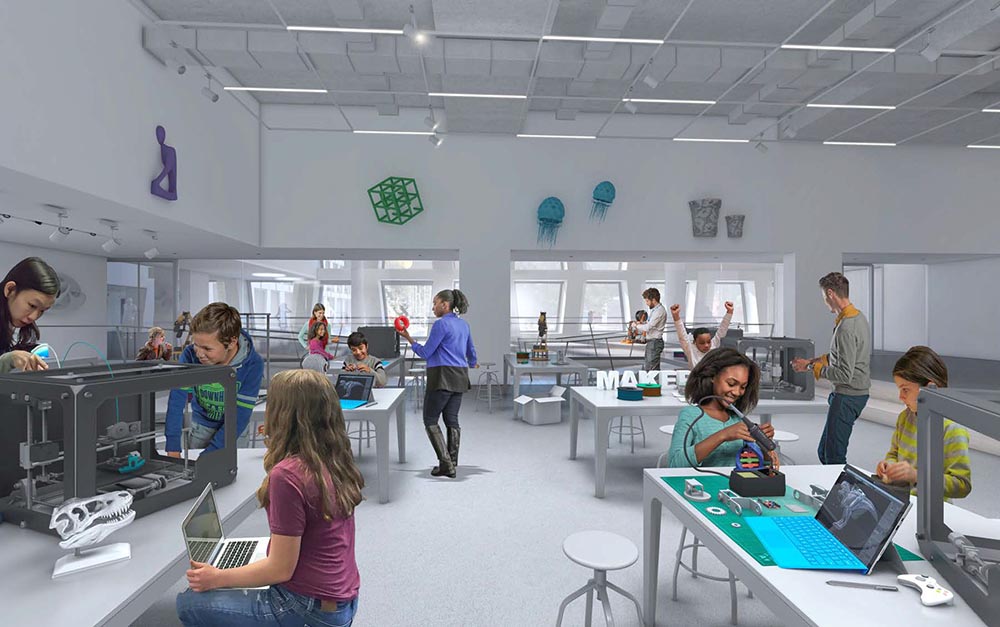 The center’s core mission is to transform and expand the understanding of the African Diaspora, the role of people of African descent in the world, and the advancement of Africa-forward policies and an intercontinental exchange of ideas. To date, The Africa Center is the first museum to be constructed along Museum Mile since the Guggenheim Museum in 1959.

Since launching its inaugural programming in 2019, the center has presented a series of performances, art installations, film screenings, and book signings among other public engagements. Teranga, the building’s ground-floor restaurant, hosts its own schedule of private tastings and cooking demonstrations that have garnered critical acclaim.

Like many public venues in the New York City area, the center remains closed as a result of the global health crisis. The Board of Directors has not commented on when the facility might reopen.