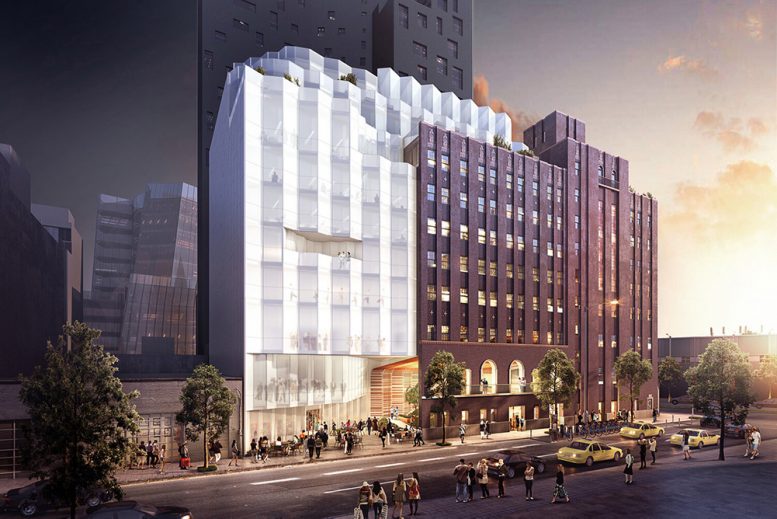 The years-long initiative to renovate and repurpose the defunct Bayview Correctional Facility in Chelsea may never be revived following an abrupt cancellation by the NoVo Foundation and Goren Group in 2019. Referred to as the Women’s Building, the redevelopment at 550 West 20th Street would have repurposed and expanded the former all-female prison.

According to the NoVo Foundation, the goal of the project was to transform the former facility into “a permanent home for the girls’ and women’s rights movement in New York City.” As part of the development, the foundation launched an international design competition to help select the best possible design for the new building. Finalists included Deborah Berke Partners and BKSK Architects, in addition to a collaborative entries from WORKac with A(n) Office and Spacesmith with Davis Brody Bond and ARExA.

In July 2016, the NoVo Foundation and Goren Group announced Deborah Berke Partners as the winner of The Women’s Building International Design Competition, but that design team has not released any official renderings of the cancelled project.

The Spacesmith, Davis Brody Bond, and ARExA team interpreted the structure’s fortress-like massing as the project’s greatest challenge and sought to maximize the flow of natural light into the building. The architects proposed the construction of a “mirrored volume” with a glass-enclosed vertical expansion and a large central atrium. Renderings of the new volume depict a serrated glass curtain wall, several setback terrace levels, and a dramatic landscaped entryway. 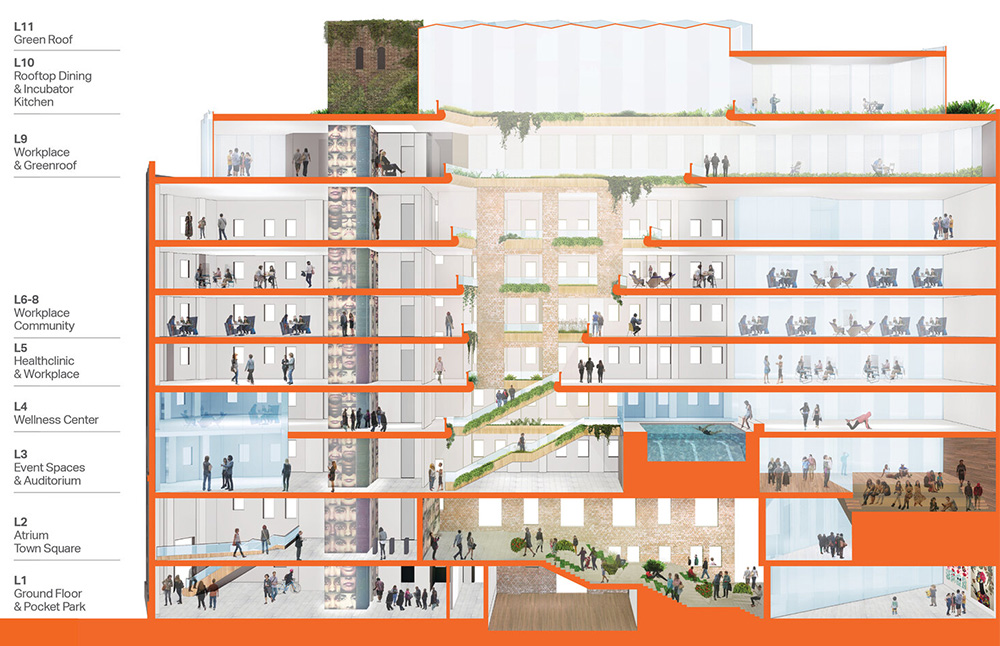 The other half of the structure would have remained intact with modifications to the brick façade including a new window system, thorough refurbishment of masonry elements, and new arched windows that open up into a stepped interior park.

Within, the architects designed a theater, flexible gallery and event spaces, dining area, a childcare center, and a retail component. A wellness center at the fourth floor was designed with a large pool, fitness rooms, and lounge areas. The roof of the structure would have also supported a large community garden.

Stepped park at the entry level of the Women’s Building as proposed by Spacesmith; Davis Brody Bond; ARExA

Interior view of workspaces and central atrium at the Women’s Building as proposed by Spacesmith; Davis Brody Bond; ARExA

In October 2019, the NoVo Foundation announced the cancellation of the project upending the widely supported initiative.

“Timelines and budgets for this project have far exceeded original estimates,” reads a statement from the NoVo Foundation. “We know that a responsible development plan would take five more years, and hundreds of millions of dollars, to complete. That means fewer resources would be available for direct grantmaking to organizations facing daily and urgent challenges.”

The foundation has instead decided to reroute the $50 million dollars of capital raised for the initiative to continue other projects that can directly facilitate girls and women in need. 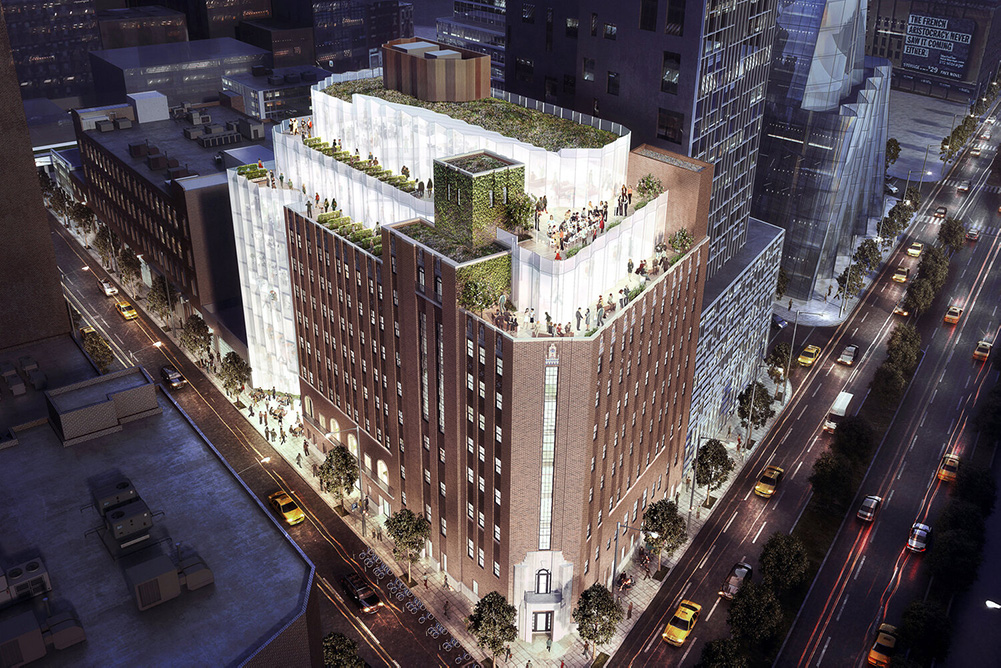