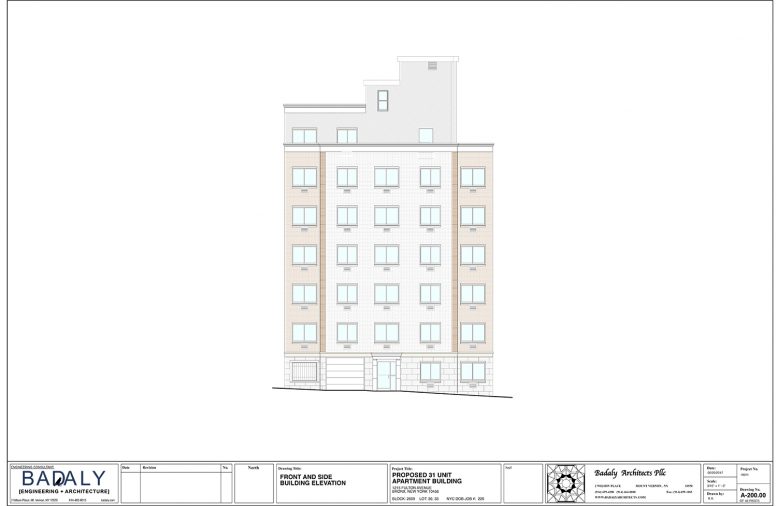 Permits have been filed for a seven-story residential building at 1215 Fulton Avenue in Morrisania, The Bronx. Located on the corner of Fulton Avenue and East 168th Street, the Freeman Street subway station is just over a half mile away, serviced by the 2 and 5 trains. Hajdar Bajraktari of Bajraktari Realty is listed as the owner behind the applications.

The steel-structure development will yield 23,468 square feet, with 20,985 square feet dedicated to residential space. 31 units will be created, averaging 677 square feet each in the 67-foot tall structure. Based on the average unit size, these will most likely be rentals. 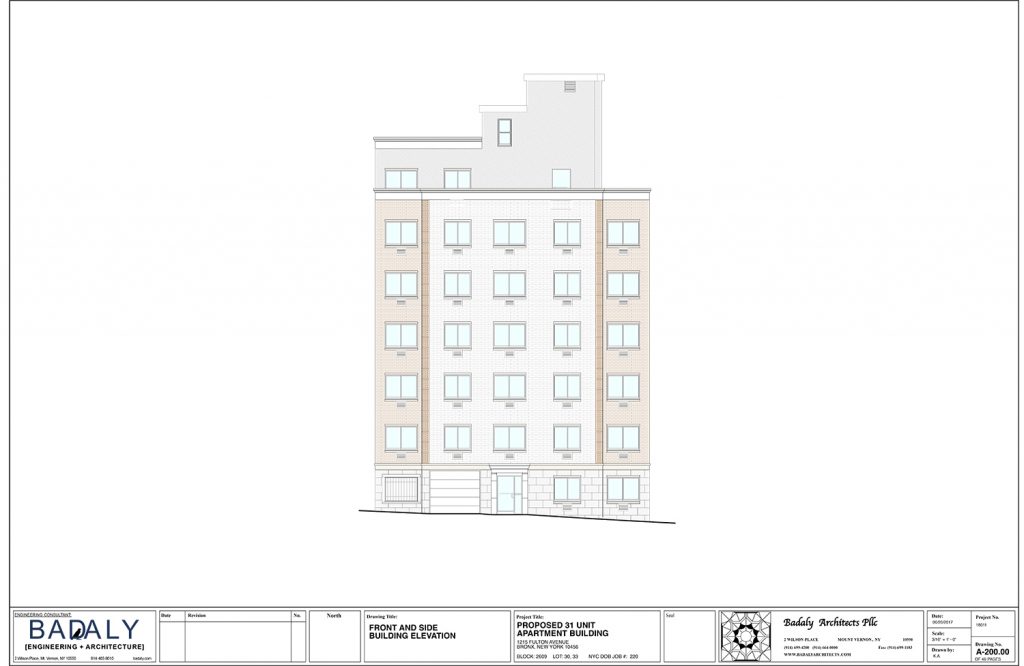 Badaly Architects is listed as the architect of record. A recently released rendering from the Bronx-based firm reveals plans for a multi-hue brick facade with stonework on the cellar floor. On the rooftop there will be a recessed three-story parapet.

No demolition permits have been filed as of yet. An estimated completion date has not been announced.

3 Comments on "Rendering Revealed for 1215 Fulton Avenue in Morrisania, The Bronx"

Housing Lottery Launches for Third at Bankside, at 2401 3rd Avenue in Mott Haven, The Bronx

Housing Lottery Launches for Cyrus Place at 4697 3rd Avenue in Fordham, The Bronx