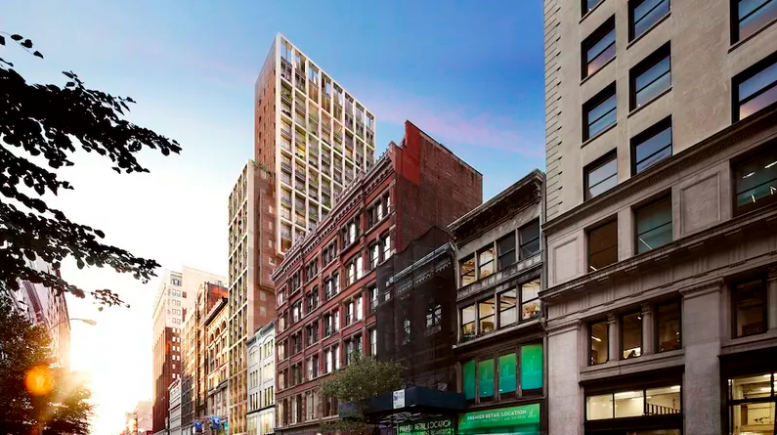 Anbau Enterprises is officially moving forward on 41 West 23rd Street, in Chelsea, over three years after the site’s re-design passed the Landmark Preservation Commission. Located half a block away from the Flatiron Building and less than two avenues away from four different subway stations on 23rd Street, the lot has been expected to yield something interesting for about a decade, which means actual progress is very welcome. 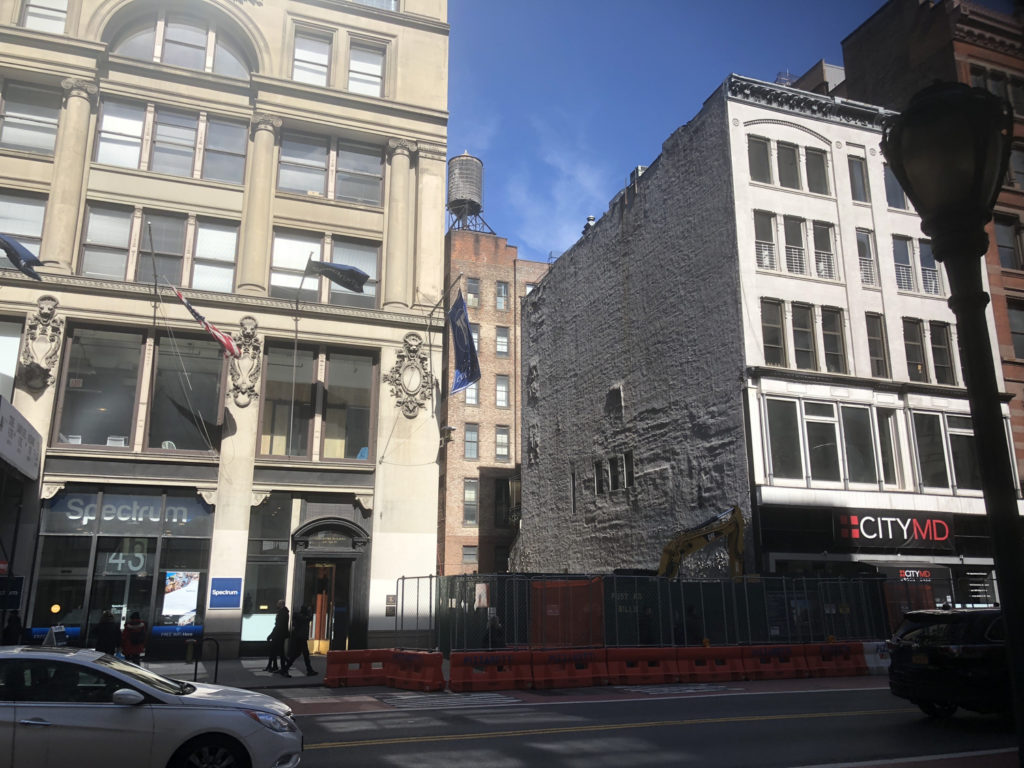 Anbau acquired the site from Horizen Global in 2011 for $23.4 million. The original plan was for bulbous glass hotel by architect Carlos Zapata, popularized by its nickname, the Pope’s Hat.

That initial design is partially why the site was somewhat controversial, and sat fallow for so long. Despite the creativity of Zapata’s idea, the final design by COOKFOX is substantially more in tune with the extant neighborhood surrounds. 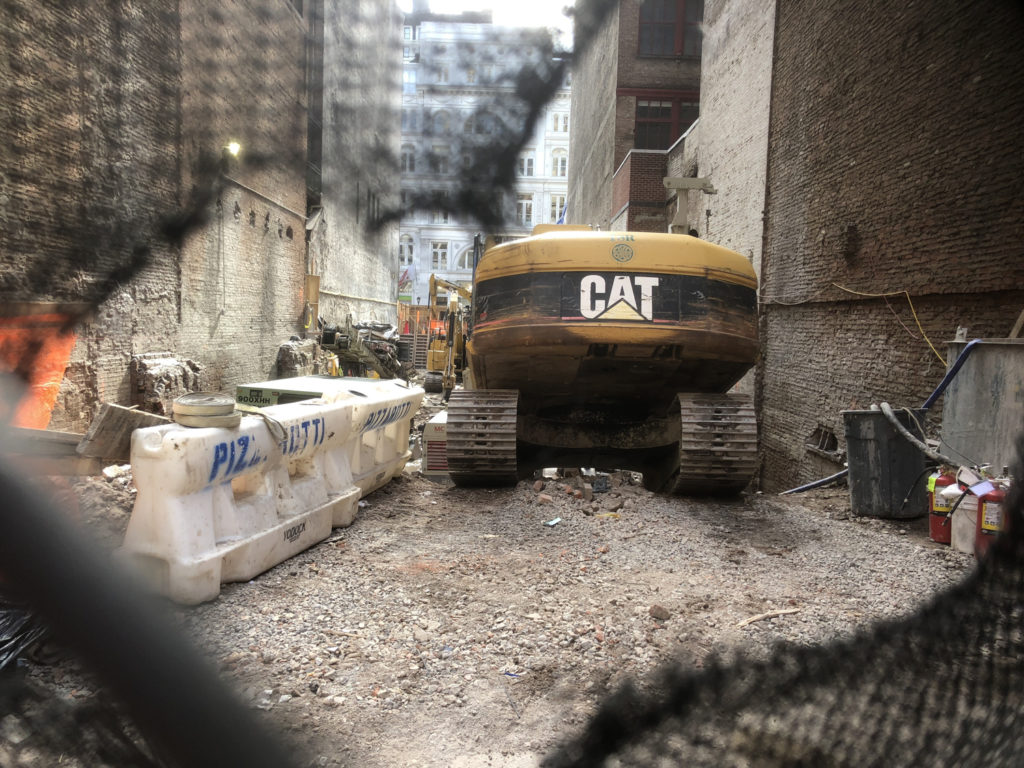 Excavation is now in full swing, with extensive machinery having arrived on site. Completion is likely by about 2021. Once finished, the building will be a sizeable addition to the neighborhood, rising just seven feet shorter than the Flatiron Building.

5 Comments on "Excavation Begins for Long-Awaited Tower at 41 West 23rd Street, in Chelsea"